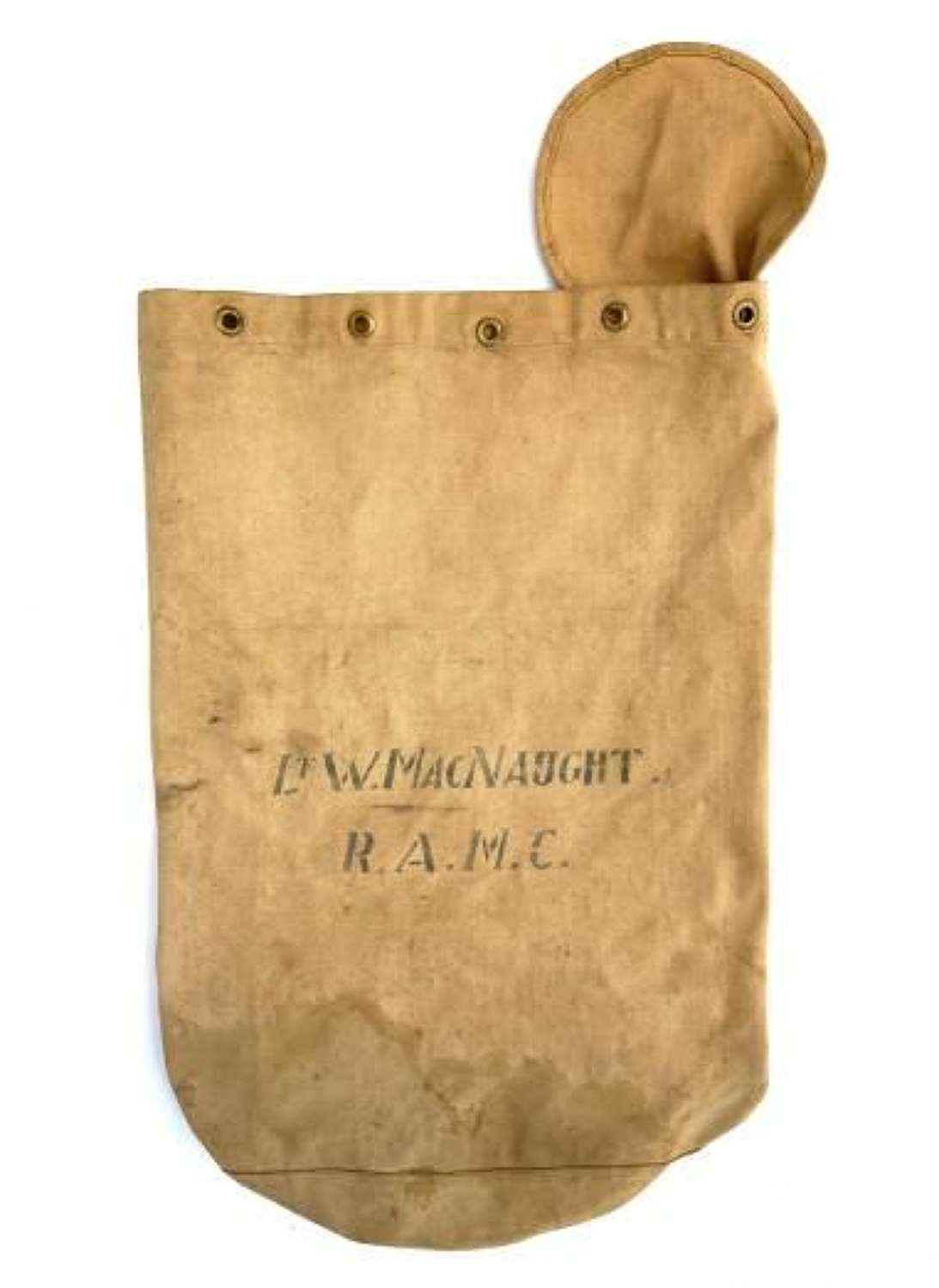 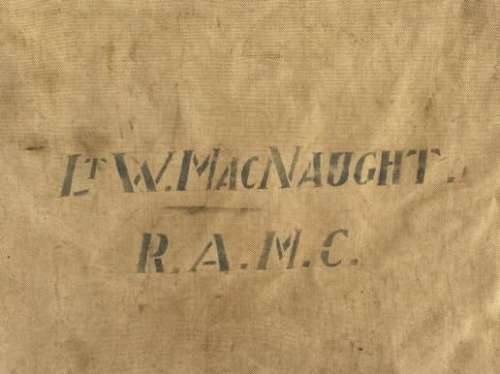 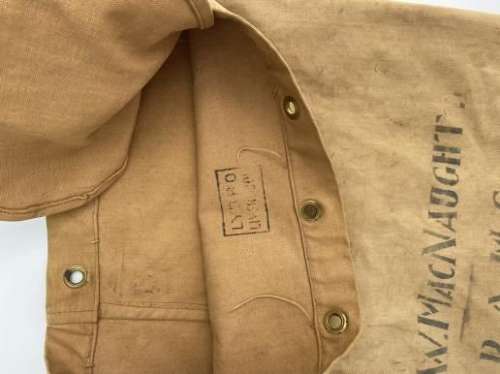 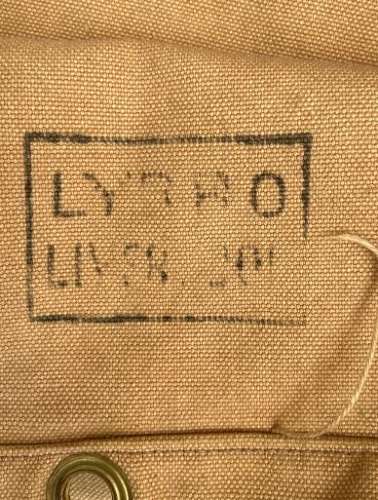 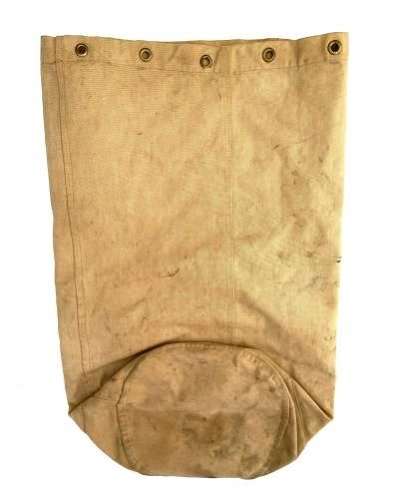 An original khaki coloured British Army kit bag made by Lybro and dating from around the time of the Great War.

This kit bag is the shorter pattern used from around the turn of the century and throughout the First World War. By the Second World War the shape had changed with the bags becoming longer and less stout.

This example is made from a heavy khaki coloured canvas and features brass eyelets. The original owners name is stenciled to the front and reads 'Lt W. MacNaught R.A.M.C.' which may be researchable.

The interior bears the original manufacturers stamp which reads 'Lybro Liverpool'. Lybro were a prolific manufacturer of workwear throughout the first half of the 20th Century.

The bag is in nice condition and displays well with only limited signs of wear and use.

Altogether a nice period item which would make a good addition to a collection.