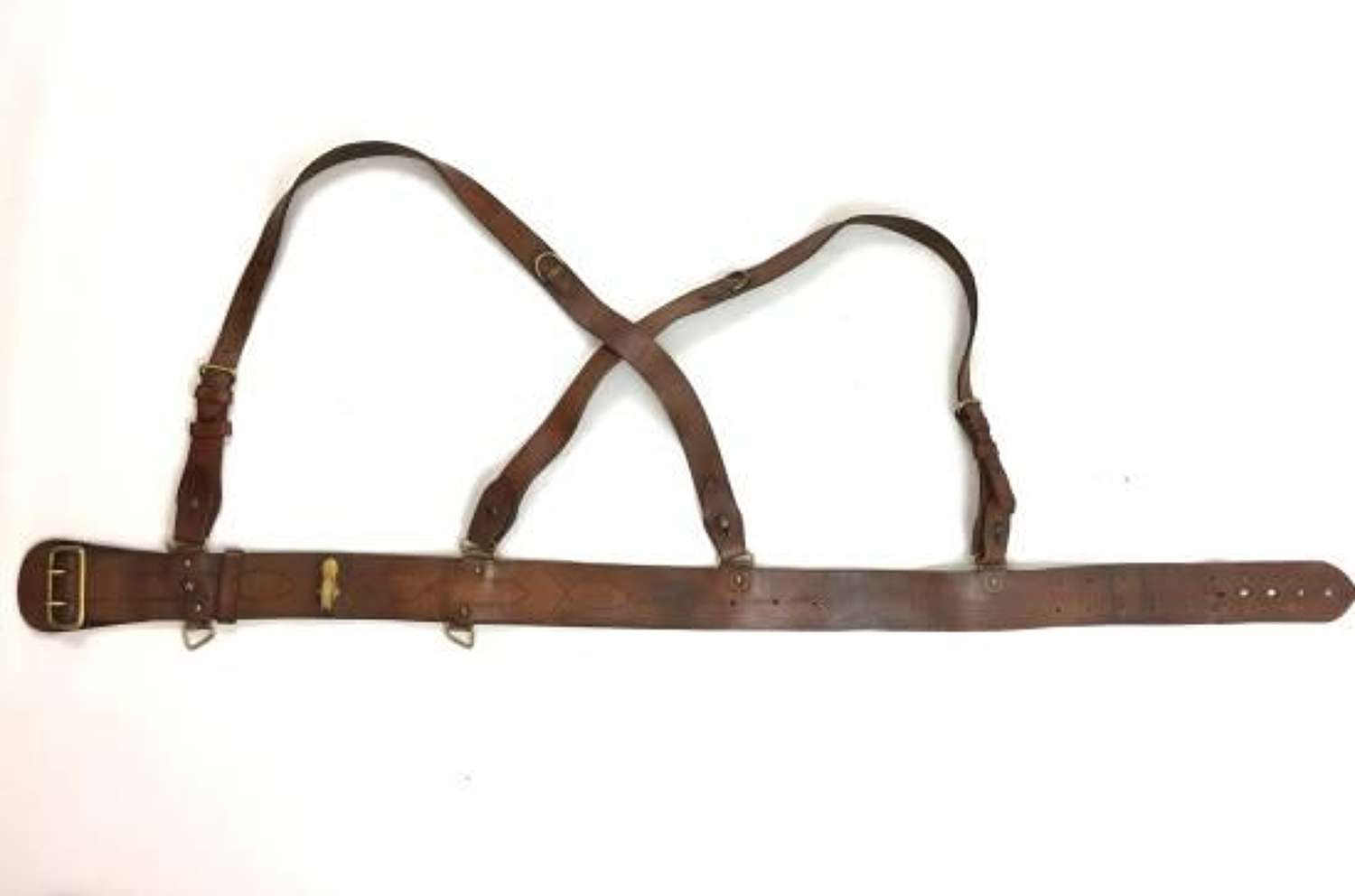 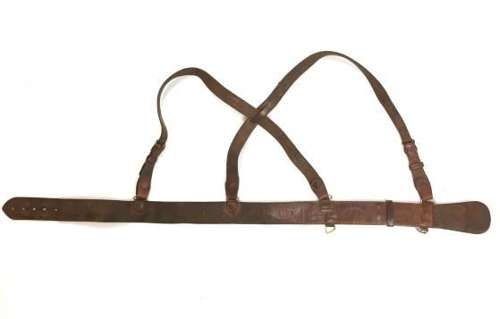 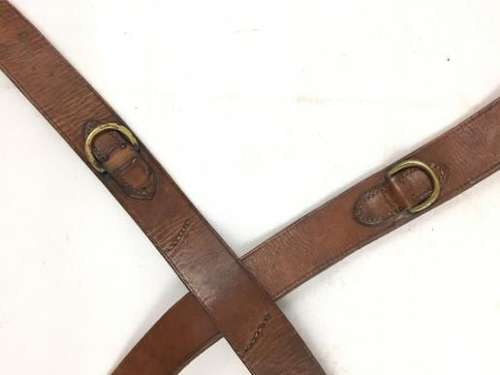 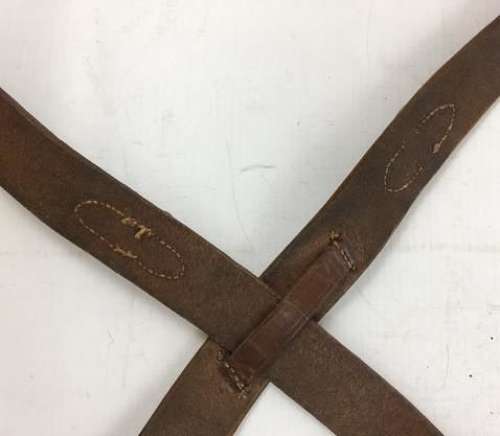 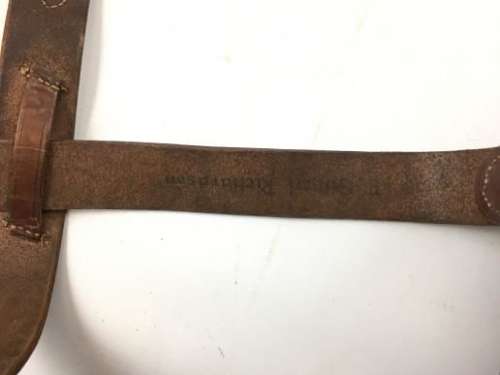 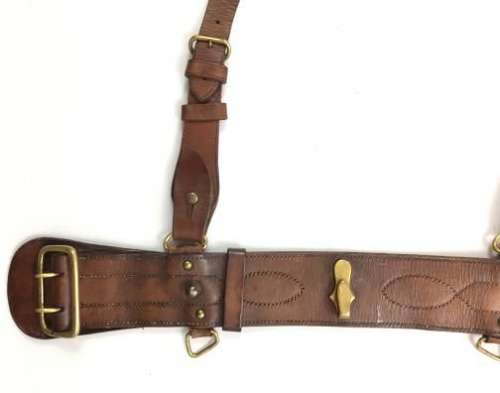 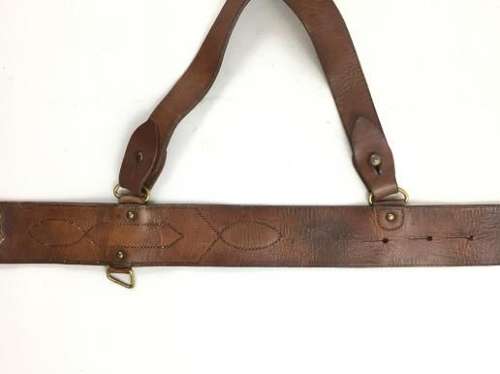 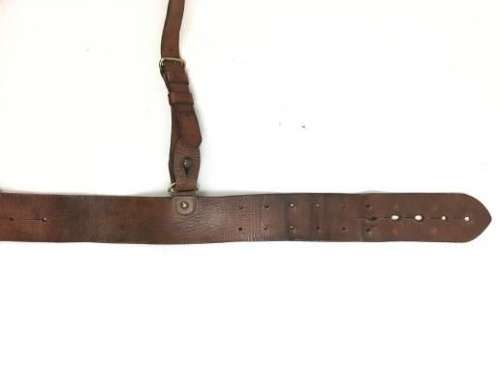 This early piece of officers equipment is typical of those worn during the Great War by Infantry Officers. This design has it roots in the first official pattern of 1900 featuring the ‘double brace’ or ‘double strap’ configuration, which was designed to support the weight of extra equipment such as the revolver and sword when on the march. Not only is this example complete and original but it also has two ‘dee’ rings on the rear straps which is a trait of early belts. This addition also has its roots in the earlier period and can be found on Boar War officers kit of the period. These dee rings could be used to hang the officers valise from or attach a role greatcoat.

On the inside of one of the straps the original owners name has been added in ink and reads ‘E Gilbert Richardson’ which may be possible to research.

The condition of the belt is very good, especially when its age is taken into consideration. It has clearly always been together and is not a later mock-up or similar with the finish on all three parts being a consistent colour. All the brass work is bright and clean and all the stitching appears to be sound. The straps may look different lengths in the pictures but it is just an optical illusion. When displayed on a mannequin the fit well.

Overall a fantastic early belt with rare details. This would look excellent displayed on a mannequin and would certainly be an asset to any Great War collection.