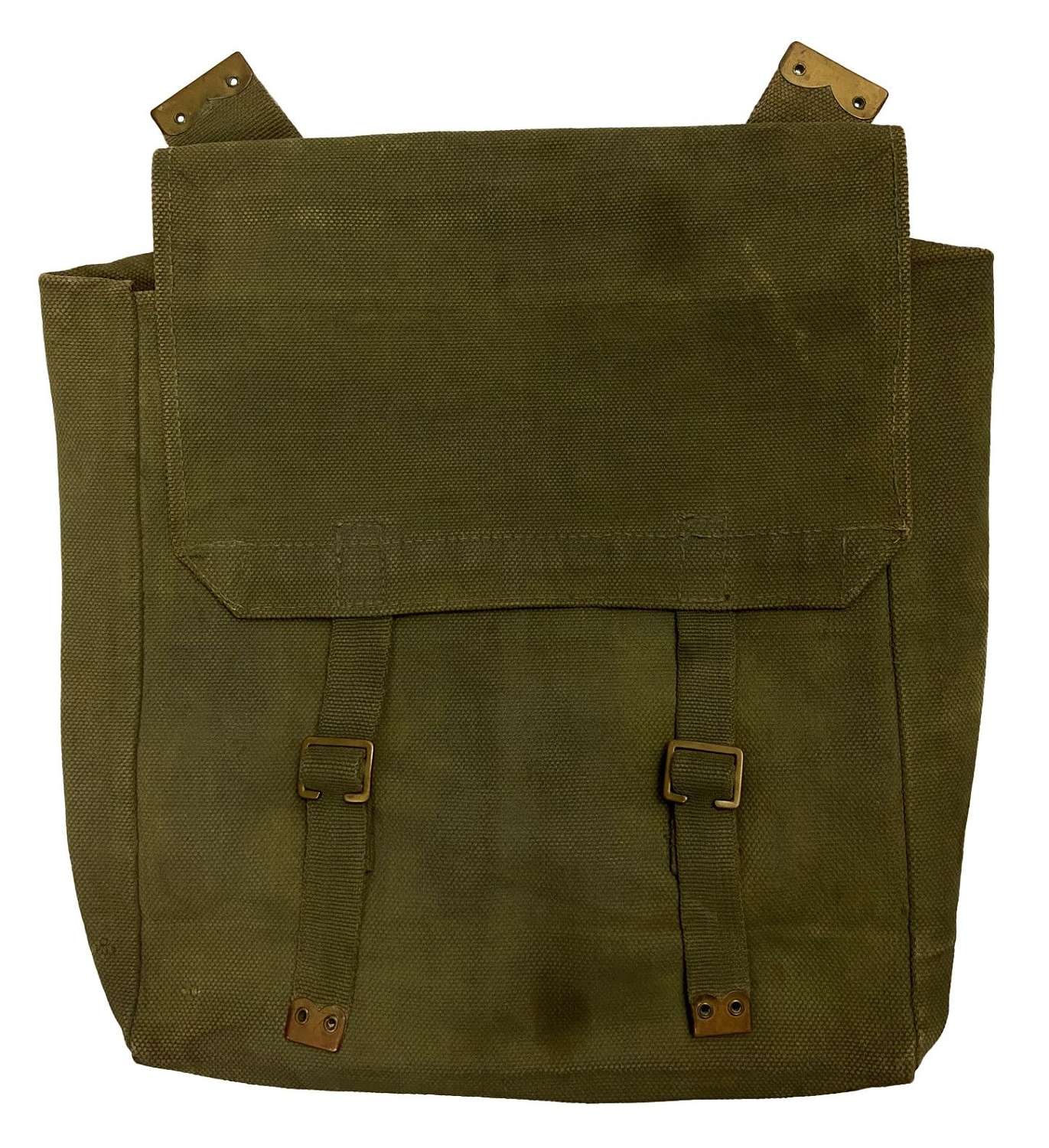 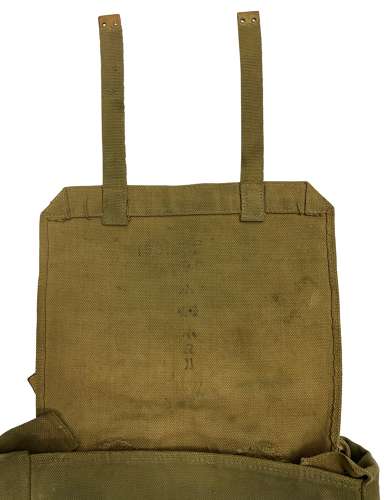 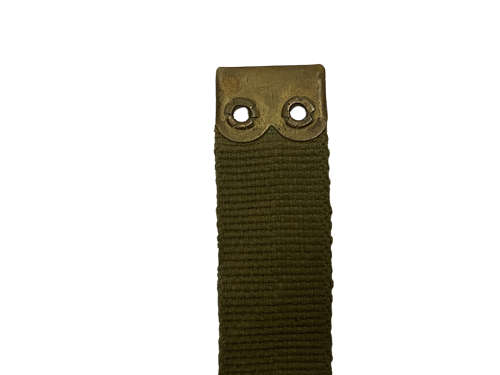 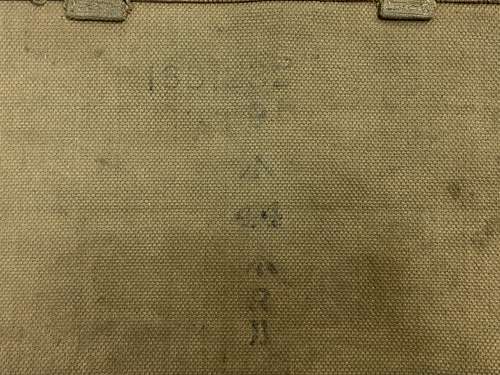 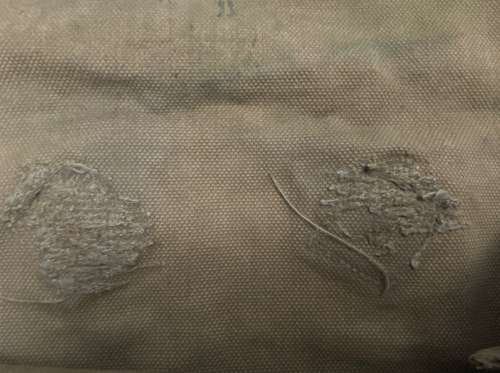 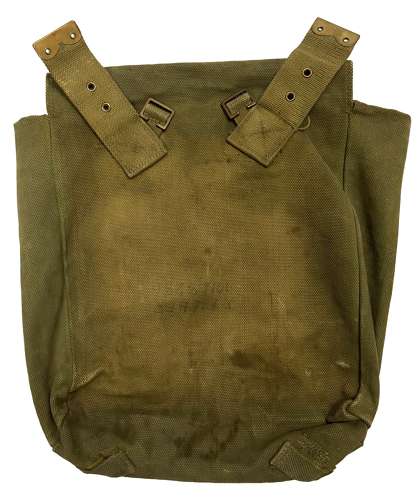 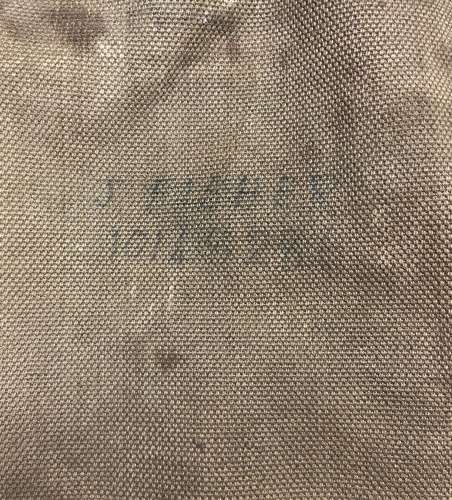 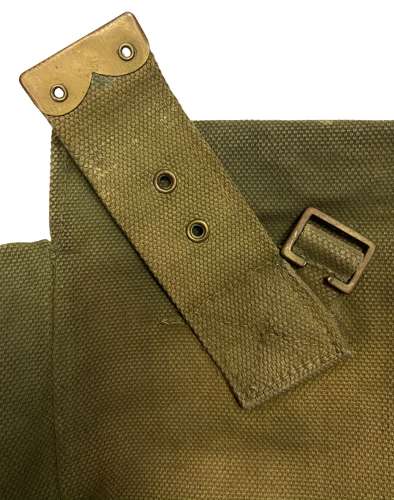 This example appears to have been converted, most likely from a second issue1914 pattern large pack. There is rough stitching to both the large angled tabs and the lower loops showing that this was professionally modified. The tabs still retain the brass grommets fitted in the factory to make the pack compatible with the 1914 pattern leather equipment.

Whilst these packs usually have a Great War date there is none visible on this example. There are however two War Department broad arrow markings to the inner flap. The original owner has marked his name and number to the rear of the bag which reads 'J Fisher 10148286' which may be traceable.

The pack is in good condition as can be seen in the pictures. It has been blancoed and worn with some staining etc.