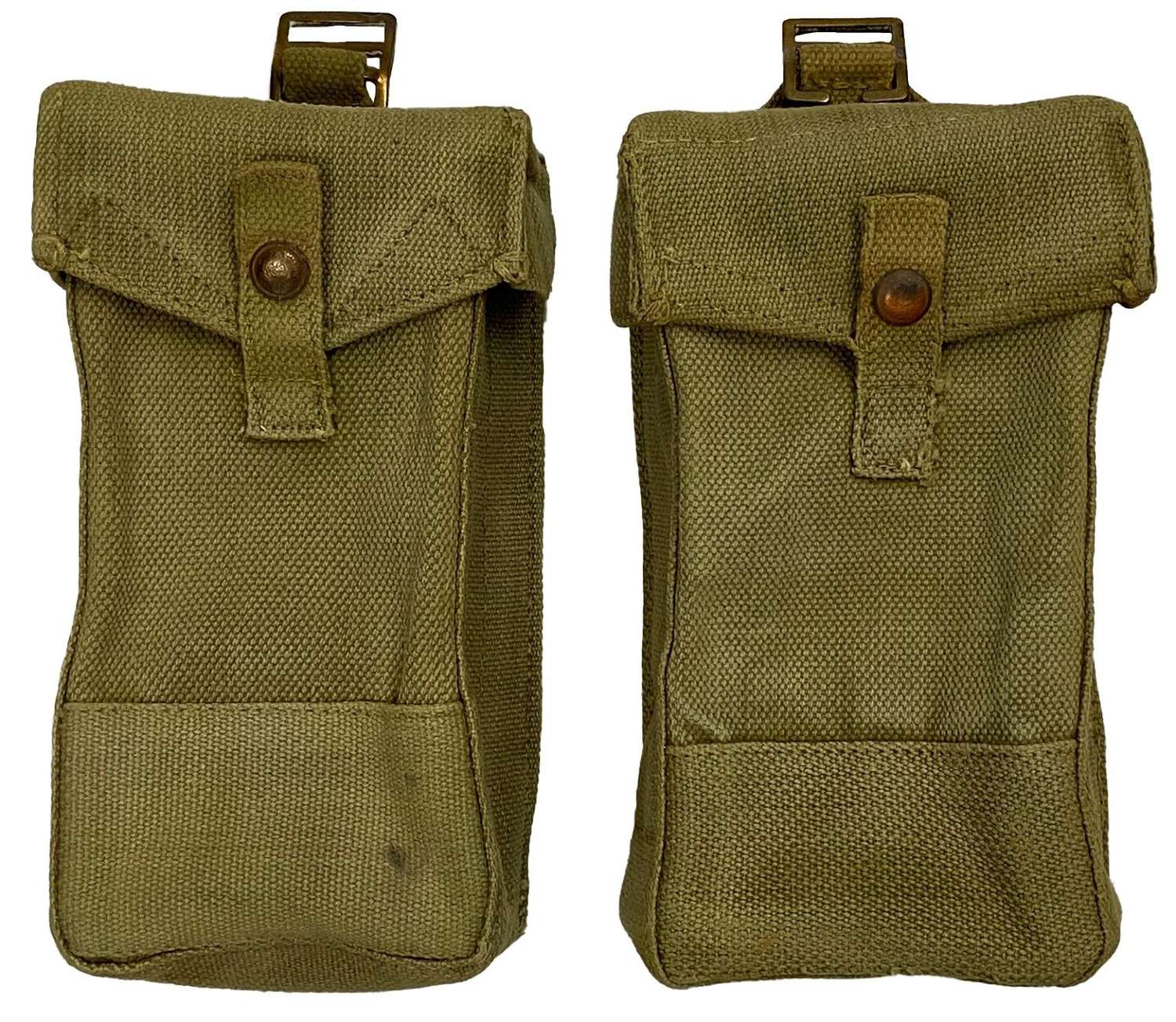 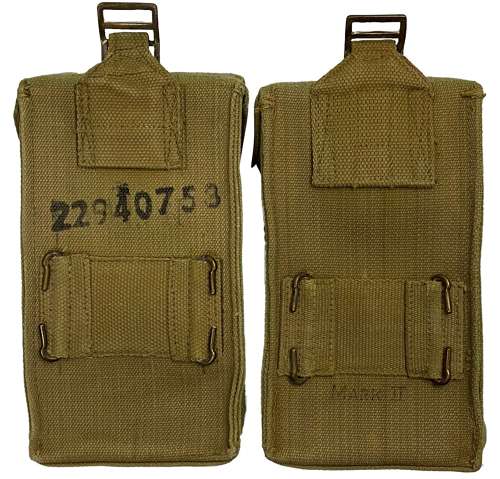 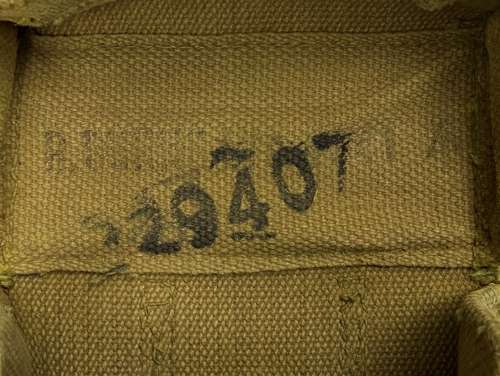 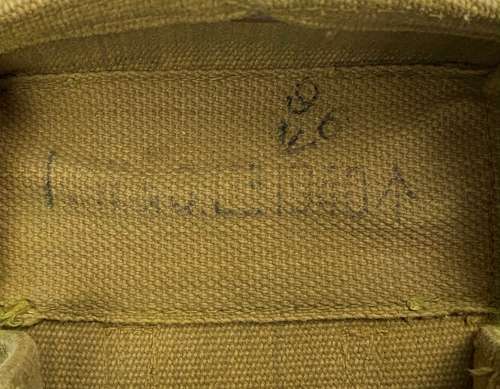 An original pair of British Army 1937 Pattern Universal Pouches as worn during the Second World War.

This pattern of pouch was introduced in the middle of 1940 replacing the earlier MKI version. The only difference if the placement of the belt hangers to the rear which were lowered. One of the pouches is dated 1940 whilst the other is dated 1941. They have clearly been worn as a pair as they have matching blanco.

The pouches are in good condition as can be seen in the pictures displaying only limited signs of wear and use.

A nice original pair of pouches which would suit a collector or re-enactor well.