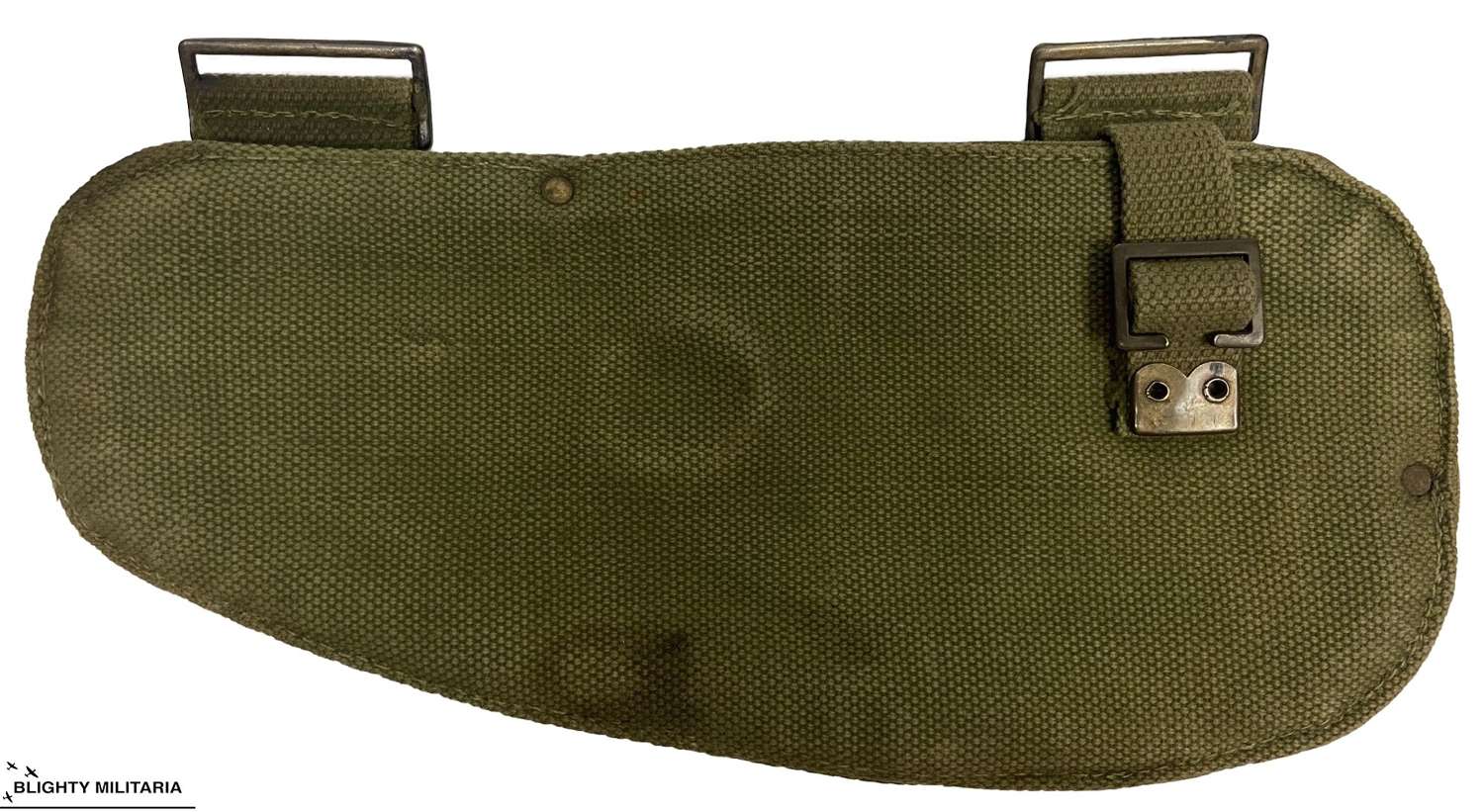 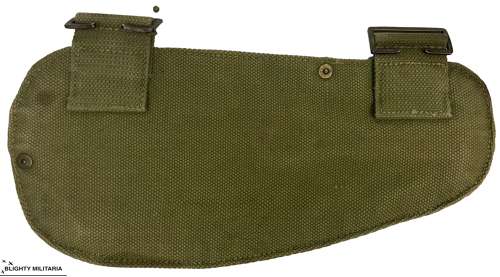 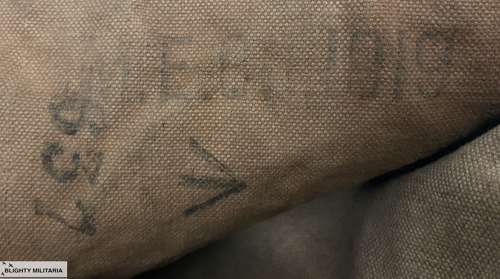 Officially designated 'Carrier, Intrenching tool, Head, Second issue', This pattern of carrier was introduced in July 1916. It differs from the first pattern as it has a brass 'twigg' buckle and strap, rather than the press stud employed on the earlier pattern. The carrier has been blancoed with a light shade which is typical of inter-war and early Second World War used webbing.

Inside the case retains its original manufacturer's markings including the name of 'MECo', which stands for Mills Equipment Company, and the 1919 date.

The case is in good condition with some signs of wear and use as can be seen in the pictures. Overall it is sound and displays well.

A nice piece of 1908 pattern webbing in good condition!