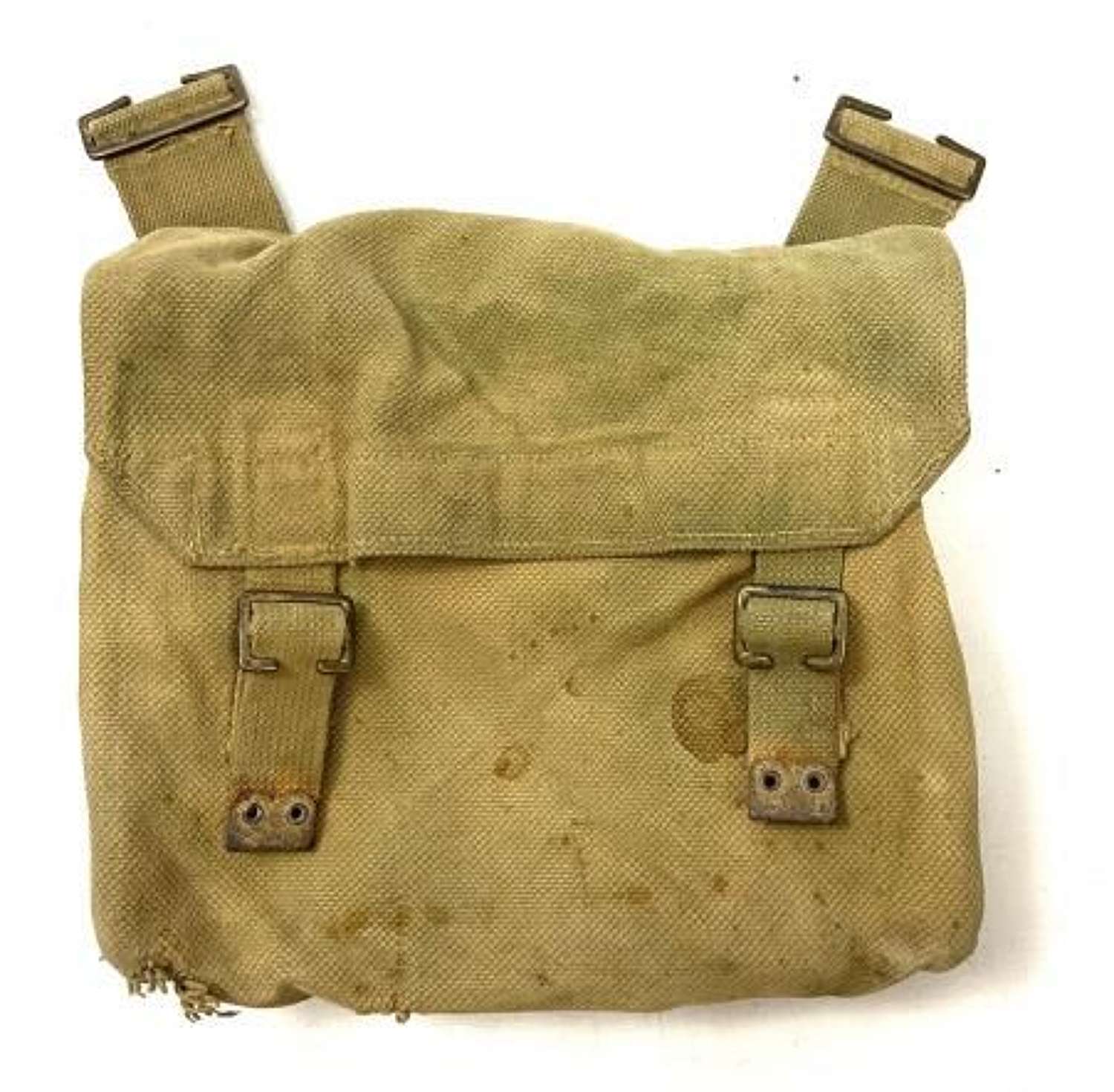 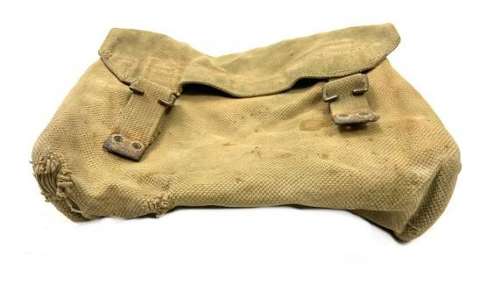 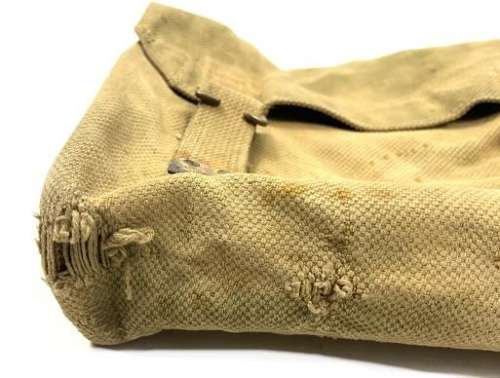 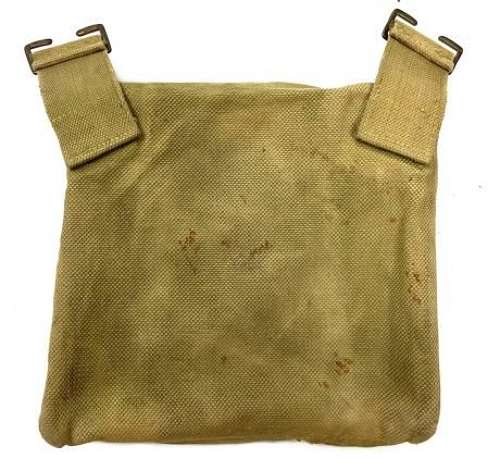 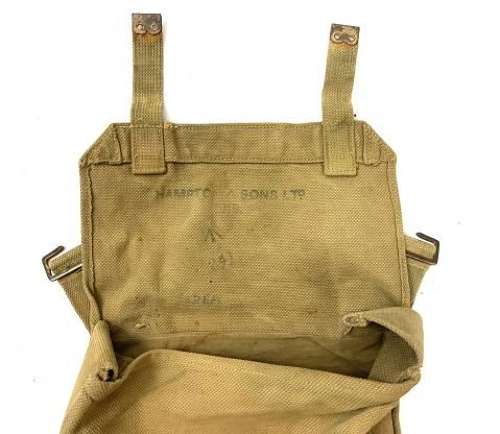 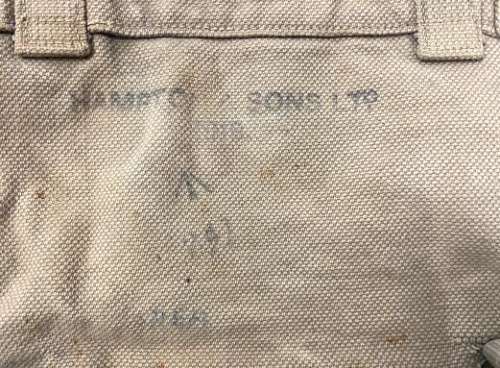 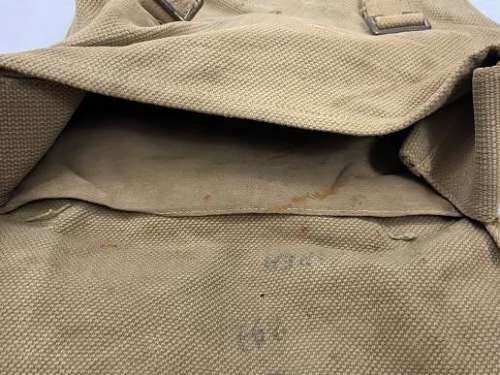 This pattern of Haversack was introduced in 1911 and was intended to replace the earlier G.S. Haversack and was used primarily by mounted units in conjunction with the 1903 pattern bandolier equipment. These saw widespread issue throughout the Great War as well as in the inter-war years when they were also utilised by Dispatch riders with some still seen in use in France in 1939-40.

The bag looks similar to the standard 1908 pattern haversack but does not feature the side buckles and short straps the rear, instead having the buckles placed on the back. These would usually be fitted with a single 1908 cross strap so that the bag can be worn across the body.

Inside the bag the original divider is still present as is the makers stamp and date. These are sadly somewhat faded and now hard to read but appear to say 'Hampton & Sons Ltd 1918'. Below this is a war department inspectors stamp with the number 291.

The bag is in reasonable condition considering its age but does have wear, particularly to the bottom where there are a couple of holes as detailed in the pictures.

A reasonable example of this pattern of haversack which would suit a collector or re-enactor well.