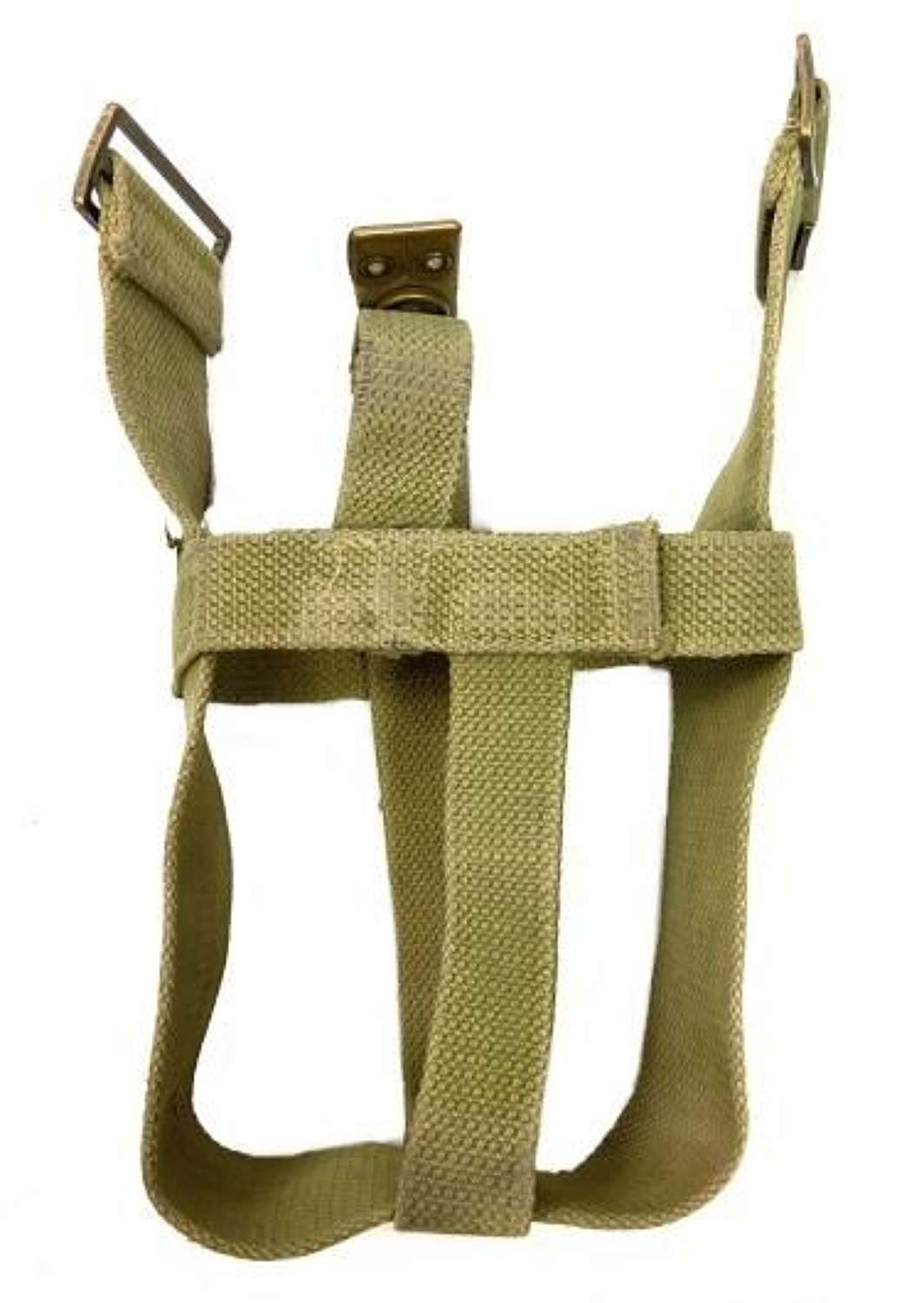 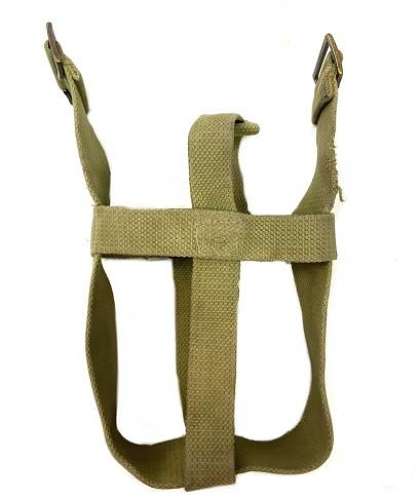 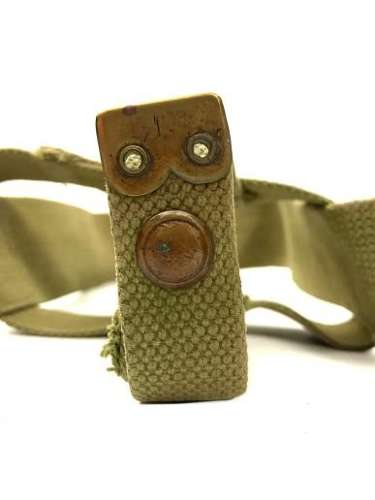 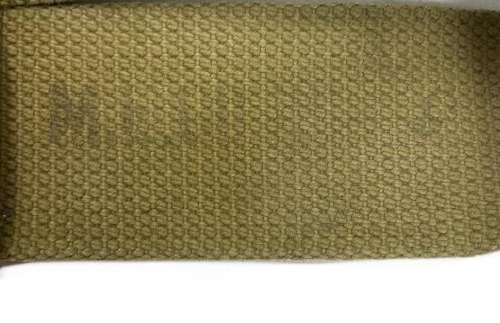 SOLD
An original 1908 Pattern Water Bottle carrier which has been converted after the Great War.

In 1921 an order was issued that all water bottle carriers were to be converted from the standard front press stud previously employed to a top fastener as seen here. This was done by adding two new straps.

Sadly the date stamp has been worn away and is no longer legible although the manufacturer looks to have been MECo. The securing straps look to have been retro-fitted based on the stitching meaning that it would have been originally manufactured before 1921.

The cradle is in good condition overall retain all of its brass work. It has been blancoed at some stage with a light green shade of blanco, typical of the inter-war and BEF period. There are some signs of wear and use as shown in the pictures.

Altogether a reasonably good example of an inter-war pattern water bottle carrier which would be ideal for someone interested in the British Expeditionary Force or similar.