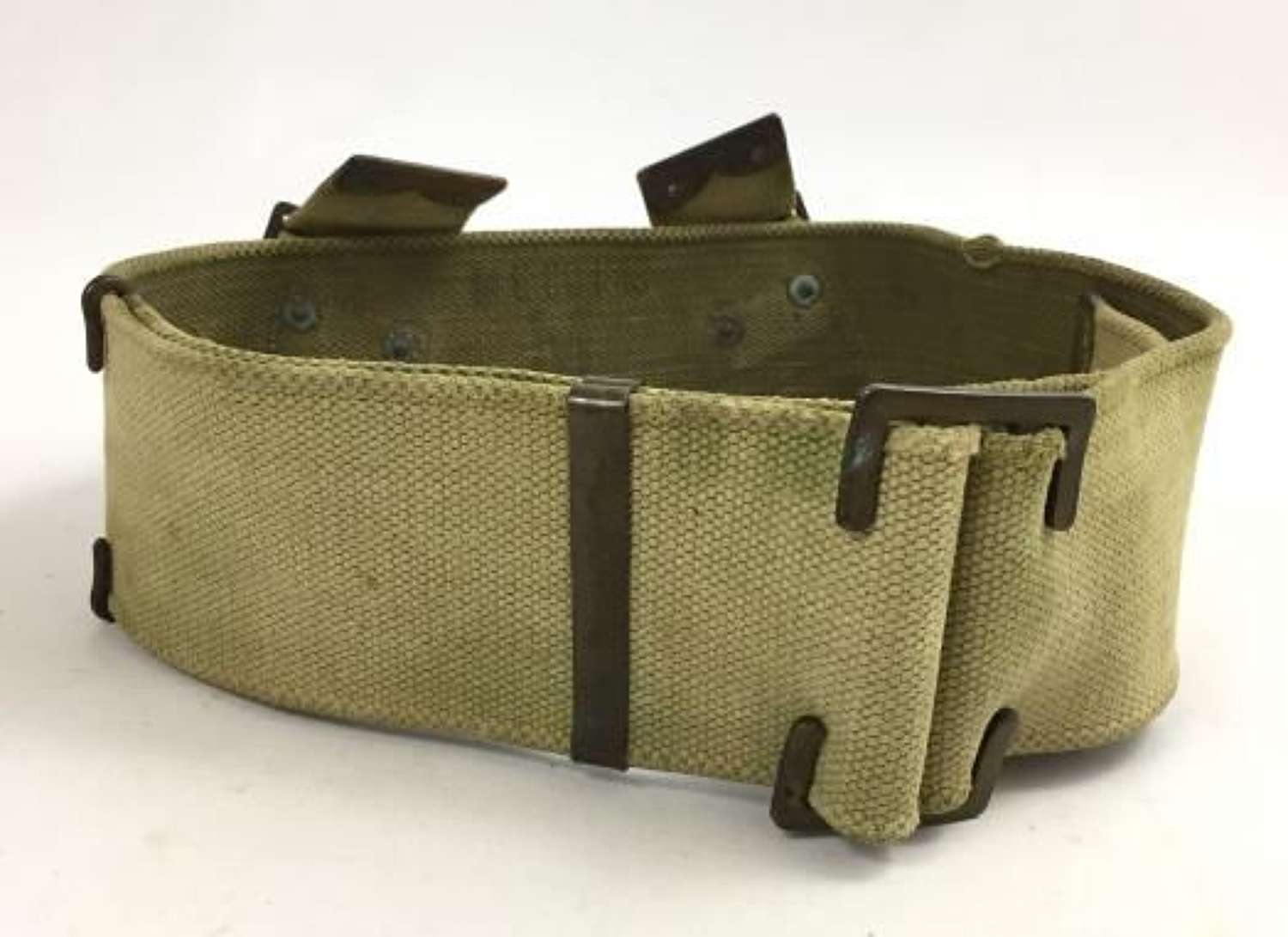 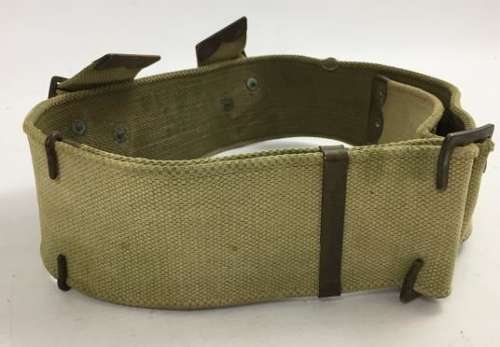 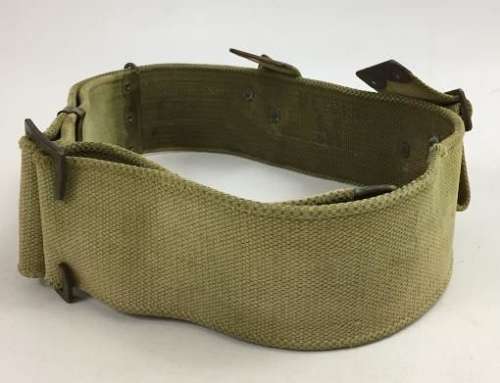 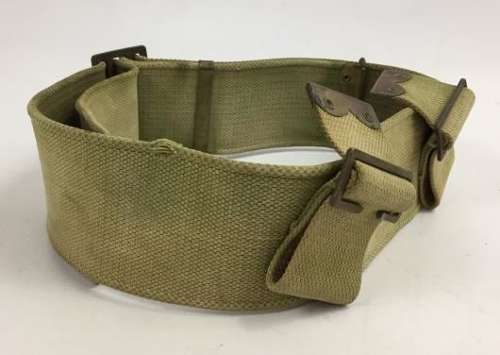 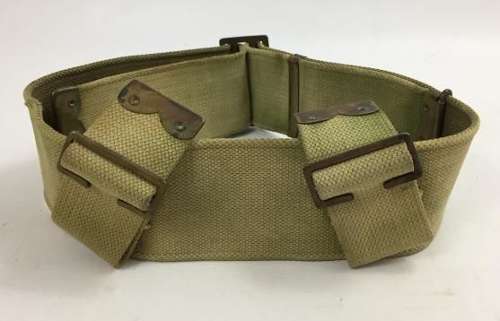 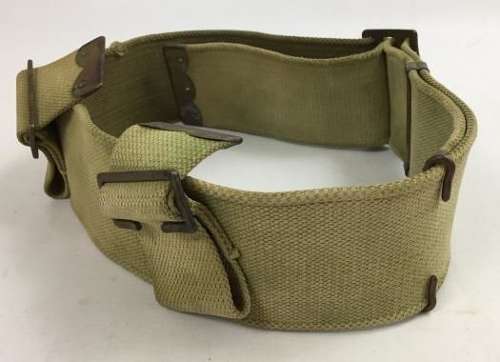 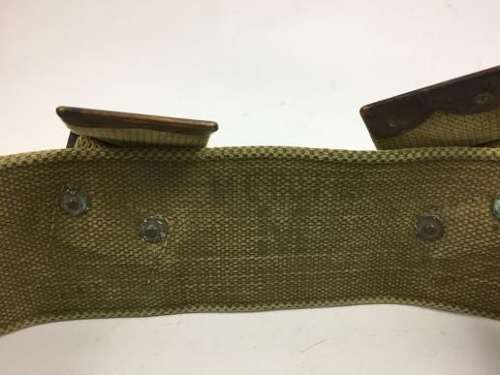 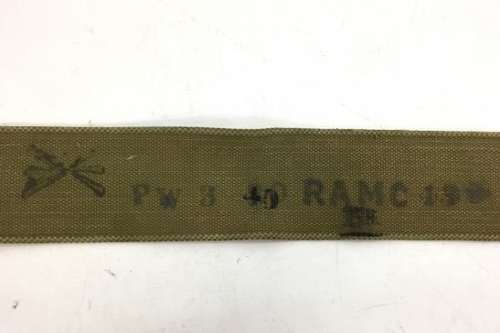 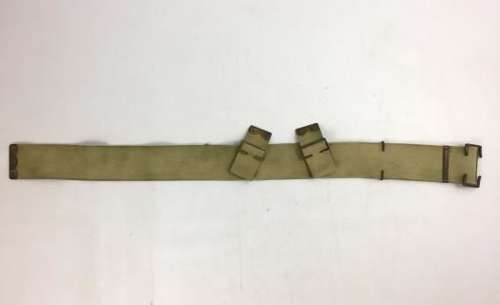 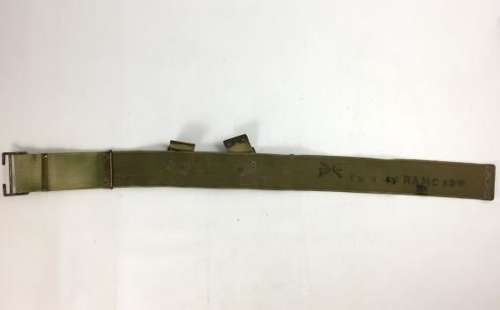 This pattern of belt came into use with the British Army prior to the Great War and saw Service throughout the conflict, during the inter-war period and finally saw service in the early part of the Second World War. It was part of the 1908 pattern webbing equipment but was also worn on its own for walking out.

This example was made Mills Equipment Company as can be told by the 'MECo' stamp inside the belt. It features a large brass buckle to the front and retains both of its rear straps and buckles. It would appear to have been issued and worn and has certainly been blacnoed at some stage in its life.

The markings on the belt also include the size which is denoted by the letter 'M'. The belt actually measures at 45" when fully extended so is a generous size.

As well as the manufacturers markings the belt features regimental markings. It is Stamped RAMC which denotes Royal Army Medical Corps as well as PW 3 which may stand for Prince of Wales Regiment. All these regimental stamps are done in the style typically used during WW1.

The belt also features a date marking which is sadly now very hard to read. I think it is either 1918 or 1919.

The brass has tarnished in a way which is typical of Great War items and the overall look is that of a very authentic belt.

A good original period piece of British Army kit which would suit the collector or re-enactor equally.