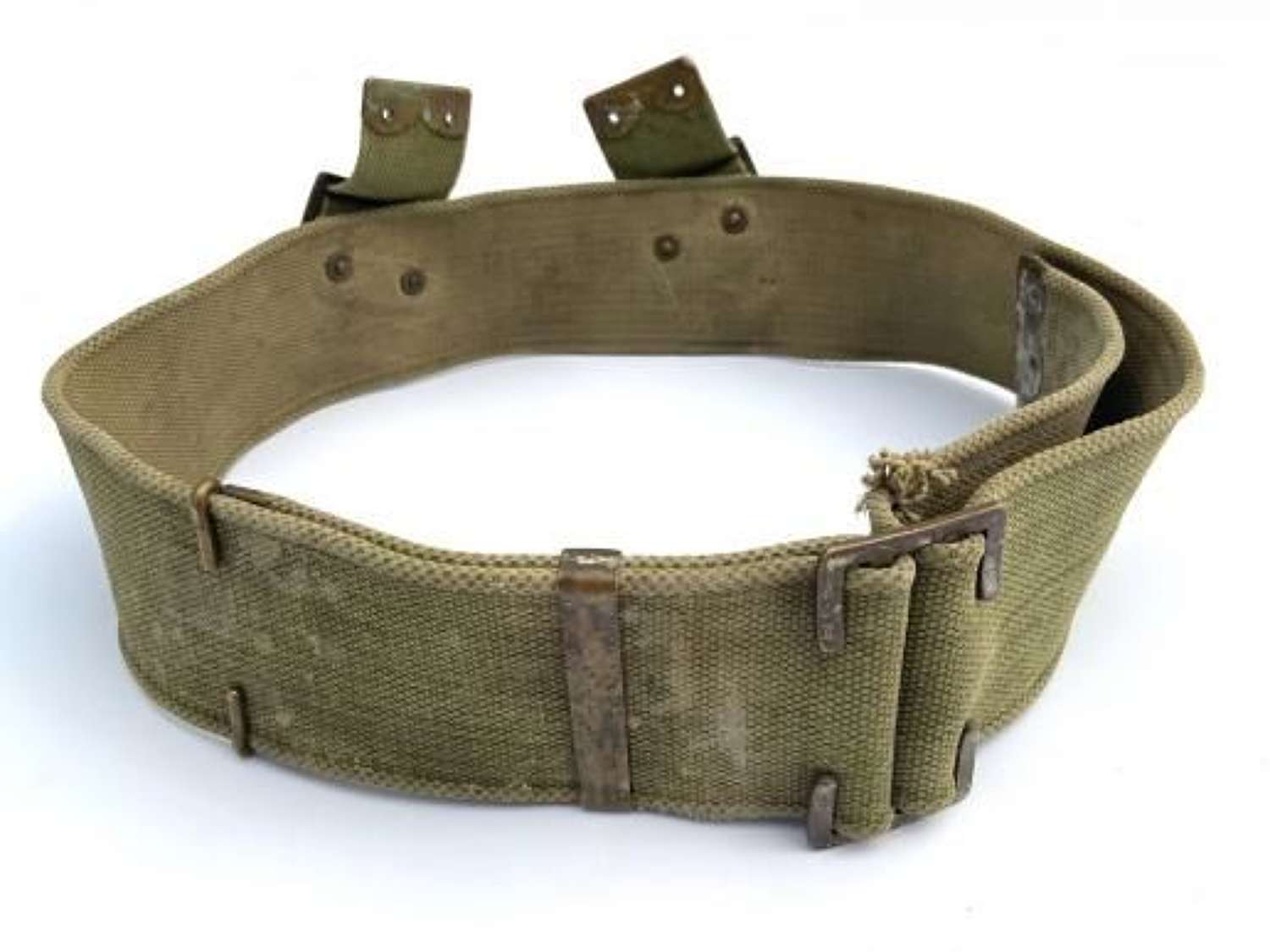 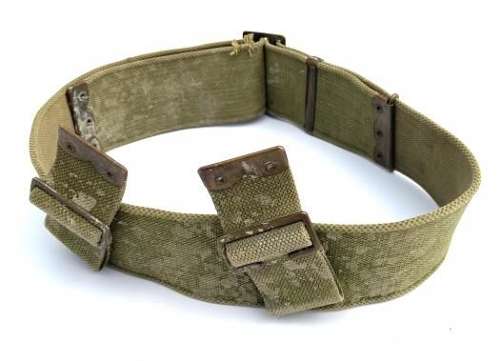 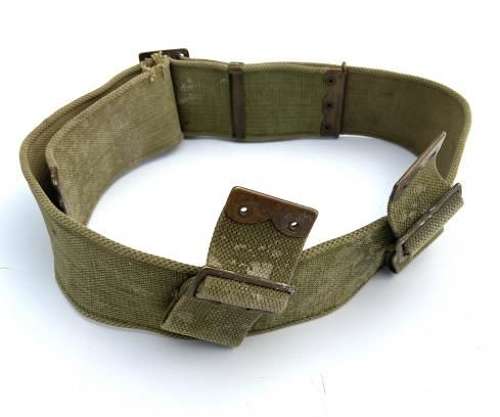 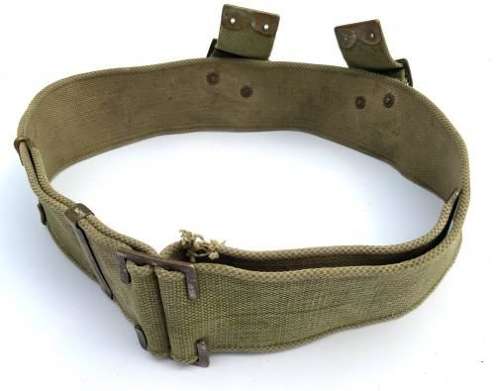 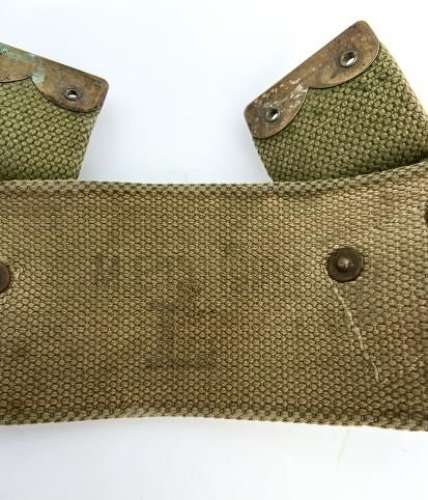 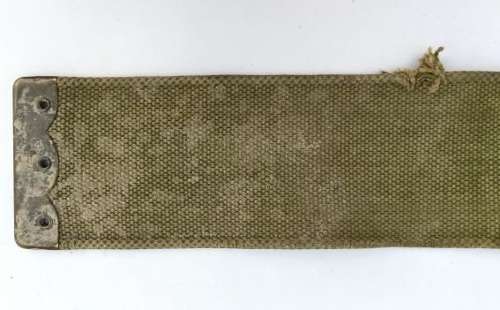 SOLD
An original 1908 Pattern Webbing Belt as used by the British Army during the First and Second World War.

This particular example was made by the Mills Equipment Company as can be seen by the MECo stamp. Following this is a date which is hard to read. Below this the letter 'L' is stamped which denotes the size as large.

The belt is in reasonable condition but shows signs of wear and age. There is some fraying to the webbing where it has been fastened many times which has been reflected in the price. If fastened as shown in the pictures when worn with a tunic it is not visible.

A reasonable example of a Great War period webbing belt which would suit both the collector and re-enactor well.