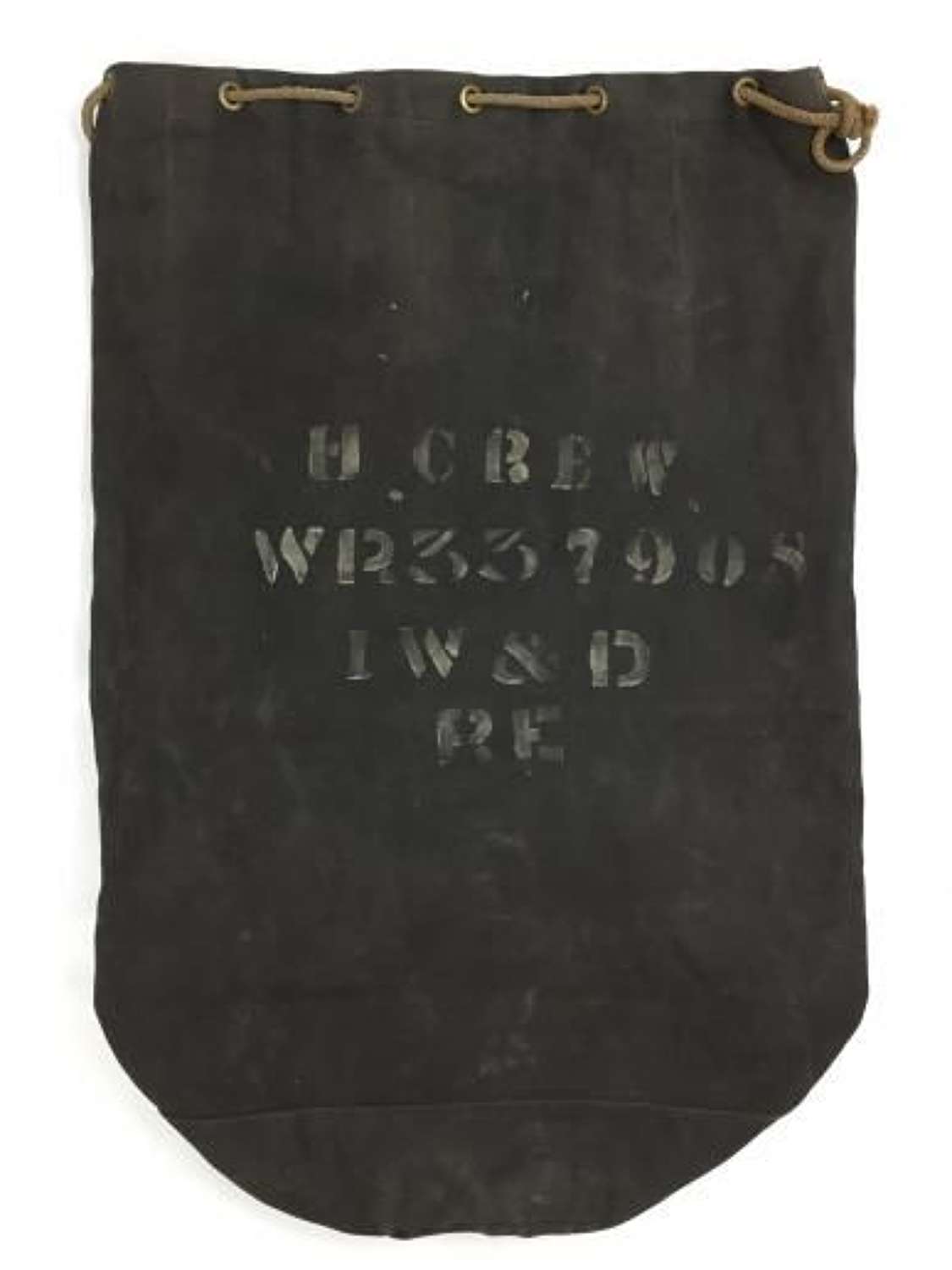 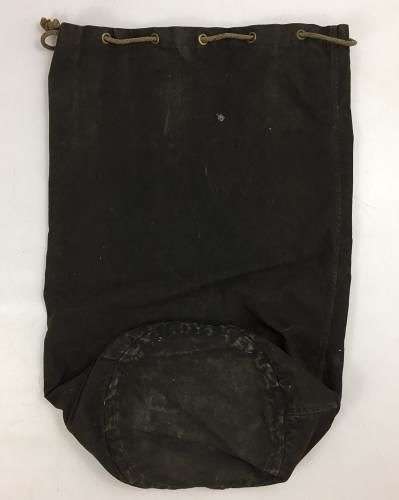 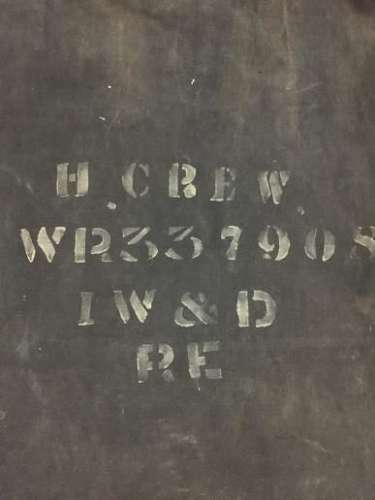 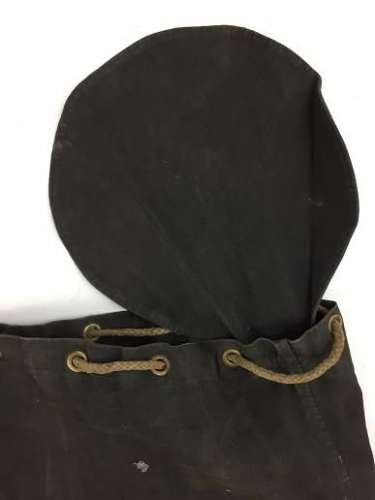 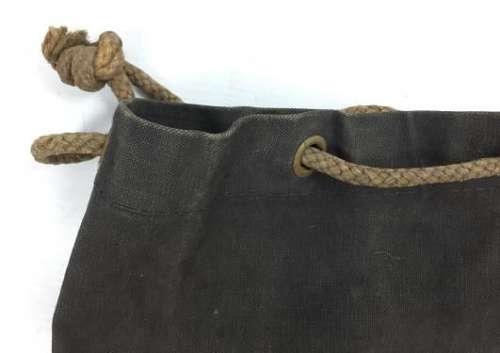 This bag is the shorter pattern kit bag used in the First World War rather than the longer and more common Second World War versions. Whilst most people associate white kit bags with soldiers in the Great War; black examples also saw wide spread issue.

The bag features brass eyelets around the top and still retains its original rope which is used to secure the bag closed. The inner flap is also present.

The original owners name and number are marked to the outside and are rather interesting The WR serial prefix relates to a batch of numbers issued in the Great War to Royal Engineers Waterways and Railway troops. This ties in well with the ‘I W & D’ marking which denotes Inland Waterways and Docks.

The overall condition of the bag is good as can be seen in the pictures and it displays well.

Altogether a nice original Great War period kit bag with some interesting history. This would make an excellent addition to any WW1 collection.