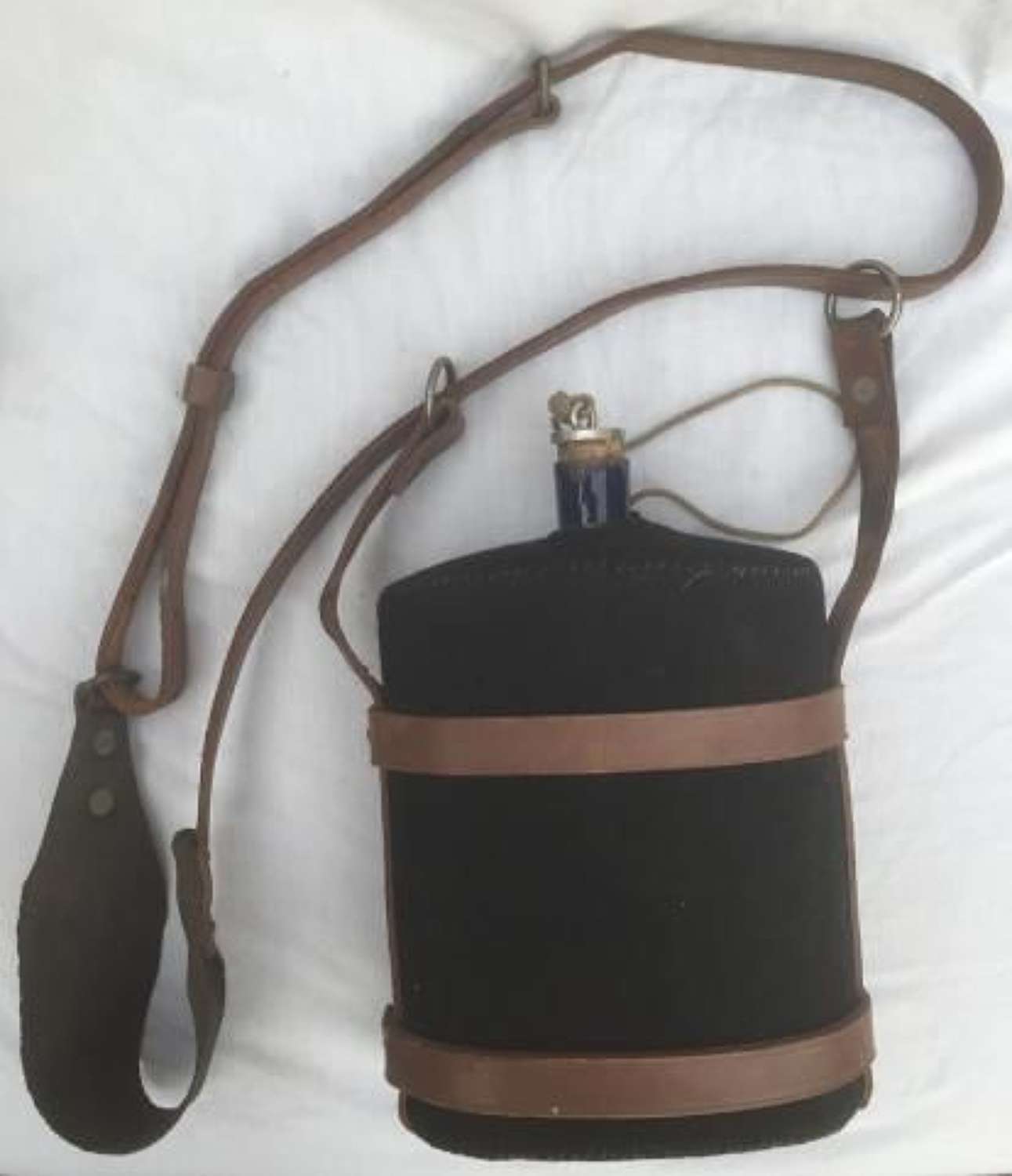 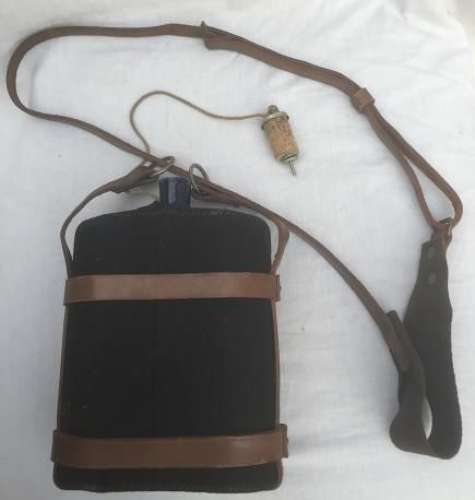 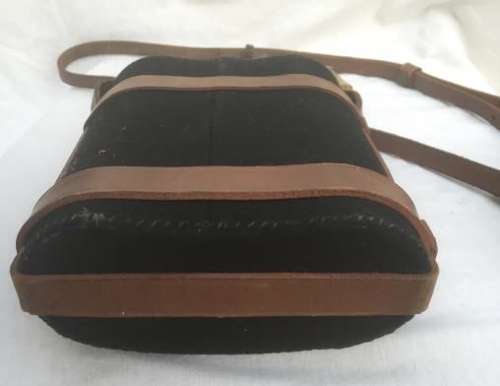 SOLD
A rare example of the 1903 pattern water bottle and cradle as used by the British Army prior to and throughout the Great War.

This example has the correct leather cradle and canvas shoulder strap unique to Great War period examples. Second World War examples did not have the canvas section but instead just one single piece of leather.

The leather of the cradle is very good but there are some scuffs and tears present.

The water bottle is also complete with its early dark blue cover which is a particularly nice feature. The cover is in good condition although there are some signs of moth underneath the leather of the harness. Obviously this isn't visible when the bottle is displayed.

Also present is the original string connecting the cork to the bottle which is so often missing. The cork is also good and fits into the bottle well and the metal work around the cork is like new!

Sadly, I cannot find a date on this example, but based on the style of the cradle and the early dark blue cover I would say it is no later than mid Great War.

A fantastic example of an early 1903 pattern water bottle and cradle in great condition.