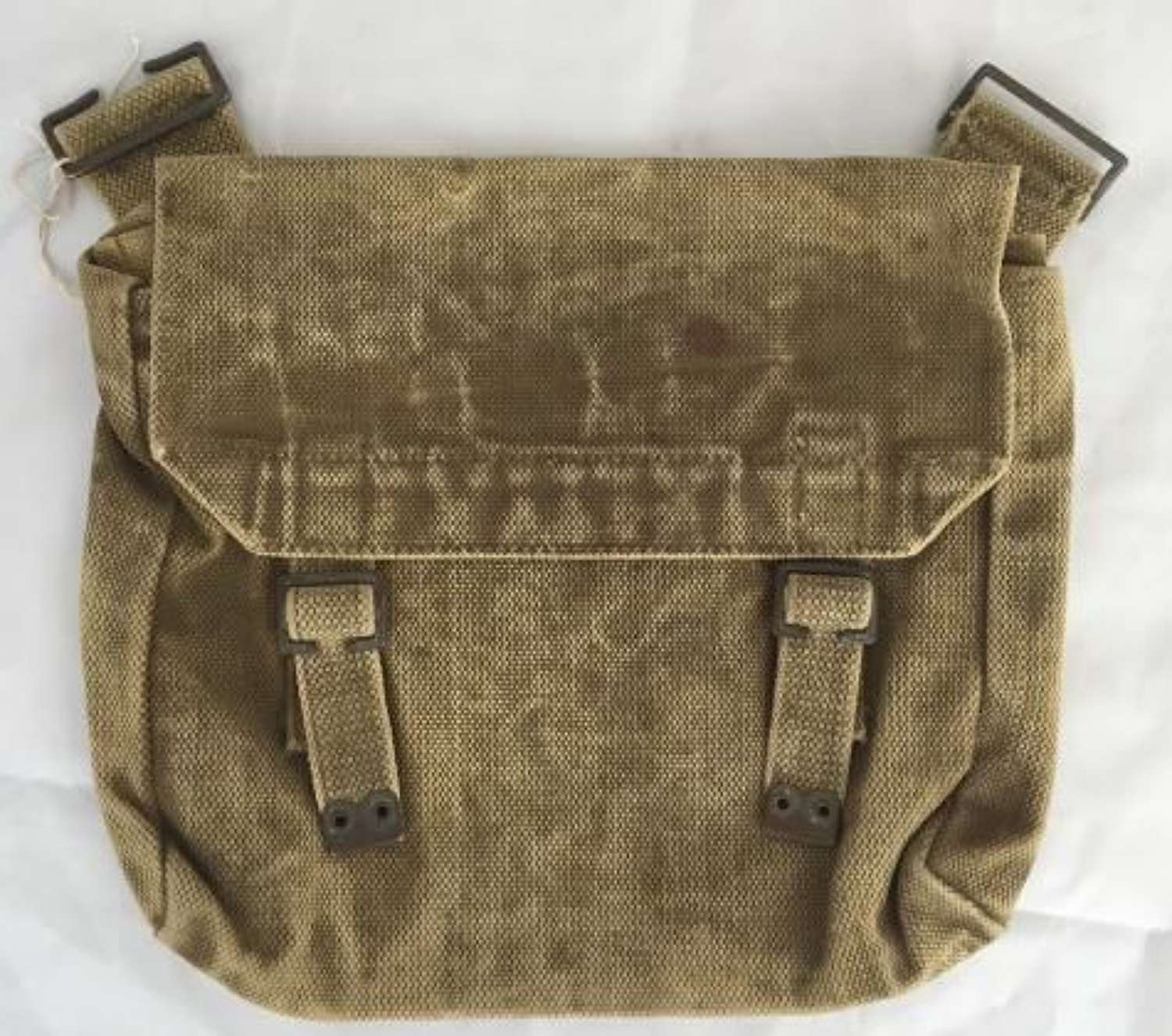 These packs were used by dispatch riders and signallers during the Great War and up until the beginning of the Second World War and are different to the standard 1908 pack as the have two 2" buckles on the back of the pack rather than the side and no 1" buckles at the bottom.

These packs were designed to be worn with a single 1908 pattern cross strap allowing the bag to be slung across the body, ideal for dispatch riders.

The pack is made by Meco and dated 1935 as can be seen stamped inside the flap of the pack. These interwar dated pieces are very rare as production following the Great War of any equipment was extremely limited.

The pack is in very good condition and has clearly been 'blancoed' with a dark green blanco at some stage of its life, so it was certainly issued.

A rare pattern of pack which is very clearly marked as an interwar made piece of Britiah Army webbing.