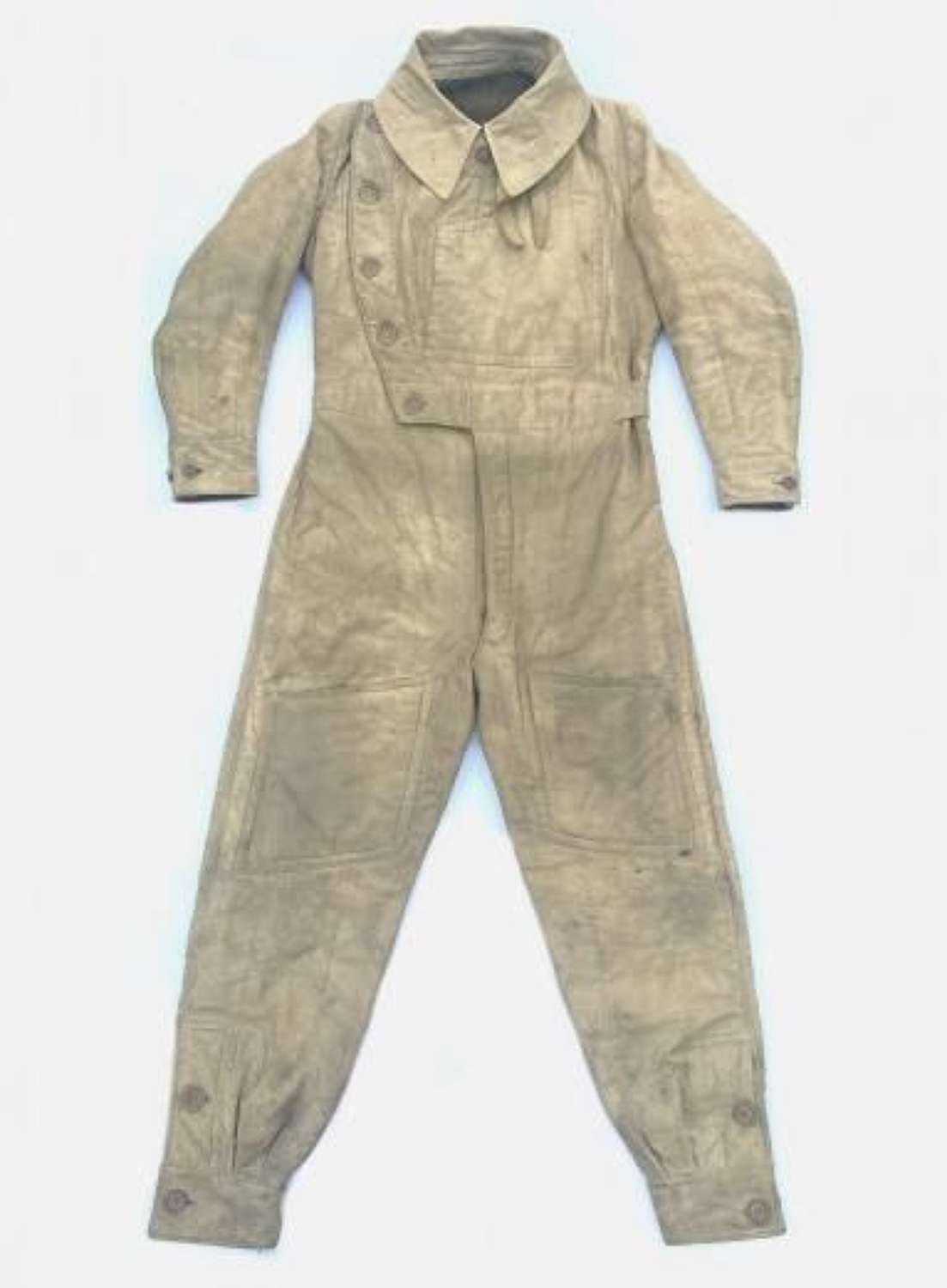 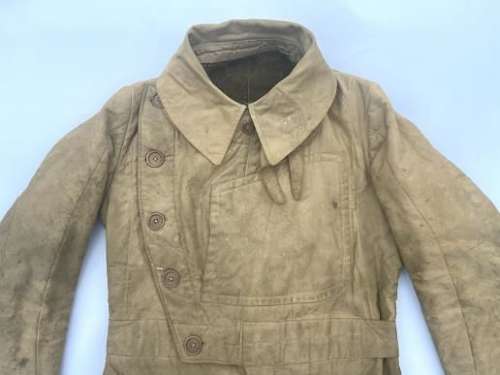 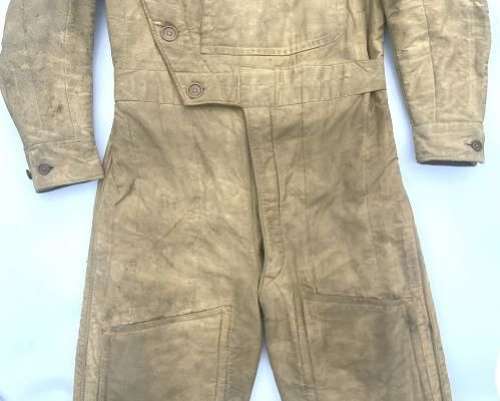 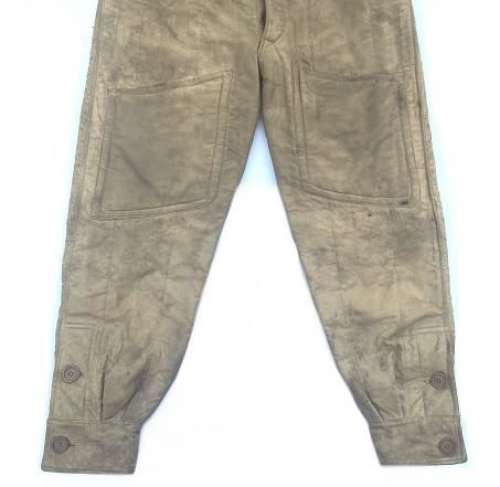 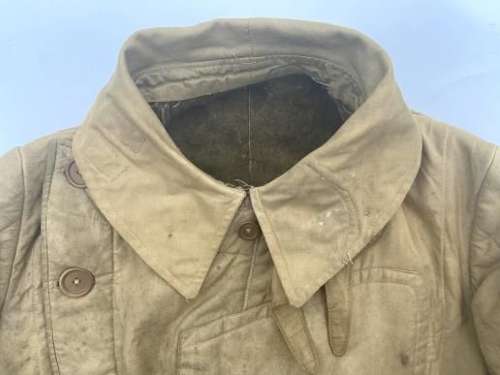 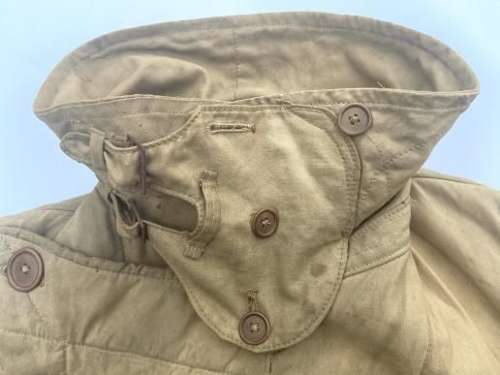 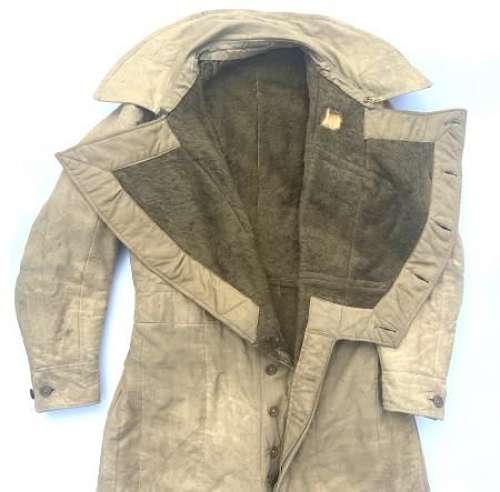 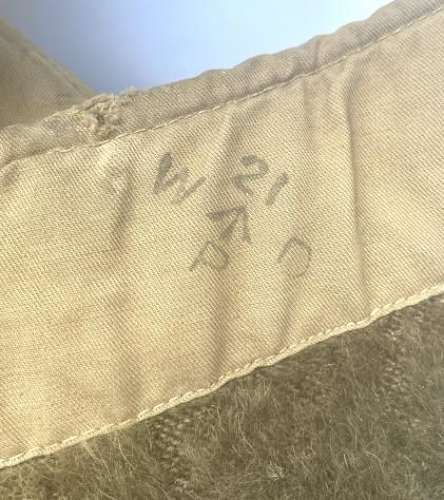 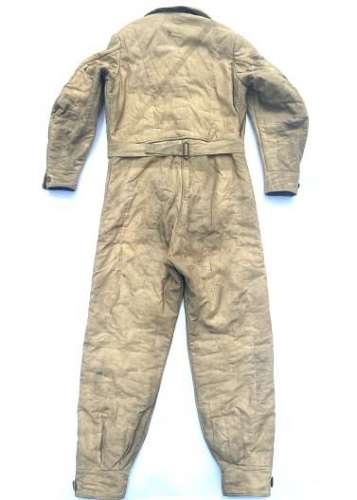 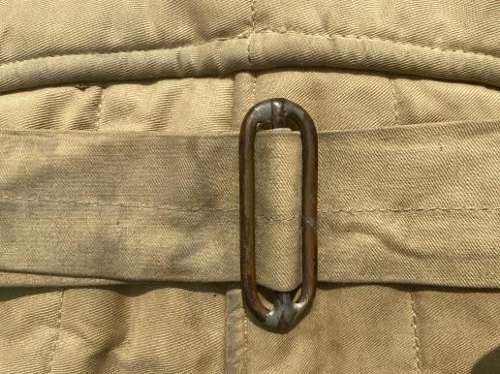 Taking its name from its inventor Sidney Cotton (SID COT) these suits were produced by Robinson and Cleaver. Entering into Service with British Flyer in 1917 these suits quickly started to replace the leather coats previously worn by flyers.

The suit is the issue pattern worn in the Great War featuring a buttoning bib front and angled map pocket to the chest as well as buttoning cuffs at both the ankles and wrists. The interior is fur lined with a second layer between the lining and the outer fabric designed to help keep the wearer warm.

The collar can be fastened around the neck with two buckles (stamped 'Prima') whilst the lower portion of the neck piece fastens onto a button positioned below the collar, designed to stop as much air getting in a possible. The rear of the suit features a half belt which adjusts with a plain brass buckle.

Crucially, the War Department marking is still present and features the code letter below the arrow, in line with Great War issue items. In the post-war years the letter was moved to above the arrow. Also of note is that the letter referred to the depot, not the year of issue as was the case with later items. This letter is also present on other know surviving examples of this pattern of suit which is to be excepted as they were only made in one factory. It also proves that this is a genuine issue example and not private purchase.

The suit is in good condition considering it is over 100 years old and it certainly displays very well with only limited signs of service use and some signs of age. The exterior is good with staining etc from use but no serious rips or tears or similar. The suit is still very pliable and has not gone crispy as these sometimes do. Most of the fur lining is intact although there are numerous areas were sections are missing or partly missing. Luckily this is not visible when displayed. All the original buttons are still present with no period replacements or similar as they all match. The two buckles which fasten the throat straps have signs of corrosion but again these aren't seen unless the collar is fully fastened.

A rare opportunity for the serious aviation collector to acquire an iconic piece of vintage flying clothing in good displayable condition. It would undoubtedly make a fantastic addition to any collection!

More photographs are available on request.