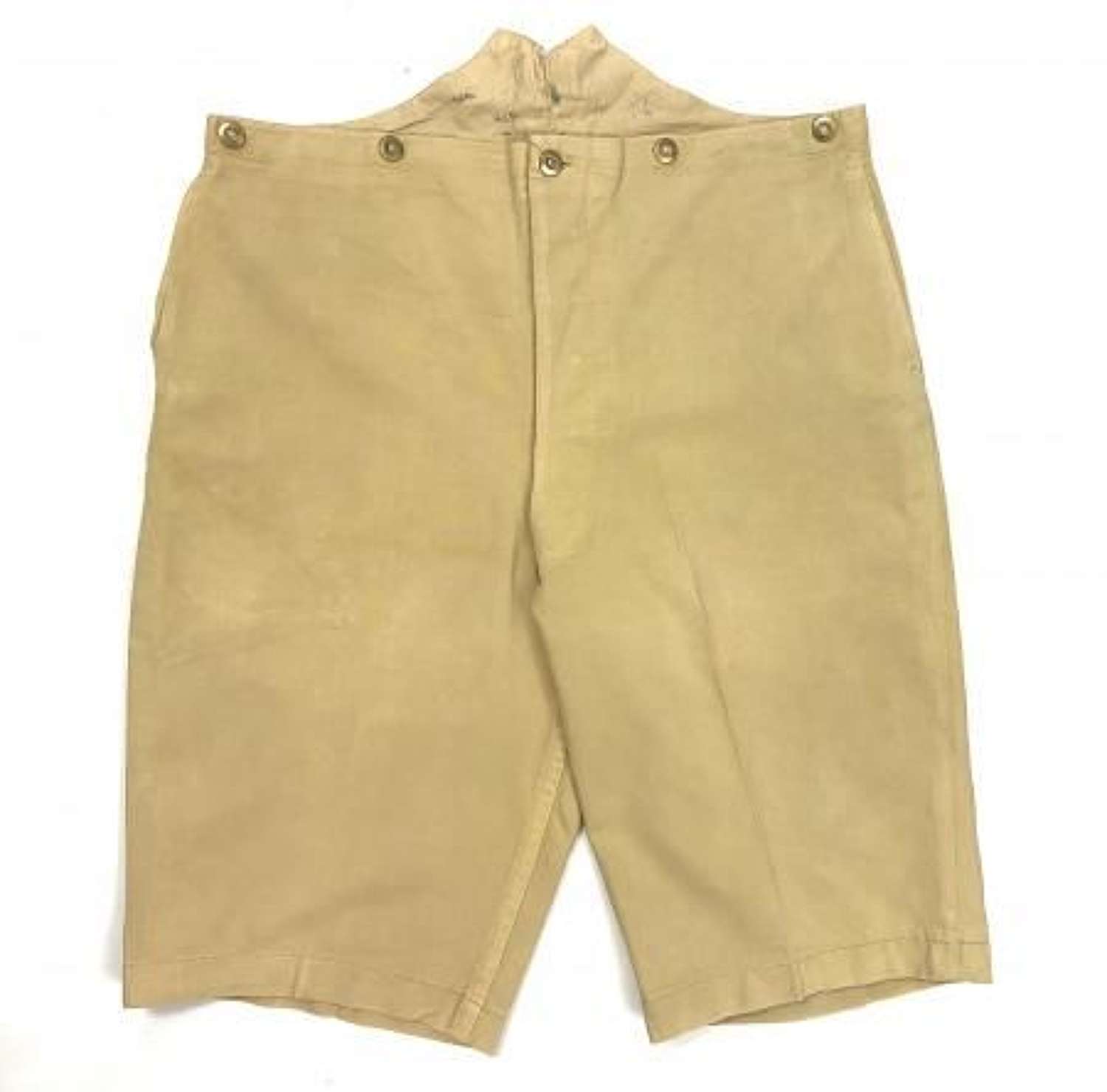 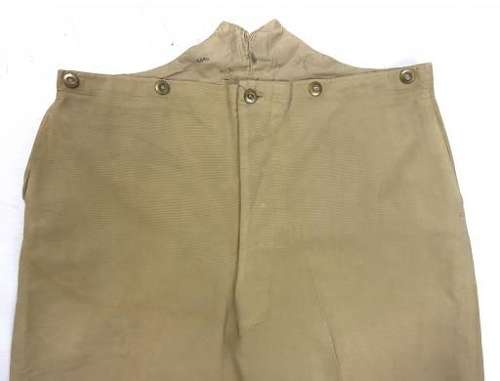 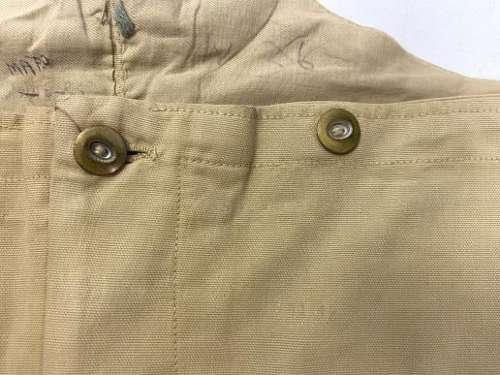 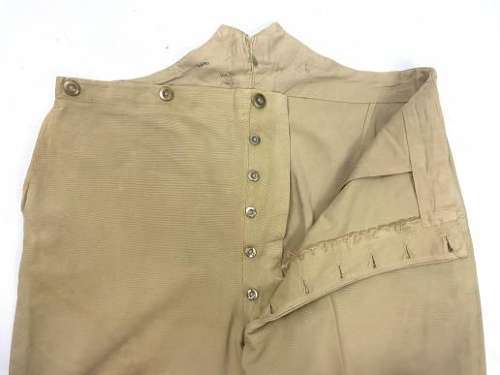 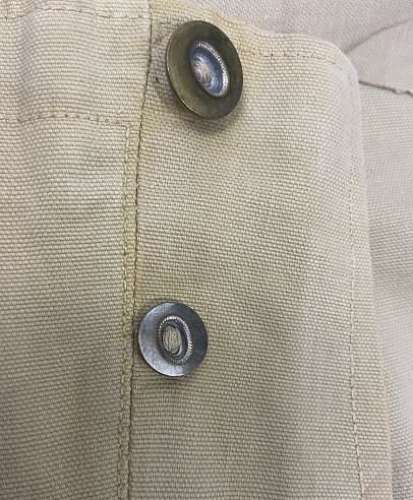 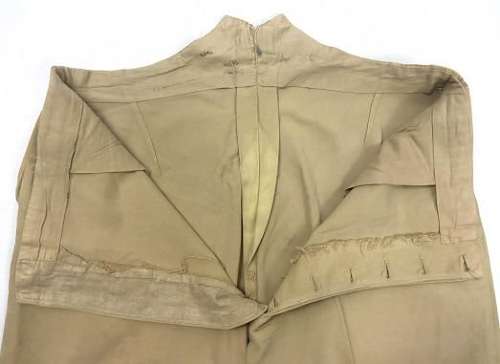 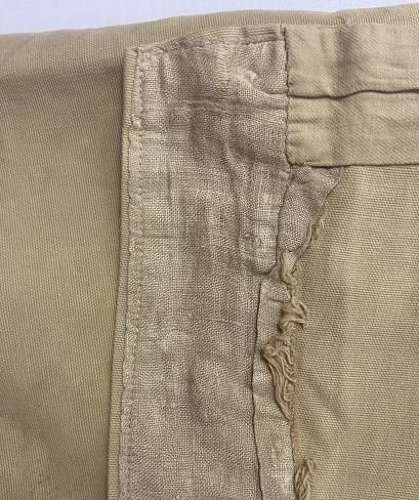 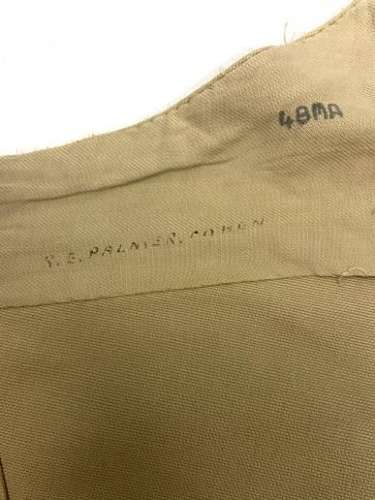 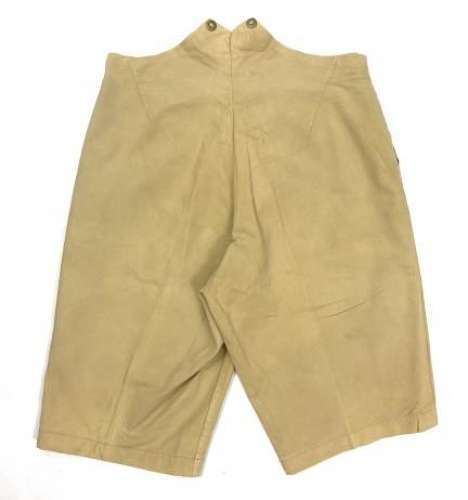 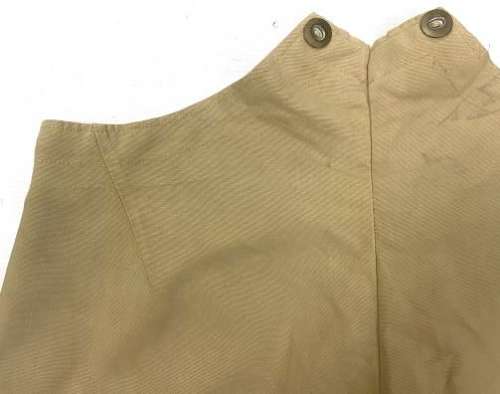 A scarce pair of early British Army Khaki Drill shorts dating from the Great War or the early part of the 1920s.

These shorts have a number of early features which could well make them of Great War vintage. They are cut with a high rise and fishtail back as well as having a narrow knee length leg, typical of those seen in the early part of the 20th Century. As with other Service Dress items they have slash pockets let into the side seams and no rear pockets.

The shirts feature some fantastic brass buttons. Unlike standard issue shorts they are not the plain stamped steel or brass examples but a much finer, two hole button with an elliptical centres. The fly features some smaller matching buttons, all of which are brass even if they look slightly more silver in the pictures.

Inside the shorts a number of markings have been made including what appears to be the original owners name ' R. E. Palmer Cohen' which may be researchable.

The shorts are in very good condition for their age and display very well. They are still very wearable, clearly only ever seeing limited use originally. They do however have some marks and staining so please study the pictures and bear in mind that these are a pre worn pair of shorts which may have small issues commensurate with their vintage.

A rare pair of early shorts in great condition and with some fantastic details.