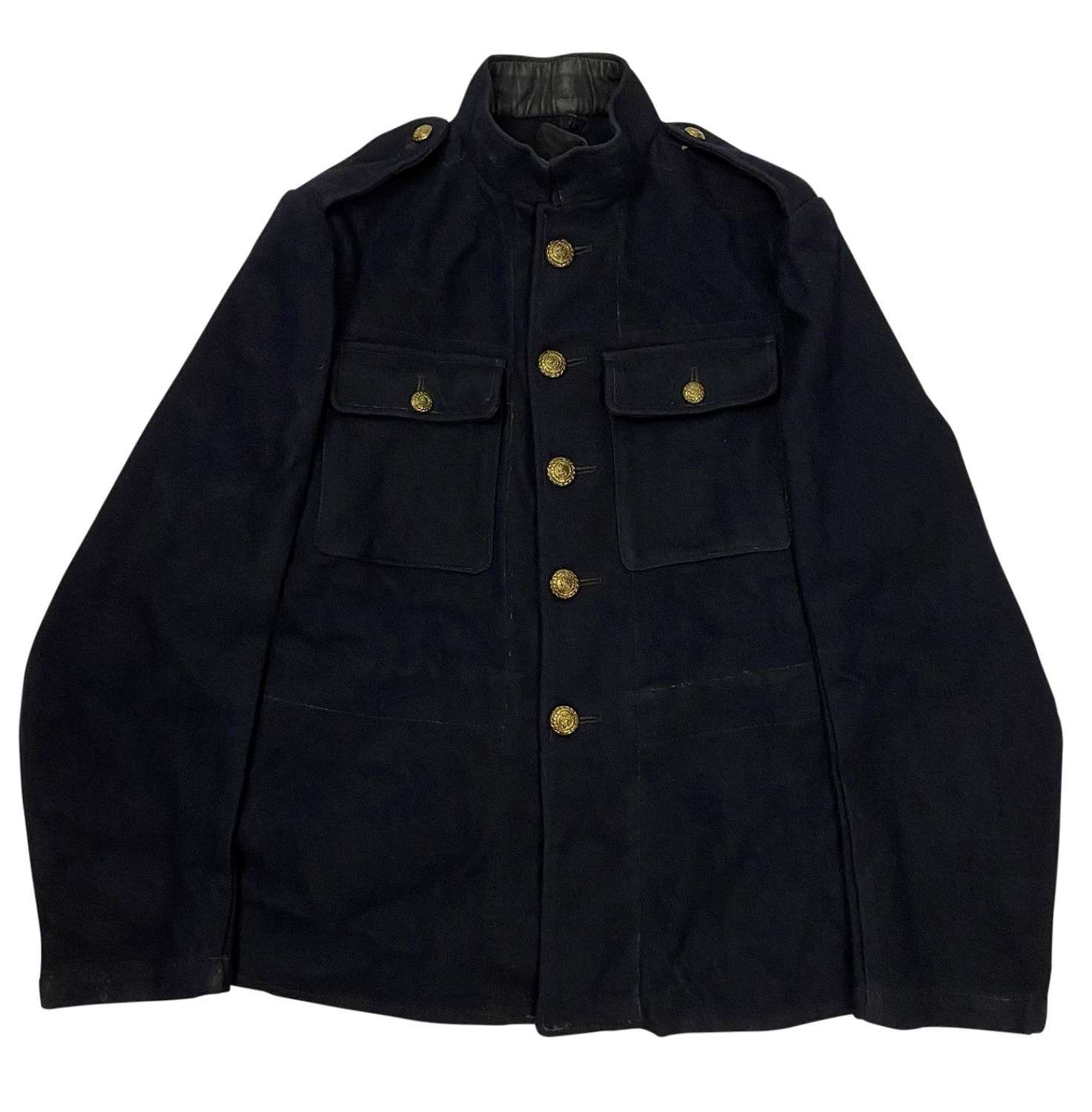 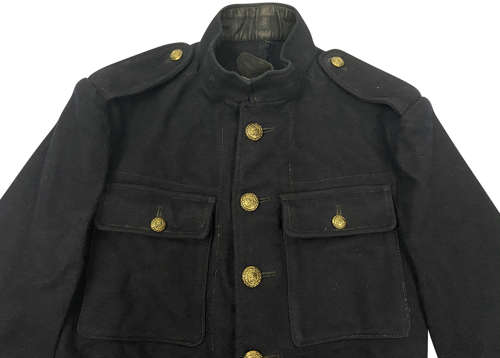 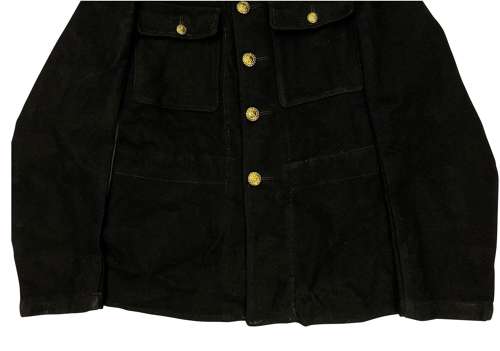 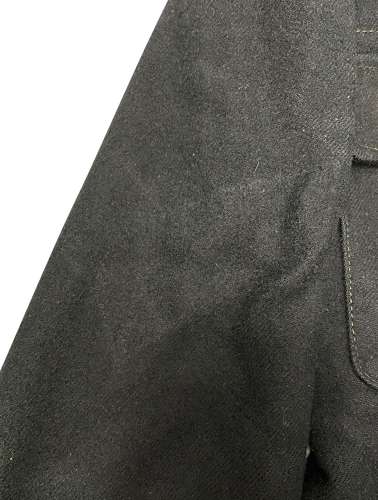 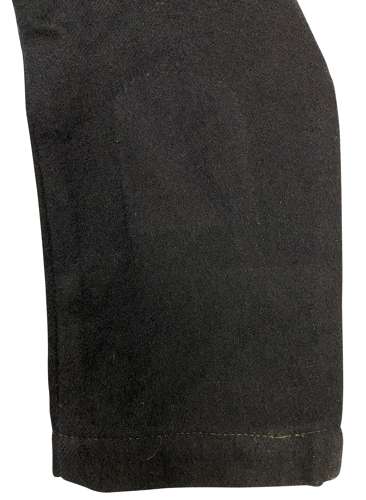 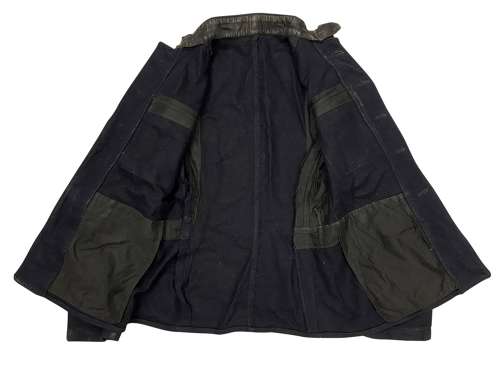 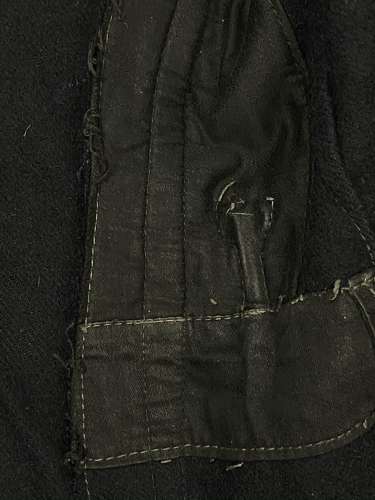 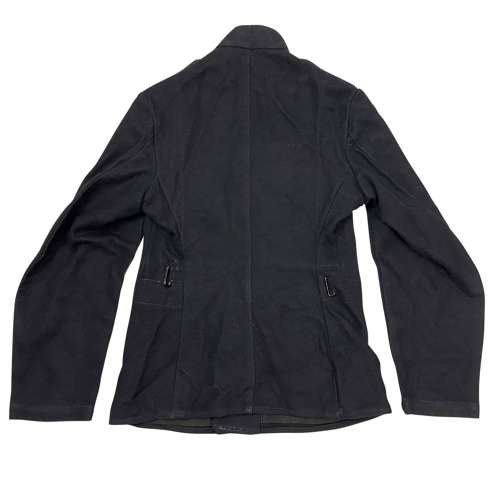 An original Royal Marines tunic which belonged to the Haynes Family who had two members serve in each World War. Thomas Haynes was a Sergeant who fought in the Great War with the Royal Marines and took part in the raid on Zeebrugge whilst his son Eric Haynes, also a sergeant, fought in the Second World War as part of Combined Operations in Sicily and North West Europe.

It is unclear to me exaclty if this tunic belonged to father or son. Proportionatlly it is smaller than the Second World War items which belonged to Eric and matches the size of the Great War tunic owned by his father. The badges which have been removed look to match that of the Second World War tunic although they were both sergeants and could have easily both had similar patches to the lower left sleeve.

The tunic itself is made from the standard navy blue serge wool and is in good condition although, as previously stated, has had all of its badges removed. brass Royal Marines buttons are fitted to the front, chest pockets and eppaulettes and black belt hooks are fitted to the waist.

The tunic is in good condition for its age with only limited signs of service wear and age. It displays well but may have other small issues commensurate with its vintage.

All in all a good example of this pattern of tunic with some known history. Please see my other two listing of items to the Haynes family for more details about their respective wartime endevours!