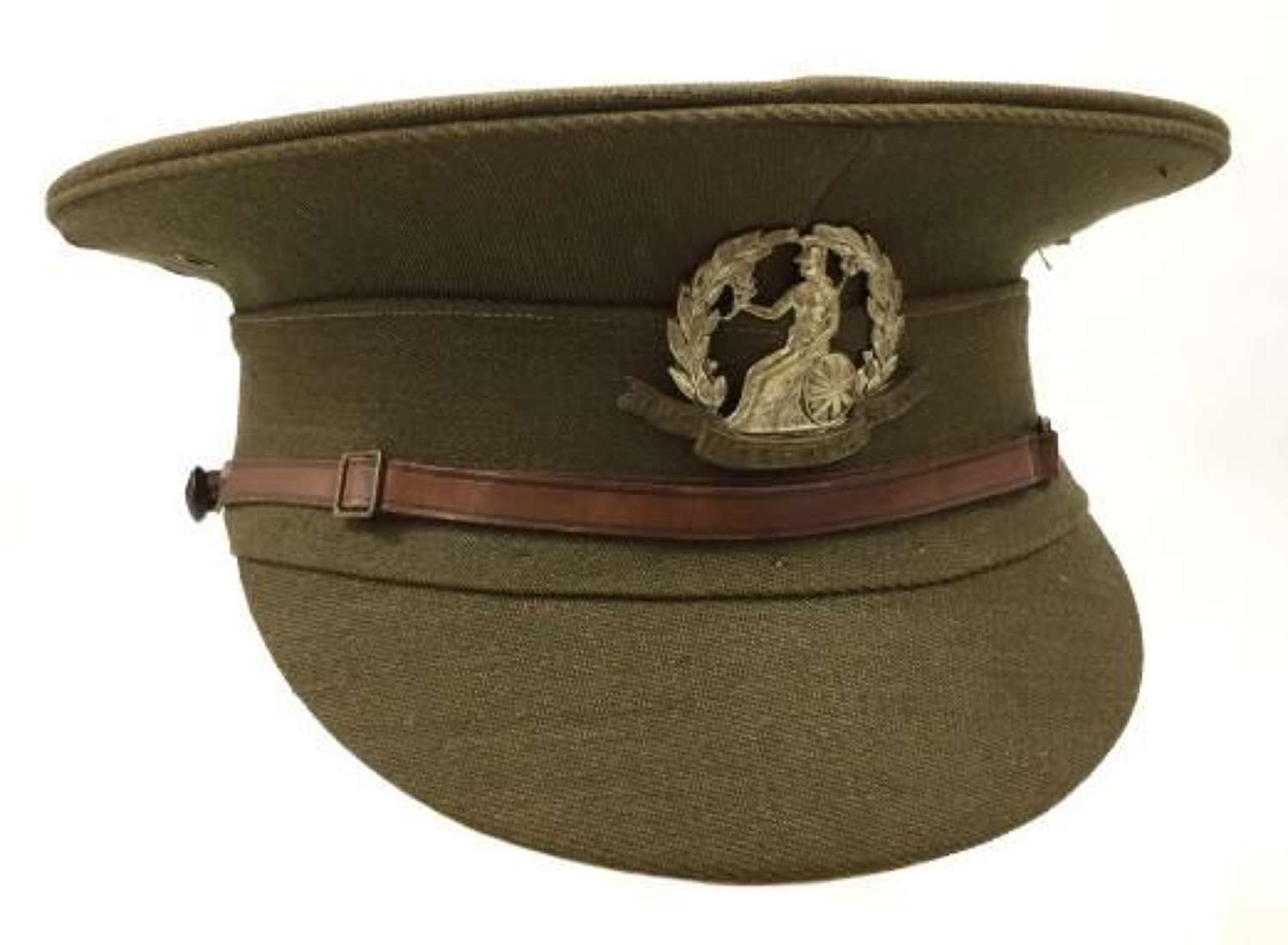 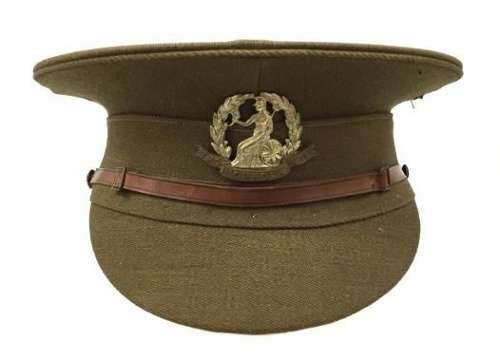 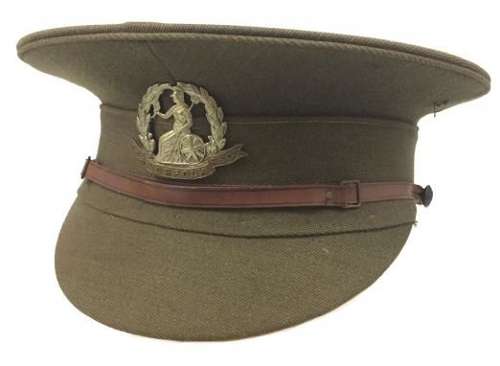 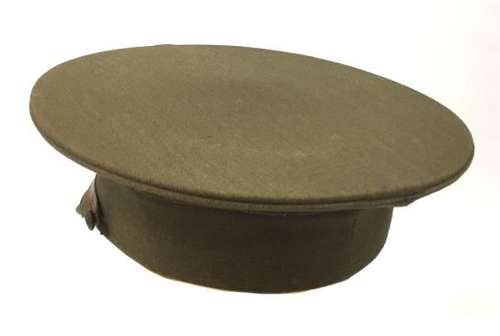 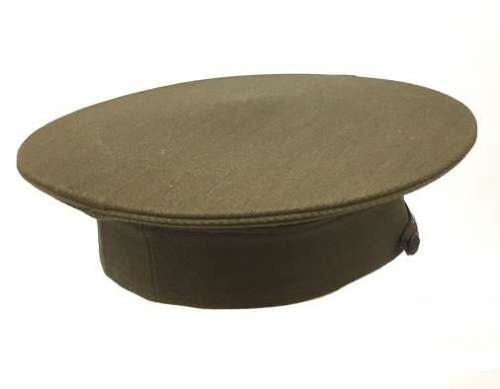 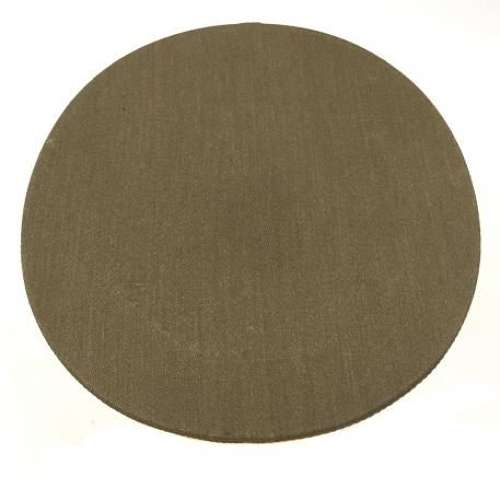 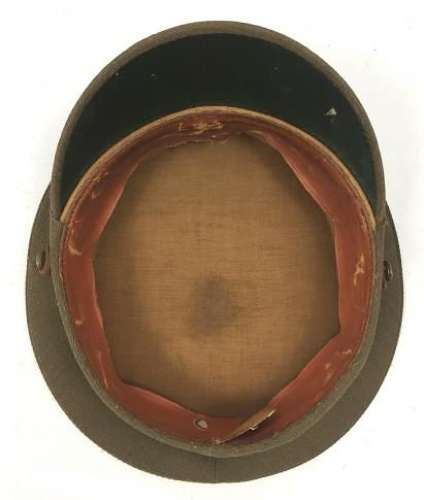 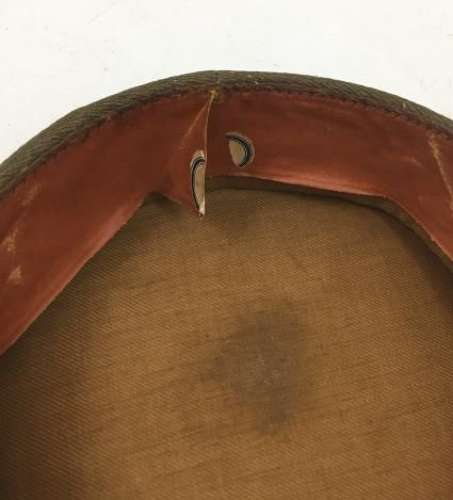 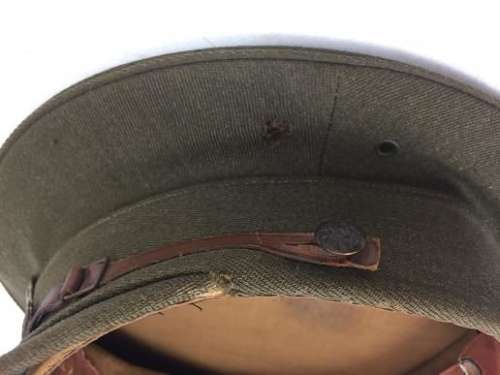 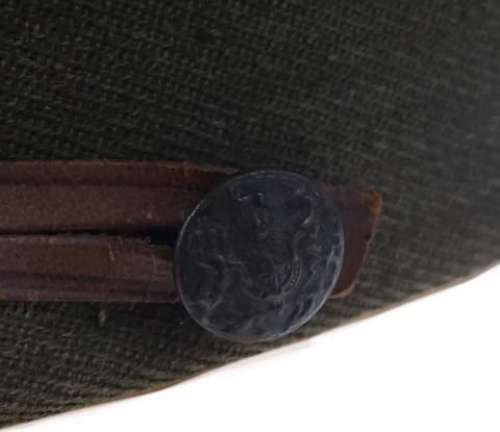 This pattern of cap was introduced before the Great War and saw Service in the early part of the conflict, becoming part of the iconic British Tommy look in the process. This particular hat would appear to be a private purchase example as it is of a finer quality than that usually seen of Ordinary Ranks caps and could have belonged to a Warrant Officer or just somebody who wanted to look a bit sharper than the other lads in his regiment.

The material is a khaki gaberdine not unlike that of the Trench Caps seen later in the war and the peak is short as was usual with this pattern. Later examples tend to have longer peaks, particularly in the inter-war and Second World War period where as WW1 and earlier examples have a short peak like this example. The leather chin strap is original and the thin style used on early caps whilst the buttons are brass examples made by appear to have been made by ‘Buttons Ltd’ of Birmingham. They have either tarnished or had a coating applied to the outside as they are only brass to the reverse.

The interior of the cap features a light khaki coloured lining and a brown leather sweatband. There is the remnants of a circular size label, typical of those found on period caps and hats during this period and another good indication to the origins of the hat being private purchase. Sadly the size cannot be read any longer but I would suggest it is around a size 6 7/8 - 7 which fits a display head well.

The cap comes complete with an original Great War period Norfolk Regiment Bi-metal cap badge. Whether this original to the cap or not it is impossible for me to say but there is certainly a possibility.

The condition of the cap is very good and it displays very well indeed. For an item that is over 100 years old it only has a few small issues and limited signs of wear. There is some very light moth tracking to the exterior which is only noticeable on close inspection and some minor soiling to the interior. The leather chin strap is a very good example and looks excellent on the cap. It does however have some cracking around the button slots. The only other issues are that one of the eyelets is missing as is shown in the pictures and there is some wear to the edge of the peak where it meets the main body of the cap.