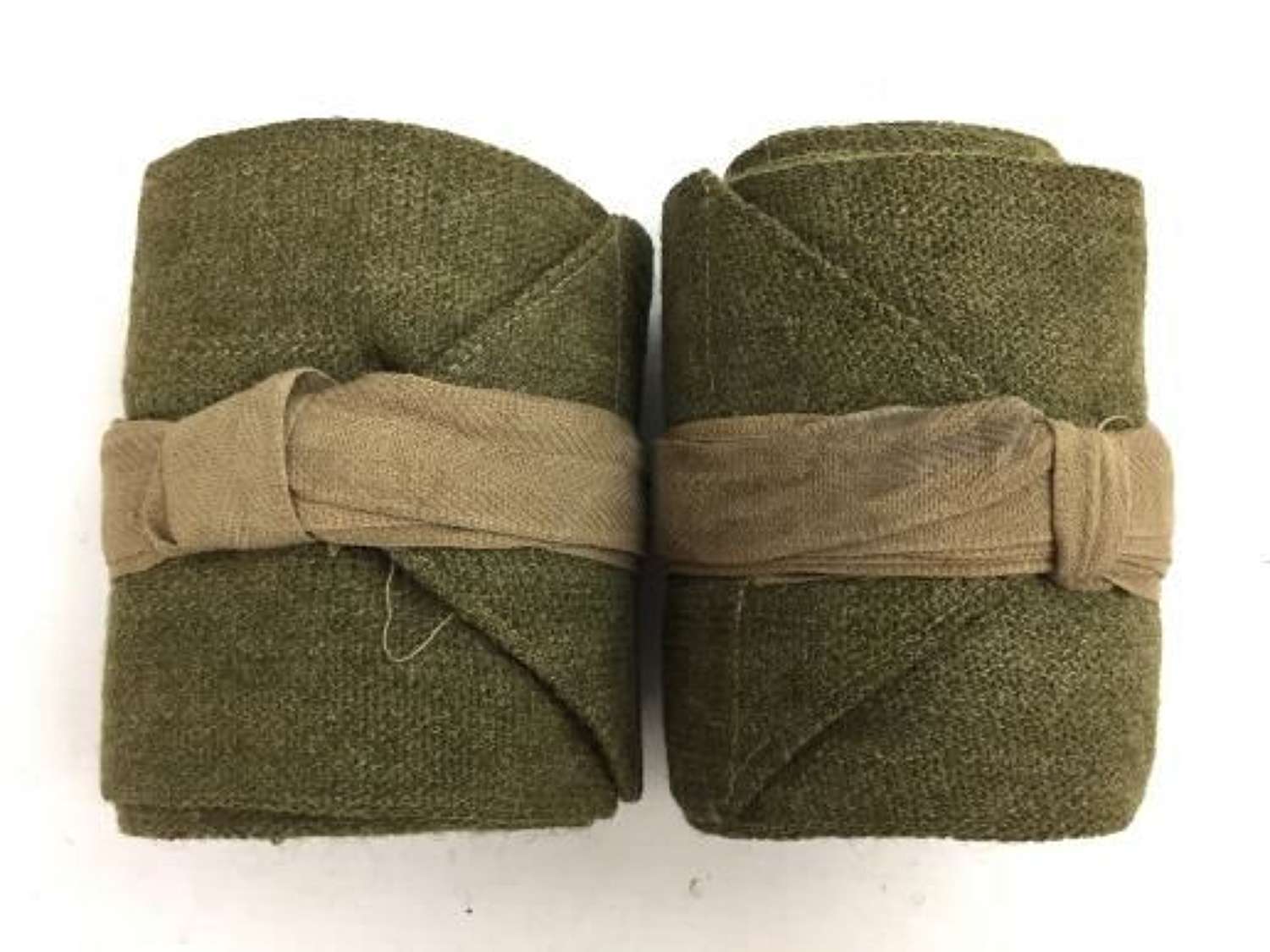 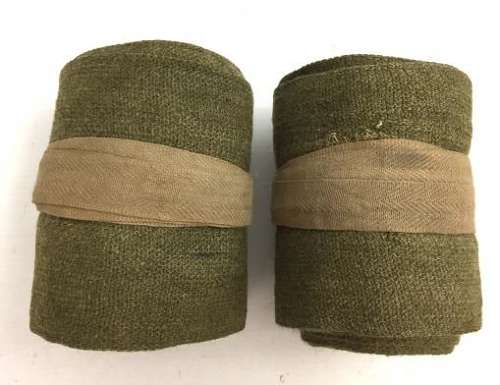 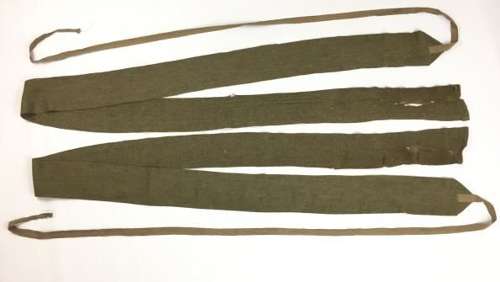 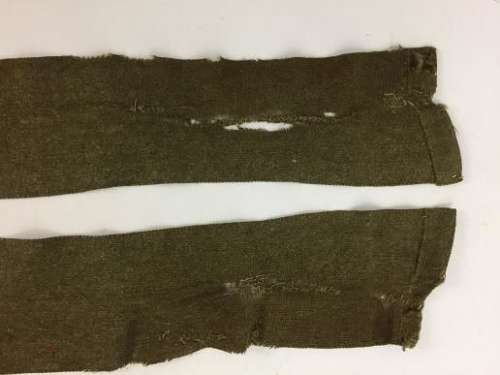 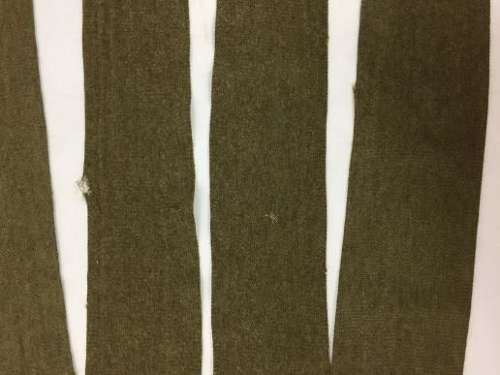 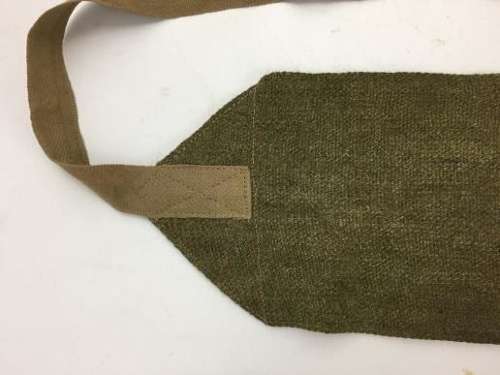 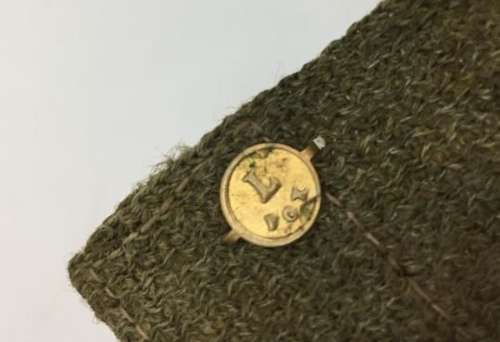 SOLD
An original pair of British Army Ordinary Ranks long Puttees made by Foxes and dating from around the time of the Great War.

This pattern came into use in the early pattern of the 20th Century as part of the 1902 pattern uniform. They saw service throughout the Great War and into the inter-war period, disappearing by the Second World War in favour of shorter puttees or anklets.

There is no date on the puttees as is normal. They are original and can only date from around the time of the Great War but that is as accurately as they can be dated.

Made from a course khaki wool fabric, these are unmistakably OR issue. Officers examples are made from a much finer material and are often different shades to the standard shade of this pair. They are though, like their officer counterparts, made by 'Fox' who are the most prolific and famous of manufactures for this type of item. a little brass disk can be found in the corner of each puttee; one with L and one with R, denoting the side it is to be worn, and the name 'Fox'.

The condition of the puttees is reasonably considering their age and they display well. There is some damage to both the left and right puttee which is clearly original period wear and features a few period repairs. If worn or displayed on a mannequin this shouldn't be visible and the price reflects this.

Both puttees retain their original tapes which are a khaki colour. The ends of each tape are dirty from wear, as obviously only the last section would be on show when worn.

Altogether a good original pair of Great War era OR puttees which would make a good addition to any WW1 collection.