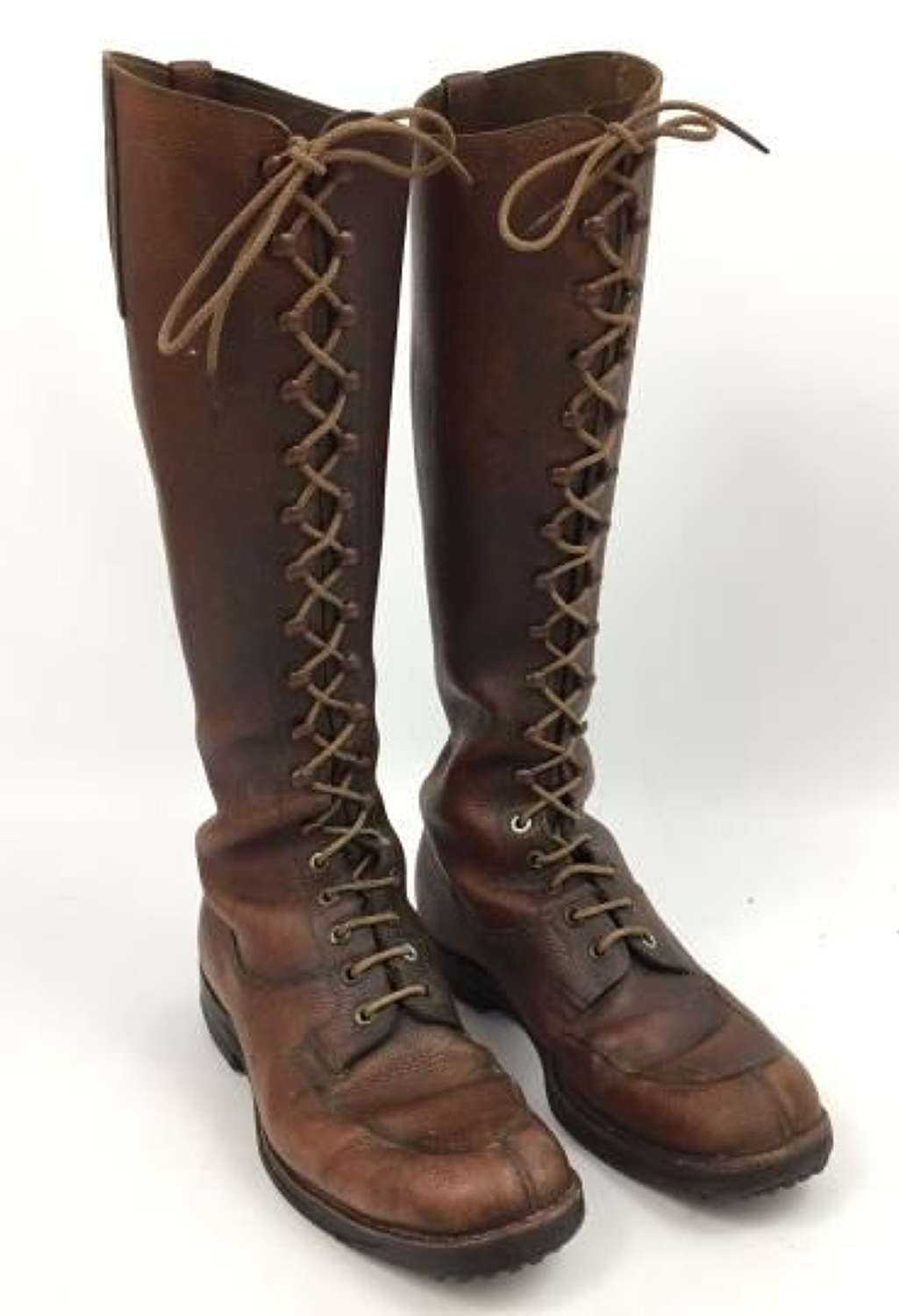 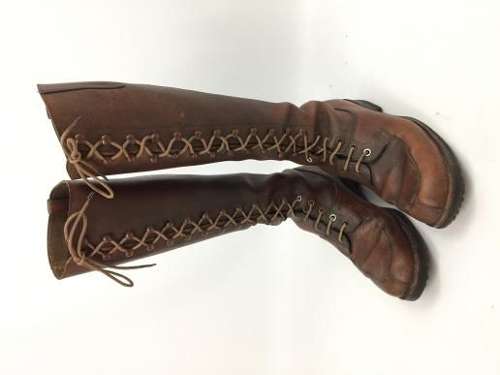 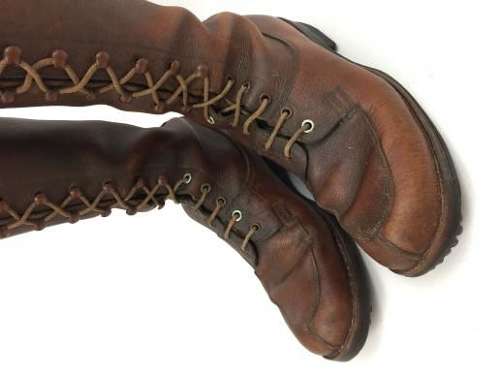 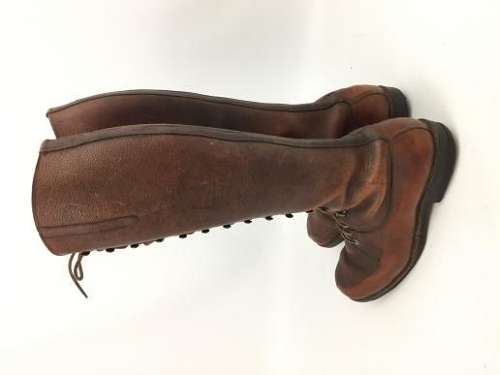 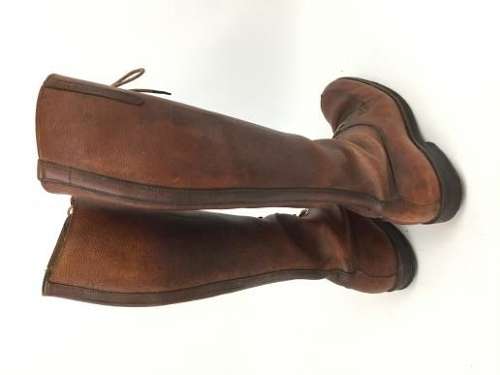 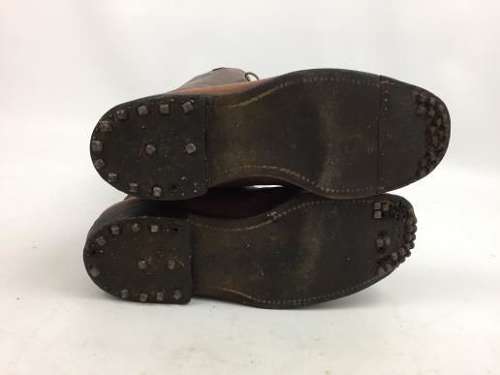 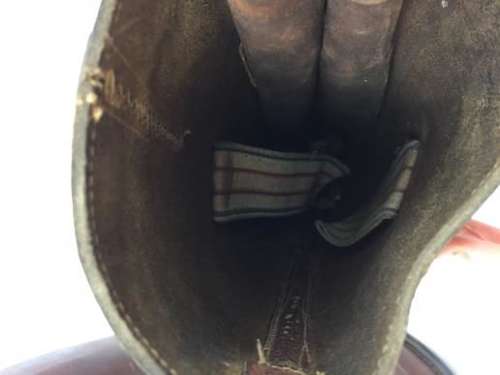 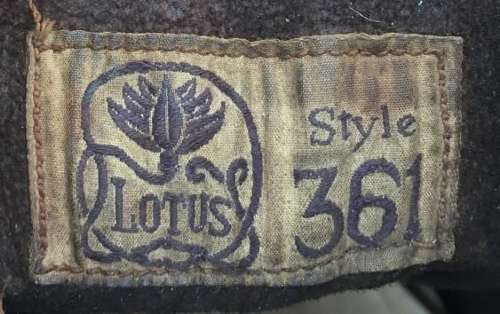 SOLD
A stunning original pair of Officers field boots made by 'Lotus' and dating from the Great War period.

These boots are typical of those seen in period photographs of the First World War featuring a full lace front and norwegian toe. The full lace front style was very popular at the time but they are now much rarer boots than the more common buckle front or pull on examples often seen on the market.

The soles of the boots are again typical of early boots and noticeably different to boots made in the Second World War and later. The stud pattern in particular and the type of studs are unlike those seen on later boots.

The boots appear to have their original laces. They are the correct material and are the right length for the boots. The light colour contrasts beautifully with the boot. All the eyelets are intact on the boot and most of them still retain their original brown paint.

Inside the boots is an original label which states the manufactures name 'Lotus' and 'Style 361' which is the pattern of the boot. There are also two striped pull tabs inside to help with getting the boot on.

The overall condition of the boots is very good as can be seen in the pictures. All the leather is in nice condition an features a fantastic patina. All the stitching appears to be sound but if they were to be worn it must be remembered that they are around 100 years old!

There is no size indicated anywhere on the boot but I would say they are about a size 7 having compared them to other period shoes.

Altogether a stunning and scarce pair of boots which are iconic of the Great War officer. These would compliment any First World War collection without a shadow of a doubt!