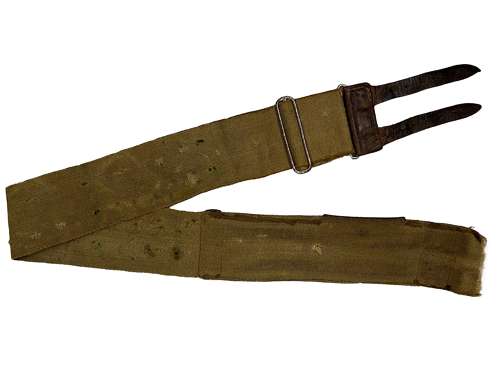 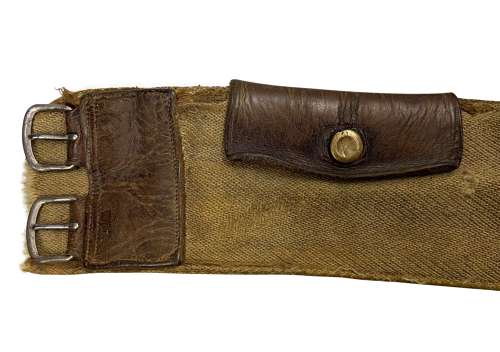 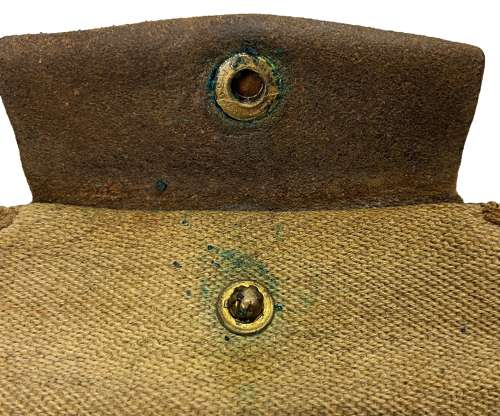 This style of belt was popular with soldiers during the First World War and are often called 'stable belts'. It is made from a khaki tan coloured canvas and features webbing and features leather components and plated metal buckles. The belt fastens with two straps and a money pocket is present to the front which features a leather flap and small brass pop stud fastener which is marked 'Made in England' and is typical of the period.

The belt has previously been fitted with a variety of buttons and badges as was popular in both World Wars. Sadly someone has removed them all before the belt came into my possession.

The belt is adjustable and will fit between approximately a 26" and 36" waist.

The bely is in worn condition as can be seen in the pictures. It still appears to be sound however and displays well.

A nice vintage belt which could suit a collector or re-enactor well.