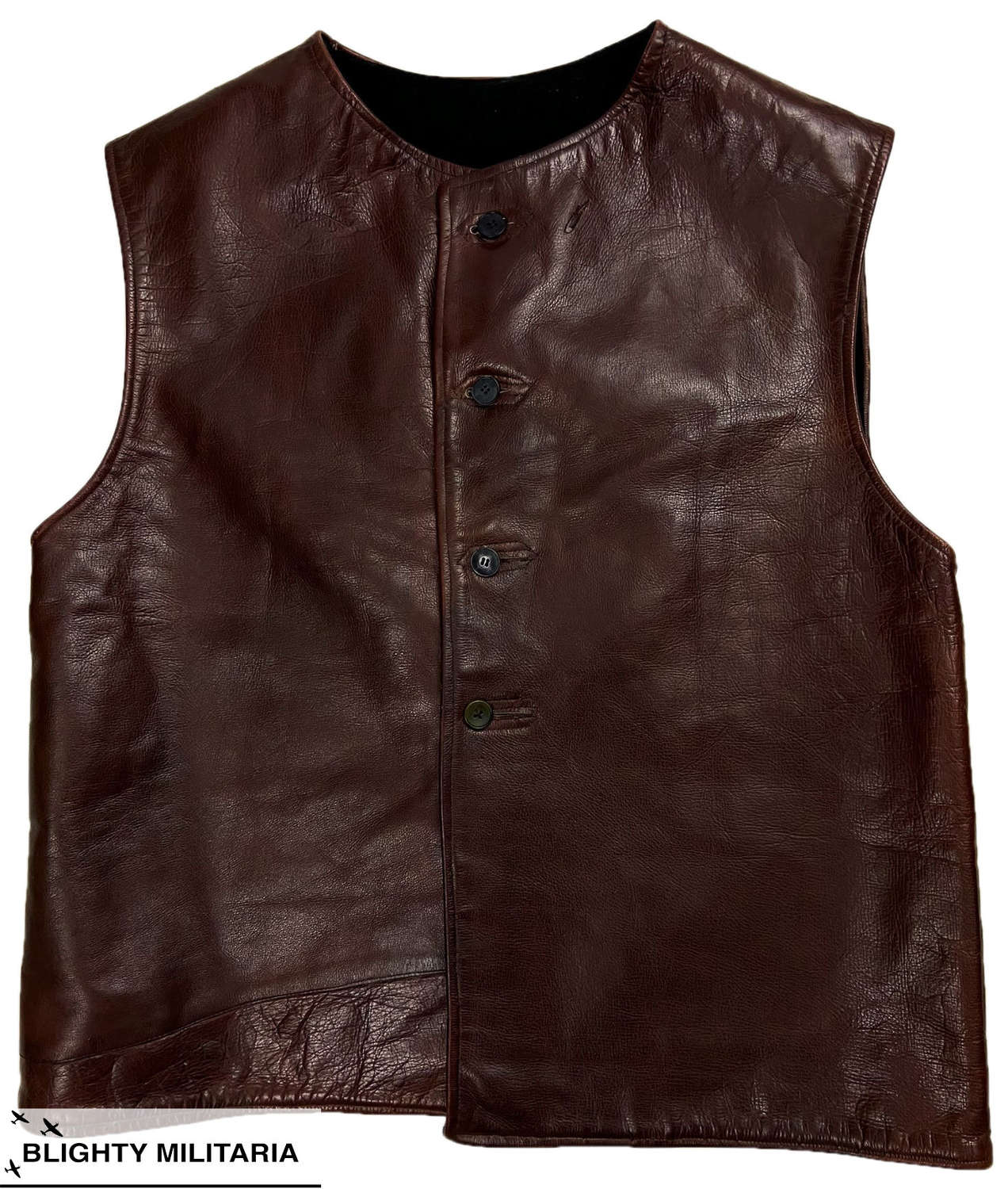 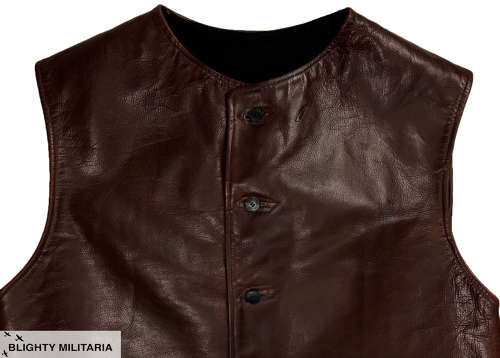 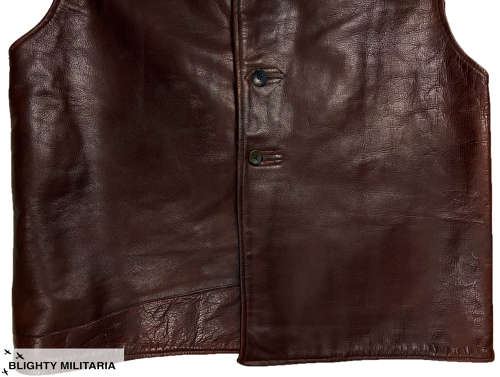 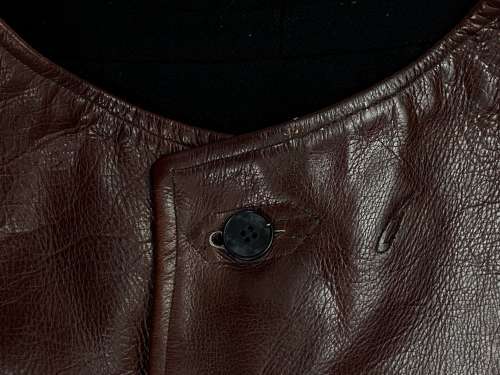 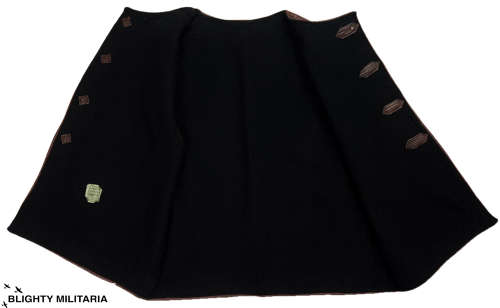 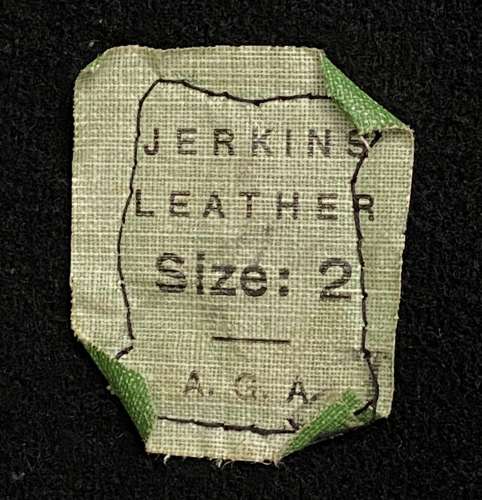 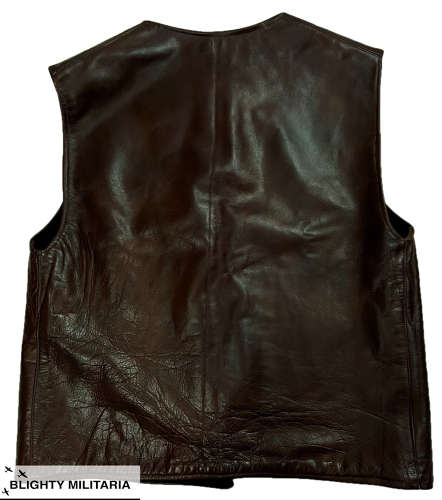 This jerkin is made from Buffalo leather which gives it a different look and feel to British made examples. The cut of the jerkin is typical of First World War jerkins with a wide cut shoulder and straighter, looser body than later examples. The jerkin is lined with a black wool material and the front buttons appear to be old replacements.

The original label is still present inside the jerkin and is a simple white piece of fabric with the words 'Jerkins Leather, Size: 2, A.G.A.' with the latter part being the manufacturer's initials. The style of label is identical to other jerkins which have been positively identified as being of Great War vintage.

The jerkin will fit up to at least a 42" chest depending on how many layers are to be worn underneath. When laid flat it measures -

The condition of the jacket is very good for its age, especially when it's age is taken into consideration. The leather outer is good with some signs of wear and use etc. Please study the pictures and bear in mind that this is a vintage, pre-owned item.

Altogether a great example of this early jerkin. It has all the 'right' features which are associated with Great War Leather Jerkins and it displays very nicely. This would make a nice addition to any collection without a doubt!