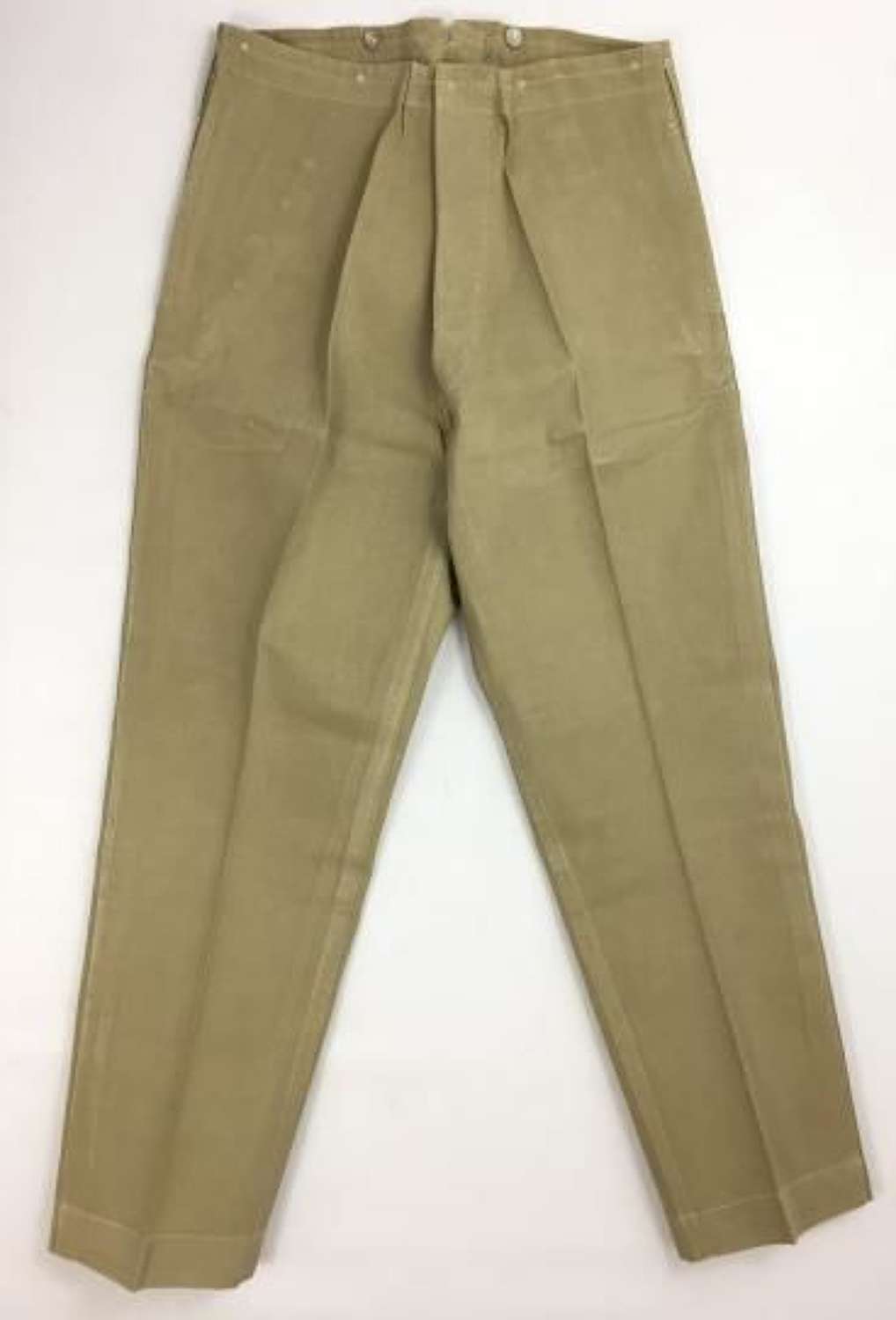 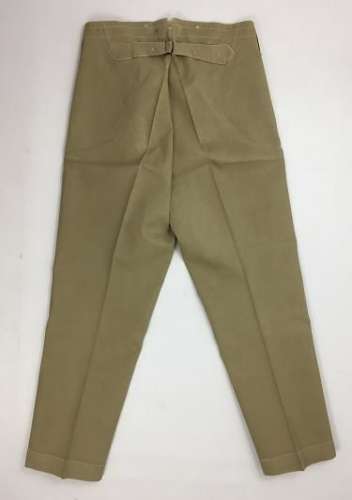 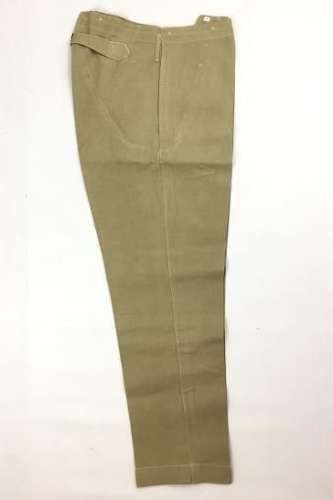 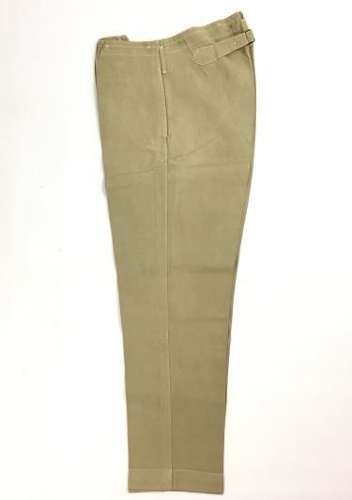 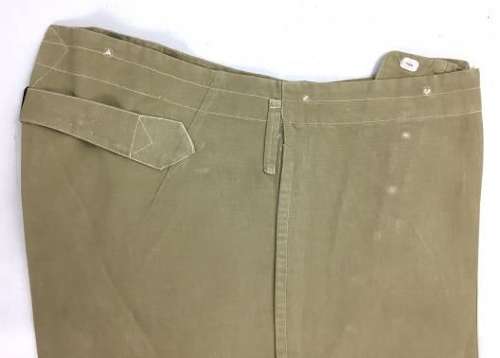 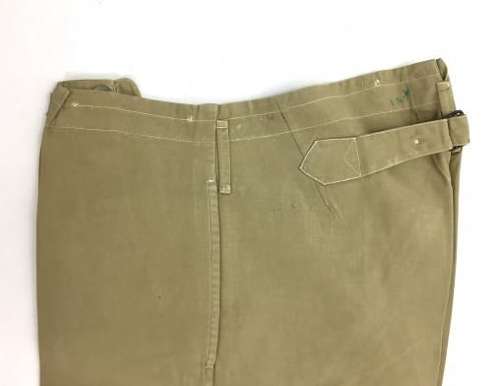 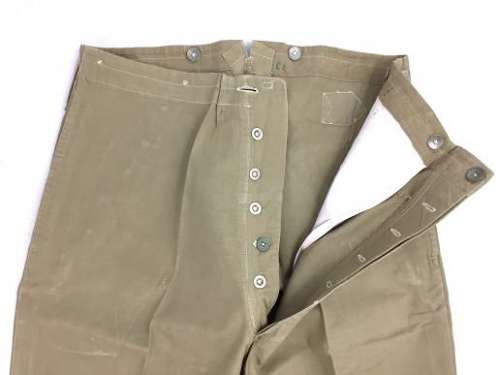 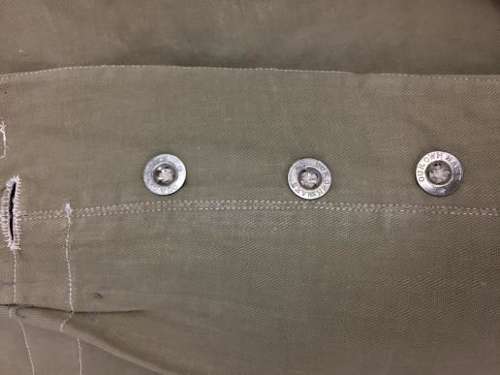 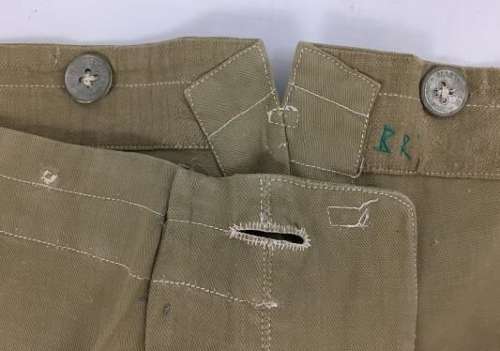 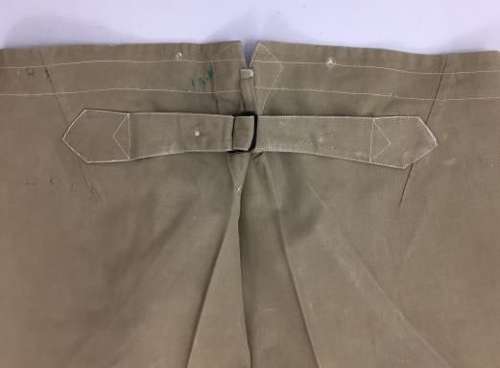 SOLD
Without a doubt, these are the earliest pair of KD trousers I have ever come across. The cut of them is clearly Edwardian and means they date from around the time of the First World War.

This early pair of KD trousers were made in Singapore which was a British outpost during the 19th Century and throughout the first part of the 20th Century. One of the more famous incidents to happen here was the Mutiny of 1915. These trousers date from this era.

The trousers are typical of those made in the Edwardian era and clearly different to those made in the inter-war and Second War periods. They feature a much more narrow leg than their later counterparts, a flat front and high rise and a cinch belt to the rear. As well as this the cut to the top of the trousers is indicative of early menswear.

Metal buttons are present, some of which are stamped 'Season Singapore'; whilst others say 'Our Own Make' - a common stamp to find in this period. Belt loops are also present to the outside of the trousers.

The condition of the trousers is good as can be seen in the pictures. They have been worn and laundered but there are no major defects that I can see. The trousers have been starched as was common at this time for smartness and means they have a rigidness to them. This can be washed out to return them to a soft cotton finish if you so wish.

All in all a stunning pair of early men's trousers and easily the earliest pair I have ever come across. This would be ideal for a Great War collector or somebody interested in early 20th Century men's fashion.