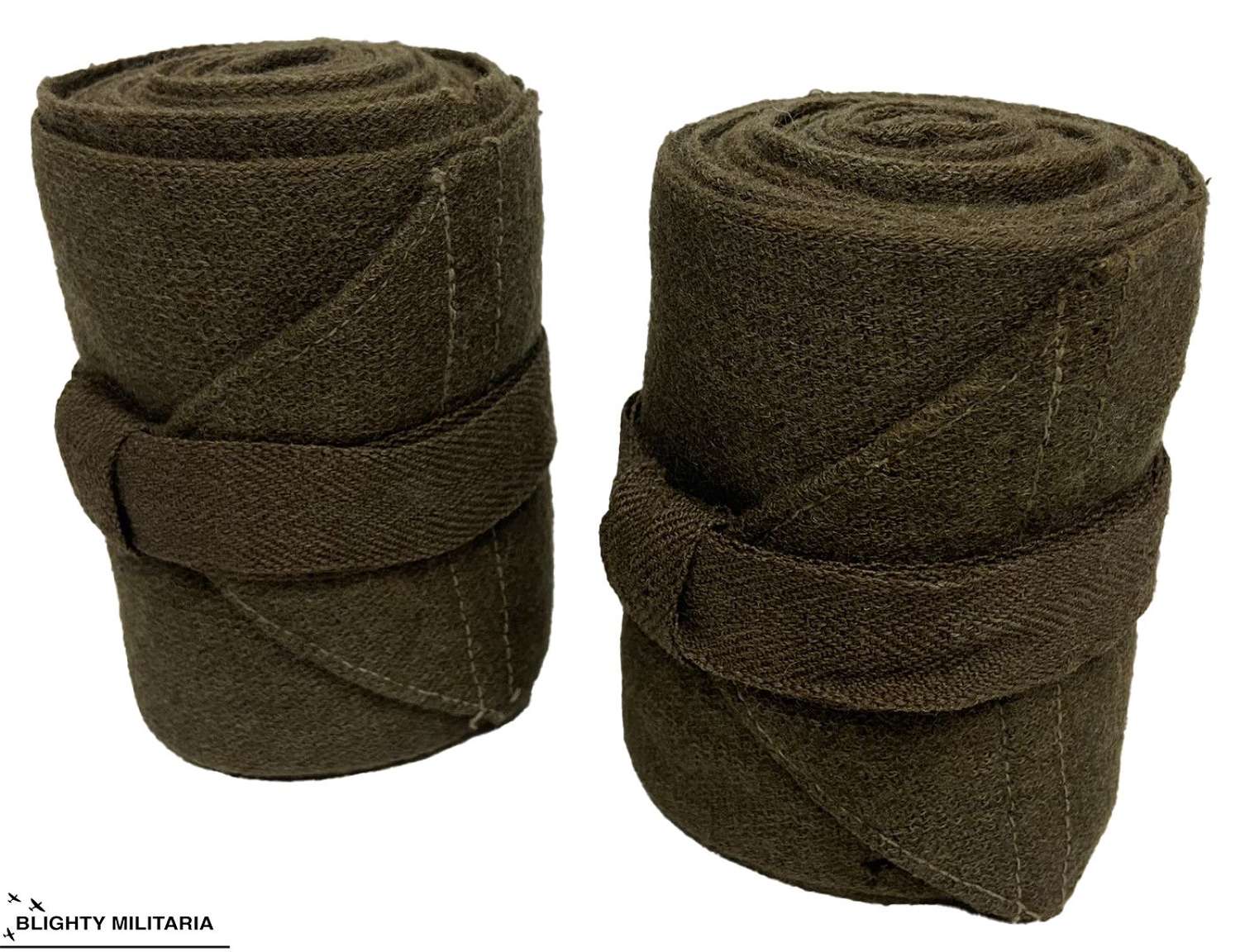 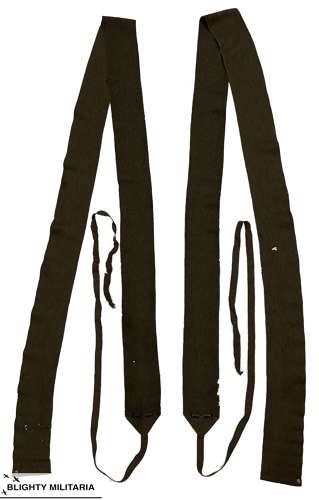 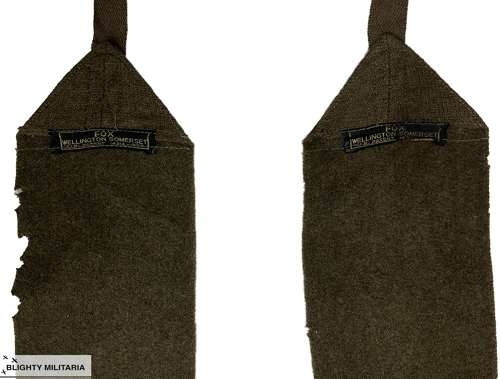 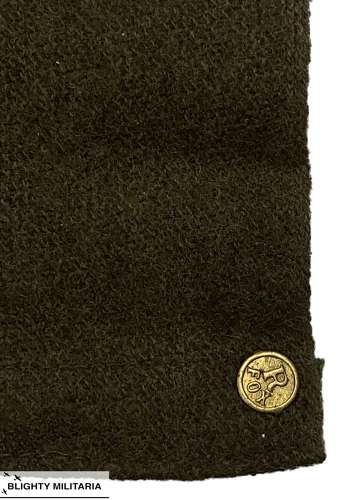 An original pair of British Army officer's khaki wool puttees in good condition and made by 'Fox'.

This pattern of puttees was worn by officer's from the pre Great War period through to the early part of the Second World War. Fox were the most prolific manufacturer throughout this period and the style remained unchanged for many years, making them very hard to date exactly. They most likely date from the Great War or inter-war period, or possibly the very early Second World War period. They quickly fell out of service in 1939-40 so this is perhaps the least likely option.

The puttees are made from the standard khaki coloured wool used for officer's puttees which was a much finer and higher quality material than that used by the Ordinary Ranks. They feature long cotton tapes which are also khaki green and the maker's label is present to each puttee and reads 'Fox Wellington Somerset'. Each one has a small metal disc affixed to it which bears either 'L' or 'R' denoting which is for which leg.

The puttees are in generally good condition for their age but have suffered from limited moth damage and have a few other holes and general signs of wear. They would still be wearable or could be displayed on a mannequin and look perfectly presentable in my opinion, Please study the pictures before purchasing.

A nice original set of puttees!