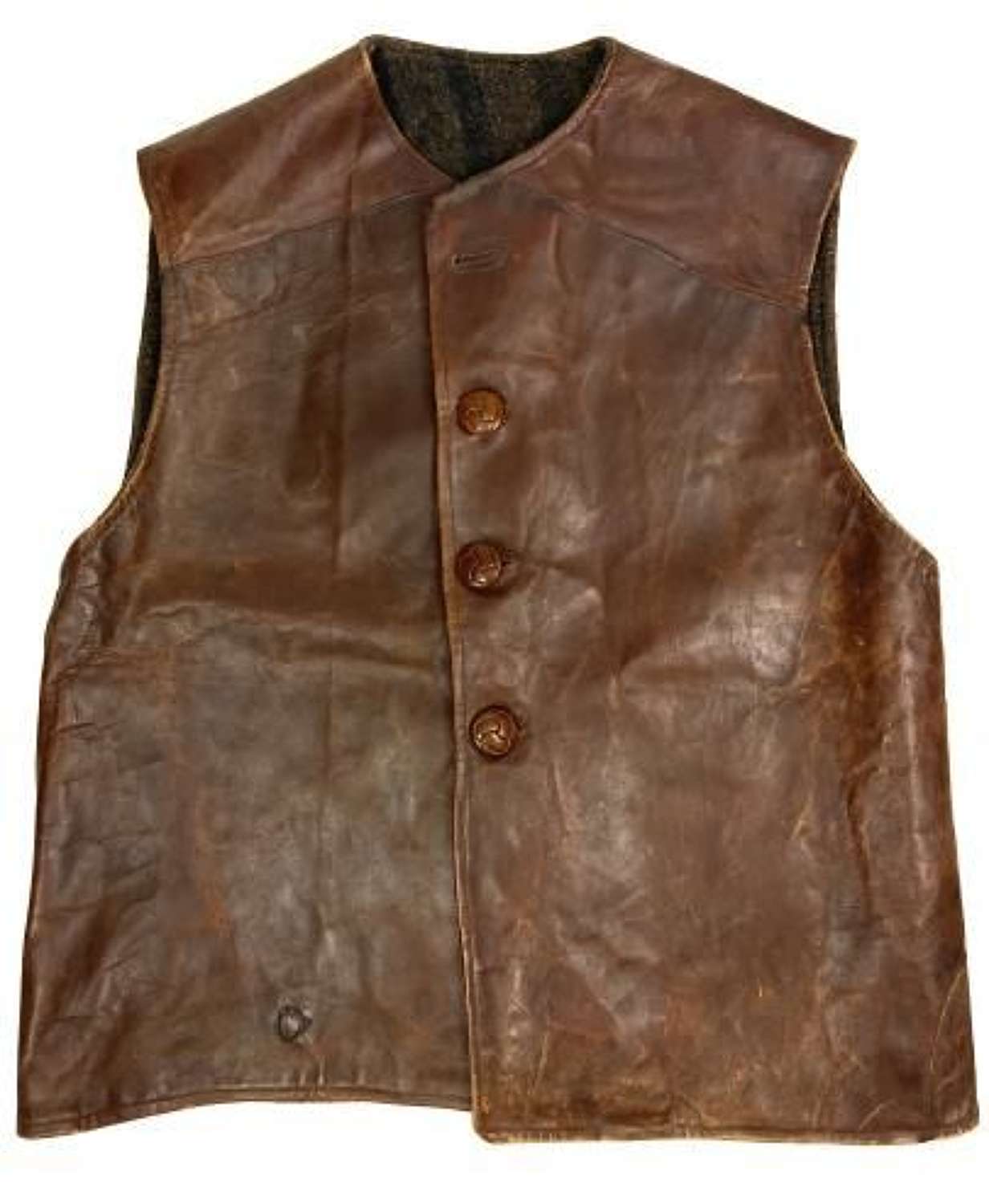 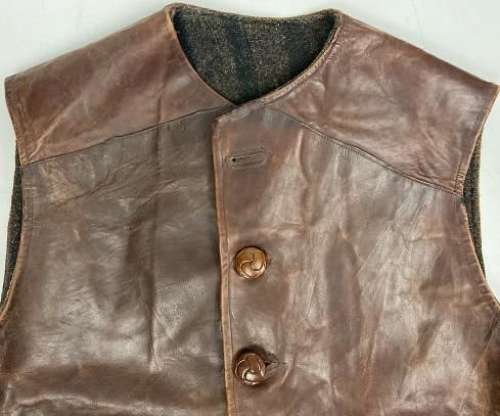 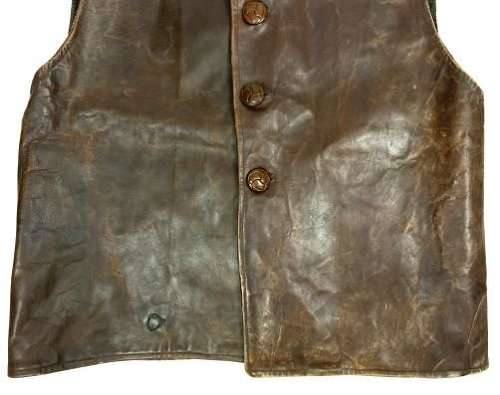 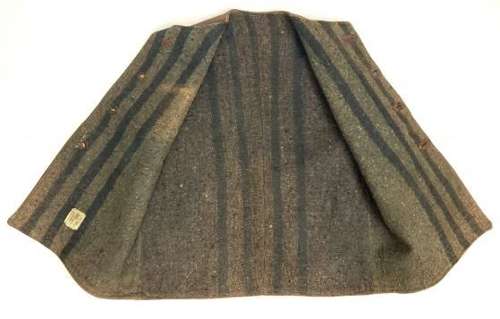 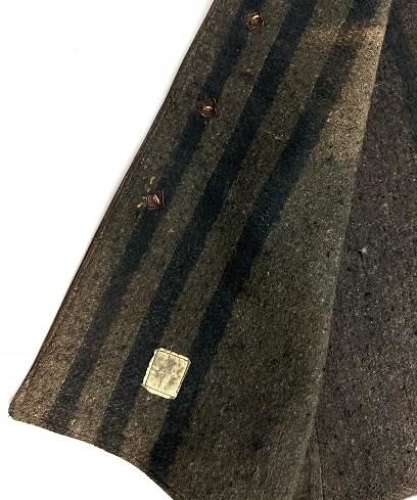 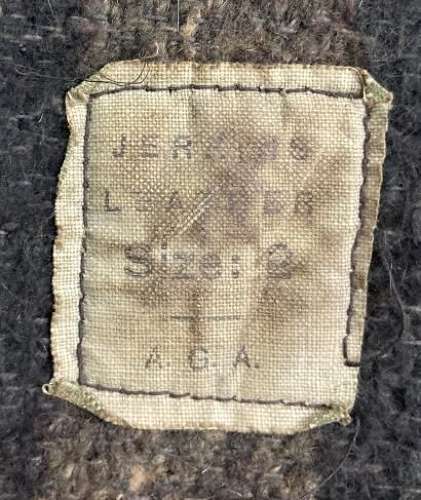 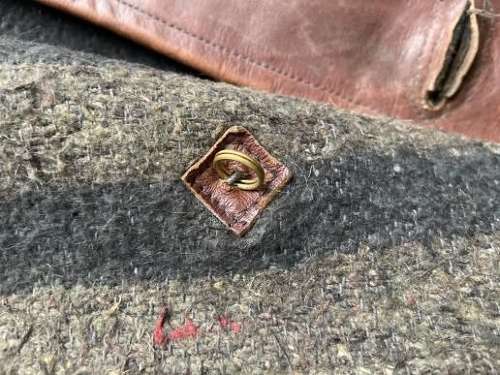 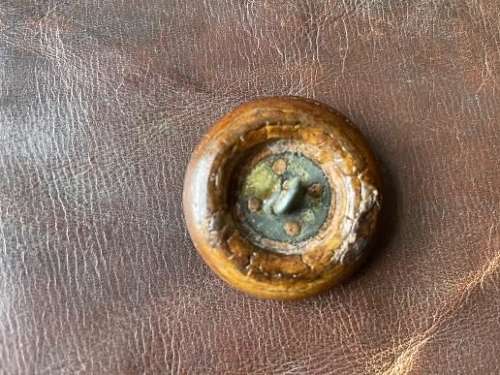 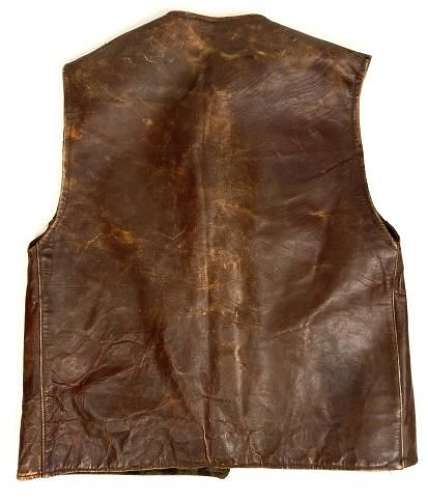 SOLD
A scarce Great War British Army Indian made leather jerkin by 'A.G.A' in great condition for its age.

The jerkin is made from Buffalo leather which gives it a different look and feel to British made examples. There are two main features which make this item of Great War vintage with the first being the coarse weave blanket lining, regularly encountered on WW1 jerkins. The buttons are also correct for the Great War and are an oversized faux leather football button design with a brass backing. They are attached to the jerkin with metal split rings which is another feature of Great War jerkins and a good indicator to the vintage of this item.

The cut of the jerkin is also typical of First World War jerkins with a wide cut shoulder and straighter, looser body than later examples.

The original label is still present inside the jerkin and is a simple white piece of fabric with the words 'Jerkins Leather, Size: 2, A.G.A.

The condition of the jacket is good for its age, especially when it's age is taken into consideration. The leather outer is good with various signs of wear and use whilst the lining has similar wear and some discolouration in places. Please study the pictures as these form part of the description.

Altogether a great example of this early jerkin. It has all the 'right' features which are associated with Great War Leather Jerkins and it displays very nicely. This would make a nice addition to any collection without a doubt!