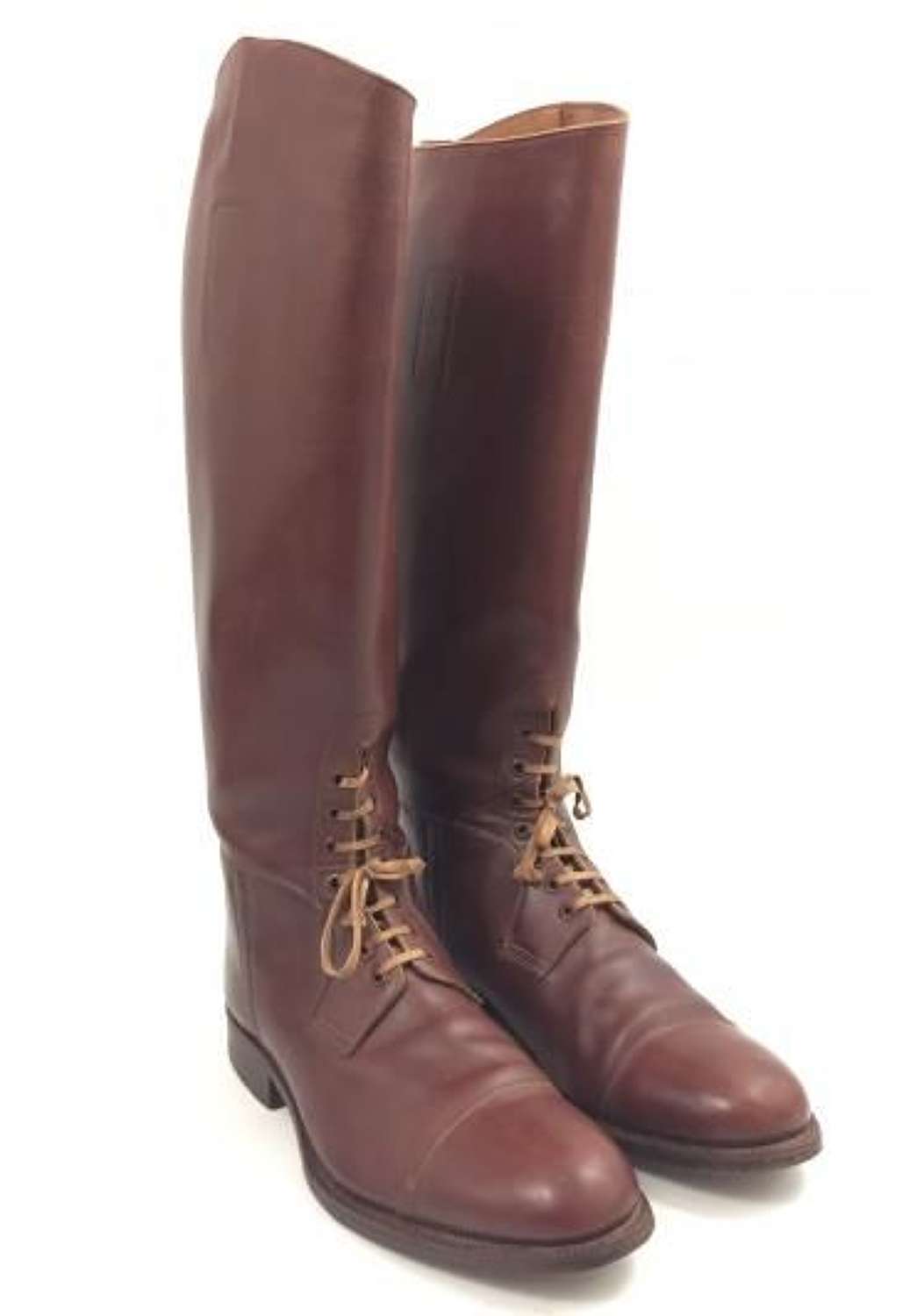 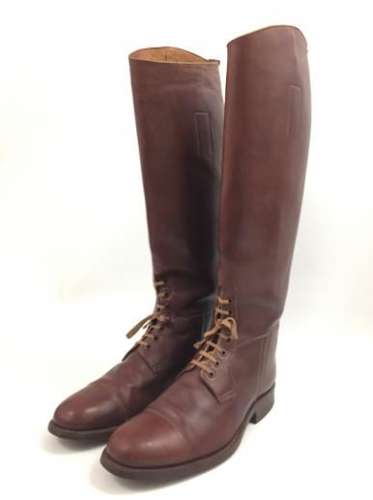 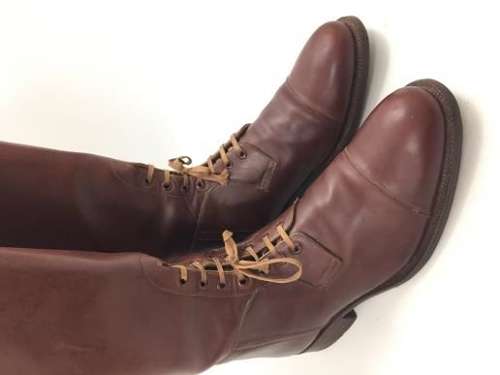 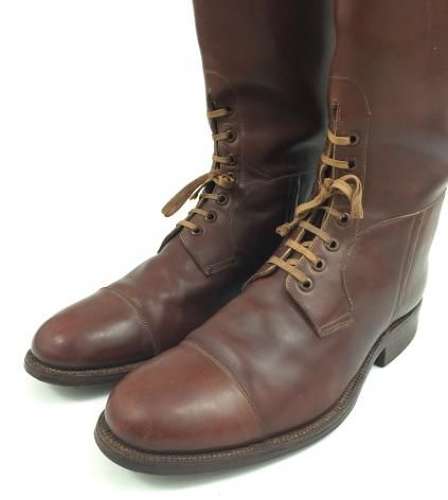 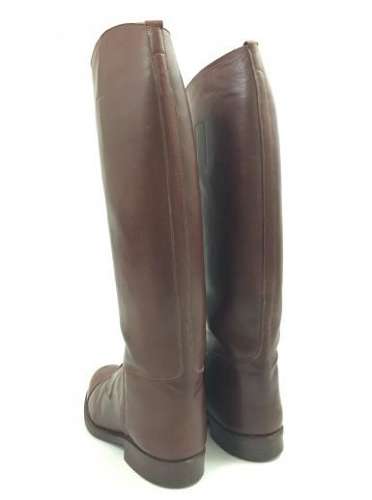 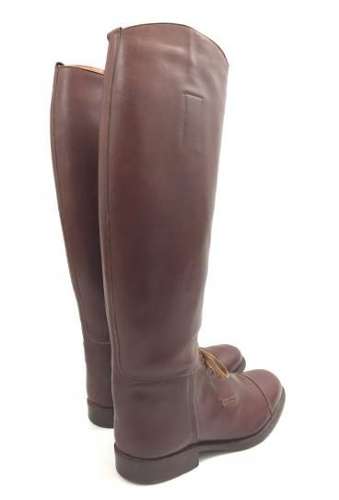 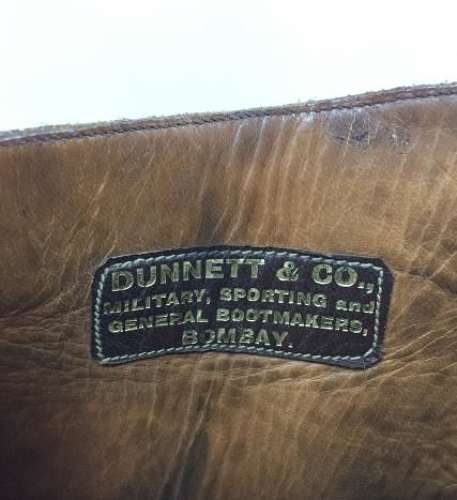 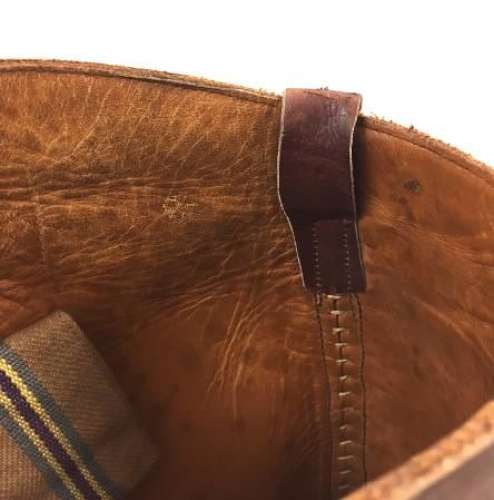 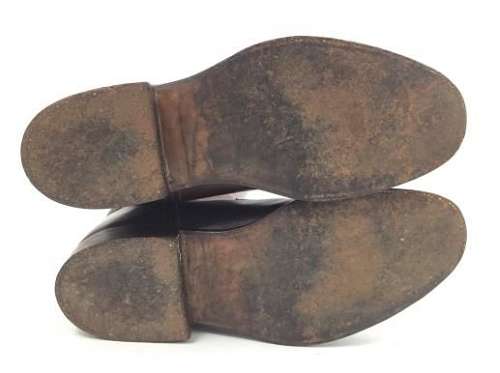 This style of boots was extremely popular with British Officers during the Great War as well as with pilots of the Royal Flying Corps and can be seen in many contemporary pictures. This particular pair were made by 'Dunnet & Co' of Bombay, most likely for an Officer whilst stationed in India.

Inside the boots are stuffed with 1931 dated newspaper which would have been done after they were last worn. It is impossible to exactly date private purchase items such as this but it is almost guaranteed the were made before this date, either in the First World War or the immediate post-war years.

The construction of the boots is typical of those made during World War One with fine stitching and what appear to be the original laces.

The condition of the boots is absolutely fantastic as can be seen in the photographs and are probably the best pair I have ever handled! The leather is still supple with no signs of cracking, brittleness, age or any other problems often encountered with antique footwear. The soles and heels are good showing only limited signs of wear.

The boots will fit a UK size 9 well, so a good wearable size.

All in all a truly fantastic pair of Great War era boots which would be very hard to better. They display very nicely and would make an excellent addition to any collection.