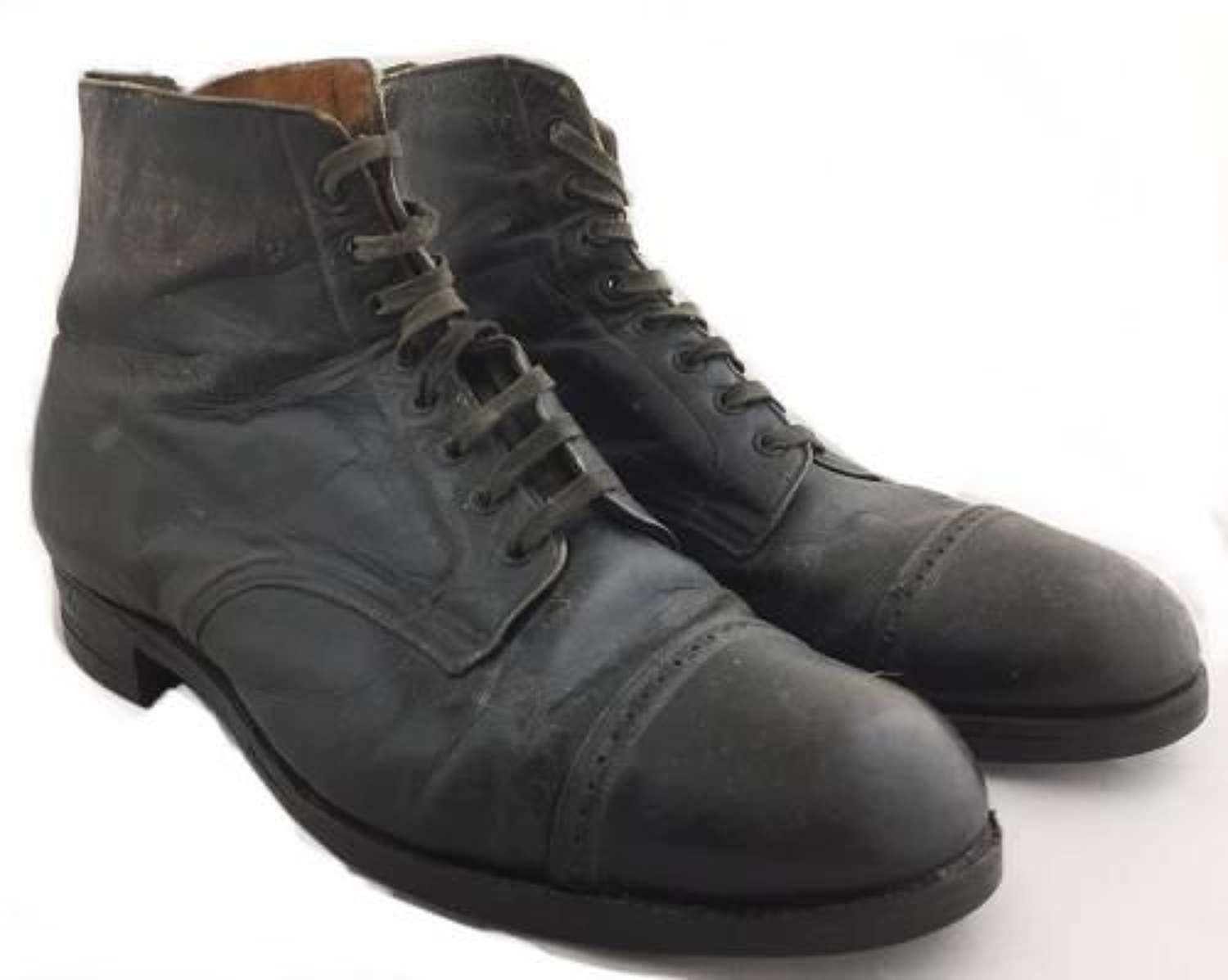 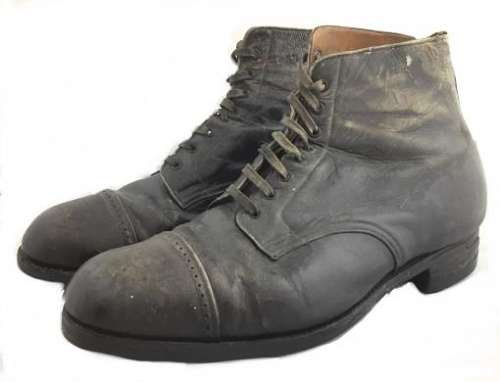 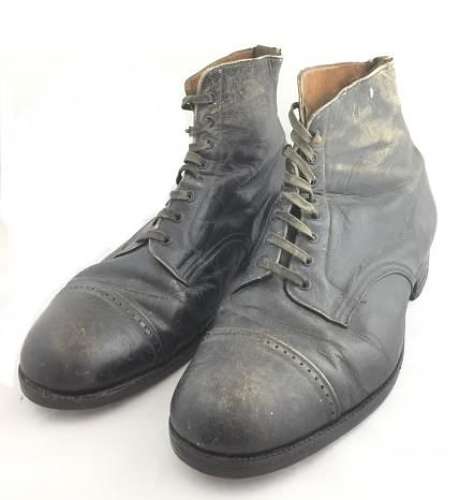 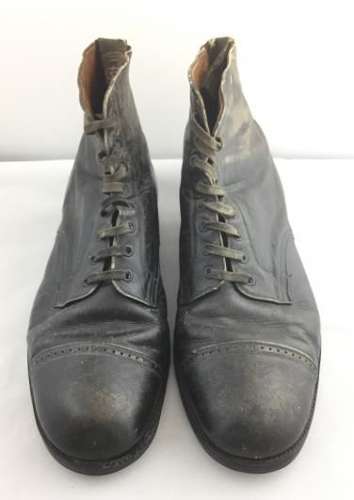 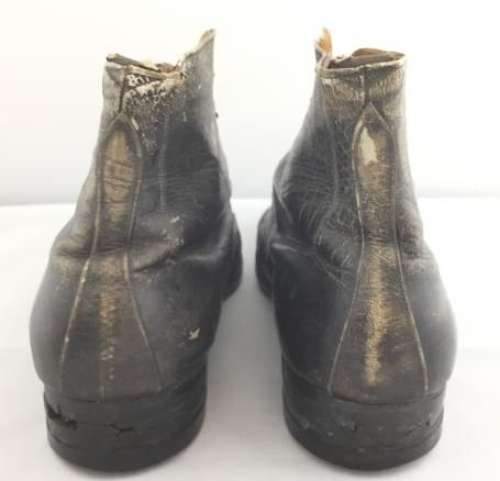 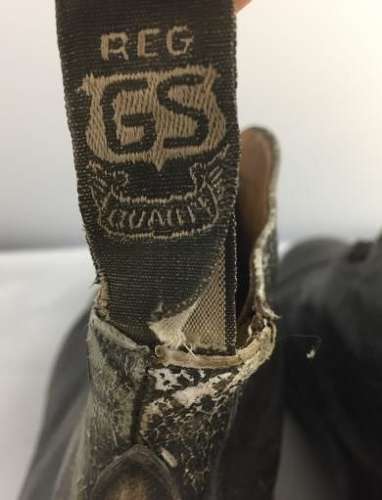 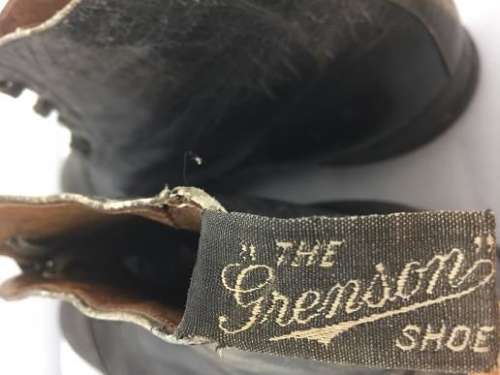 SOLD
The company Grenson was started by a Mr William Green in Northamptonshire in 1866. He died in 1901 and his son took over changing the name to Grenson in 1913. When war broke out a year later his factory was turned over to the production of boots for the British Army for the next four years.

At the beginning of the war there was a desperate need within the British Army for boots. Hundreds of thousands of men were joining up and each man needed a pair of boots leading the power that be to turn over all current production of boots they could to the British Army. This meant that in the first years of the war a large variety of footwear can be seen and this particular boots are typical of such a pair.

The shape of these boots is typical of the Edwardian period and the laces appear to be original, if not very old examples. Each boot features a cotton puller to the rear which is embroidered 'REG GS Quality' on one side and 'The Grenson Shoe' on the other, which again is typical of the era.

The overall condition of the boots is very good considering they are over 100 years old and they have taken on an amazing patina. They are scuffed in places and the there are some sections missing from the heel as can be seen in the pictures, but this is to be expected of boots of this era.

The boots have been resoled but are now not recommended for wear as they are too delicate. They would be ideal for a mannequin, reference piece or part of a kit display.

Original Great War period boots are now very scarce and expensive when they do come up on the open market. This pair would make a great addition to a collection or display for a fraction of the price.