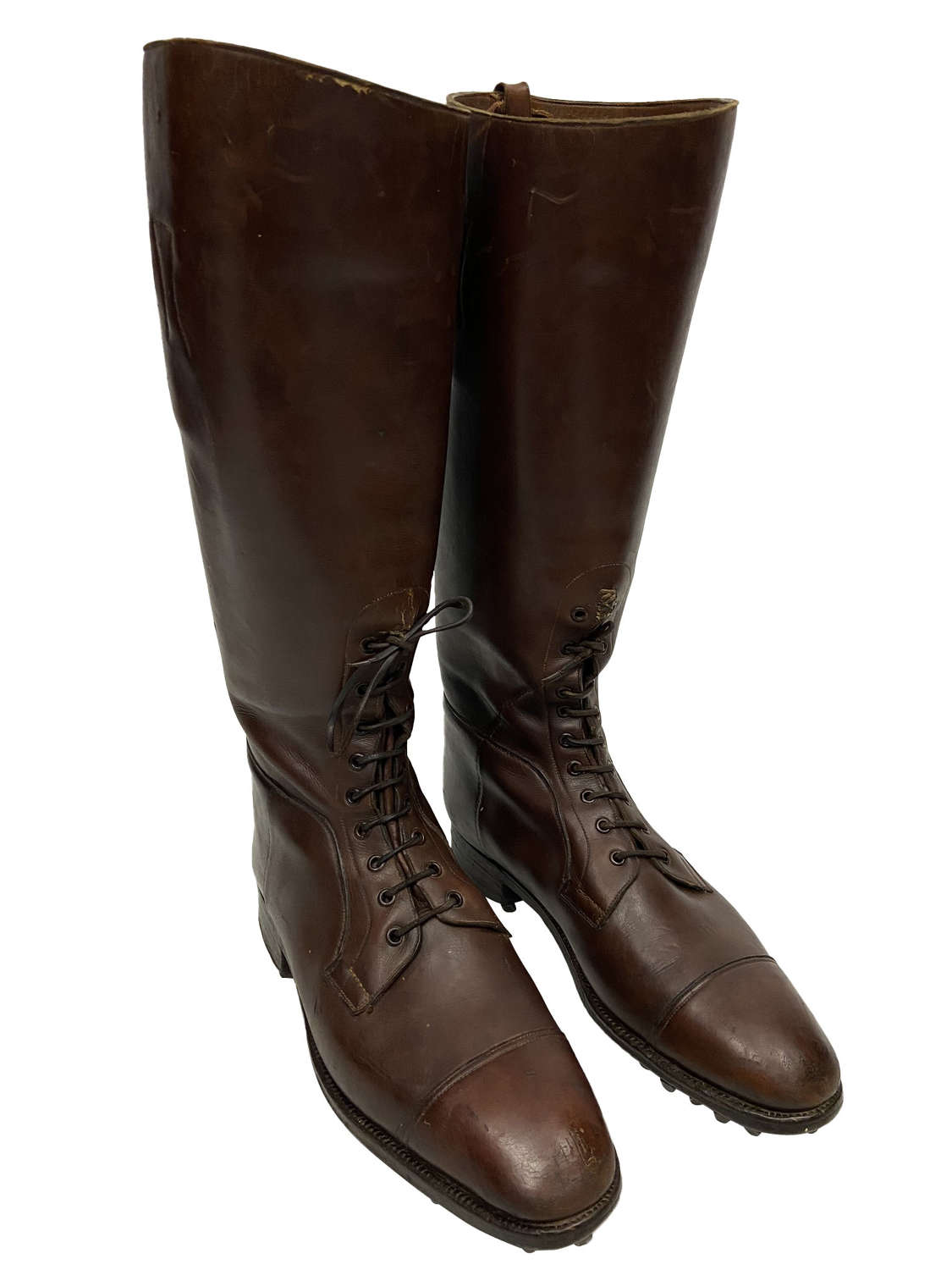 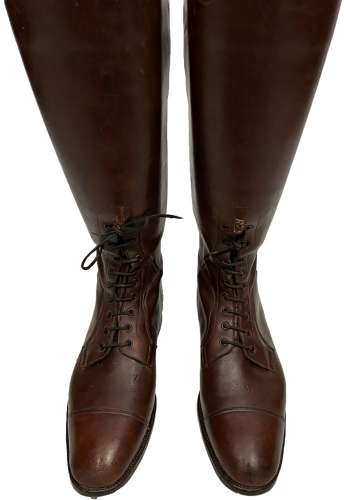 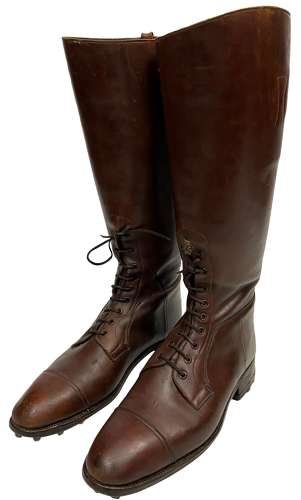 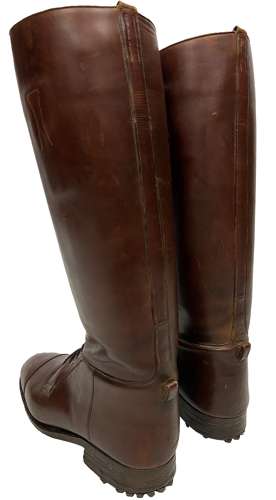 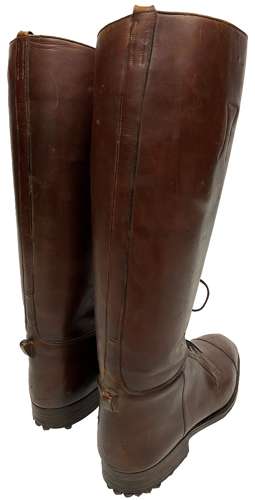 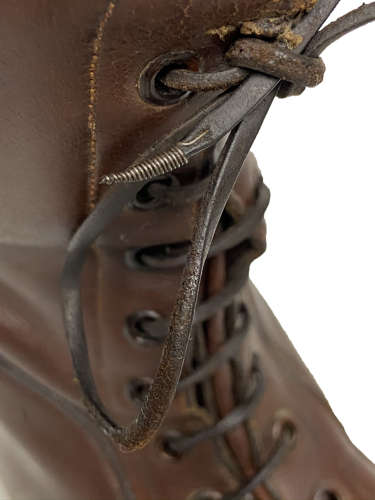 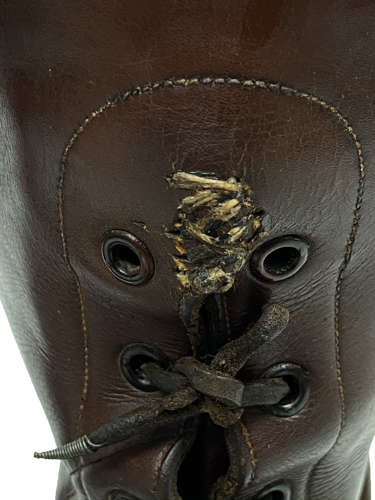 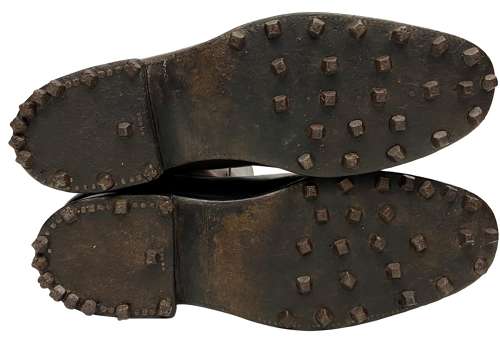 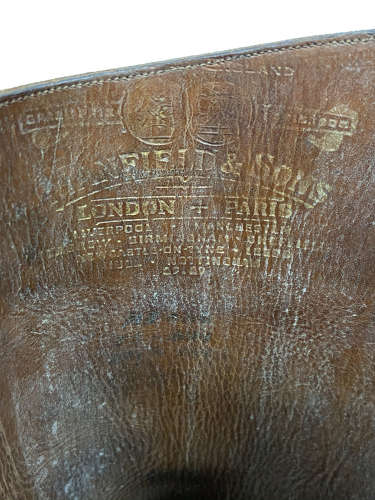 An original pair of British Army Officers field boots dating from the first half of the 20th Century.

This pattern of boots was very popular with British Army officers during the Great War period. They were a very common uniform item for officers to own and wear during the war with their popularity waning in the later part of the 1930s as ankle boots became more popular. Ankle boots and officers' double buckle boots more or less replaced this pattern when the Battledress uniform was introduced in 1938.

These boots were made by Manfield & Son's who were a prolific boot maker during the Victorian period and in the first half of the 20th Century. They supplied boots for the forces in both World Wars as well as selling from their many stores in the UK, Ireland and Northern Europe. The design of the boots as well as the markings to the interior suggest that these are an earlier example which date from around the time of the Great War or possibly the early inter-war period. The shape is typical of early footwear and the studs fitted to the soles suggest that these boots were used for field work. The original laces are still present and feature metal bound ends which are typically found on Victorian and Edwardian boots.

A nice pair of British field boots which would make a great addition to any collection or display.