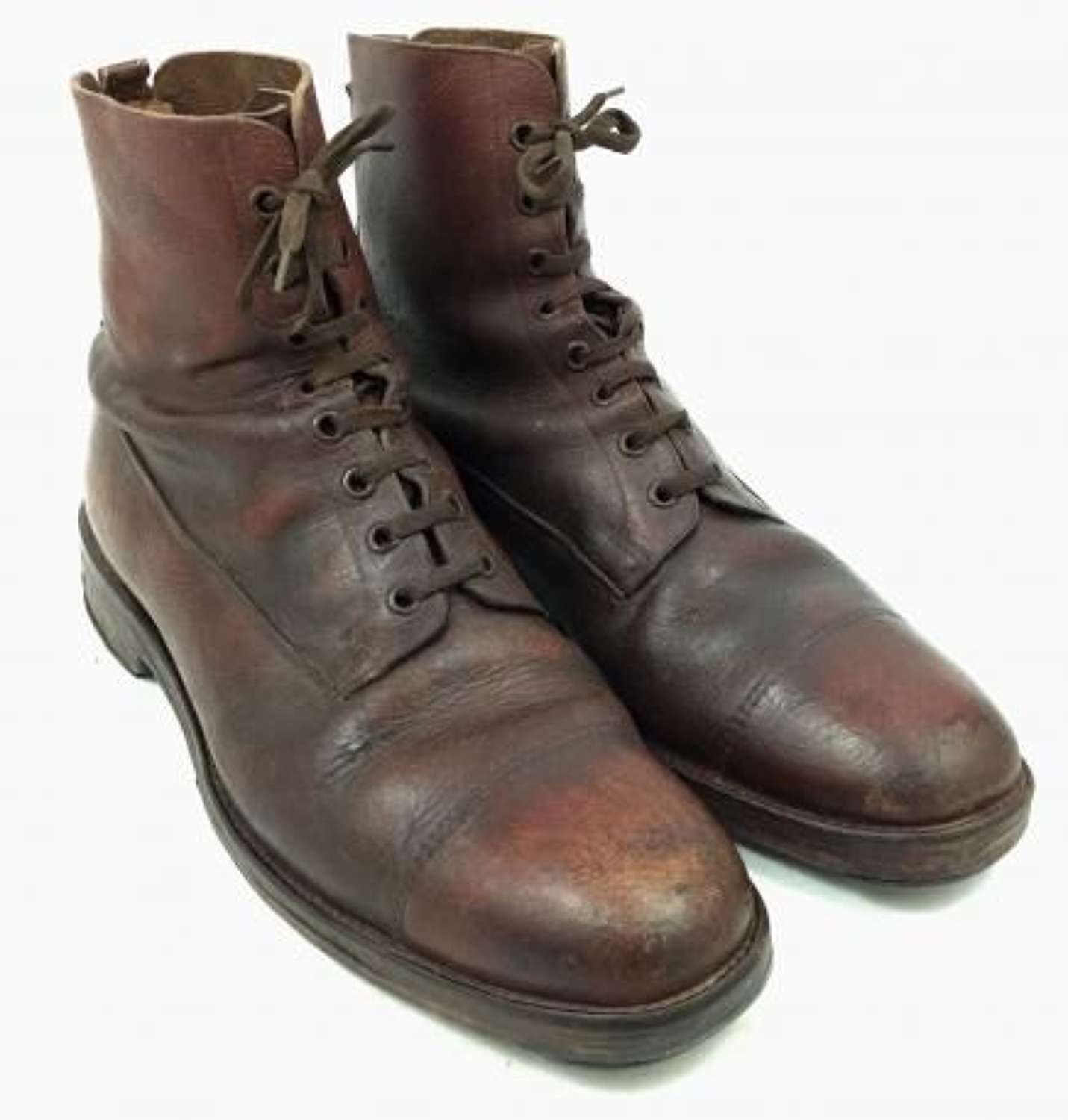 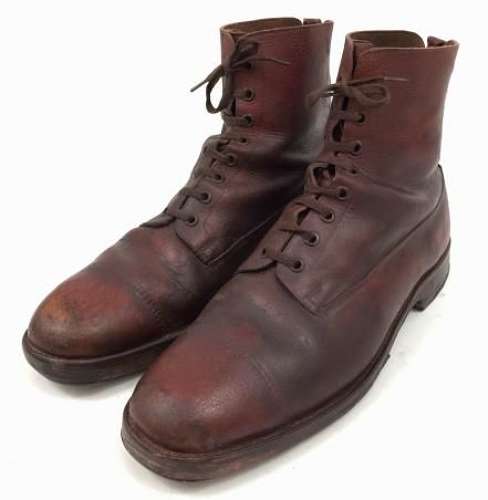 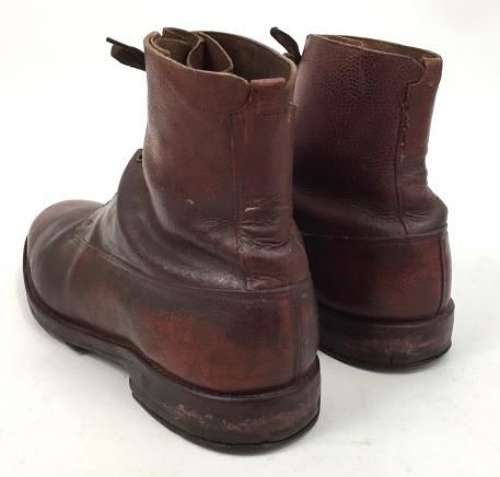 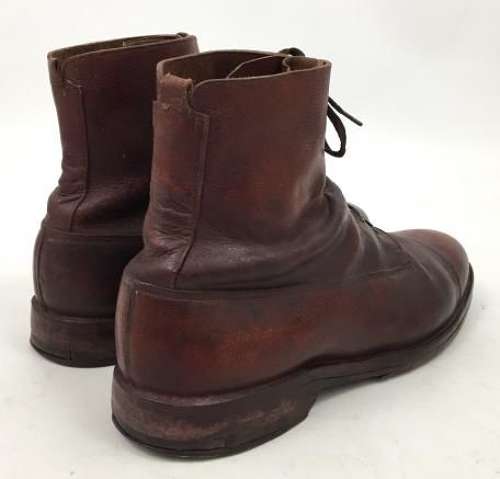 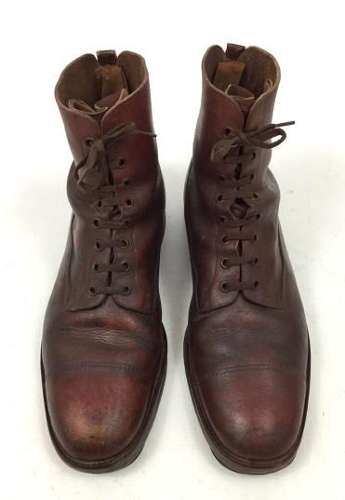 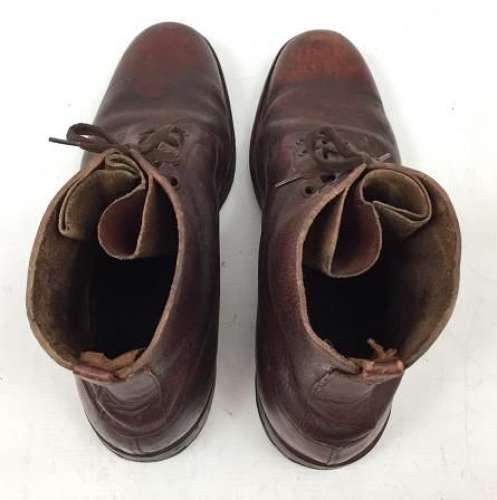 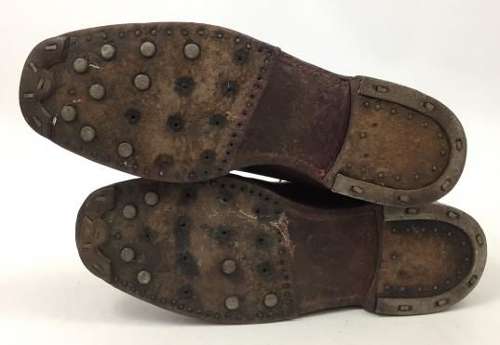 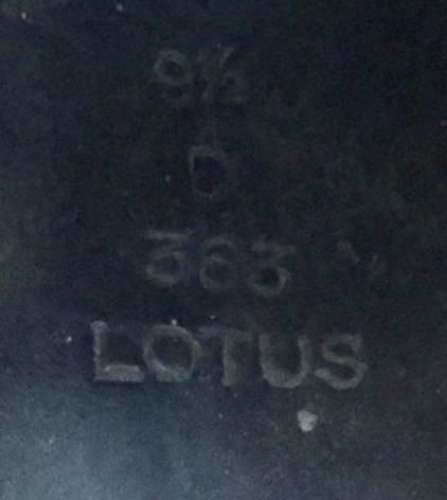 SOLD
An original pair of brown leather British Army Officers boots made by 'Lotus' and in a good wearable size 9 1/2.

These boots are typical of those worn By British Army Officers in the Great War and though to the early part of the Second World War. They are made from a brown pebbled leather, feature a toe cap and a leather sole. The straight seem across the side of the boot is typical of early boots as are the large toe plates typically found on First World War boots.

Inside the boots are marked ' 9 1/2, D 363 Lotus'. Lotus were one of the most prolific manufacturers of footwear in the early 20th Century with many officers purchasing their field boots from them. The size is stated as 9 1/2 and the fit is 'D'. 363 most likely refers to the style of boot.

The boots are in good condition and display well. The leather uppers have a nice patina to them and what appears to be the original laces are present. The soles appear to be OK for their age but they do show signs of use and age. The cloth loops to help pull the boot on also show signs of wear. Please study the pictures supplied as they form part of the description.

Altogether a nice pair of early field boots in a harder to find larger size. Ideal for Great War and early WW2 collectors.