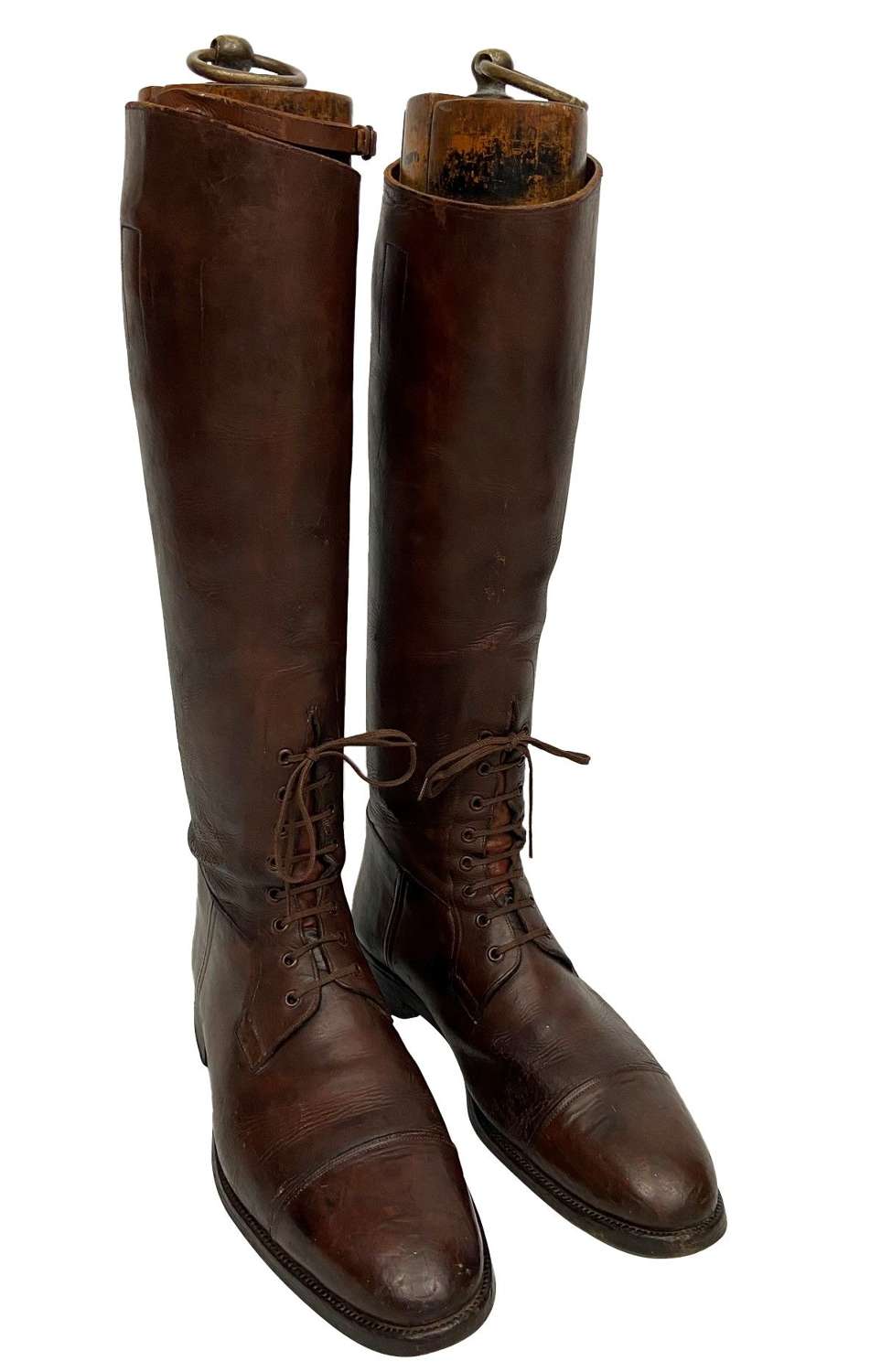 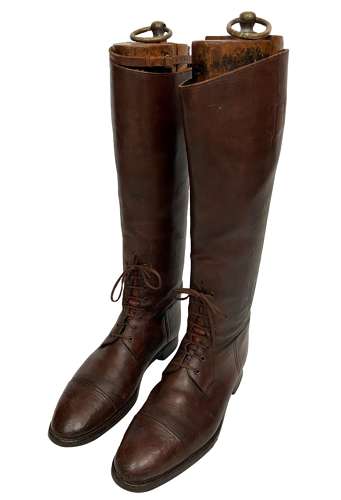 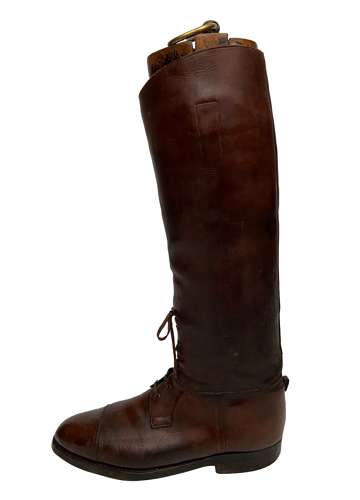 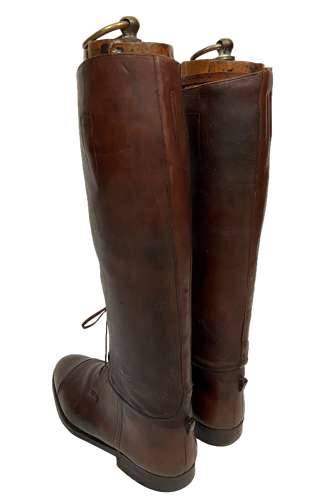 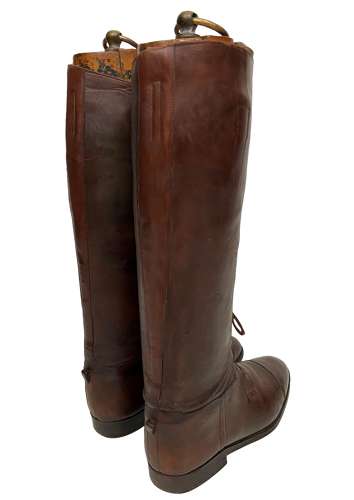 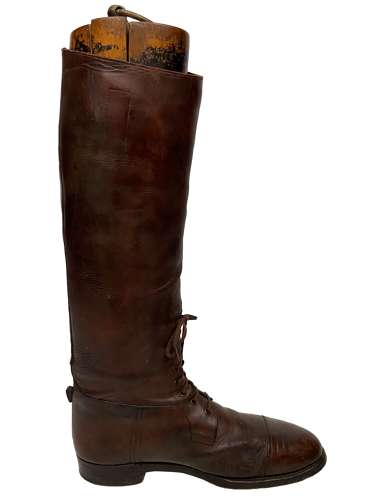 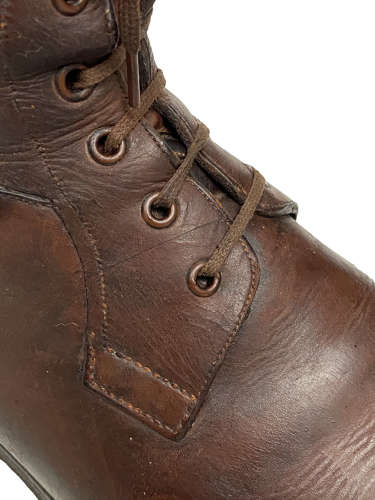 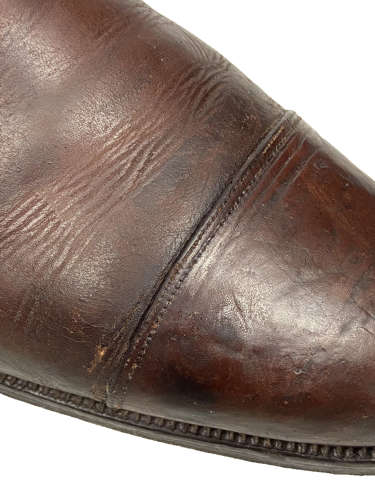 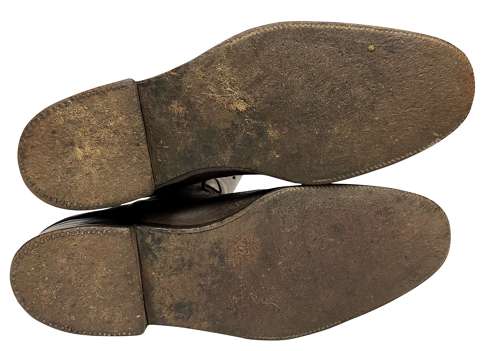 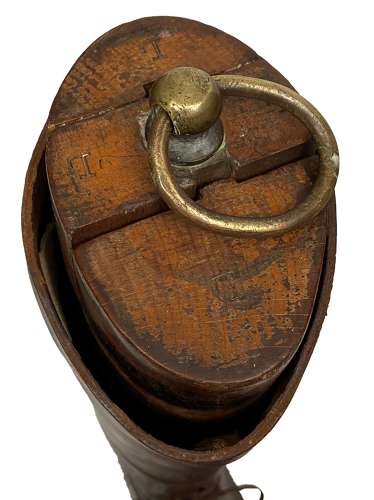 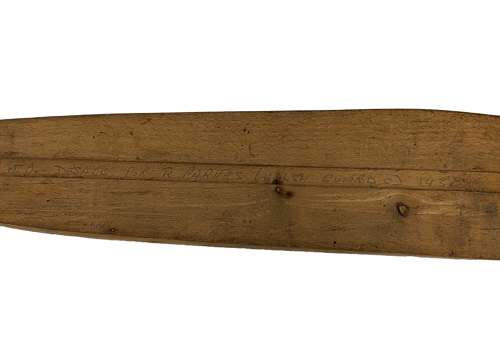 This pattern of boots was very popular with British Army officers during the first half of the 20th Century. They were a very common uniform item for officers to own and wear during the Great War with the popularity waning in the interwar period as ankle boots gaining popularity. Ankle boots and officers' double buckle boots more or less replaced this pattern when the Battledress uniform was introduced in 1938. Some regiments would have still worn this pattern later with certain dress but they were by no means commonplace post-war.

Due to these boots being a private purchase item they are impossible to date exactly. This style was made for many years but was much more prolific in the early part of the 20th century. The very fine stitching used on the boots is typical of early footwear and can be seen in the close up pictures. The date written in pencil of 1950 is not an indicator to manufacture date but does show they were most likely still being worn around this time.

Along with the date written on the wooden shoe tree is 'Captain J O de Salis for R. Parkes (Welsh Guards)'. Major Jerome Otway de Salis was born in 1929 and was the son of Lieutenant Colonel Edmund William Fane de Salis. He served with the Welsh Guards attaining the rank of Major and was awarded the Military Cross.

The wooden shoe trees themselves are very fine and heavy. They feature a large brass ring to the top of the central piece to aid with extracting the trees from the boots.

The boots are in good condition as can be seen in the pictures with some signs of wear and age which are to be expected with a vintage leather item. They display very well but please take time to study the pictures and remember that these are a pre-worn vintage item and may have small issues commensurate with age.

All in all a very attractive pair of boots which offer the chance of further research!