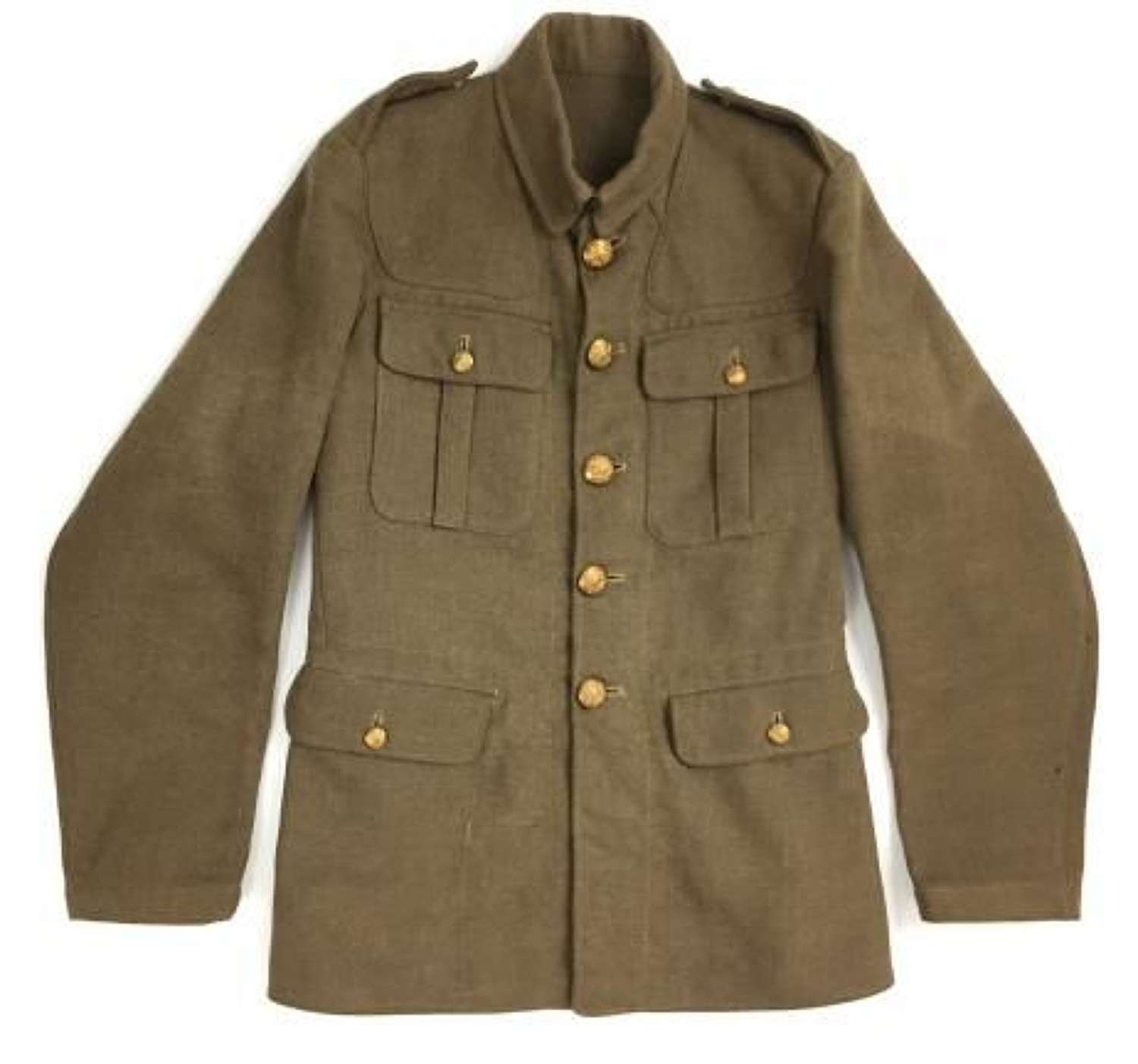 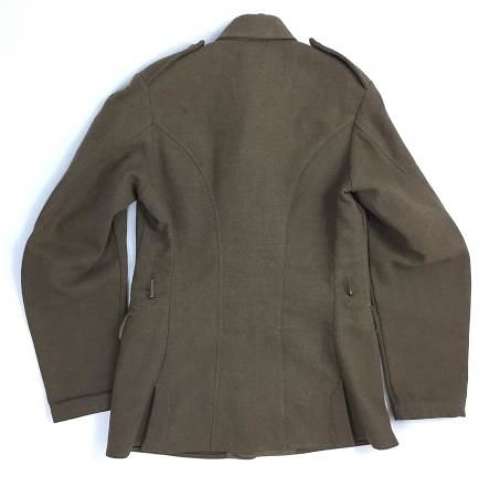 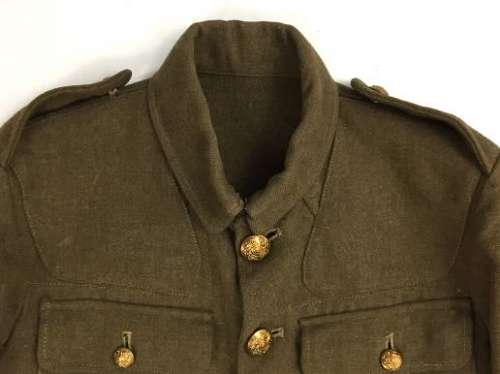 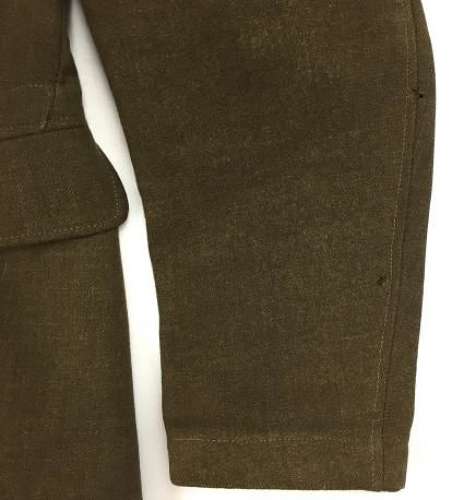 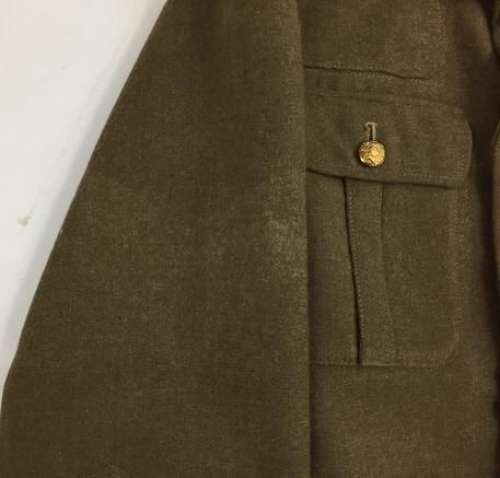 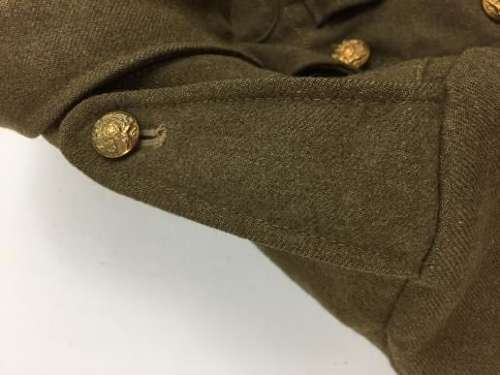 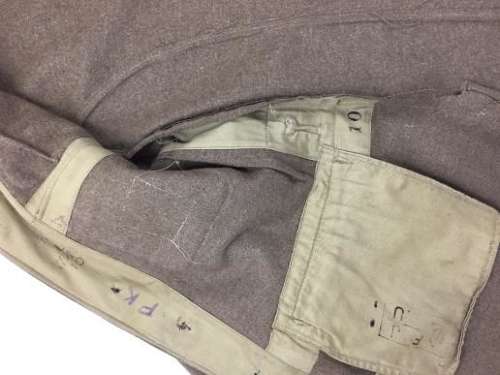 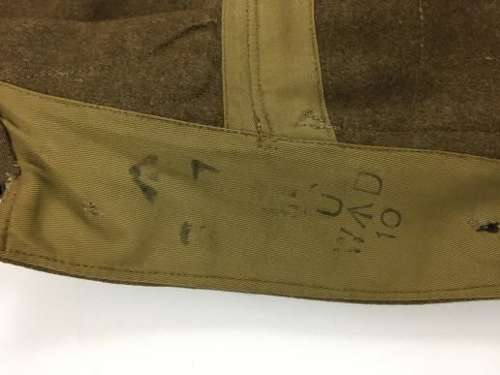 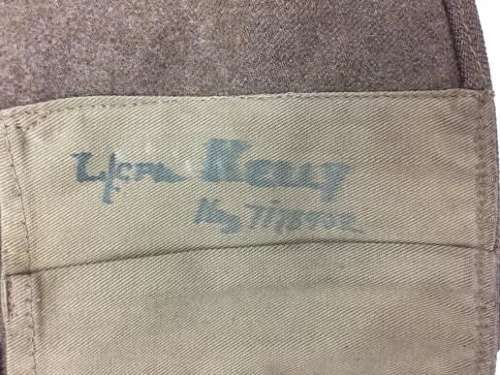 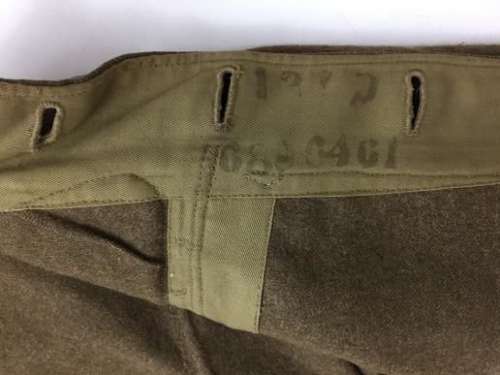 This pattern of tunic is the 5th modification of the 1902/07 pattern tunic which came into service with the British Army during 1918. It is now often referred to as 1918 pattern although more commonly called the 1922 pattern.

This particular tunic dates from 1936 according to the letter code of 'U' which is stamped above the War Department broad arrow stamp. The jacket is typical of those produced in the 1930s with an un-lined collar and very fitted cut.

As well as the WD stamp, the jacket has the original owner number stamped on it which has been applied in a typical pre-war font. As well as this the name has been added 'L / Cpl Kelly' and the numerals '10' which most likely denote the size.

The collar has been tacked down for smartness which is a typical thing to see in period pictures from both the Great War and the inter-war period. The sleeves also bares a shadow where Sgt stripes were clearly worn for many years. Perhaps L / Cpl Kelly rose through the ranks?

The overall condition of the tunic is good and it displays well. The serge has the 'wiry' feel which is typical of pre-war and early war British Serge items. There are a couple of holes to the left sleeve as shown in the pictures and general wear which is consummate with its age. Importantly, the epaulettes haven't been holed and neither has the collar. Usually this pattern of tunic shows signs of having had various badges fitted, however, this one has survived extremely well.

A very nice tunic from the pre-war tunic which would make an excellent addition to any British collection and would particularly suit someone interested in the BEF during the Phoney War and Battle for France.