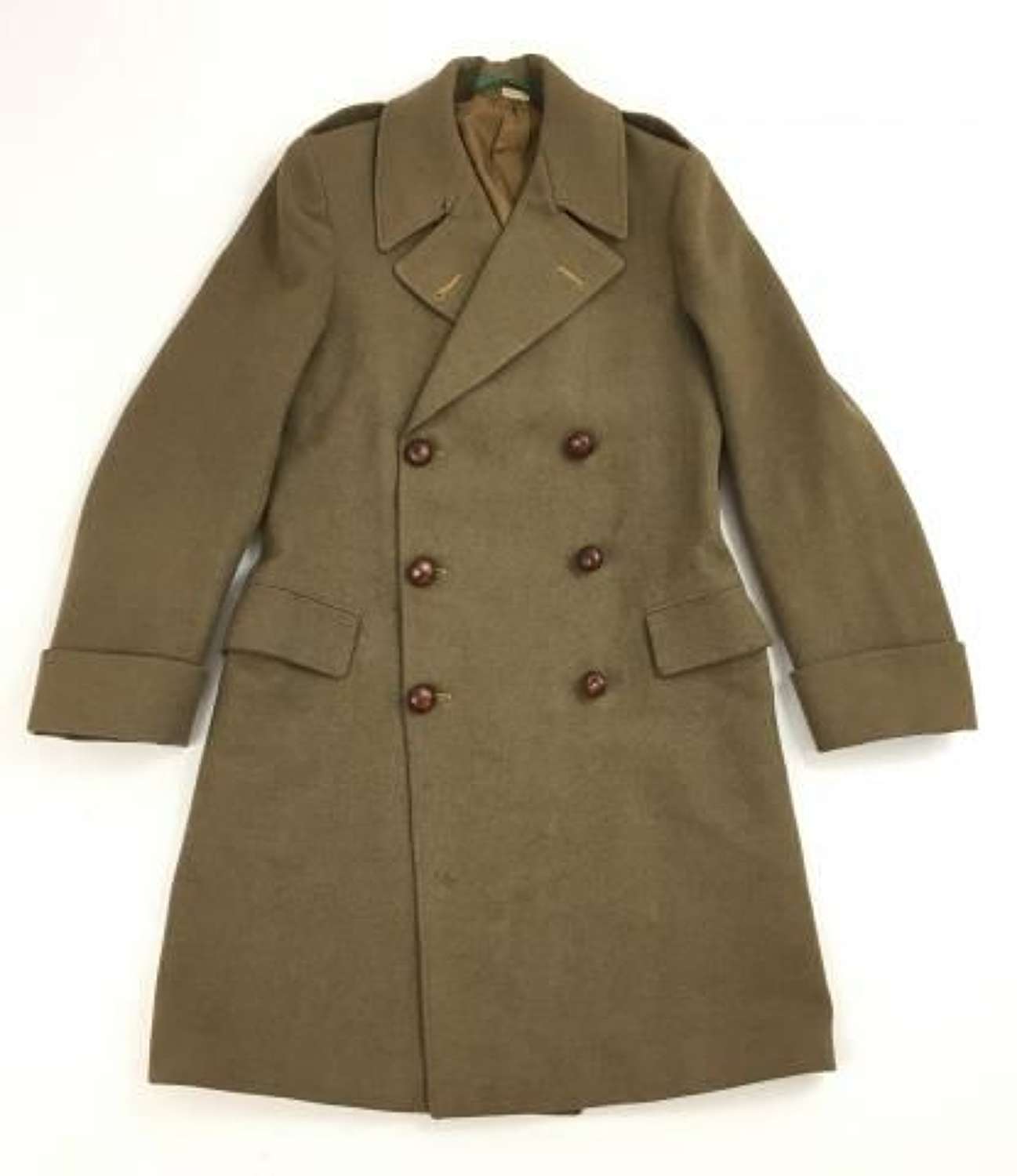 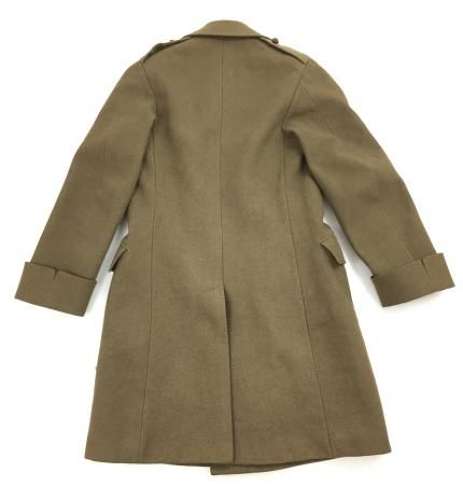 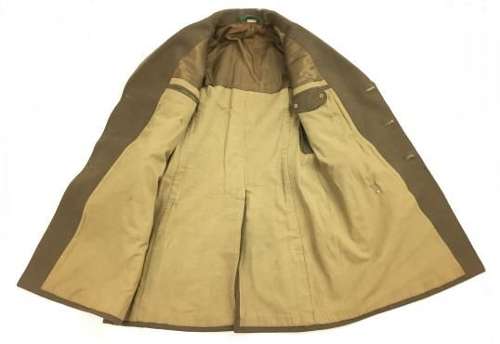 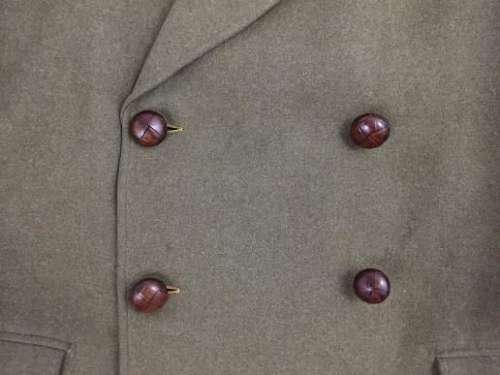 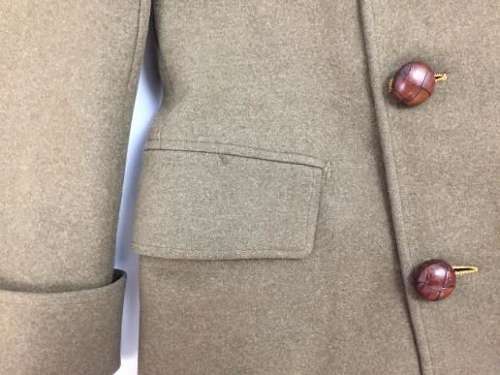 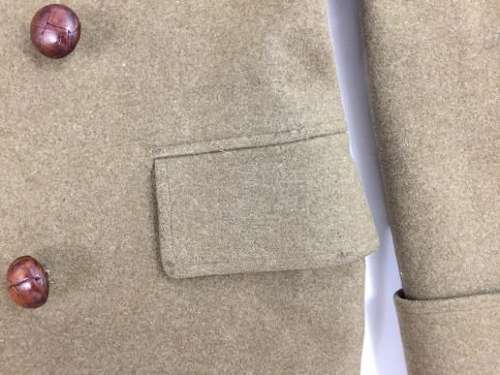 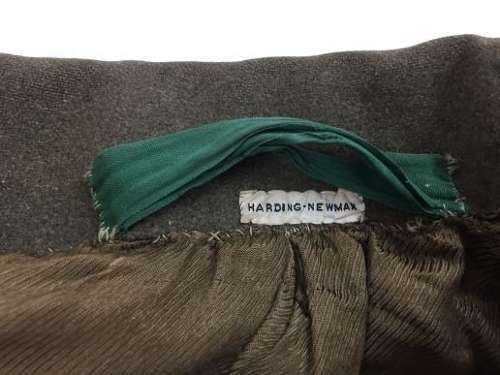 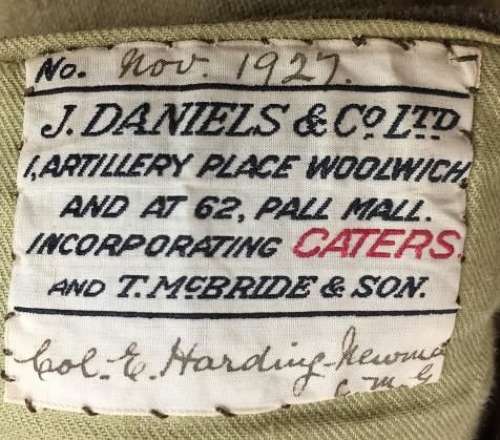 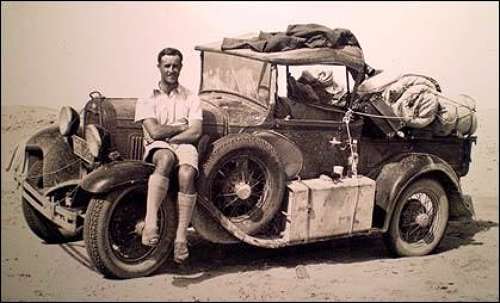 SOLD
An original British Officers ‘Warm’ Coat dated 1927 which belonged to Rupert Harding-Newman who played a key role in the formation of the LRDG.

Harding-Newman went to Sandhurst in the late 1920s before being commission into the 5th Royal Tank Regiment which ties in very well with the date inside the coat. He the was stationed in various parts of the Middle East throughout the 1930s and accompanied Ralph Bagnold of LRDG fame on trips where they learnt many of the key elements which went towards the formation of the Long Range Desert Group. During 1942 he was Brigade Major of 22 Armoured Brigade where he won the MC after being continuously in action for three weeks. He is also noted as commander of 3rd County of London Yeomanry (Sharpshooters). In his obituary which was printed in The Times, he is cited as playing a ‘key role’ in the formation of the LRDG.

This pattern of short coat was very popular during the Great War and stayed in fashion during the inter-war period for some time. It is similar in cut to the later grey coloured ‘Crombie’ coats which saw some use during the Second World War and after except it is in green and a much earlier cut.

The coat is typical of Great War and early inter-war coats. It features a narrow shoulder displacement and wide button stance to the front which gives it that classic Edwardian look which disappeared by the end of the 1920s. It features brown leather football buttons to the front an to the epaulettes, two flapped front pockets and a turn back cuff. The interior of the coat has a heavy two part lining with the uppermost part being intended to help protect against water. The original throat piece is still buttoned inside the coat and has not been lost or discarded.

The original makers label is also still present inside the interior pocket and states the maker as ‘J. Daniels & Co Ltd’ and the date as November 1927. A second label is present in the back of the coat below the hanging loop and reads ‘Harding-Newman’.

The coat has survived in very good condition and displays very well indeed. There is some very light moth tracking to the top of the pockets but this is really only noticeable on close inspection and in the right light. I mention it and have included photographs for thoroughness, although it doesn’t detract from the coat in my opinion.

Altogether a very nice early coat with some fantastic history. This would make an excellent addition to any collection without a shadow of a doubt.