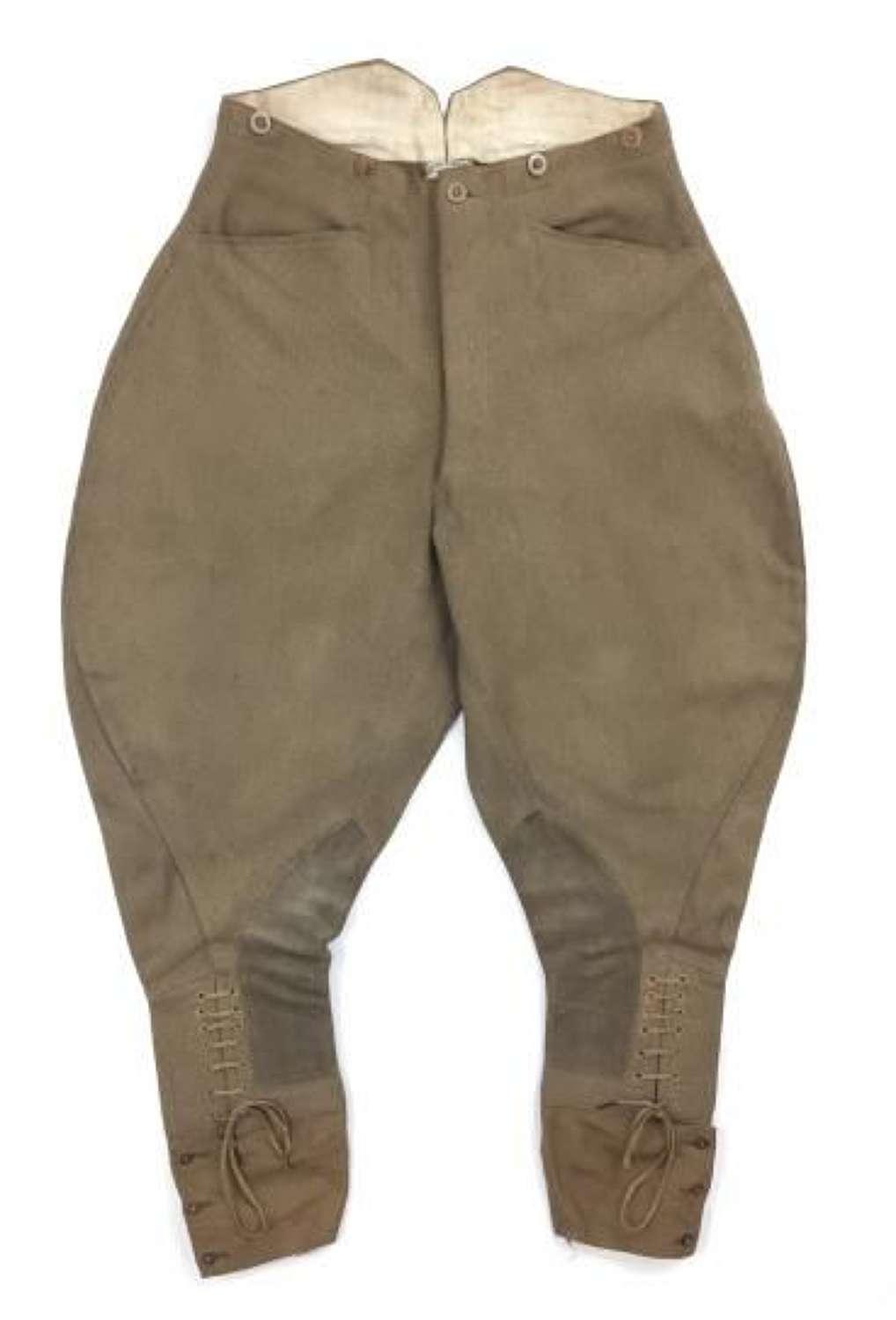 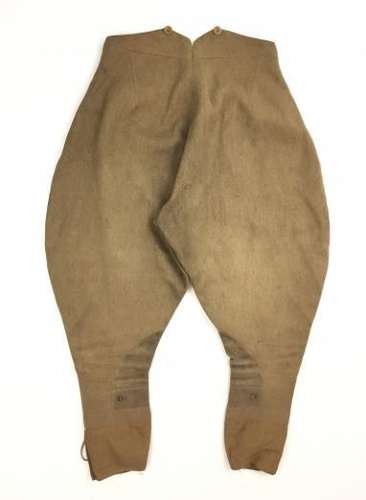 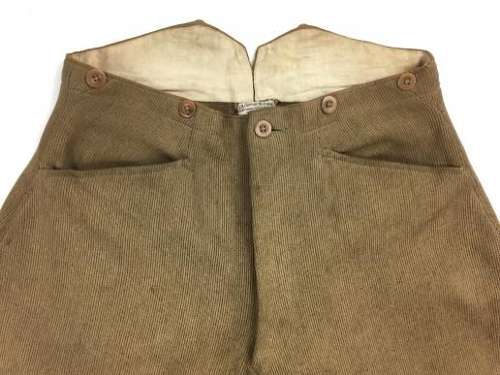 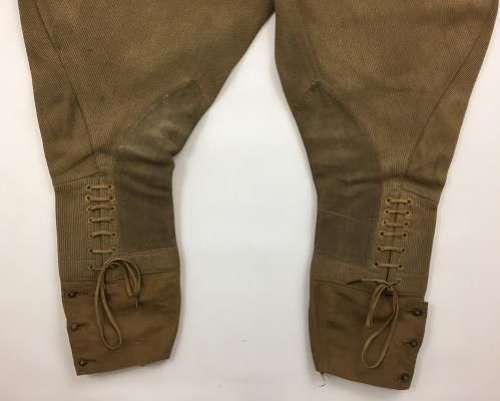 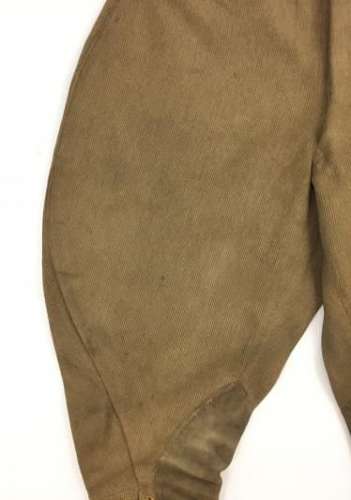 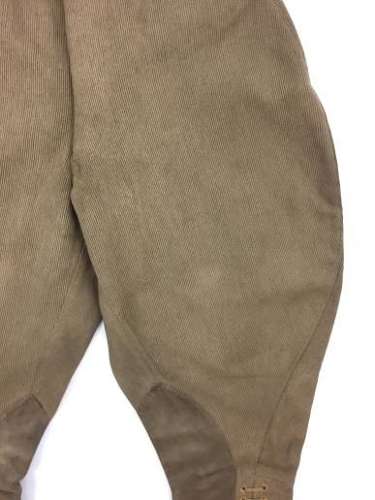 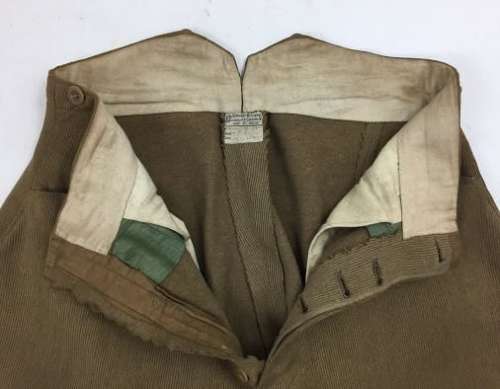 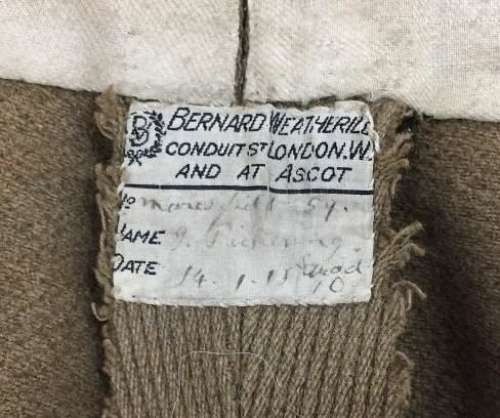 These breeches are typical of those worn by British Officer during the First World War. They are made from a khaki bedford cord which was a popular colour at the time as it was more subdued in the field than the pre-war light tan colour often seen. The breeches feature a button fly and button braces, suede patches on the inner thy and have both a lace section and a lower button section to close the breeches around the calf.

Inside the breeches still retain their original tailors label which states ‘Bernard Weatherill’ as the maker, a well known one at the time. The original owners name ‘J. Pickering’ as well as the date which reads ’14.1.15’.

The condition of the breeches is very good considering they are over 100 years old. There are various marks and wear which are to be expect with a piece of this vintage. They were clearly worn at the time and I have photographed any areas of damage as best as I can. They do display very nicely and have a good ‘been there’ look to them.

Overall, a rare pair of early Great War breeches which would make an excellent addition to any WW1 collection without a doubt!