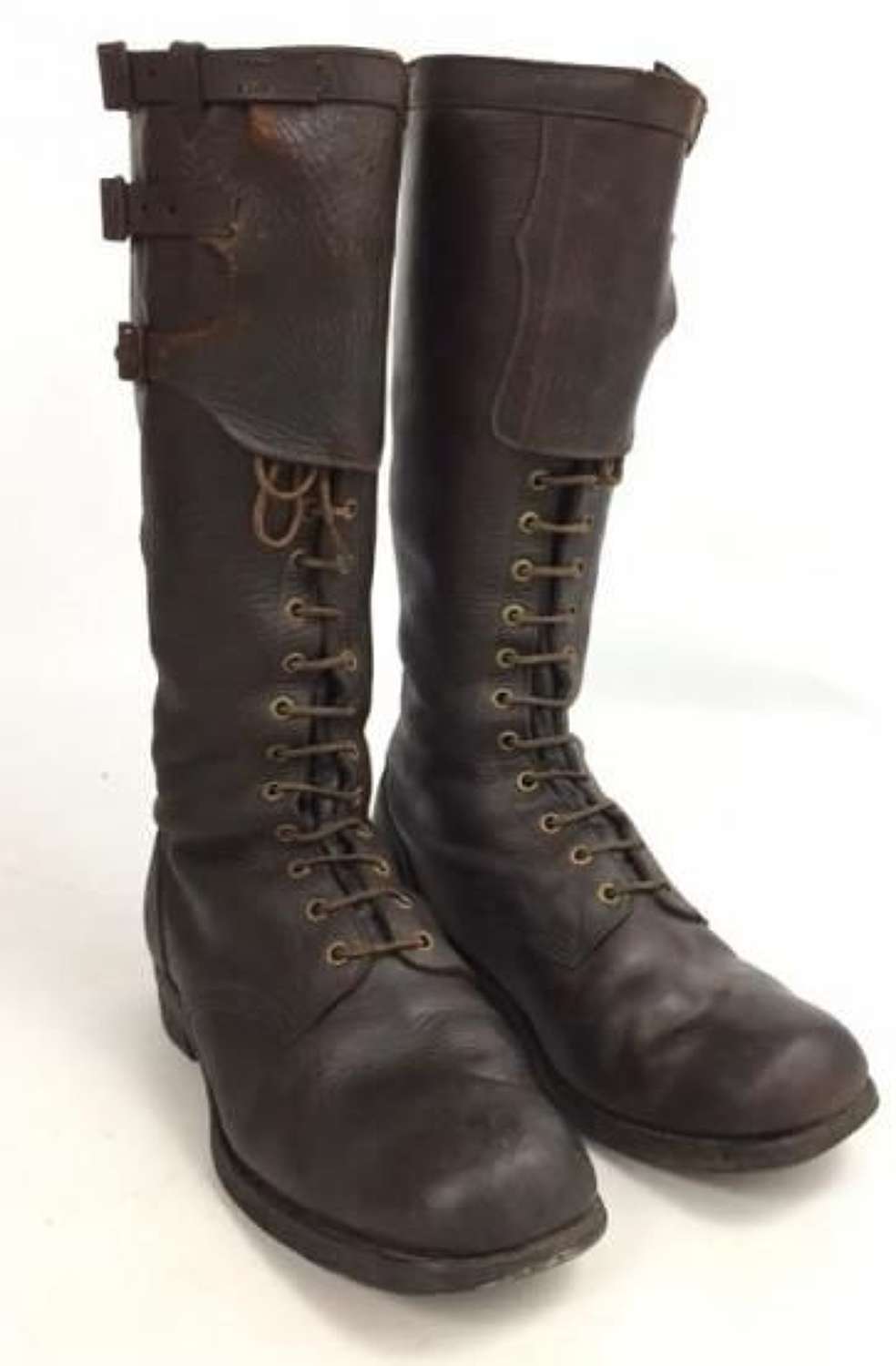 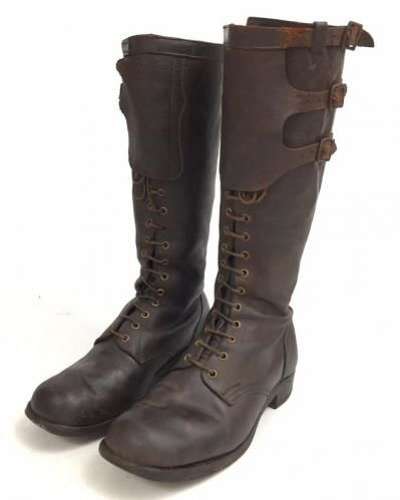 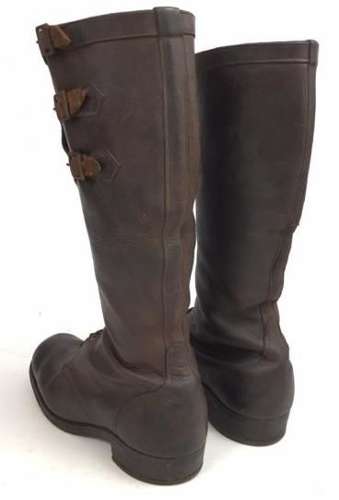 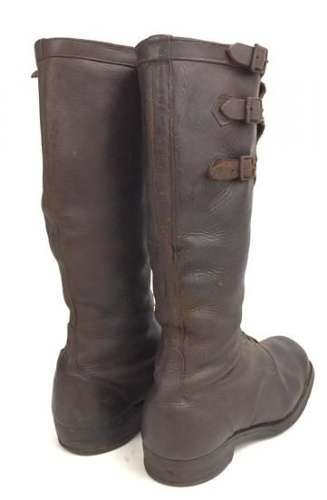 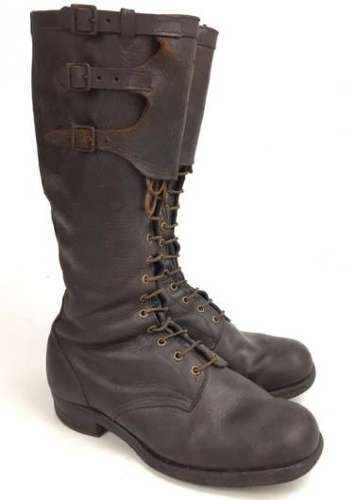 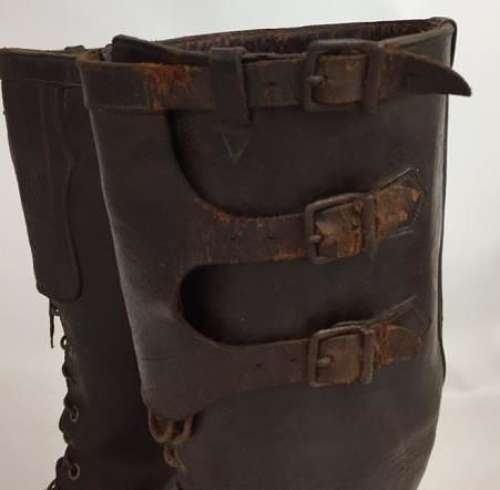 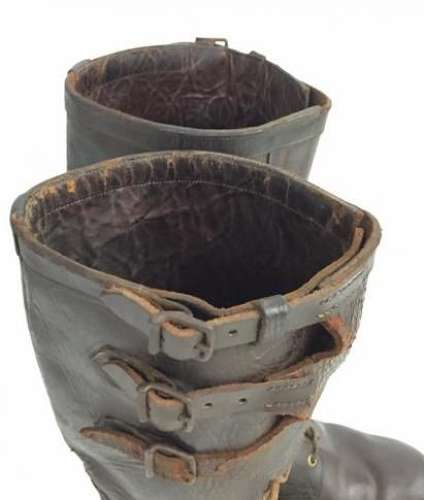 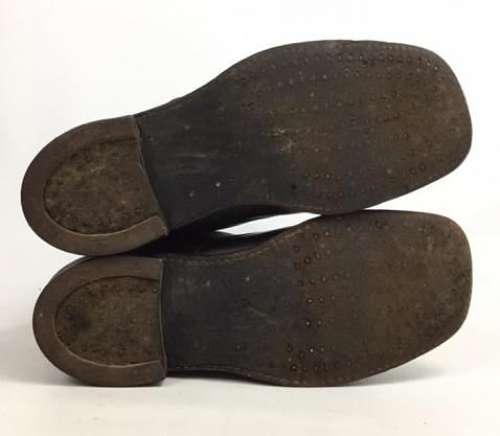 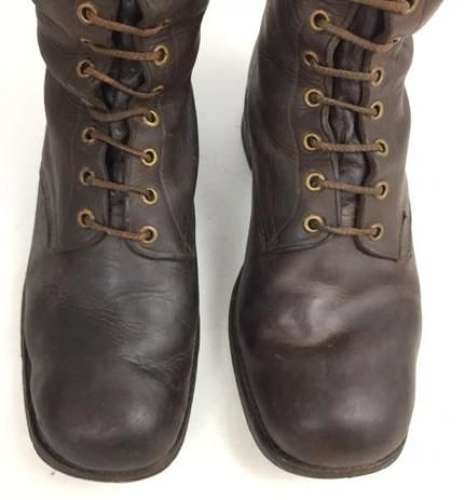 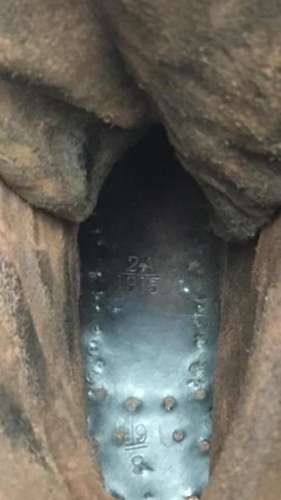 This pattern of boots is frequently seen in photographs from the Great War and were used predominantly, but not exclusively, by NCO’s particularly of the Artillery regiments and Army Service Corps drivers.

These original boots are typical of WW1 British construction. They feature a very blunt squared-off toe, a lace up front and three buckles and straps which fasten around the calf. The upper most section of the boots are leather lined whilst the soles are the standard hobnailed style and the heels feature metal horse shoes.

Deep inside the boots stamped in the usual place in the insole is the 1915 date. As well as this is the numeral ‘8’ above another which reads ‘6F’ which I assume relates to the size. I tried on one boot and can confirm that if this is the size they are slightly over-sized and will fit a size 9 foot.

The overall condition of the boots is very going considering they are over 100 years old. They display very well indeed and even come with an original period set of laces which may be original to the boots. The only area of the boots which has served is the straps around the top. One boot still retains all of its original straps but they are very delicate and may break with use. The other boot has had the top two straps replaced with new leather where the originals have clearly broken.

All in all a fantastic pair of rare original First World War field boots with a clear early date stamp. A must have for any British Great War collection!