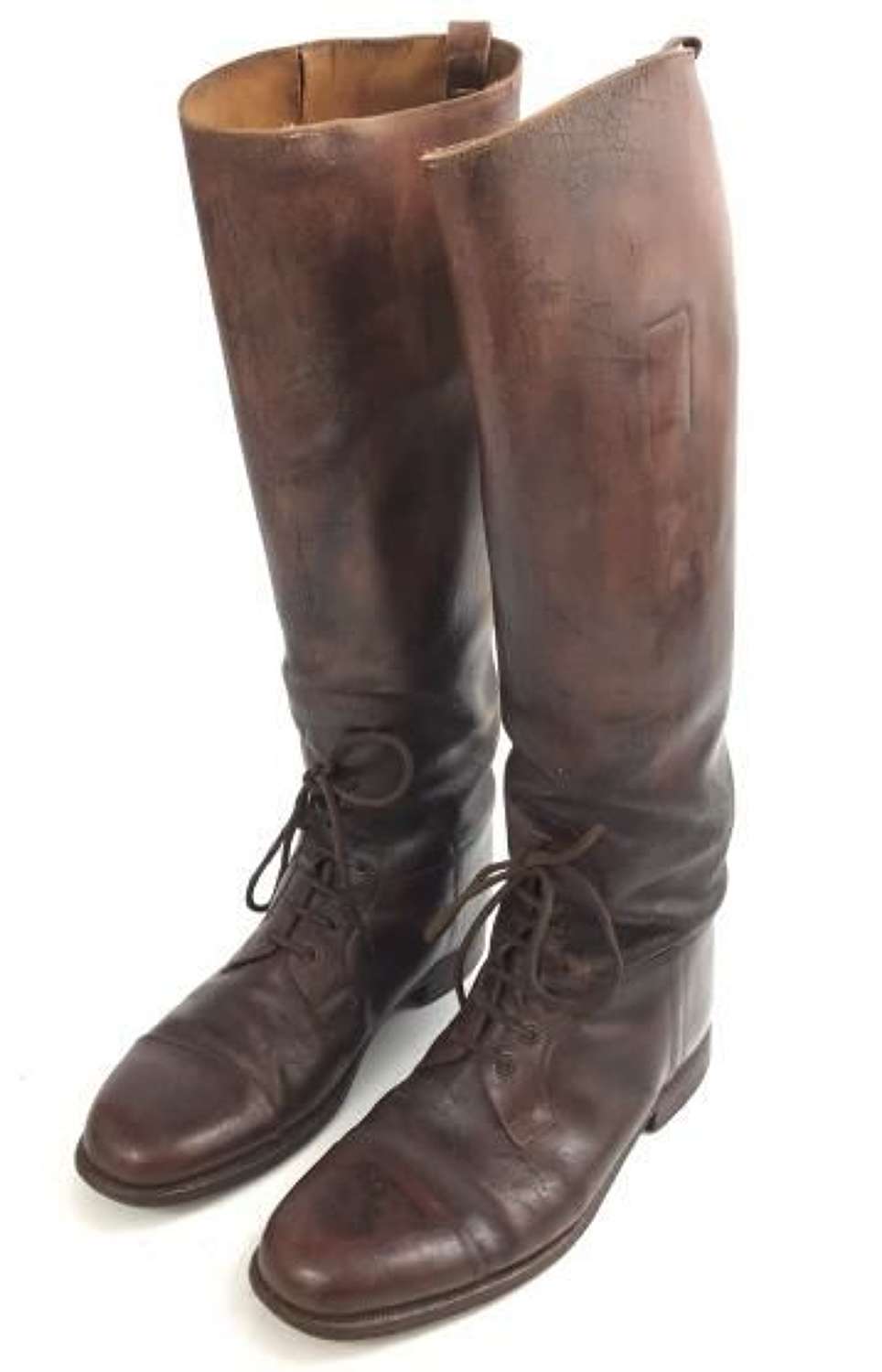 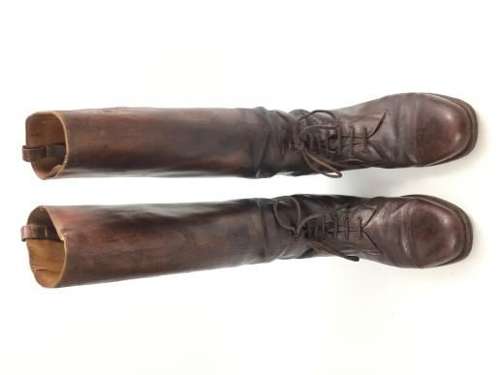 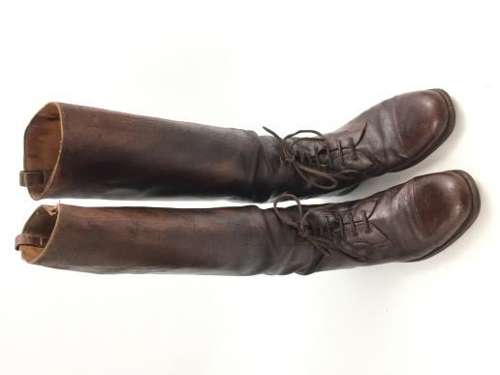 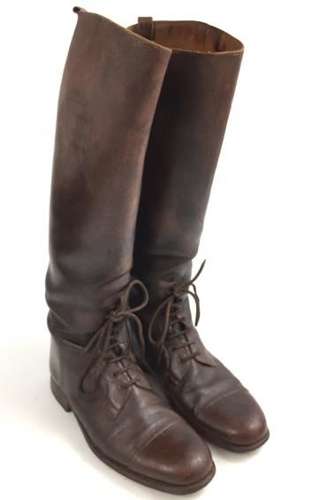 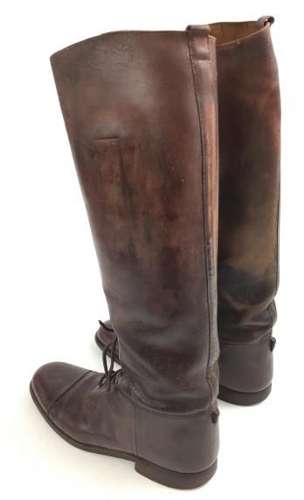 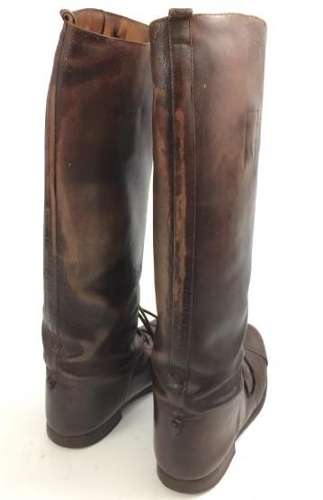 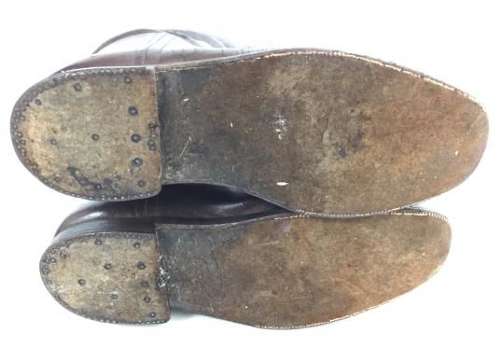 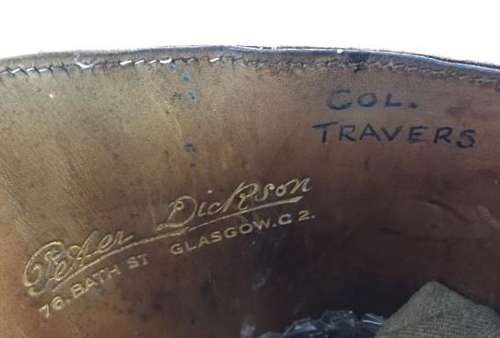 This style of boots was extremely popular with British Officers during the Great War as well as with pilots of the Royal Flying Corps and can be seen in many contemporary pictures. This particular pair were made by 'Peter Dickson' of Glasgow ad are named to Colonel Travers.

The construction of the boots is typical of those made during the First World War. The boots appear to retain their original laces and are in good condition for their age, having acquired a beautiful patina to the leather. The soles are good as are the heels and they are roughly a British size 9.

Overall, a nice original pair of early British Officers boots which would be ideal for a collector or ww1 re-enactor.