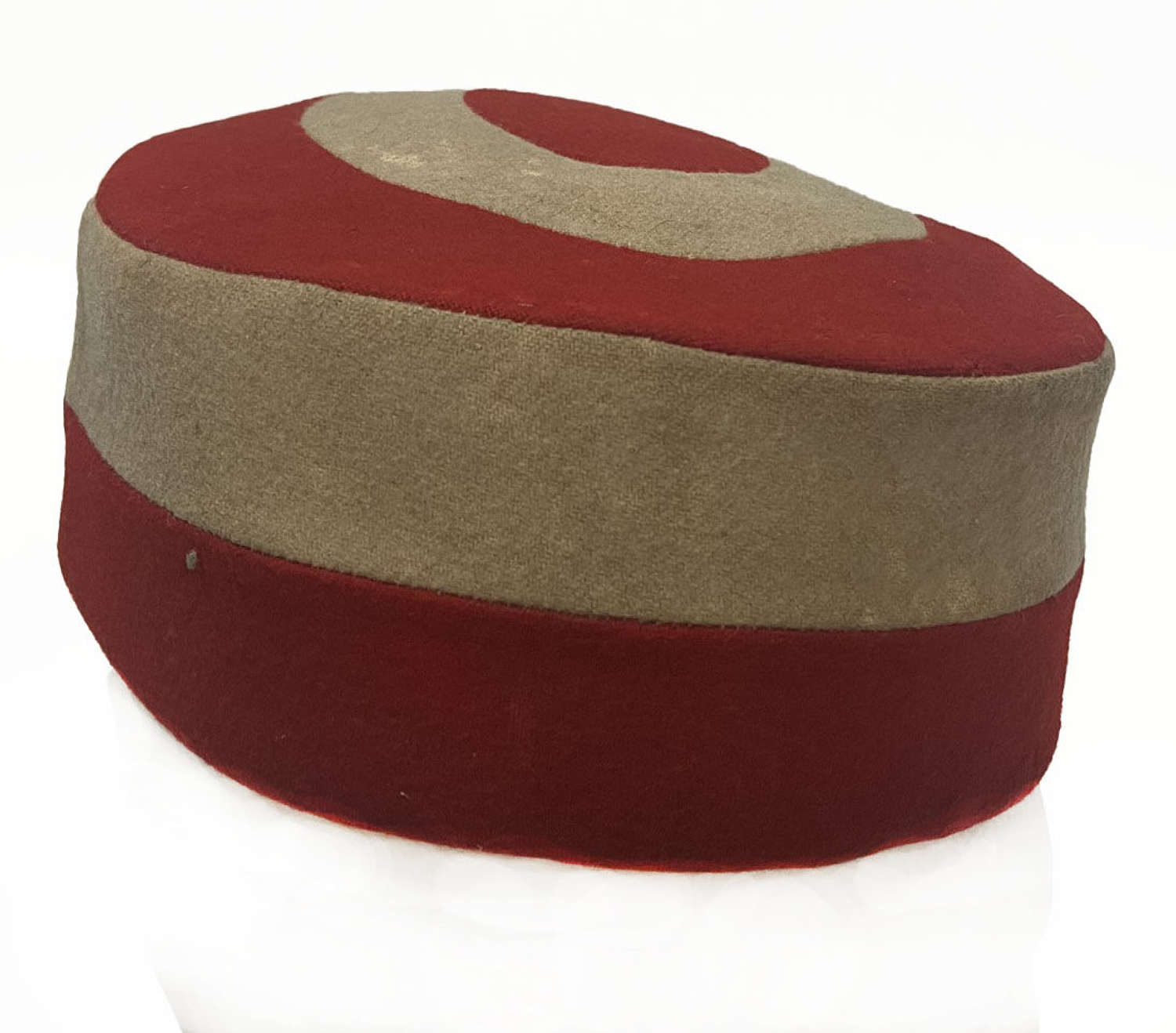 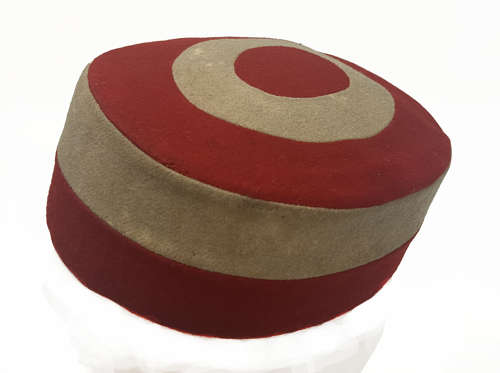 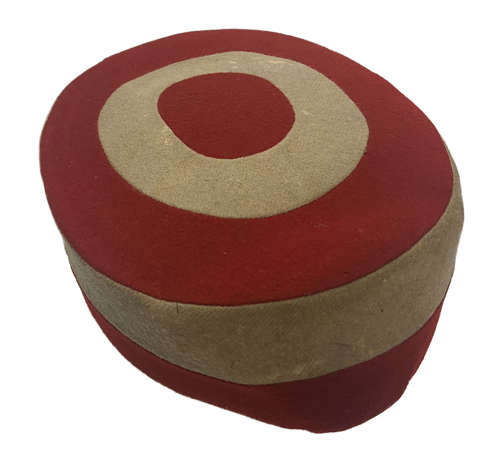 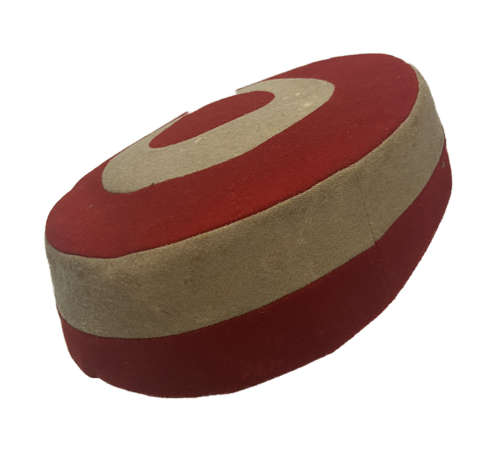 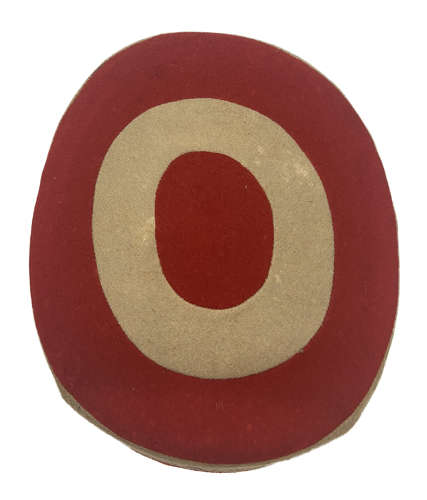 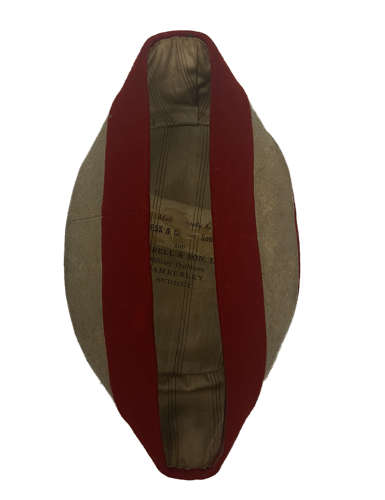 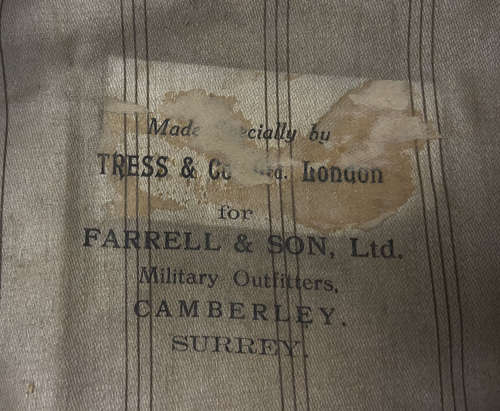 An original Royal College Sandhurst Pillbox hat, sometimes referred to as a 'sports cap', dating from the first half of the 20th Century.

This style of pillbox hat became fashionable in the British Military in the late Victorian period but was retained in some of the more traditional factions well into the 20th Century. The hat is made from red and white sections of wool cloth whilst the interior is lined with a pinstripe material, the same as that used on the linings of mens suit from the period.

The original makers name is printed directly onto the lining and reads 'made specially by TRESS & CO Ltd LONDON for FERRELL & SON, Ltd. Military Outfitters, Camberley, Surrey'. It appears at some stage that another label was positioned over the first part of the marking - most likely a name tag.

The hat is is a smaller size which will fit up to approximately a size 6 7/8.

The cap is in good condition for its age with some signs of wear and use and a few moth nips. Overall it displays well and would make a good addition to any collection.