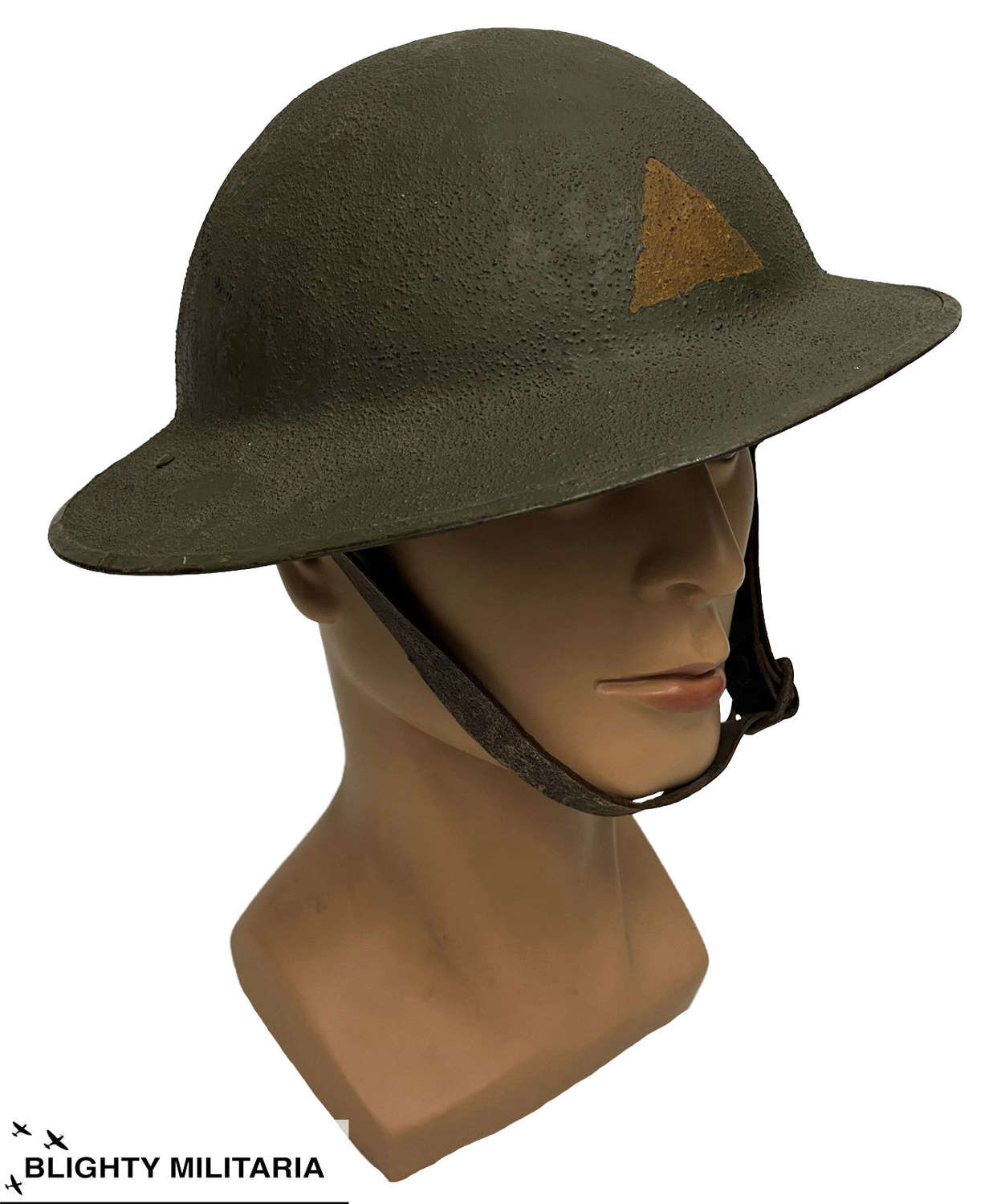 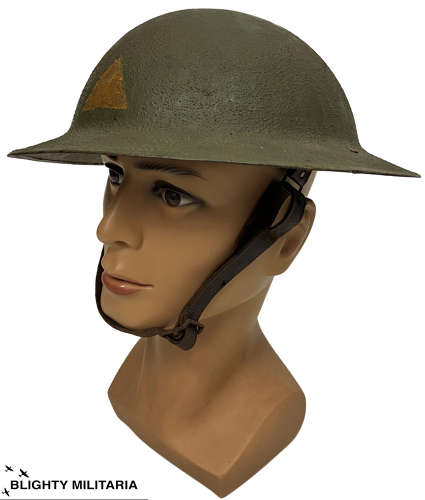 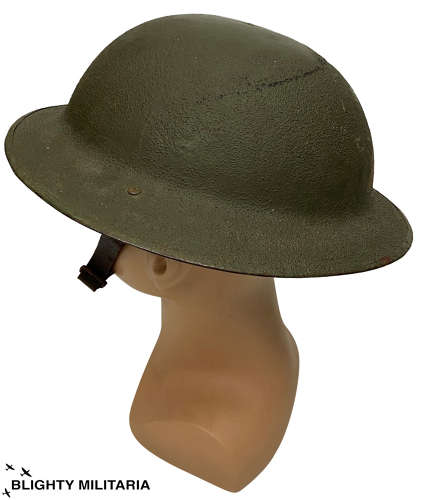 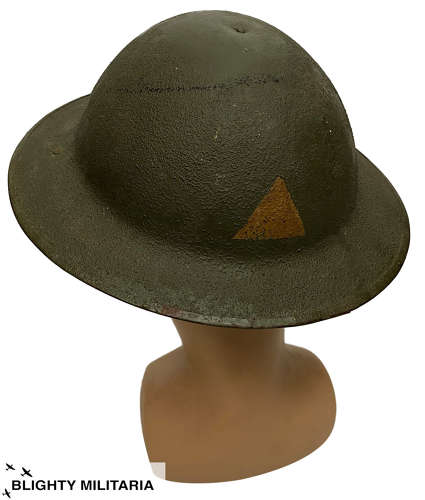 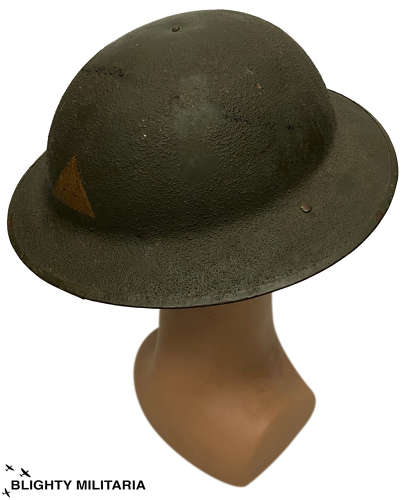 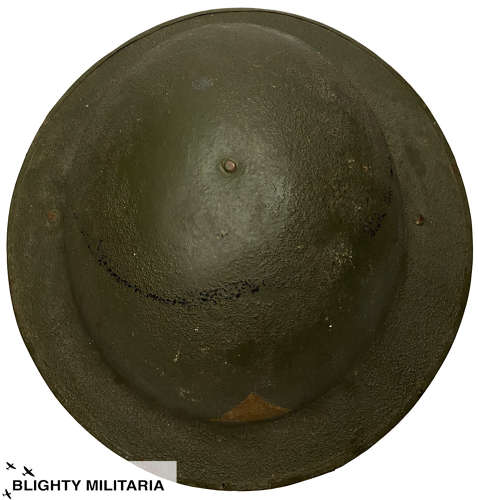 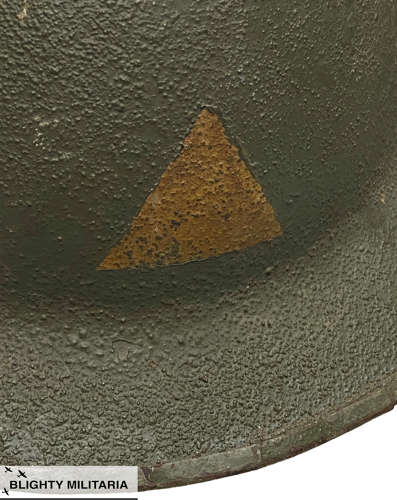 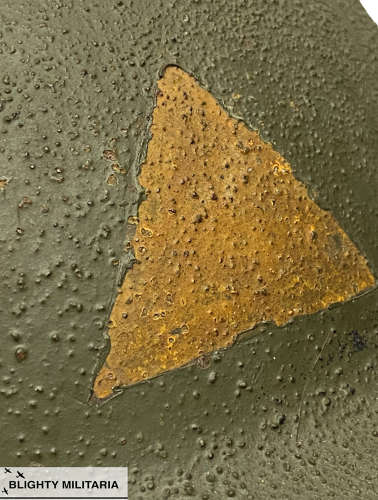 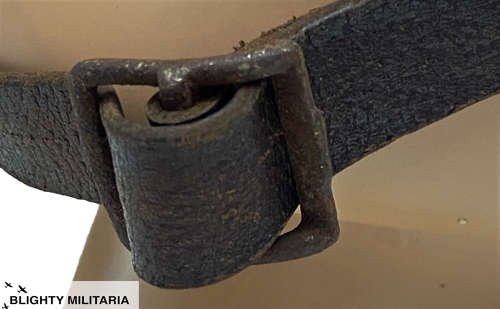 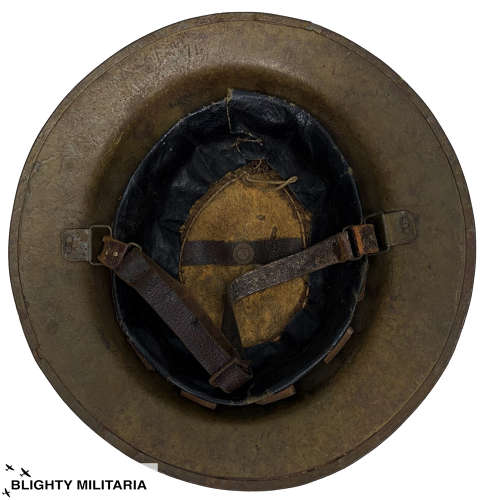 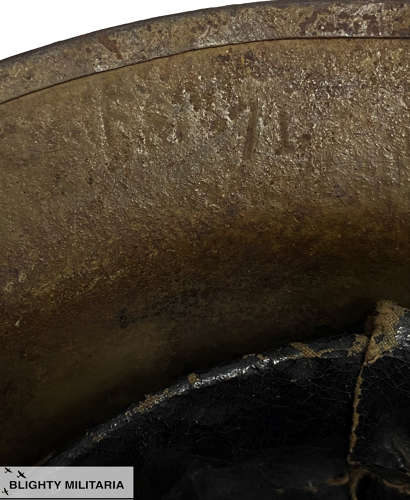 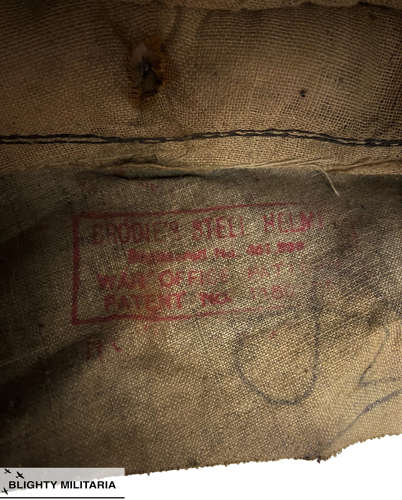 An original Helmet, Steel, Mark 1 dating from the latter part of the First World War and in good condition.

The first pattern of helmet introduced during the Great War was the War Office pattern in 1915. This was quickly followed by the Mk1 Steel Helmet which started to be issued in 1916. This example is a revised pattern which includes a rubber ring to the liner which was introduced in 1917.

The helmet features the standard MK1 steel shell which has a rim pressed onto the outside edge. The underside features the original factory paint which is a brown  colour whilst the outside has the correct textured finish which has been over painted in green and had unit insignia added to the front and rear. The chin strap lugs are fitted to the shell with split pins which identify this as A british example. The original manufacturer's stamp is still visible although hard to read. It appears to show the number of '71' after the letter 'F' and some other illegible letters. The original owner has also added his name to the interior which reads 'McGley'.

The original liner is still present and is in good condition. The leather chin strap is complete and is marked with the size of 7 to the centre. The original felt pad is also still present behind which is the rubber ring. These felt pads are often missing as they get eaten by moths which make this helmet more complete than many others. The oil cloth lining is also good and features the original red ink stamp to the reverse. This reads 'Brodie's Steel Helmet Registration Number War Office Pattern'.

Overall the helmet is in very good condition for its age and is very complete. It is a vintage item however which does need to be treated with care but it displays nicely.

A nice original Great War helmet which would make a good addition to a collection.