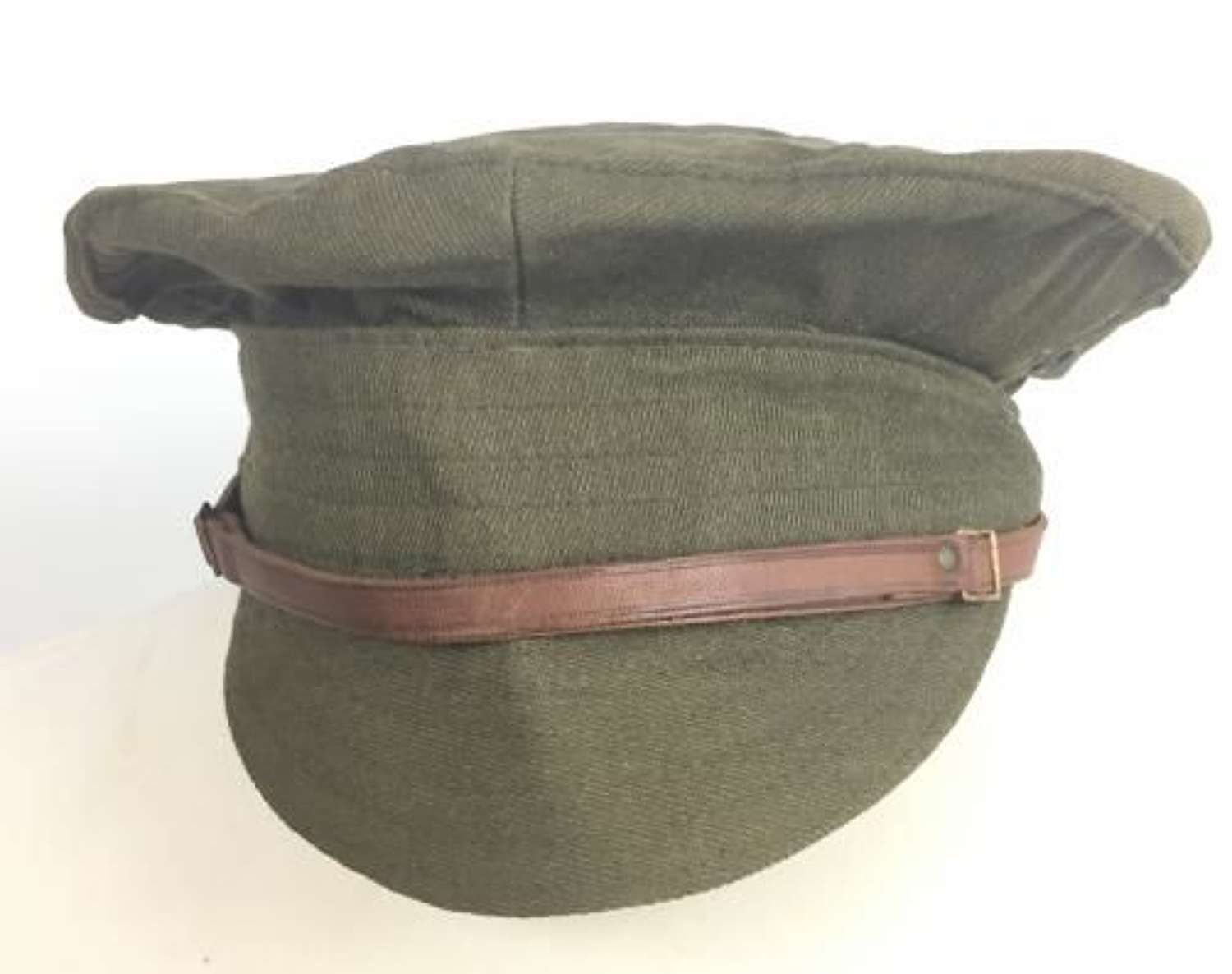 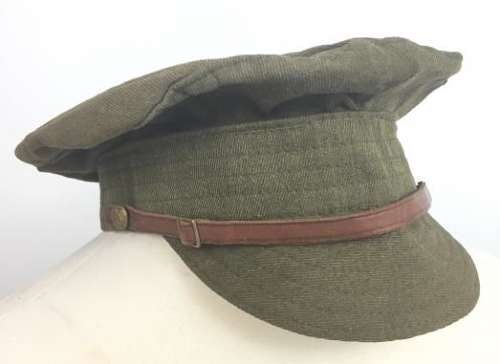 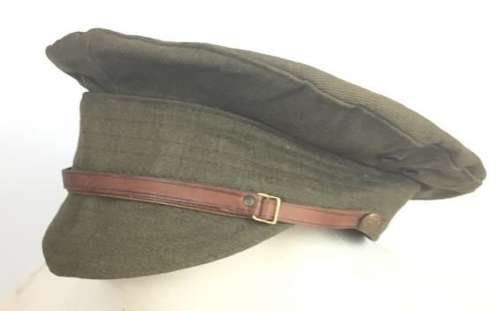 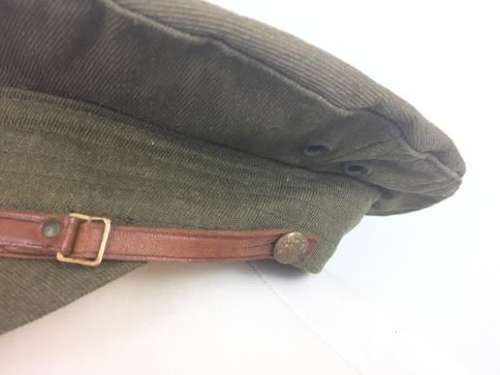 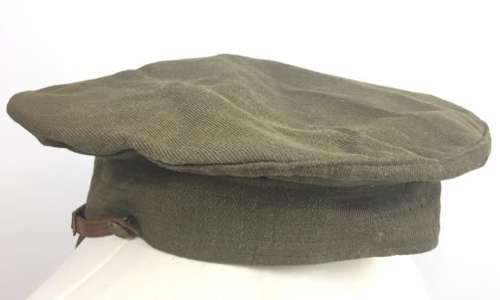 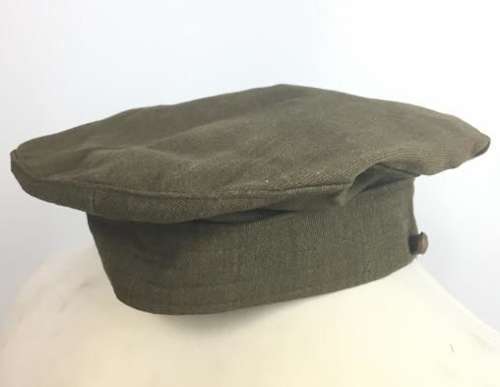 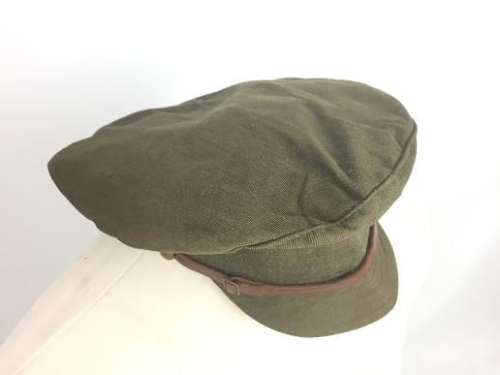 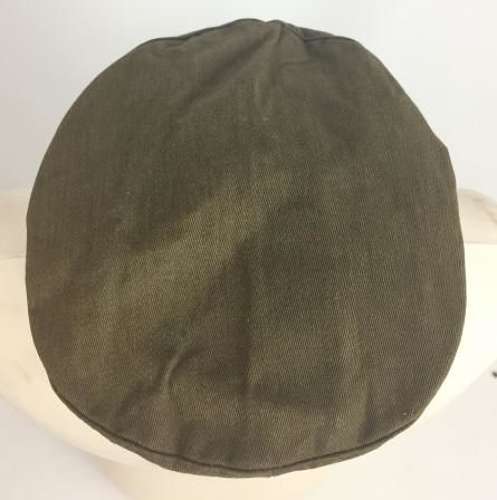 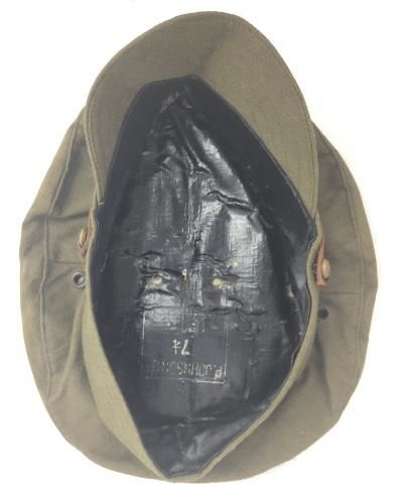 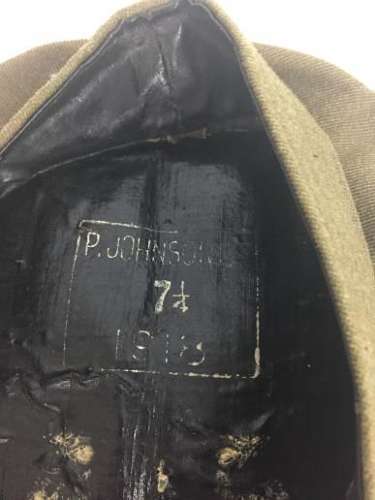 This pattern of cap was introduced into service in 1916 replacing the earlier stiff cap as a more functional item. With the introduction of the shrapnel helmet there was a need for a sort cap which couldn’t be easily stored when the helmet was worn. This particular cap is the Gaberdine version, often referred to as the ‘denim’ trench cap which saw widespread issue in 1918.

This particular example appears to be unissued and is in fantastic condition. No holes have be made in the front of the hat for a cap badge to be mounted which is the first thing that would happen when issued. As well as this the chin strap is still the light tan colour it would have been made it came out of the factory and hasn’t been polished etc. The lining is also extremely good with only small signs of cracking in the oilskin here and there, rather than the great quantity seen on a cap which has been worn.

Inside the cap retains its original white ink stamp which states the manufactures name ‘P. Johnson’, the size which in this case is 7 1/4 and the 1918 date.

The condition of the cap has more or less been described already. It’s a fantastic example and in near mint condition although it may have the old small floor here or there due to the fact that it is 100 years old.

Altogether this cap really stands out. The condition alone makes it an ideal collectors piece especially when this is coupled with a nice clear wartime date and a large size. A must have for the discerning Great War collector!