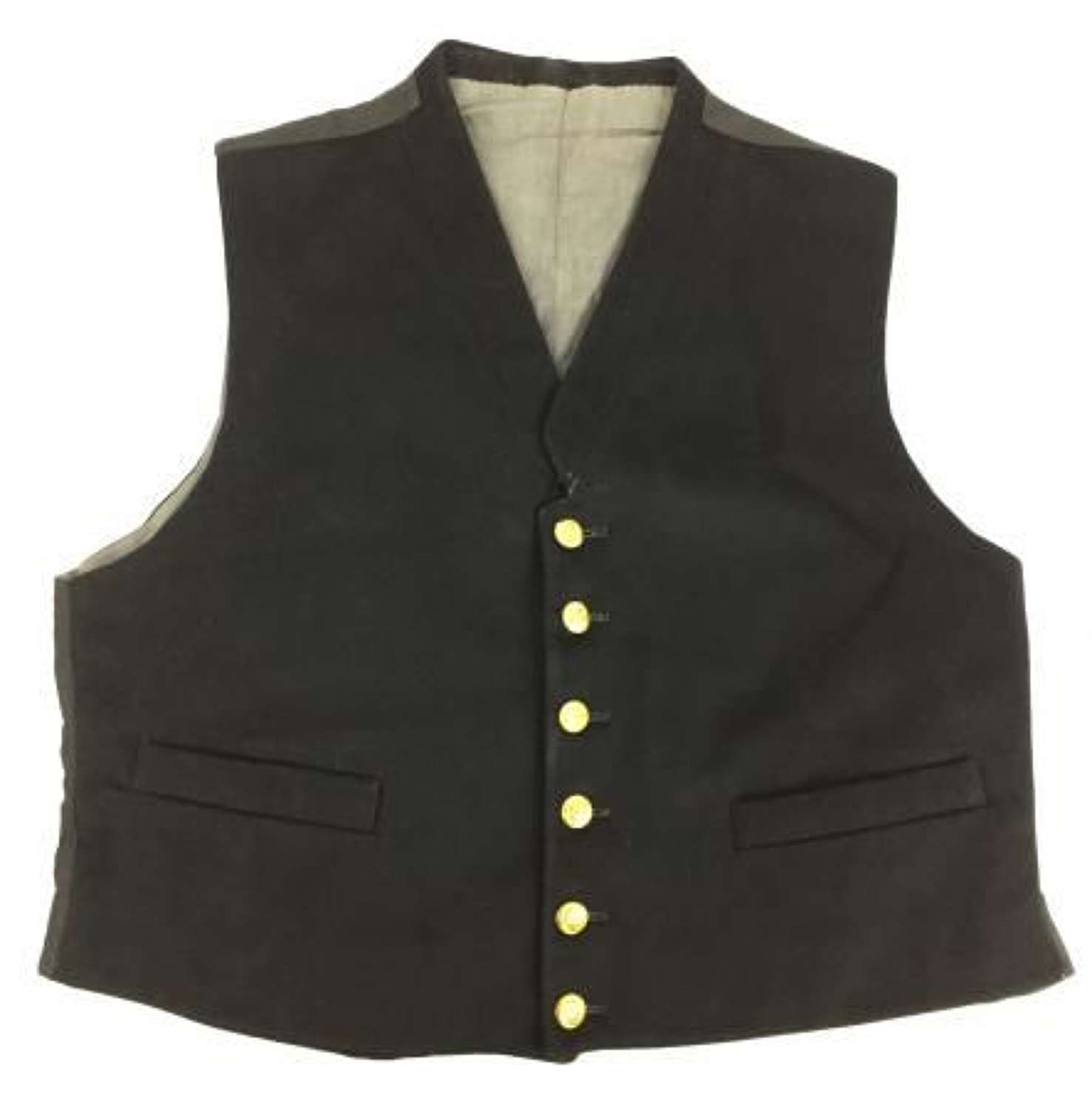 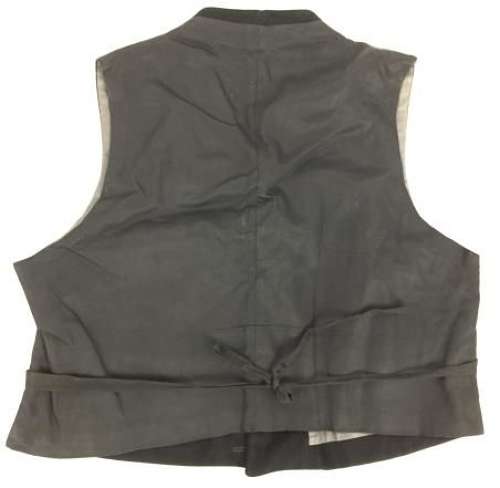 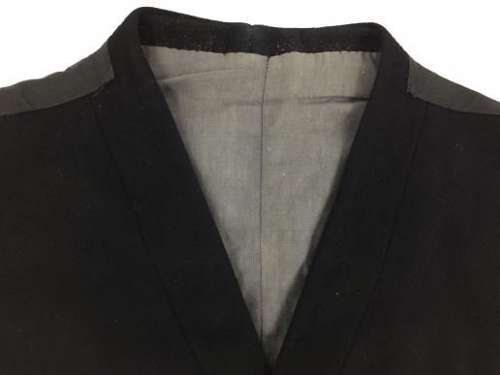 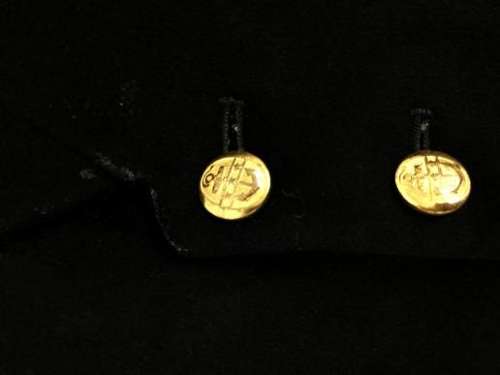 This waistcoat is typical of 19th century waistcoats featuring a tie string to the back rather than a belt and buckle which didn't emerge until the end of the century. This style of cinching in the waist dates back to much earlier but based on the materials used in the construction of the waistcoat and the cut I think it is no earlier than 19th Century.

The waistcoat is cut very short as it is designed to be with high-waisted trousers as were popular throughout the 19th century and stayed fashionable until the 1950s. It ha a high buttoning closure and a short shawl collar.

The waistcoat features a matching set of brass naval buttons which appear to be original to the vest. I cannot identify the buttons but they feature a crown with three stars below it. Possibly merchant navy?

As with many of these early items the waistcoat is a small size and will fit around a 34-36" chest.

A rare early piece which is in great wearable condition and displays very well.