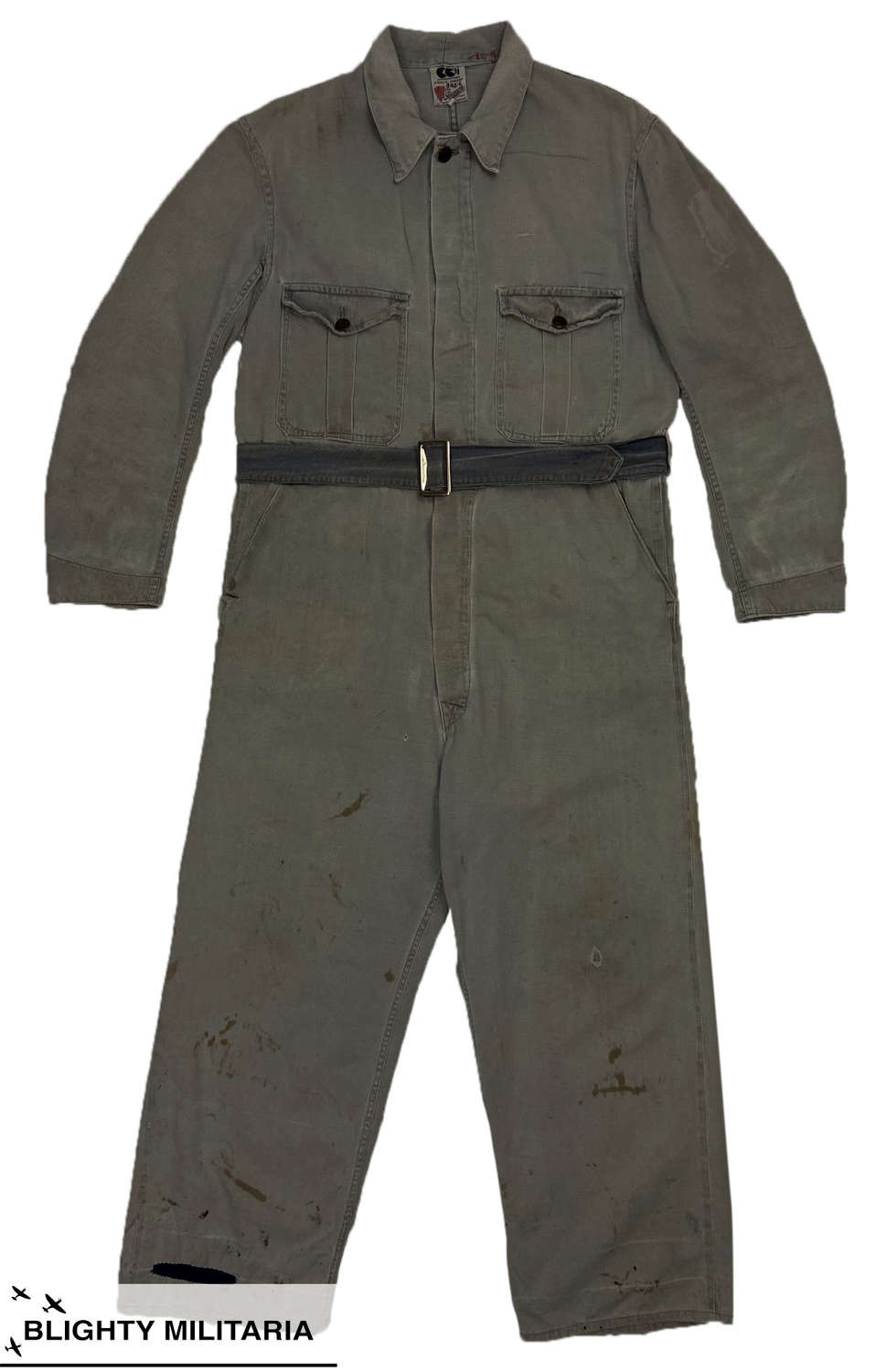 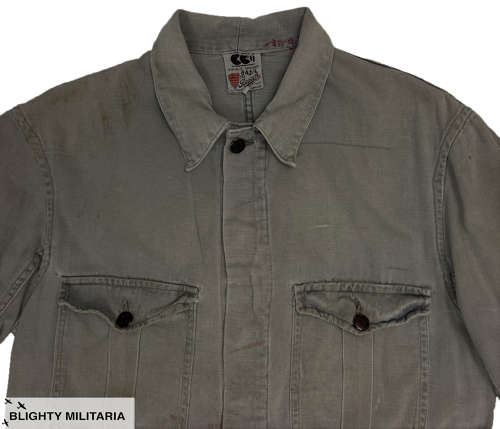 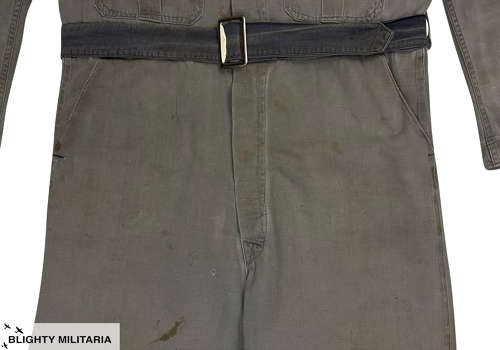 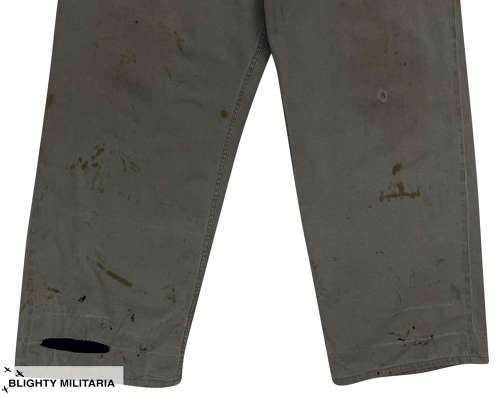 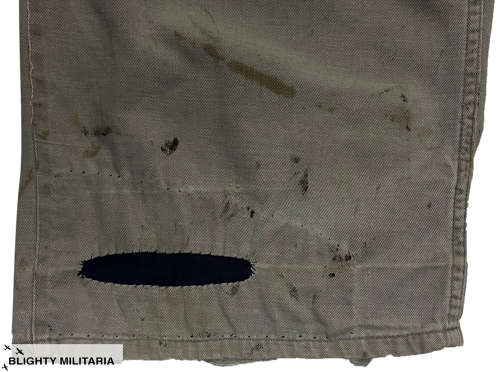 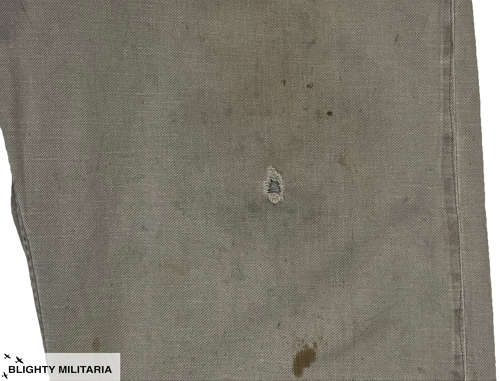 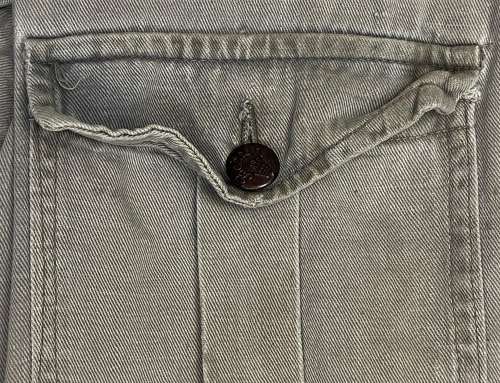 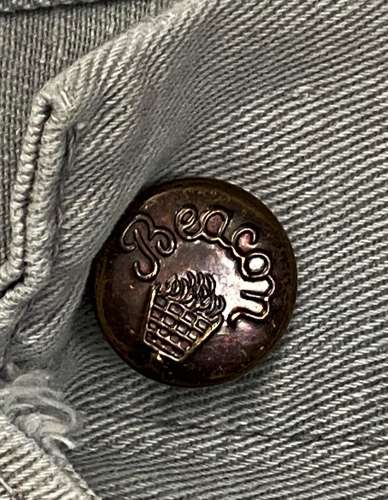 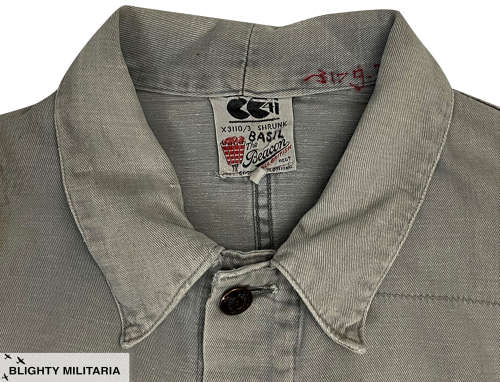 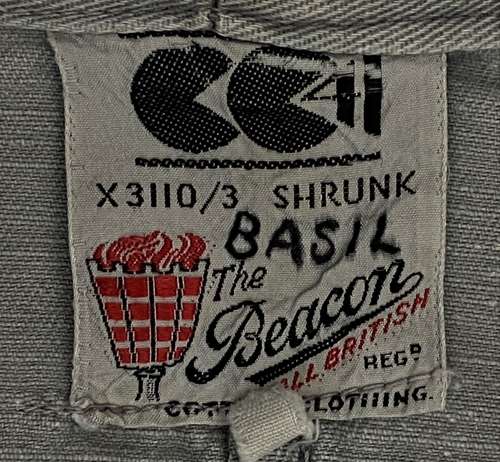 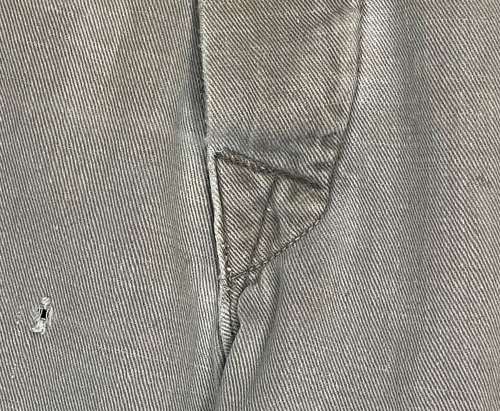 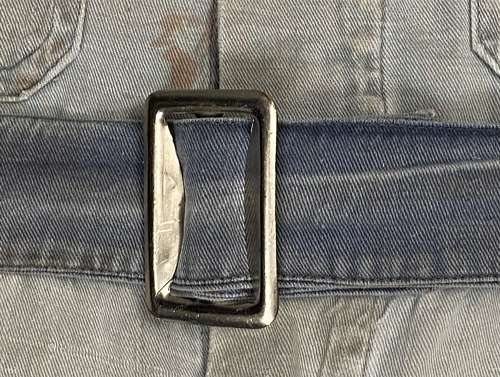 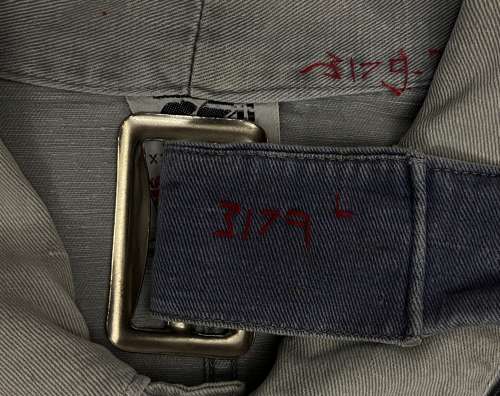 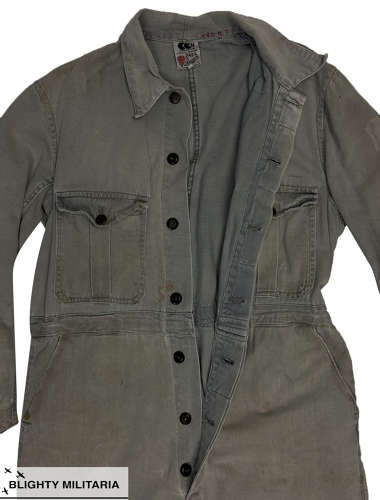 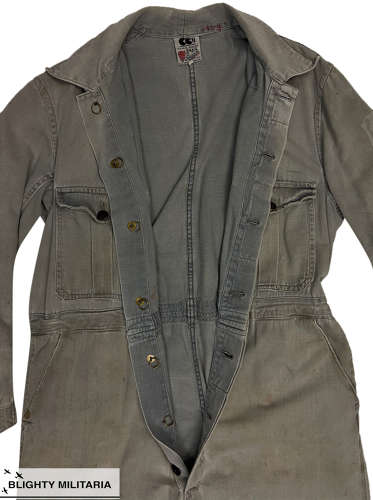 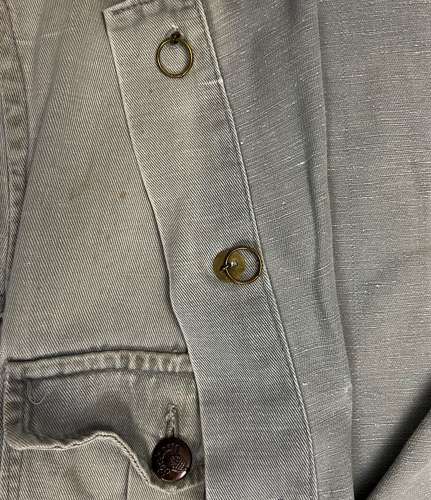 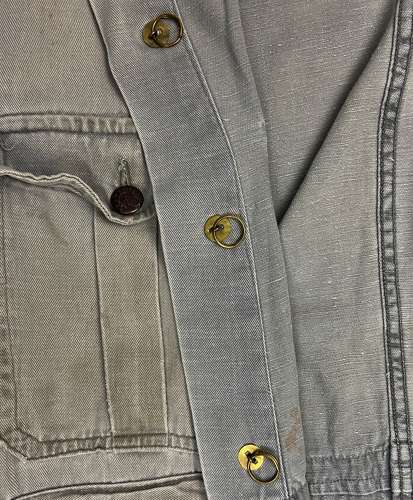 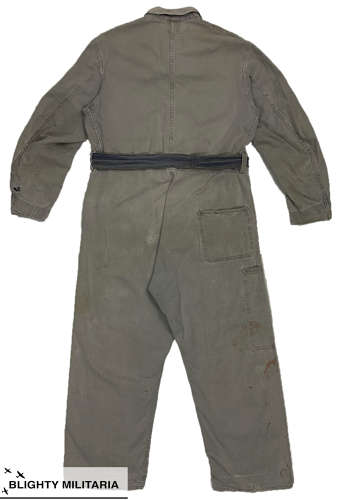 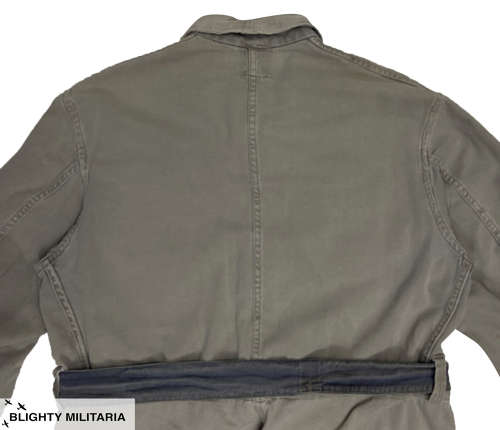 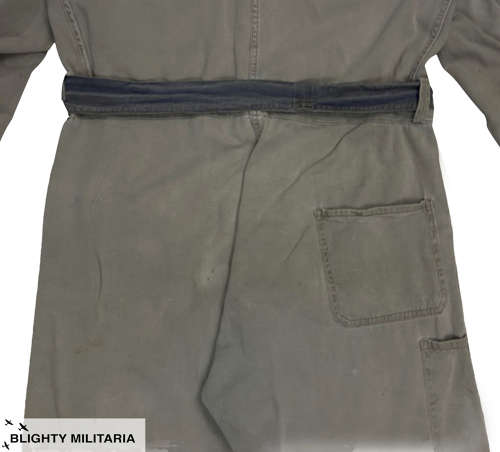 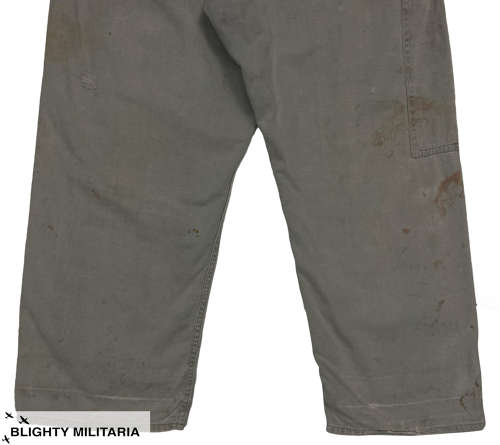 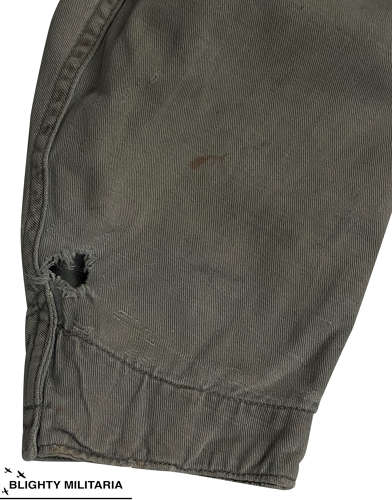 A rare original set of 1940s British overalls made by 'Beacon' as part of the CC41 utility scheme.

These overalls were made as part of the CC41 utility scheme which was brought into effect in the UK in 1941 as part of the larger rationing scheme. The idea behind it was that affordable, quality clothing would be available to everyone of every class and could be bought using coupons.

The overalls are typical of workwear made in the UK during the 1940s. They are made from a cotton drill material and feature pleated patch pockets to the breast, a removable waist belt with simple metal buckle, a patch pocket to the seat and a spanner pocket to the side of the right leg. Originally the overalls would have been a deep indigo blue colour which has been washed and faded out to a light grey. The waist belt retains a little more of its original colour giving it a slightly mismatched appearance. It is undoubtedly the original belt as it bears the same laundry number as the overalls as can be seen in picture 13. Incredibly, all the original buttons are still present. These are all removable for washing purposes and feature brass split rings to the reverse. Those which aren't covered by a fly feature the Beacon brand name and logo which is a fantastic feature.

Inside the overalls the original label is still present and is bright and legible. It features the CC41 utility logo incorporated into the same label as the brand name. There is a graphic of a beacon in red and black next to which are the words 'The Beacon All British Regd, Cotton Clothing'. The original owner has written his name in ink which reads 'Basil'.

The overalls are designed to be worn as an outer layer and are cut in a loose manner. Whilst the inside leg measurement seems short the dropped crotch needs to be taken into account. The overalls will easily fit a 38" - 40" chest and up to 6' tall with an inside leg of 31". When laid flat the measure -

The overalls are in worn condition as is to be expected from a piece of vintage workwear. There are some nice original period repairs along with areas of wear and some holes as pictured. These overalls are far from perfect but display well with plenty of authentic character.

A fantastic pair of very original overalls with a brilliant label!