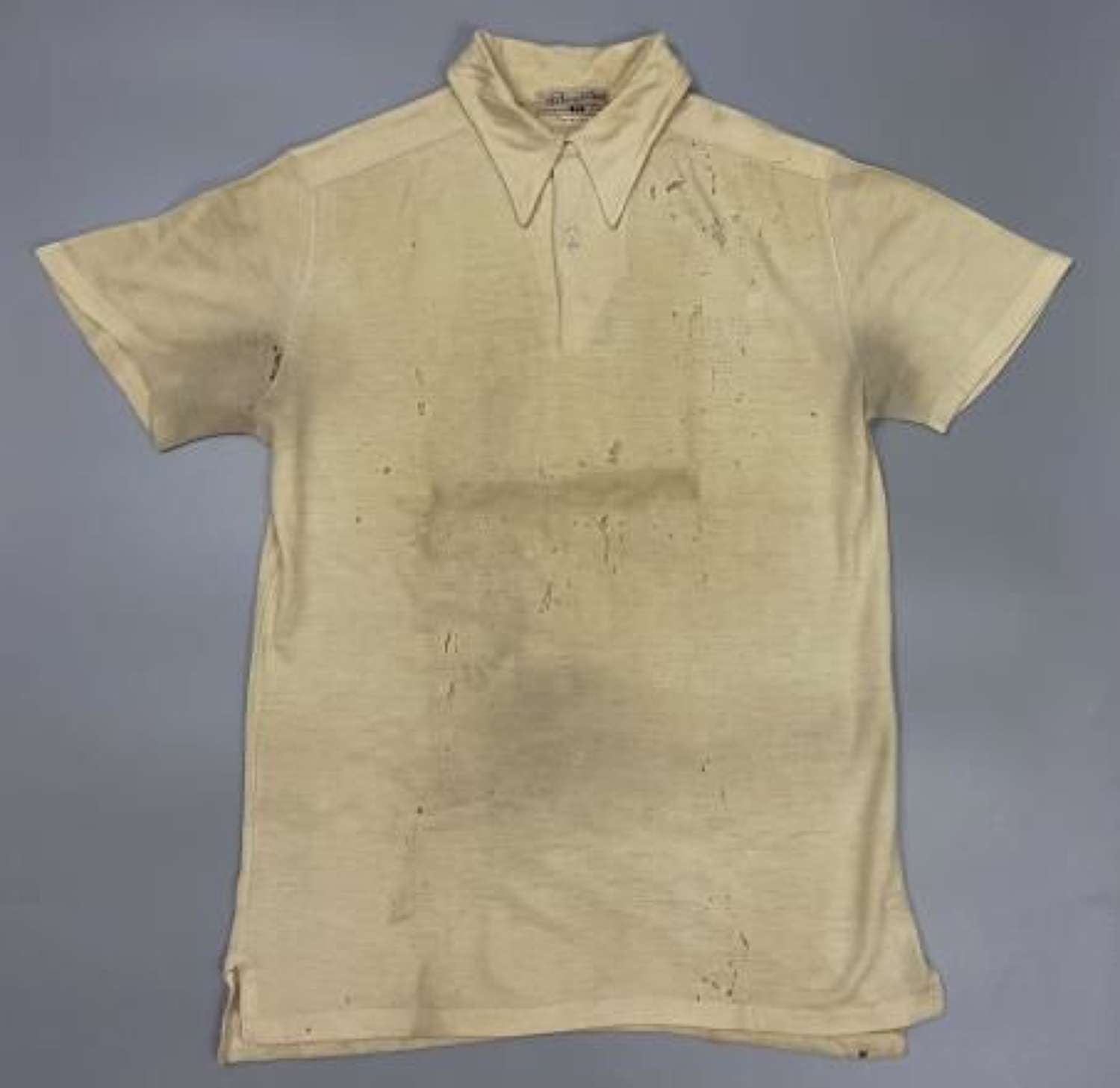 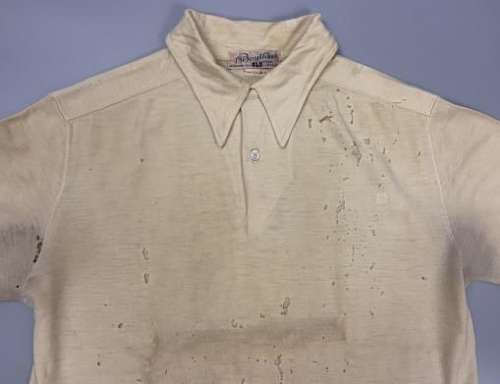 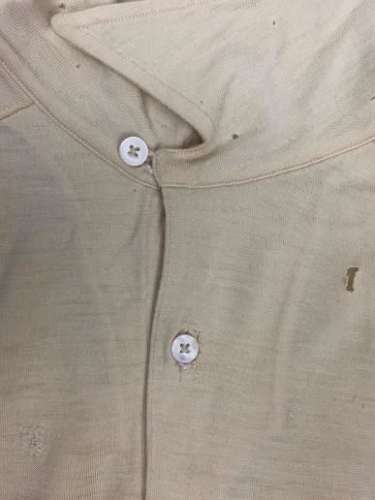 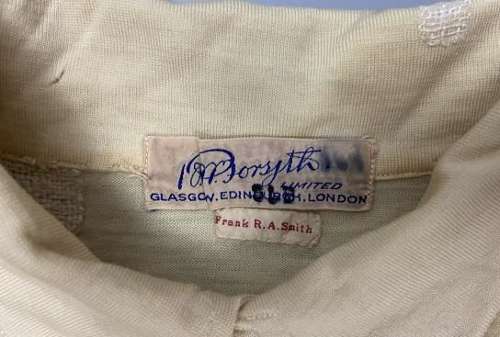 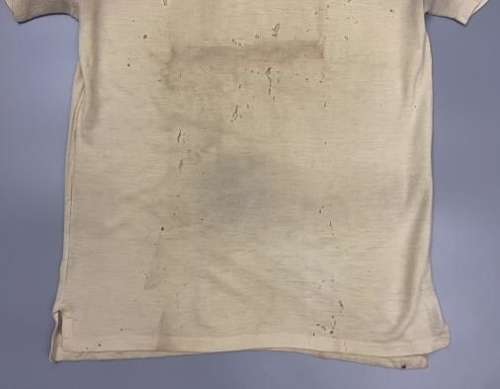 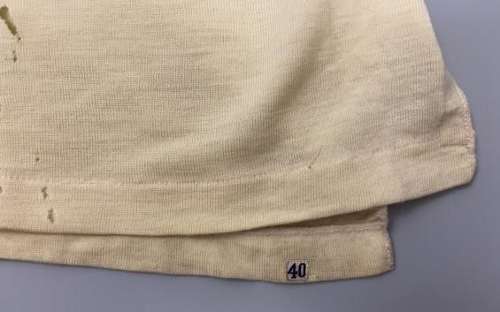 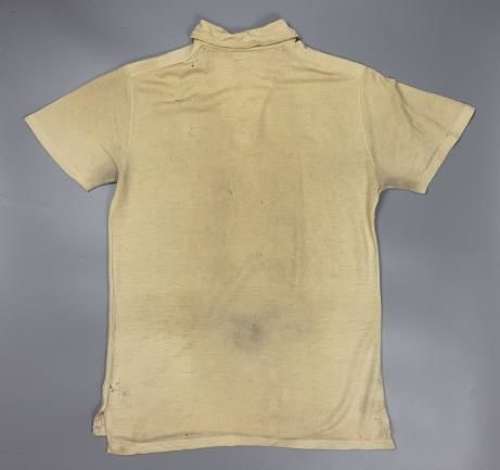 SOLD
A scarce original mens polo shirt dating from the early 1940s and in distressed condition.

This style of shirt started to become popular with men for sporting activities as well as casual wear during the 1930s and were often seen more with flannel trousers. Due to their lightweight construction and the fact they were often used for summer sports means very few examples survive today.

The shirt is made from a breathable cotton-jersey type material and features a single button closure with a second 'loop collar' style button and loop to the top. The collar is a typical 1940s shape.

Inside the shirt the original label is still present and features the makers name of 'R. W. Forsyth' who were a prolific gentlemen's outfitters during this period. Below this label the owner has added his own personal name tag which reads Frank R. A. Smith.

Sadly the shirt is in poor condition and no longer really wearable. It has a large variety of holes and stains as can be seen in the pictures. It was clearly well worn at the time as there are a number of nice neat period darns.

Whilst this rare shirt is sadly in poor condition it would still be ideal for design or reference or could suit a serious vintage menswear collector.