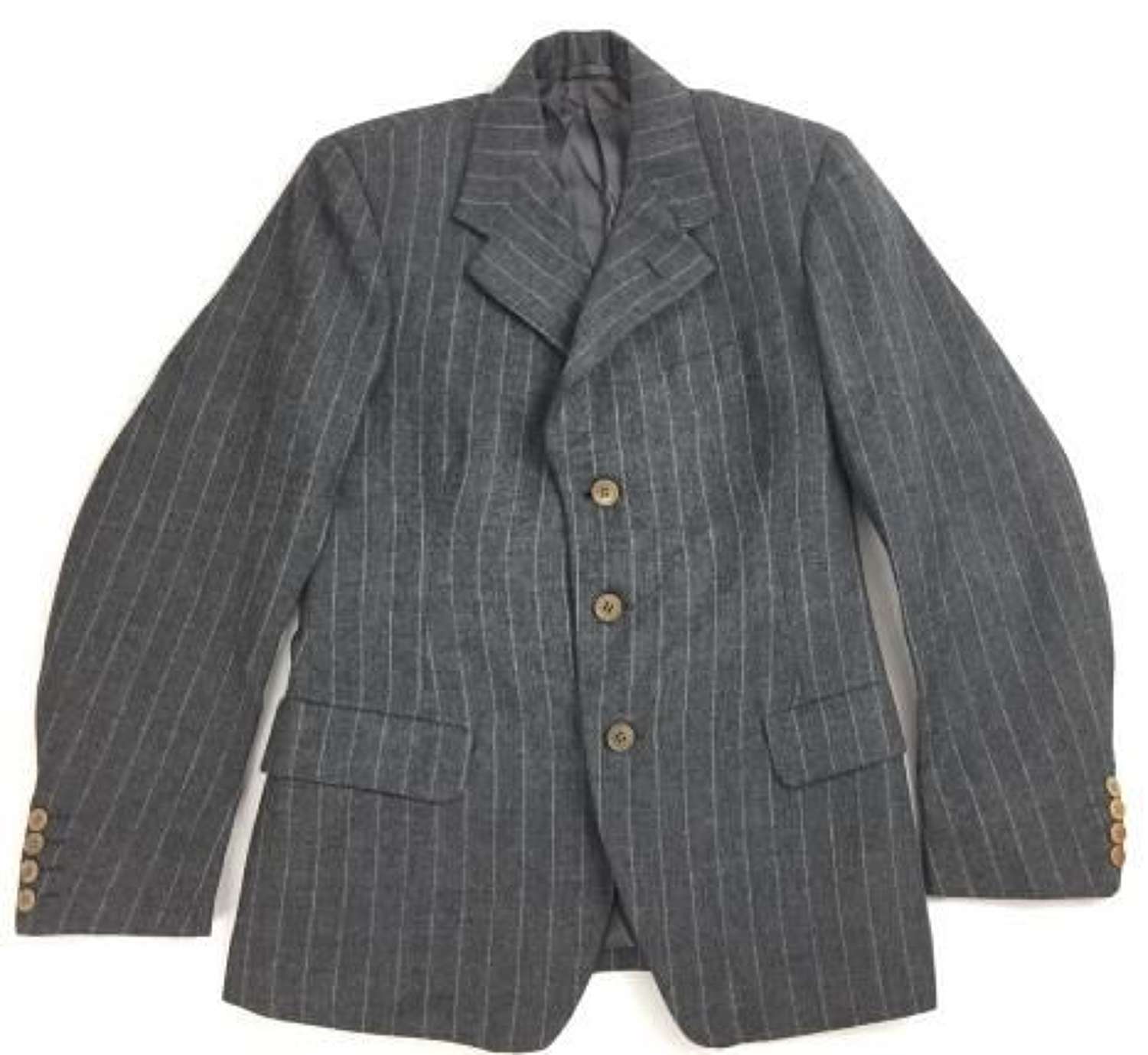 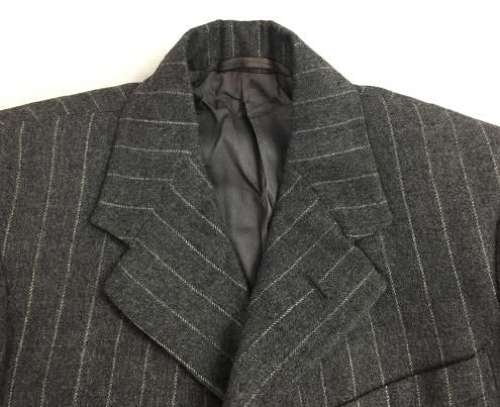 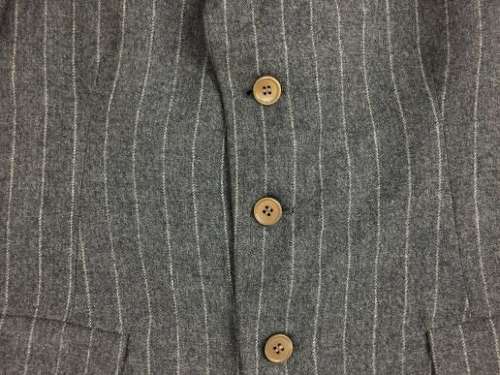 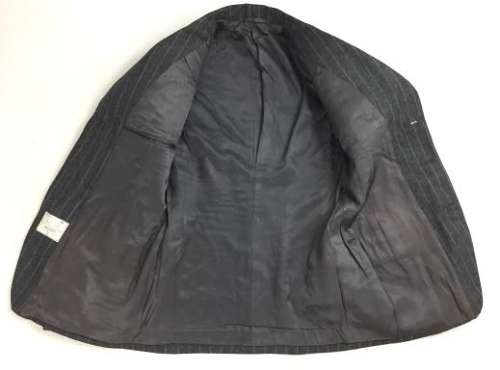 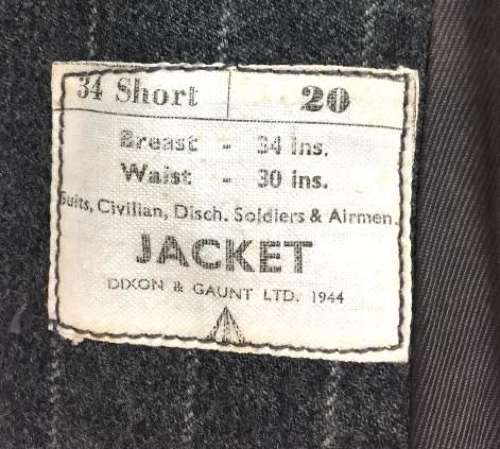 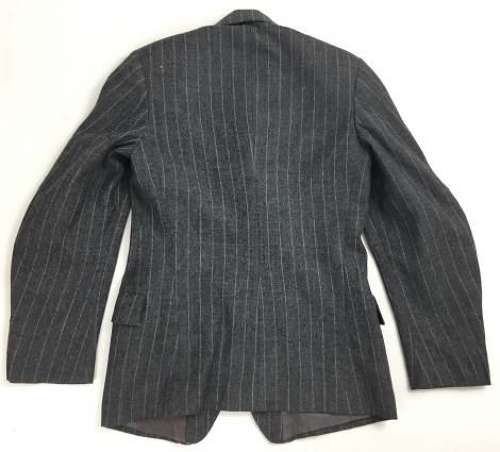 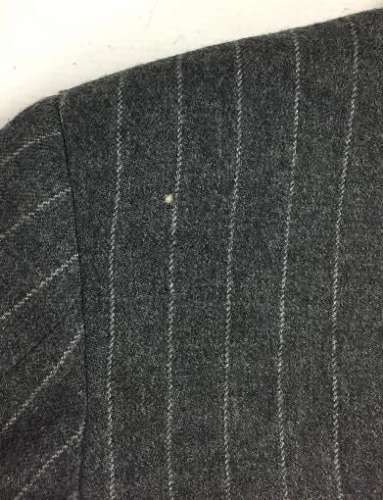 This scarce jacket was made as part of the 'demob' clothing scheme which came into effect in 1942 and was designed to supply those men and women leaving the British forces with a complete set of clothes when they were 'demobilised', or 'discharged', from military service. Original examples of demob clothing are now becoming quite rare, especially war dated examples which still have their originals labels such as this example.

The jacket is typical of the era being of a three button single breasted cut with two lower flapped pockets and a pronounced lapel shape. The grey flannel material features a white chalk stripe and was a popular choice during the period. The interior is fully lined with a grey rayon material and the original issue label is stitched to the interior.

The label is typical of those found in British military clothing from the Second World War and states the garments official name as 'Suits, Civilian, Disch. Soldiers & Airmen'. It was made by 'Dixon & Gaunt Ltd' in 1944 and features the War Department broad arrow marking found on all British military issue clothing of this period. It also states the size as 34 Short.

The condition of the jacket is extremely good with no signs of wear or use. It is unlikely that it has ever been worn and it therefore displays very well indeed. The only small flaw that I can find is one hole to the rear below the shoulder and this can be seen in the pictures. Aside from this the jacket really is in nice condition but please remember that this is a vintage pre-owned item that is 75 years old and it may have issues consummate with its age.

All in all a stunning 1940s jacket which is a military collectable in its own right. This would make an excellent condition to any collection, archive or wardrobe without a shadow of a doubt!