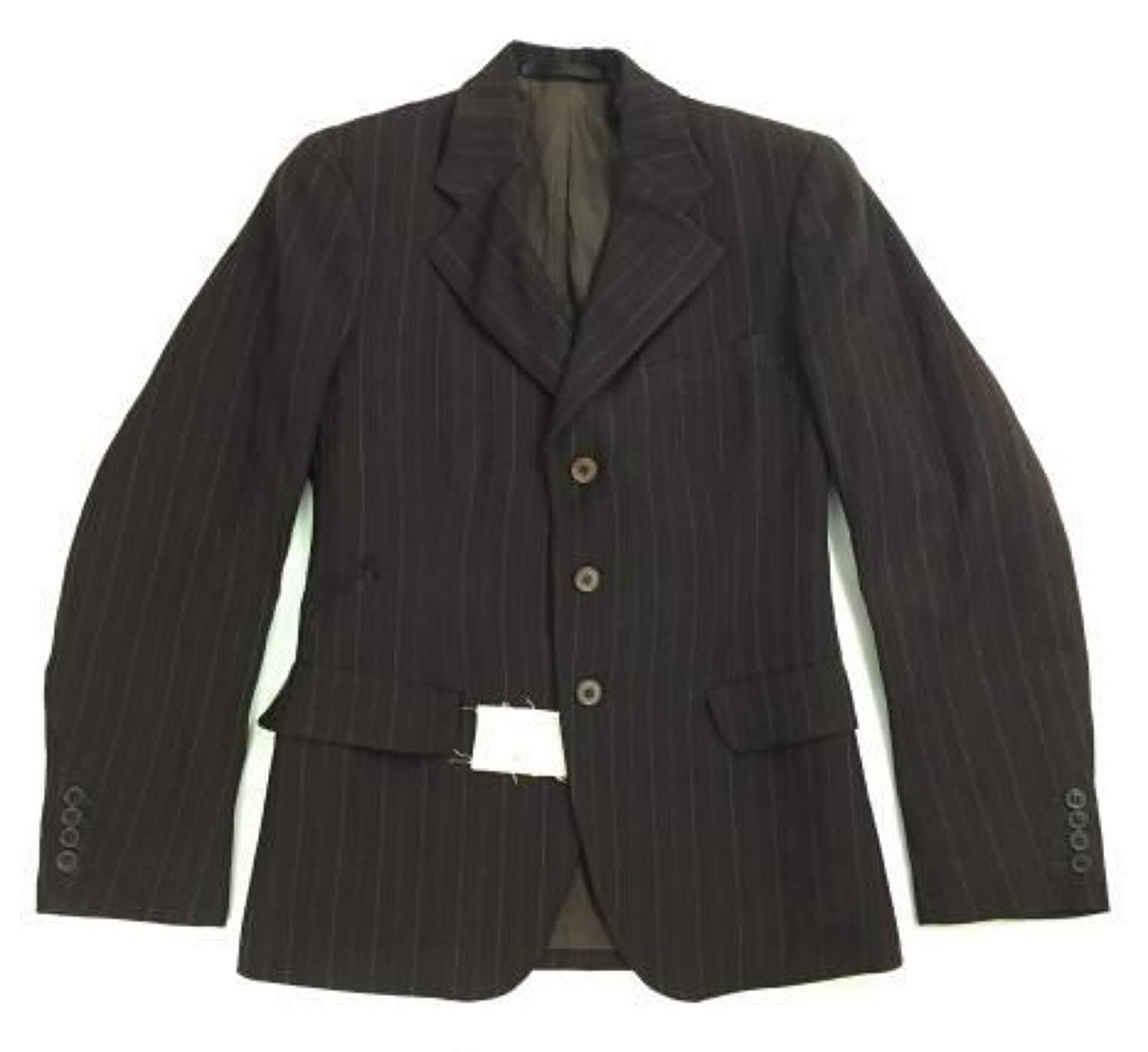 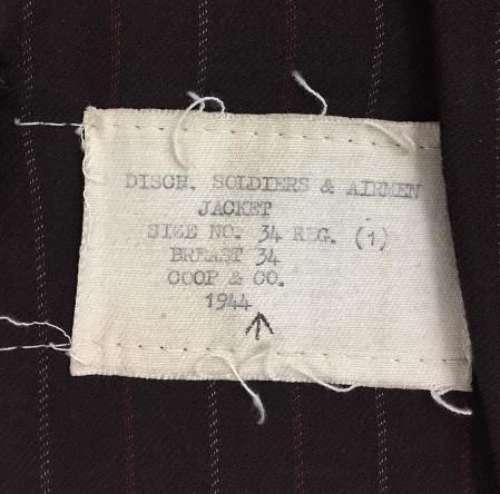 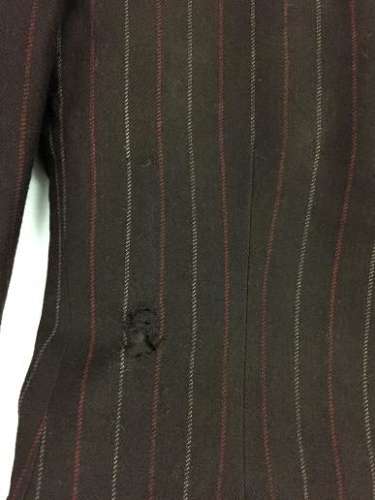 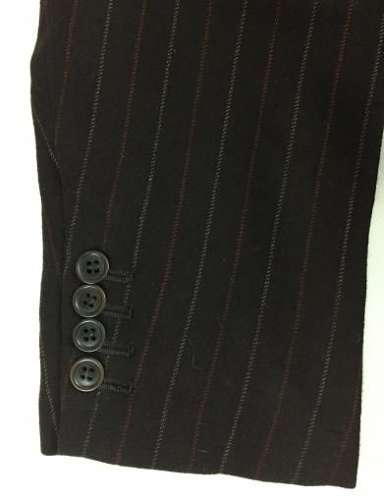 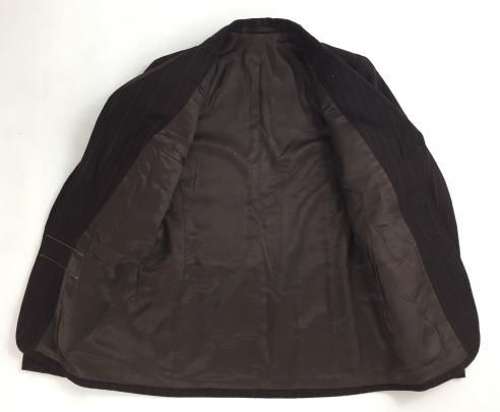 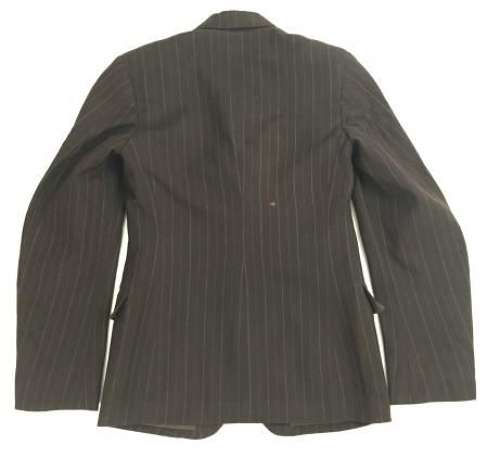 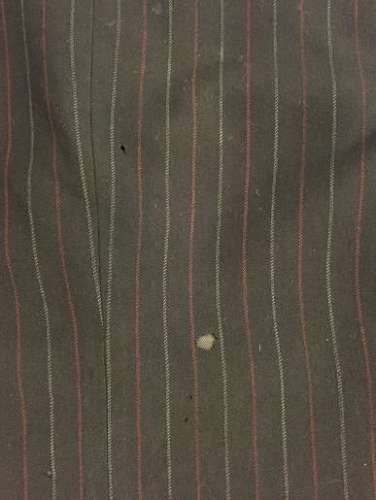 A rare original men's brown pinstriped 'Demob' jacket made in 1944 and in a size 34.

This scarce jacket was made as part of the 'demob' clothing scheme which came into effect in 1942 and was designed to supply those men and women leaving the British forces with a complete set of clothes when they were 'demobilised', or 'discharged', from military service. Original examples of demob clothing are now becoming quite rare, especially war dated examples which still have their originals labels such as this example.

The jacket is typical of the era being of a three button single breasted cut with two lower flapped pockets and a pronounced lapel shape. The brown pinstripe fabric was popular at the time but has become hard to find today making it highly sought-after by collectors.

The really special feature of this jacket though is the original label which is still attached to the outside of the jacket. This means the jacket has almost certainly never been worn and it is certainly the first example of its type that I have handled. The label states 'Disch. Soldiers & Airman Jacket, Size No 34 Reg, Breast 34, Coop & Co 1944'. Below this the War Department broad arrow marking is present, as was on all British military issue items during this period.

The label states the jacket as being a 34 Reg so it should fit as such. When laid flat it lays -

The condition of the jacket is very good in the main and it shows no signs of wear or use and it clear never got issues. It does sadly whoever have a couple of holes; one to the front which is the largest with another much smaller one above it, and one to the rear with a couple of other smaller ones around it. These are detailed in the pictures so please study them carefully and remember that this is a vintage item which is 75 years old.

A really fantastic jacket which would make an excellent addition to any collection or archive. The areas of damage are a shame and have been reflected in the price but could perhaps be repaired. This jacket is certainly worthy of light restoration or could be displayed as is.