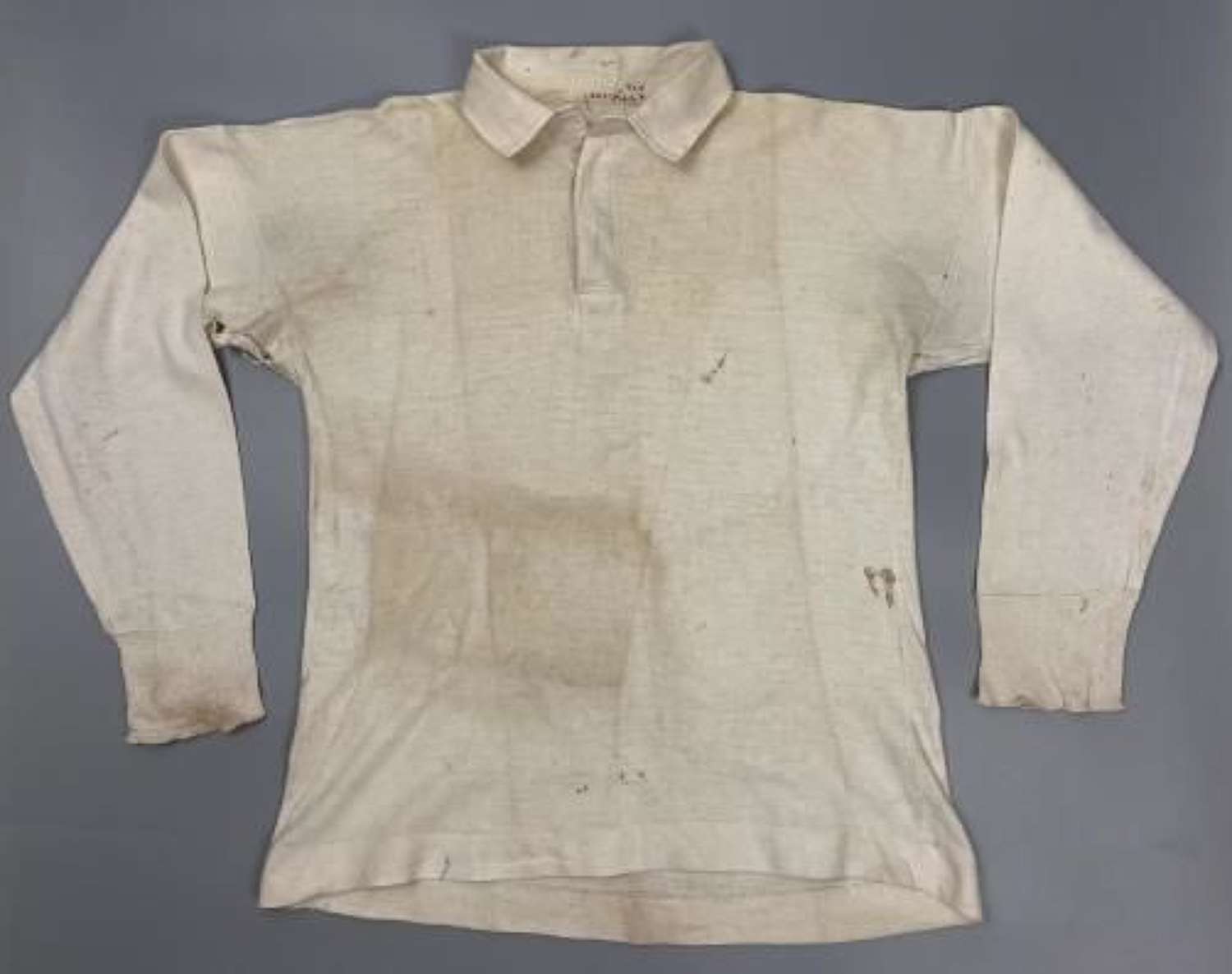 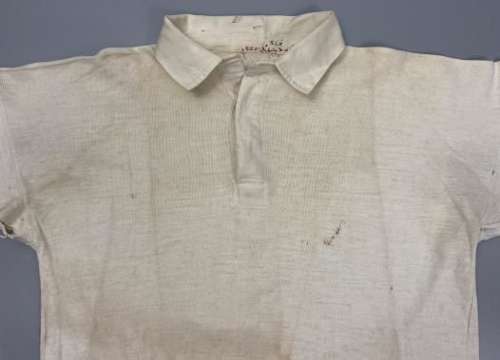 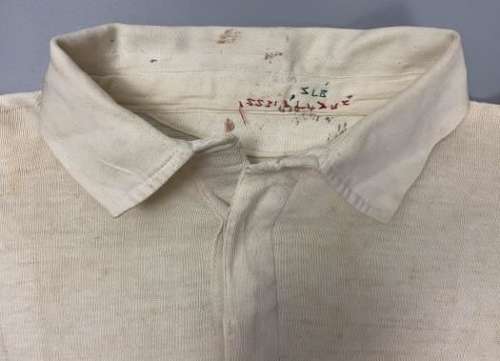 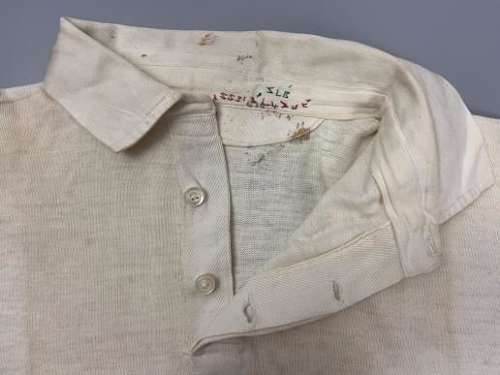 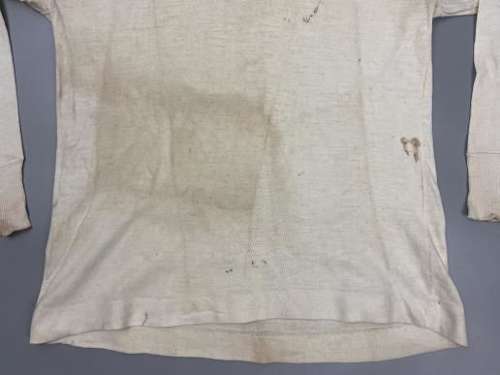 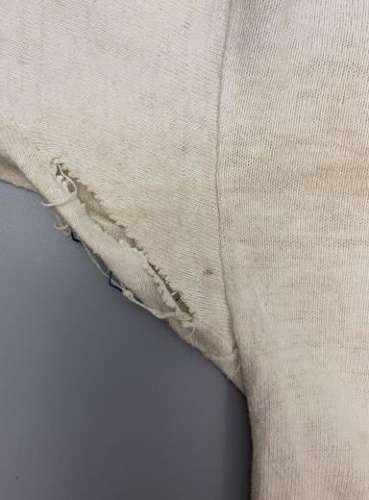 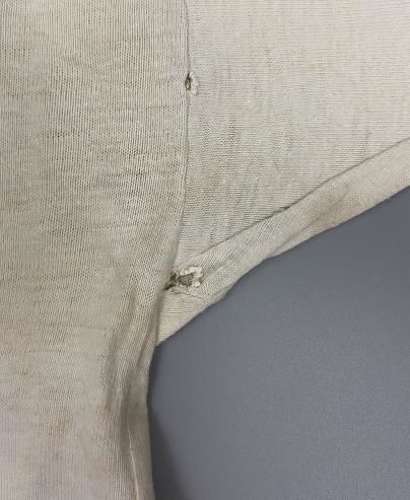 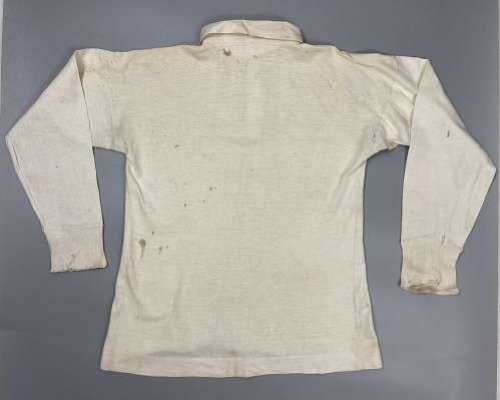 A rare surviving example of a 1940s sports shirt as worn for playing sports such as football and rugby.

The shirt is typical of those worn in the 1930s and 1940s for sports. It features a small two button opening and a simple stand and fall collar. It has long sleeves and a simple cuff and is essentially a functional, utilitarian piece.

A rare example of an early British sportswear top!