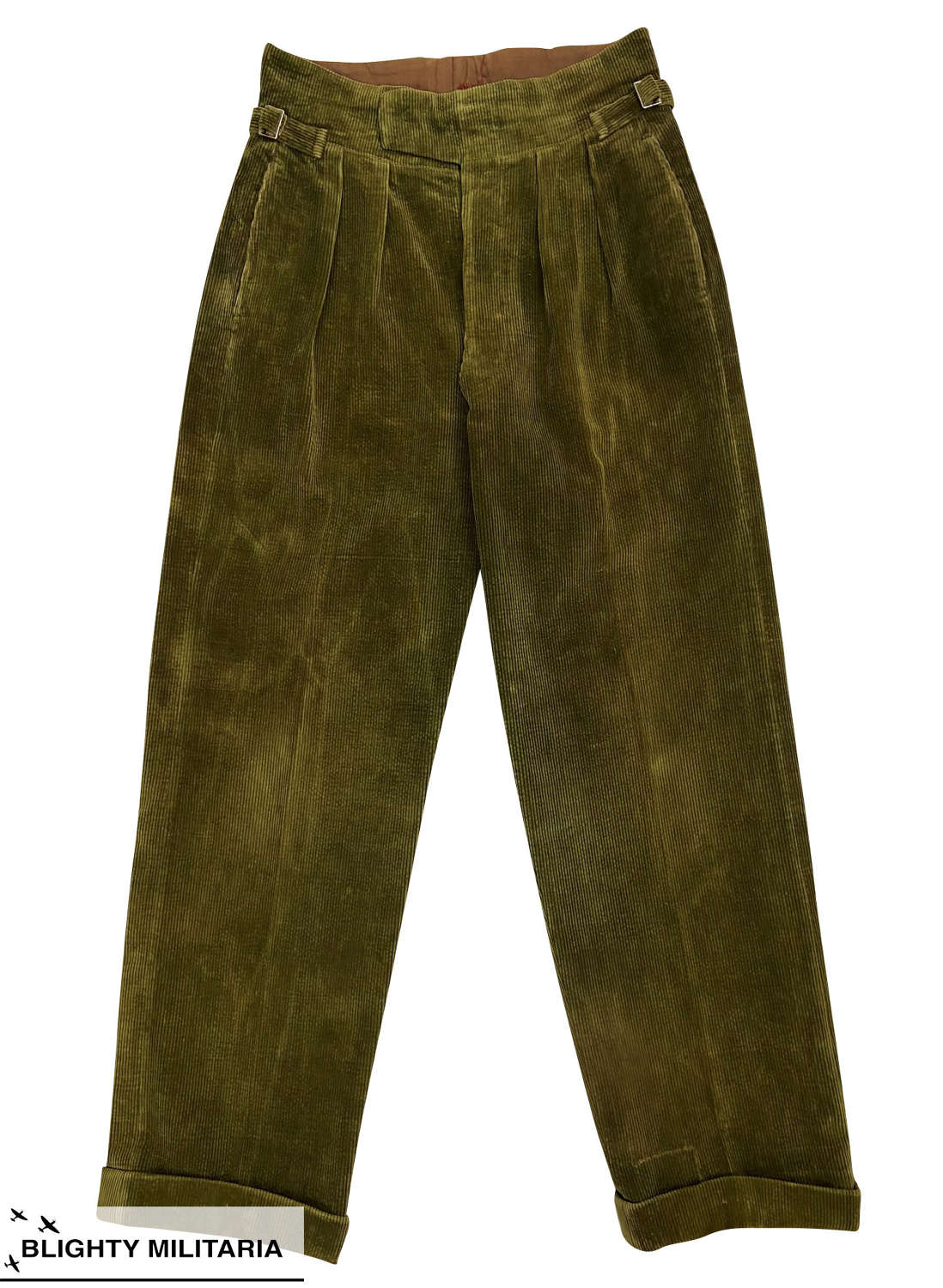 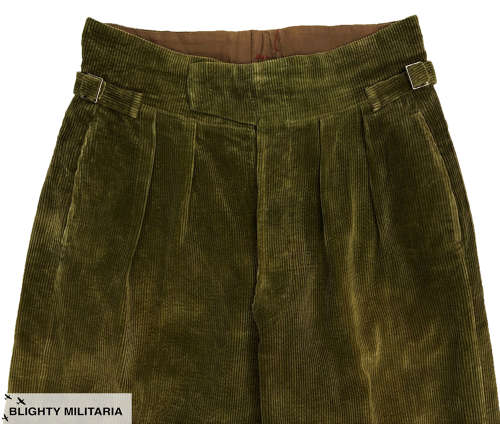 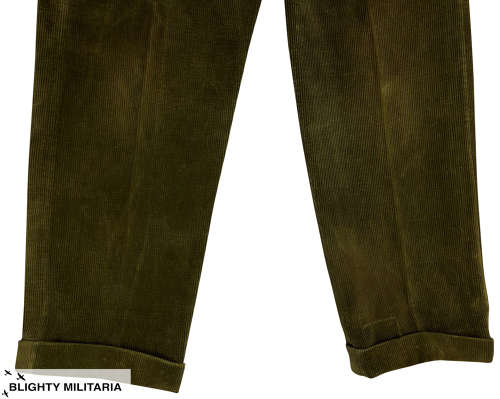 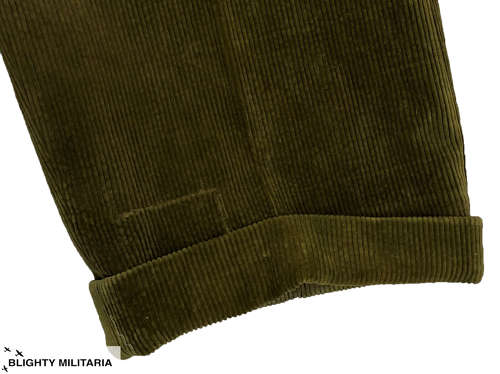 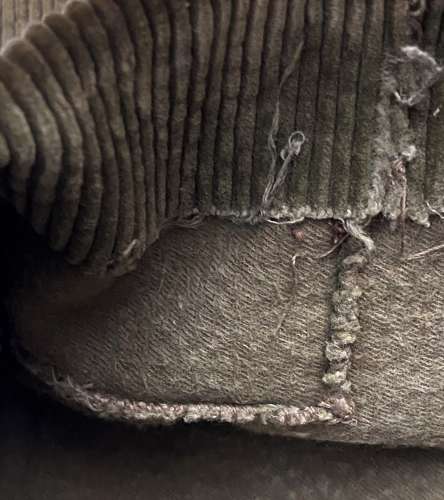 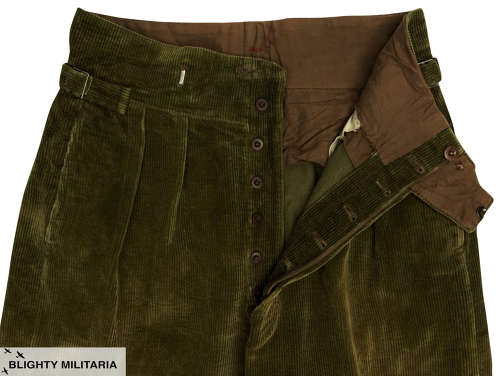 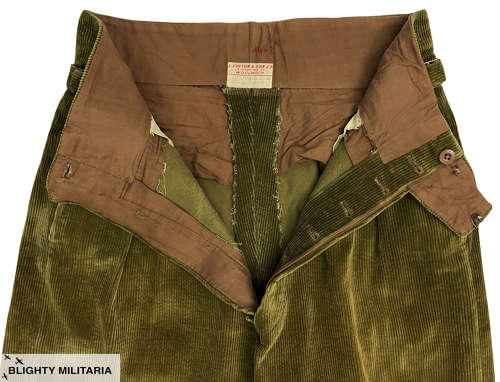 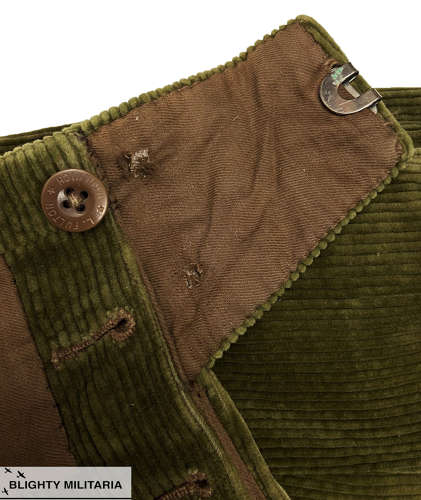 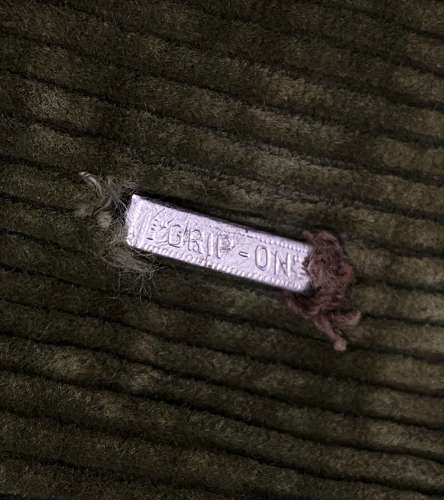 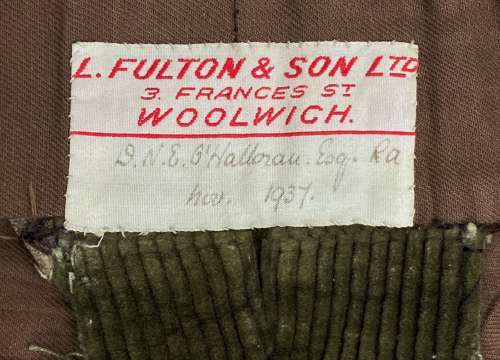 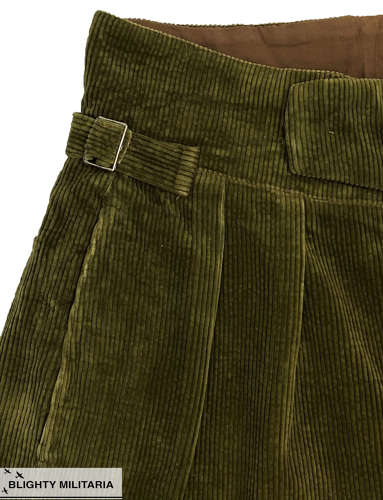 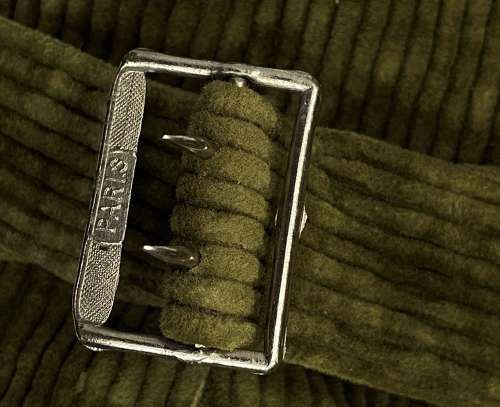 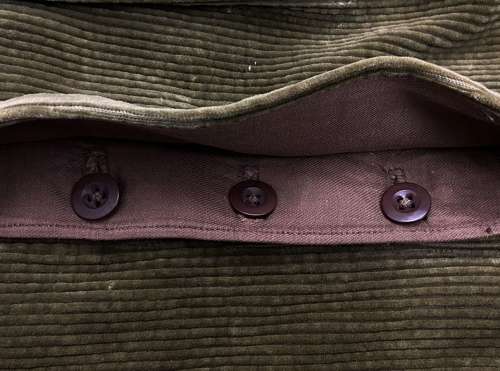 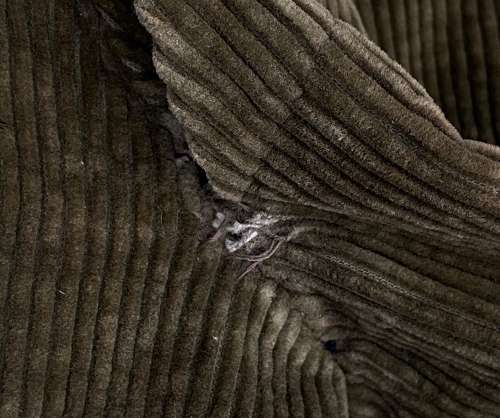 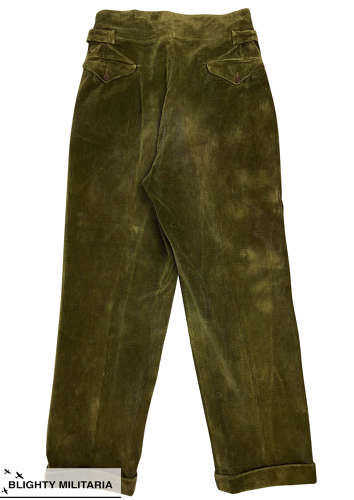 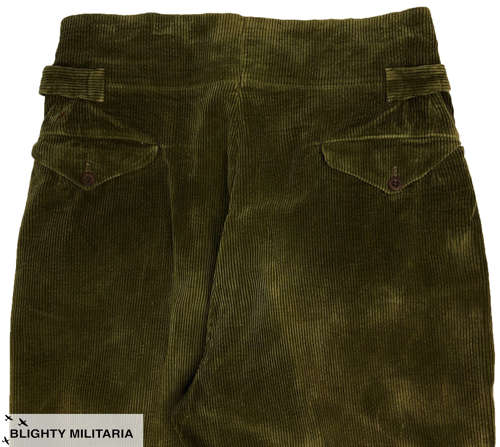 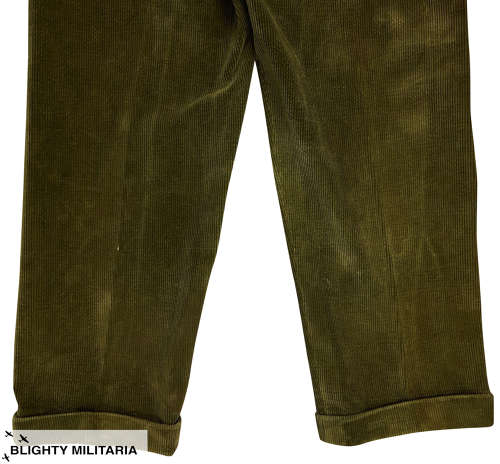 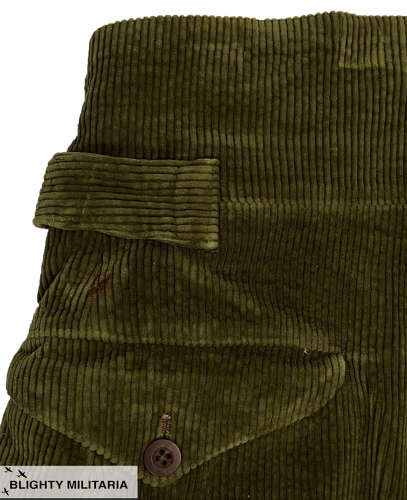 A scarce pair of men's corduroy trousers in green, made by 'L. Fulton' in 1937 for Denis North East O'Halloran.

Dennis North East O'Halloran 34484 was an officer in the British Army during the interwar period as well as in the Second World War. He was in the Royal Artillery and is noted as being at the Chemical Defence Experimental Station, Porton in 1938. He was killed in 1943 serving with the 11th Regiment in Tunisia whilst an acting Lieutenant Colonel.

The trousers are a rare surviving example of green coloured corduroy trousers from the pre-war period. They were made by 'L. Fulton' of Woolwich which ties in with the original officer being in the Royal Artillery. They are cut in a typical style for the late 1930s featuring a wide leg with a turn up to the cuff and a high rise waist. The fly fastens with buttons with the uppermost one being the maker's name. Straight slash pockets are located to each hip and twin rear pockets can be found to the rear. Waist adjusters are fitted to each hip which is a nice period detail. The buckles which fasten these are marked 'Paris'.

Inside the trousers the original label is present and bears the maker's name of 'L. Fulton' along with the address of 3 Frances Street Woolwich. The owner's name has been added in ink and reads D. N. E. O'Halloran under which is the date of November 1937.

The trousers will suit a tall man with around a 32" waist. When laid flat they measure -

The trousers are in good condition for their age and are still very wearable. They display well with no serious flaws although they do have signs of wear and age. There is an L-shaped repair to the lower left leg which has been repaired very well and is clearly a period job. There are two holes to the cotton lining on the reverse of the waist tab (picture 8) although these aren't seen when the trousers are worn. There is also a small repair to the crotch (picture 14) but again this is not noticeable when worn. The trousers are vintage and well over 80 years old so some small issues are to be expected.

A stunning pair of extremely rare British casual trousers from the pre-war period!