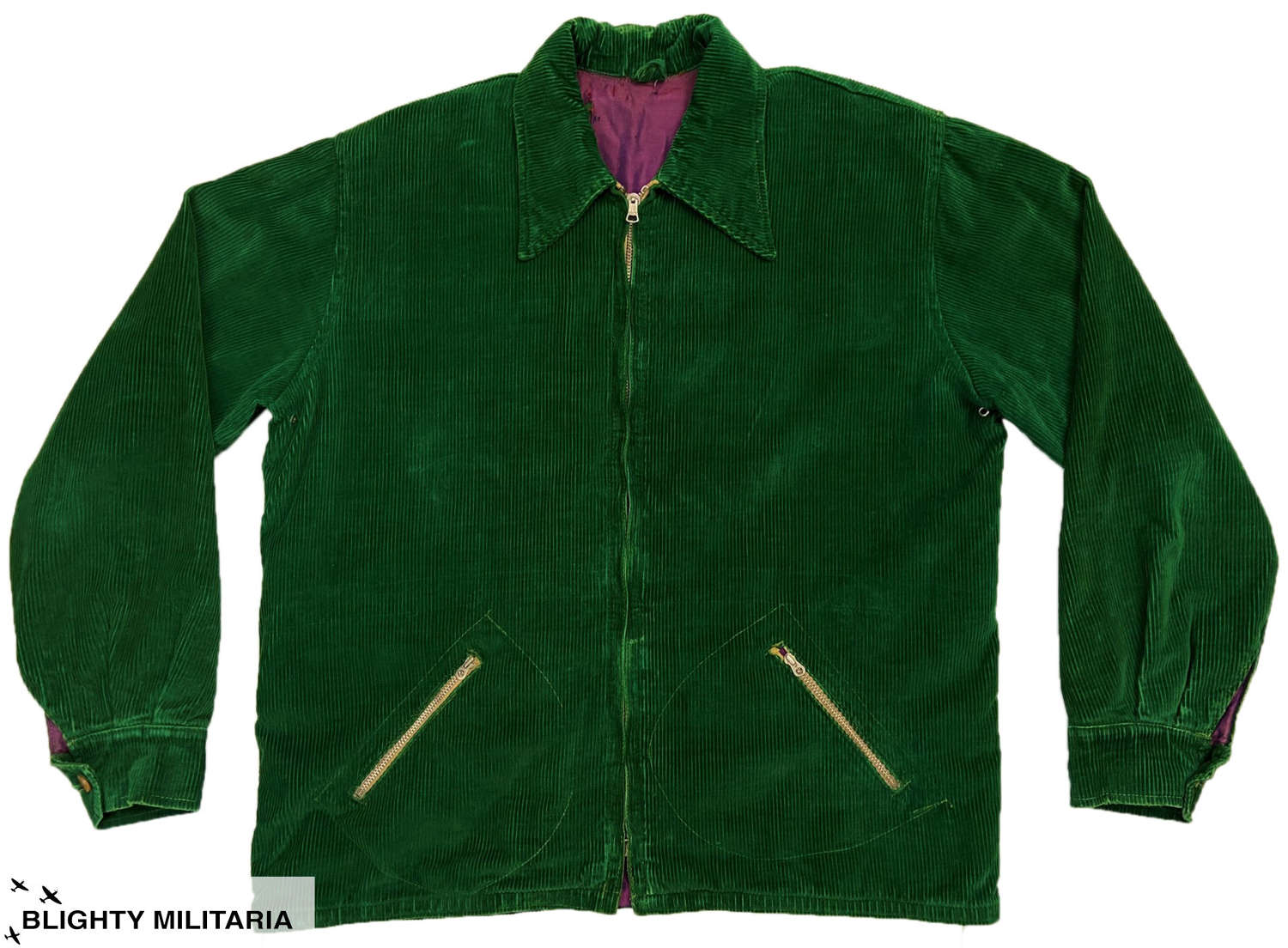 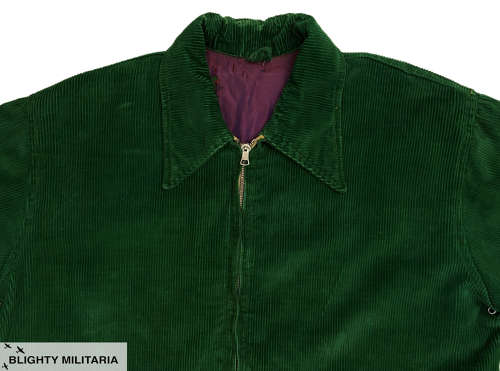 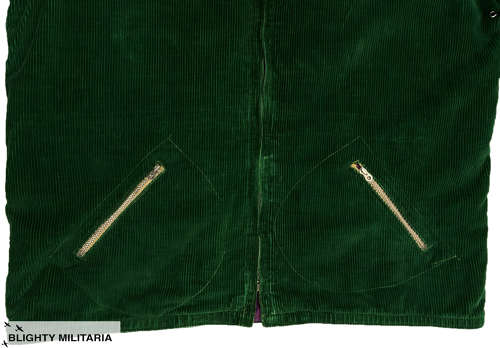 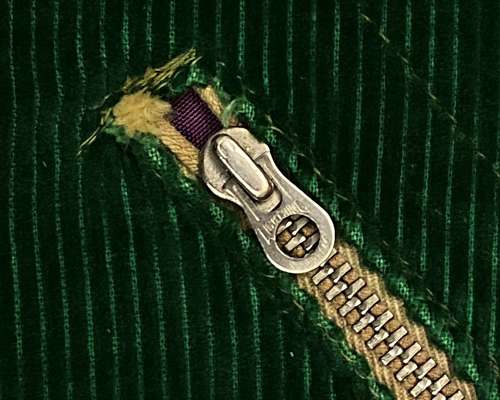 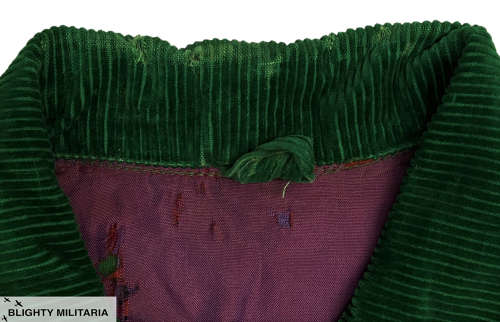 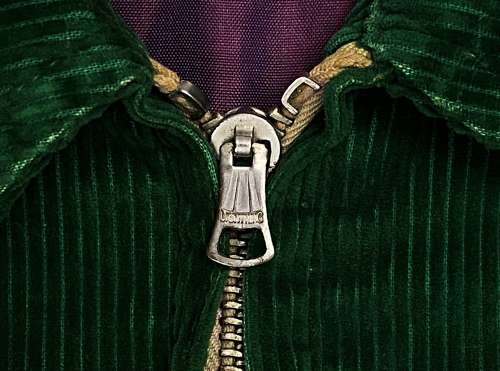 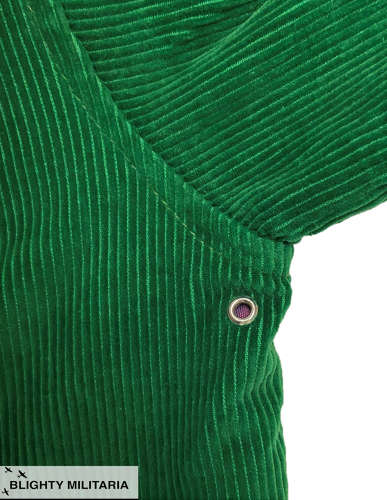 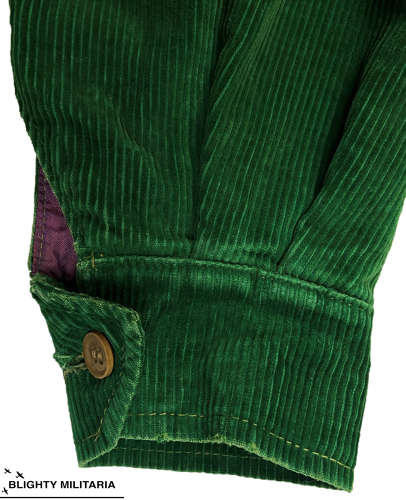 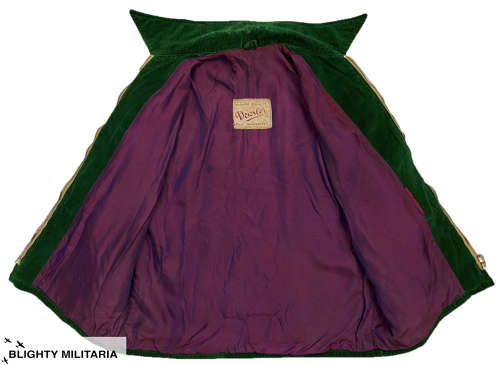 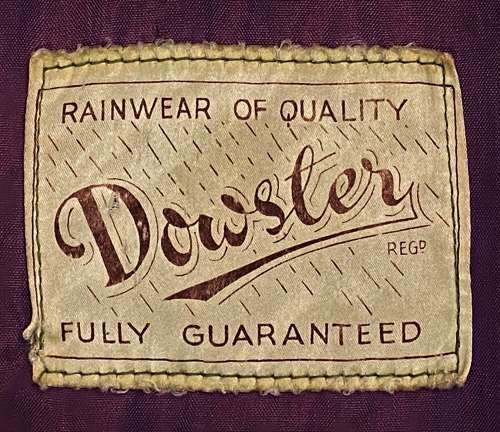 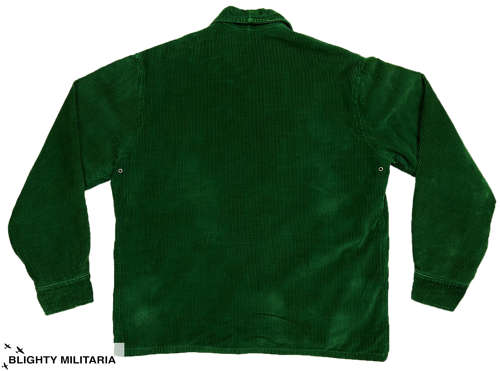 An incredible and extremely rare British green corduroy men's casual jacket dating from the early 1950s made by 'Dowster'.

By the early 1950s menswear in the U.K was becoming more relaxed and casual. During the pre-war years some men did wear casual jackets but they were by no means a common sight with suits and sports jackets being the norm. In the immediate post-war years however, jackets such as this gained popularity very quickly. This example is made from a striking emerald green coloured corduroy which is typical of the period. It features a contrasting purple coloured rayon lining, large 'spearpoint' collar shape and a button cuff. It is a short jacket which is the same length as leather jackets and other blouson jacket of the period and is designed to be worn with high waisted trousers. The main zipper is a 'Lightning' brand example with chromium plated zipper, as were often fitted to jackets during this period. There are also two zipped D pockets to the lower portion of the jacket which again feature 'Lightning' zips.

Inside the jacket the original label is still present and features typical period graphics. The maker's name of 'Dowster Regd'  is present along with the words 'Rainwear of Quality Fully Guaranteed'.

The jacket is a small size 36 short. When laid flat it measures -

The jacket is in well worn condition but still has life left in it. It displays well and is still very wearable but does show signs of wear around the collar. There is also wear and damage to the lining and the pocket bags. The jacket is in far from perfect condition so please bear this in mind and take time to study the pictures.

A very rare piece of British mid-Century casual wear with all the right details! A must have for the serious collector.