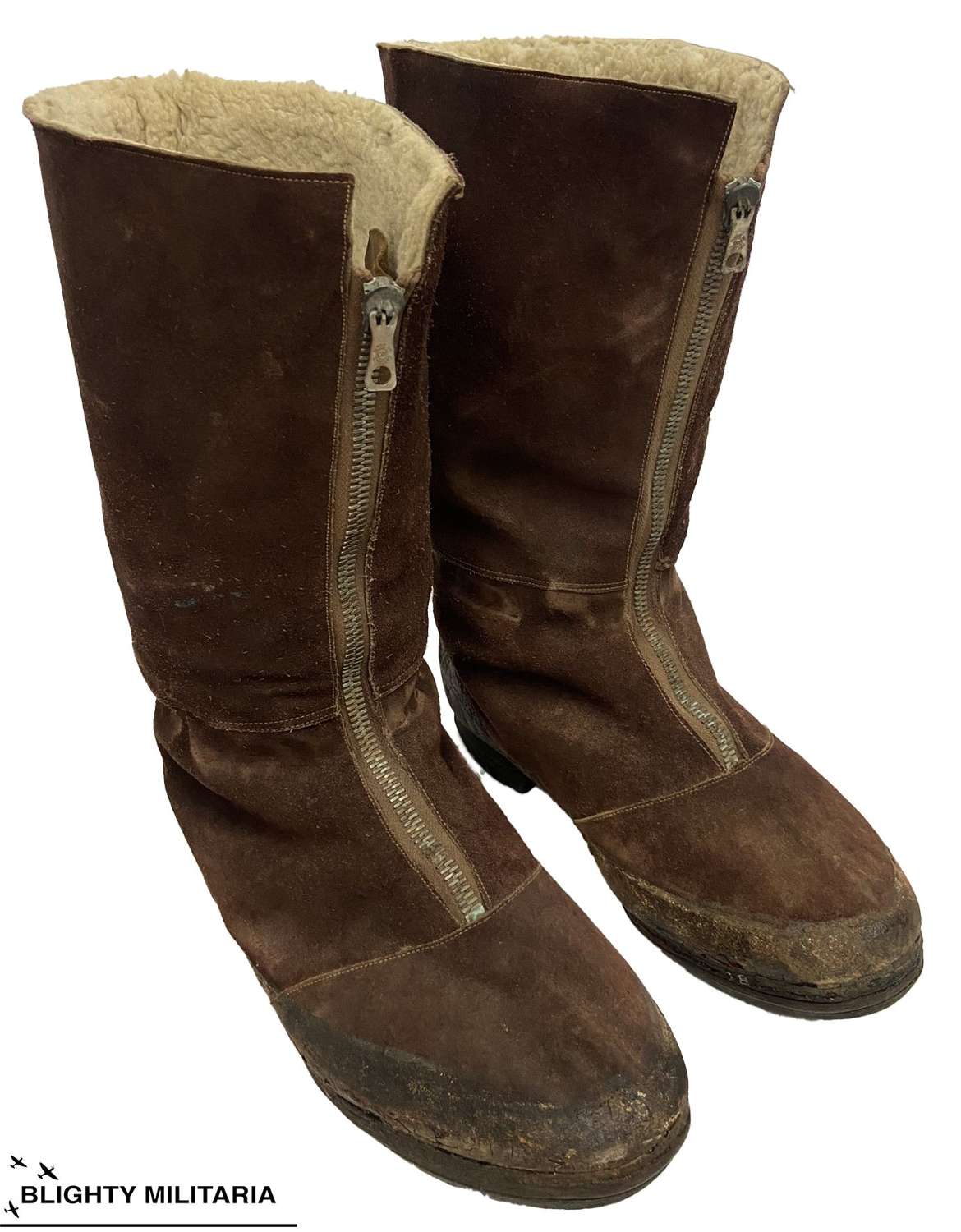 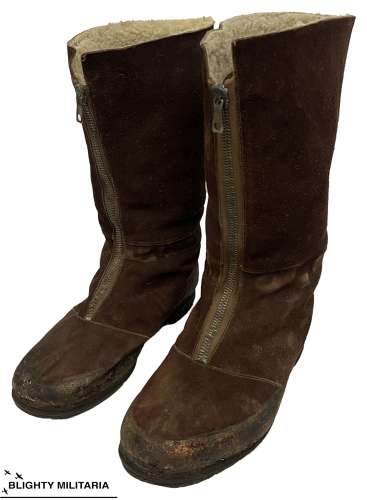 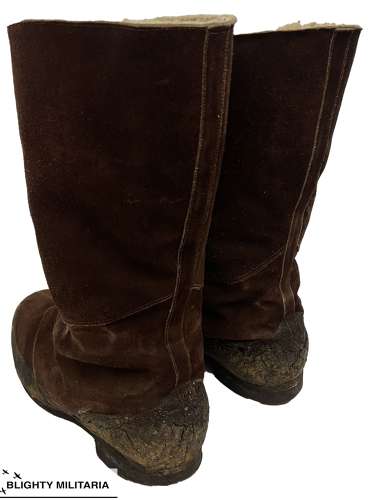 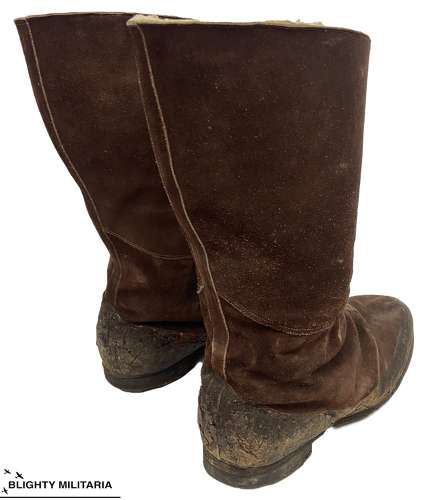 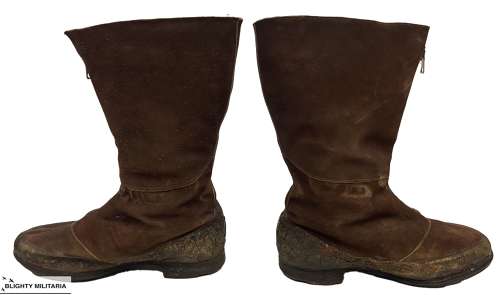 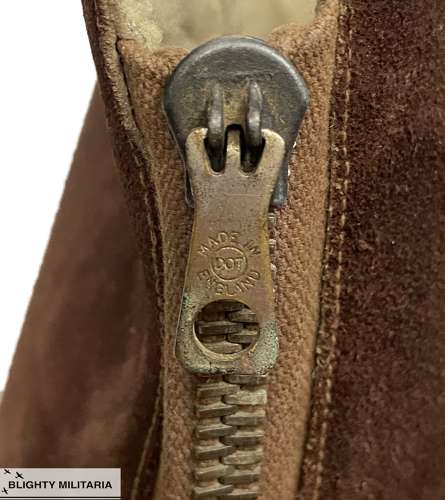 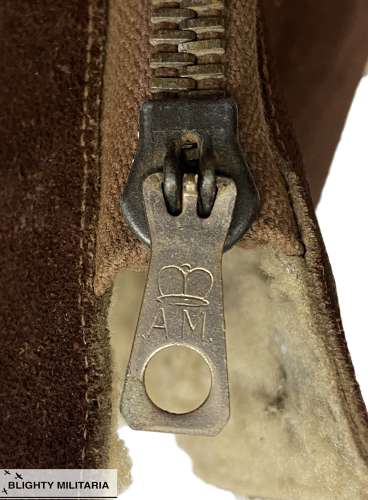 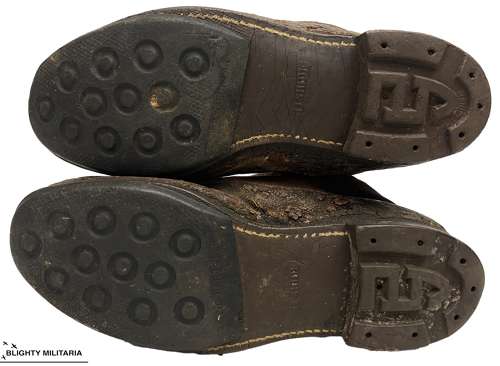 An original pair of 1940 Pattern Flying Boots in below average condition, dating from the Second World War.

These boots came into use with the Royal Air Force during the earlier part of the Second World War and became synonymous with Bomber Command air crews earning them the nickname 'bomber boots'. They were in fact used by all arms of the RAF as well as the Fleet Air Arm, making them a usable boot for a number of impressions. They also saw use with the USAAF, particularly the 8th and 9th Air forces. These particular boots are the 1940 pattern rather than the later 1941 pattern boots introduced at the very end of the Second World War. This means they are of guaranteed wartime manufacture.

The boots feature matching 'D.O.T' branded zippers which are not commonly found on this pattern. They feature the Air Ministry AM and crown marking to the reverse. The soles and heels have had original period sole and heel protectors added which are typical of the period and not a modern replacement.

The overall condition of the boots is reasonable although the rubber 'galosh' which runs around the sides and toe of the boots is in poor shape, as is evident in the pictures. The sheepskin lining is mostly intact although it has suffered from some limited moth damage. The suede uppers are also good however as are the soles and the zips function as they should. These issues have been reflected in the price but please take time to study the pictures before purchasing and bear in mind that these boots are a vintage pair of pre-owned boots which may have small issues commensurate with age.

Whilst not a perfect example they may be the basis for a project or work as a stop-gap in a collection.