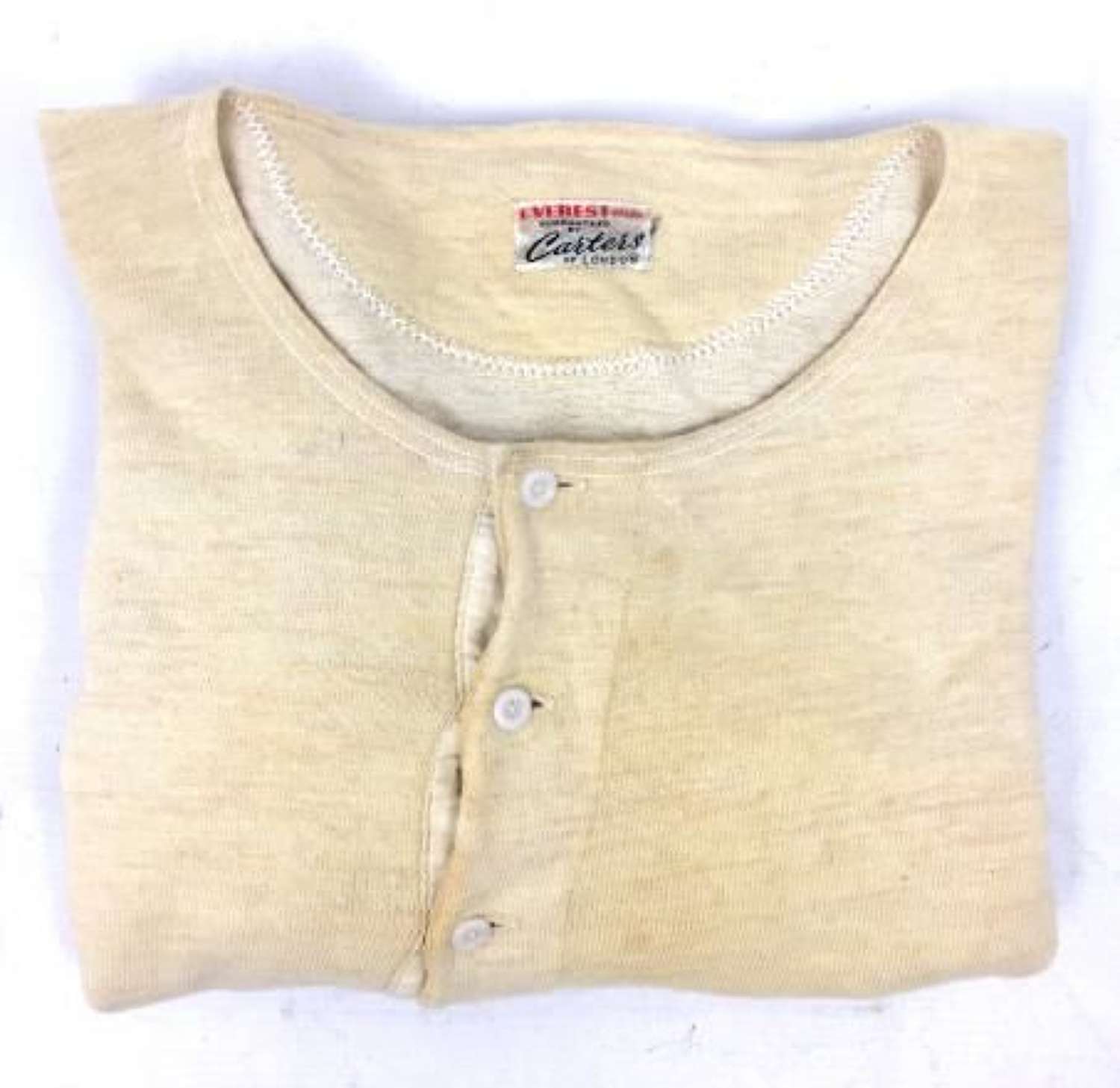 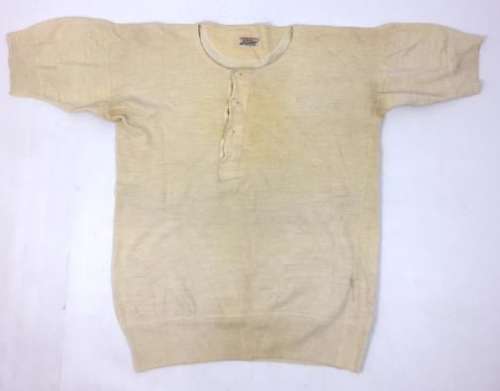 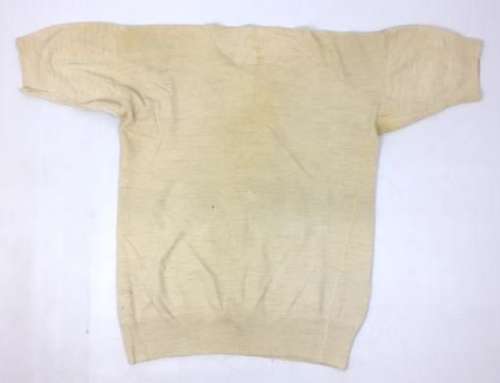 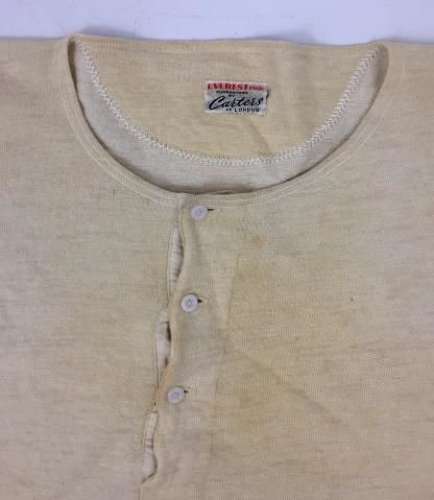 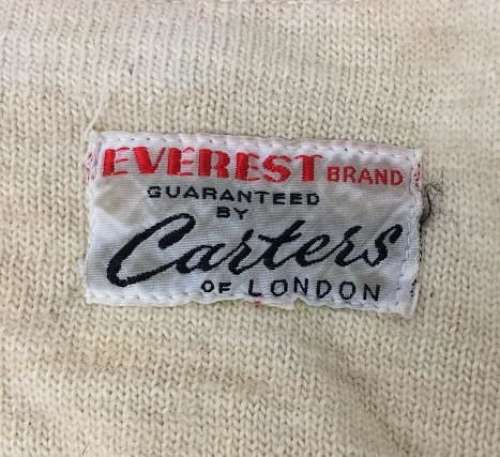 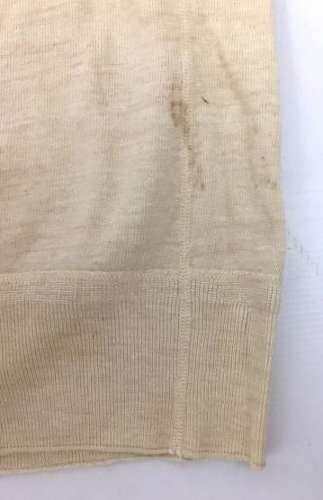 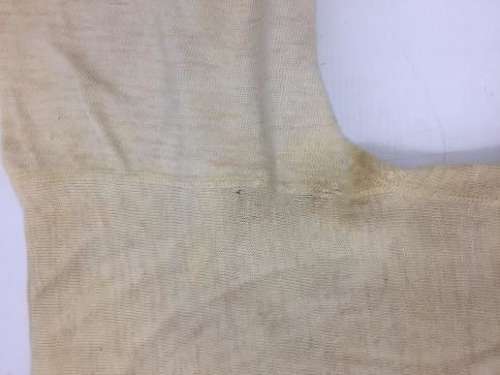 SOLD
An original mid-century men’s wool three button undershirt, most likely dating from the 1950s and in a large size.

This style of undergarment was popular with men for many years before slowly being replaced in favour of more modern equivalents by the 1960s. This particular example could easily date from the 1930s to the 1950s but the graphics on the label would suggest it is post Second World War. The style however remains unchanged with the three button front and wool material being identical to earlier examples.

This particular example was made by ‘Everest Brand’ and is ‘Guaranteed by Carters of London’. The label is a small size and typical of those found on undershirts of this period.

The top is a good larger size which are now very hard to find. It measures at 23” pit to pit and 23” between the shoulder seams. I would suggest it would be a good fit on someone of around a 44” chest.

The condition of the garment is good for its age and it doesn’t have any major signs of wear. It does have some marks etc which may be from storage and will most probably clean out. There are two small holes, one to the rear and one next to the left sleeve and can be seen in the pictures. Please study the pictures as they form part of the description.

All together a good original example in a harder to find large size.