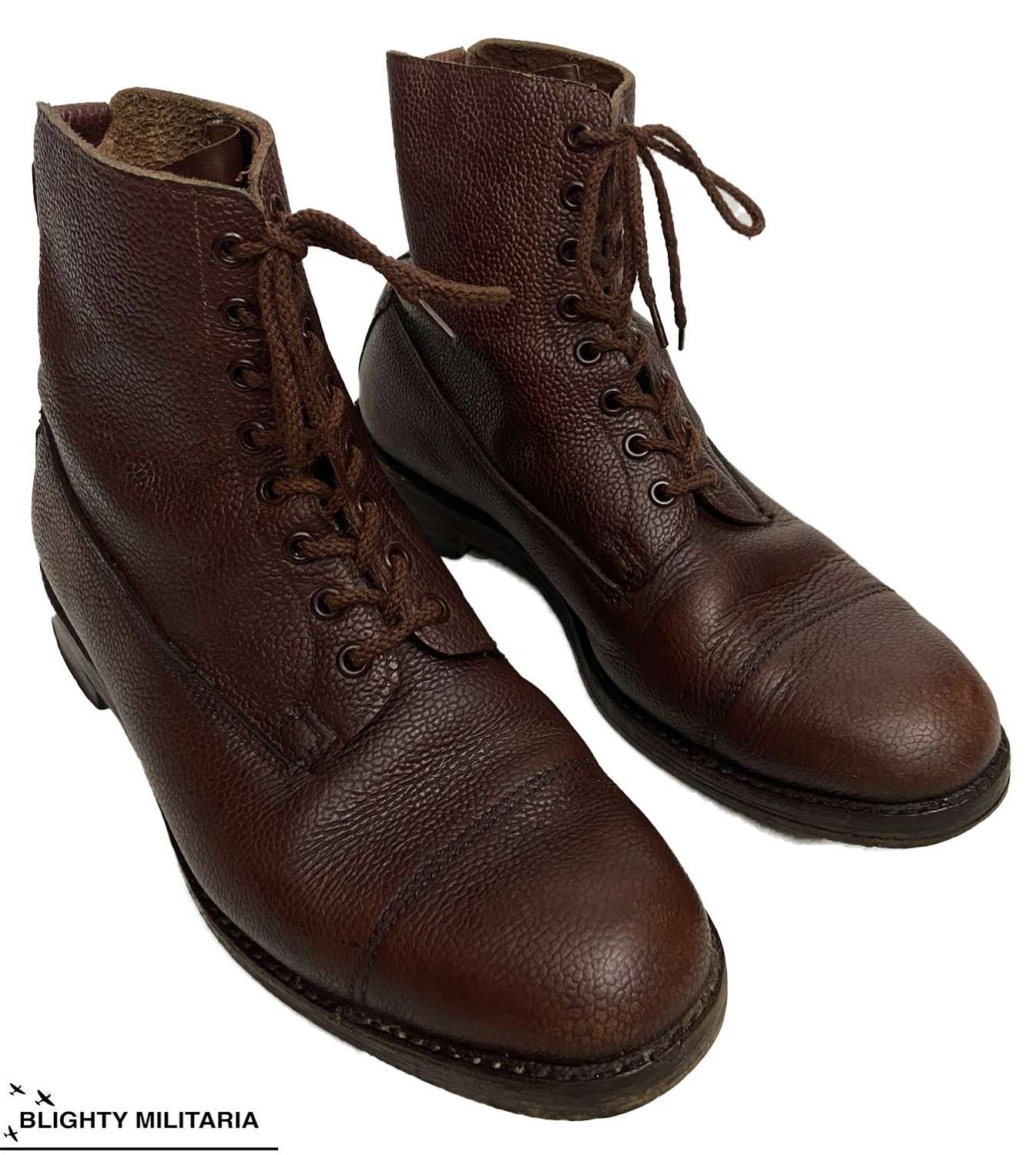 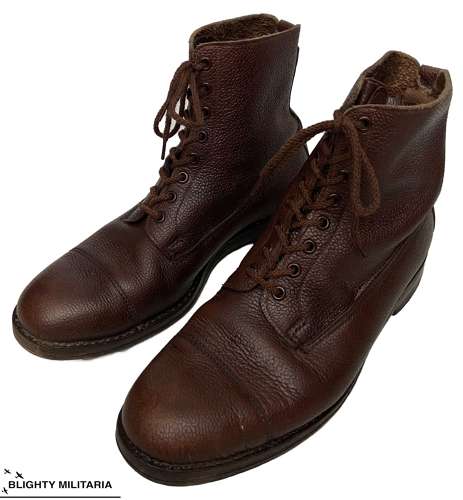 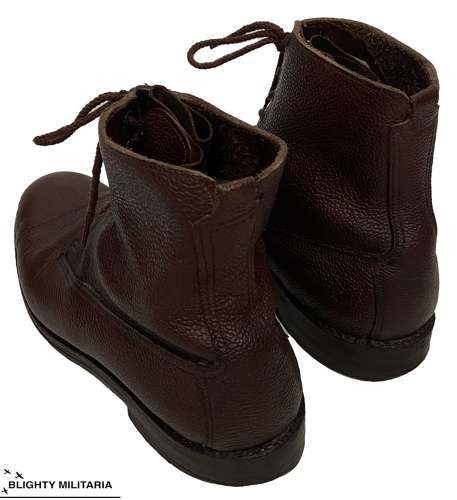 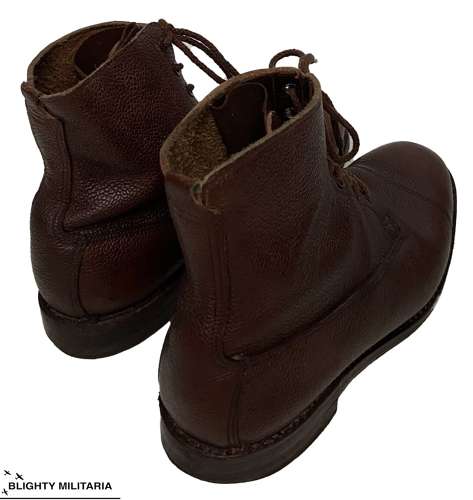 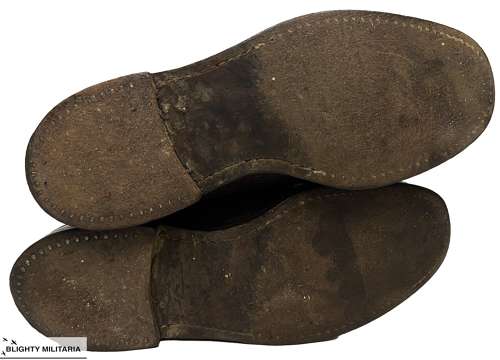 These are a classic pair of mid Century men's ankle boots which were popular in their day and are now highly sought-after. The boots are welted Veldtshoen style which feature zug grain leather uppers, a stitched toe cap, leather soles and heels. The boots feature eight brown painted metal eyelets. Inside the boots there is evidence of where the maker's name was originally although it is now hard to read.

The boots are in good condition as can be seen in the pictures. They have been worn and the soles and heels show wear. They are by no means worn-out and should stand up to some more wear and use. They are of course a vintage pair of boots which is important to remember.