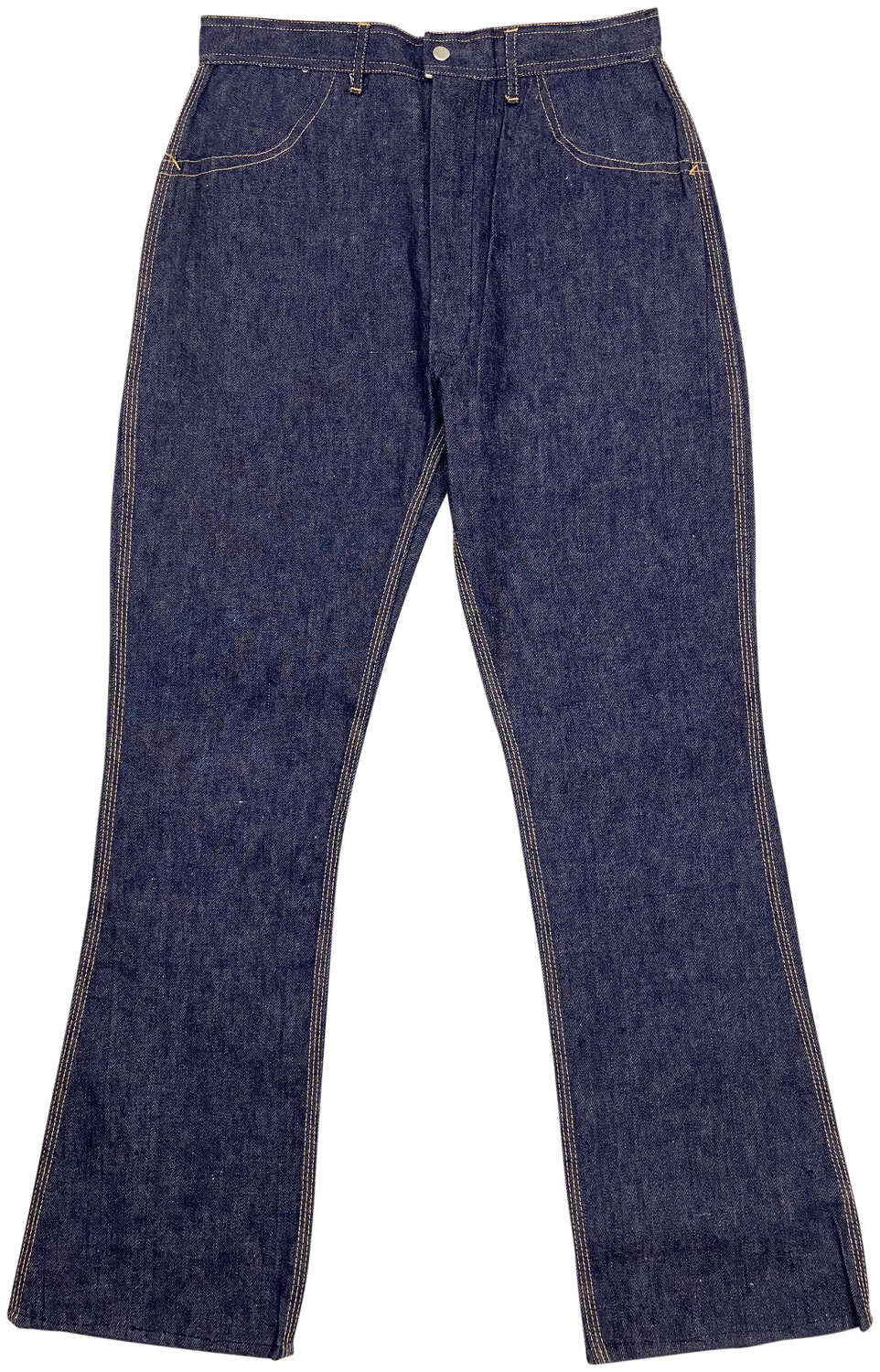 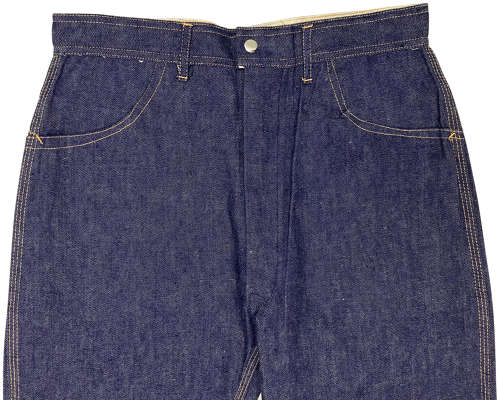 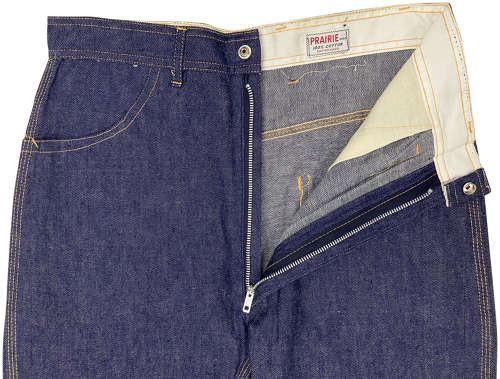 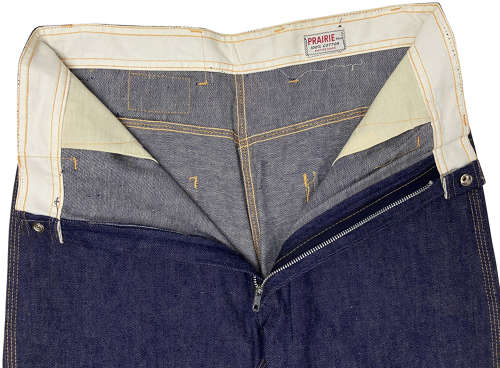 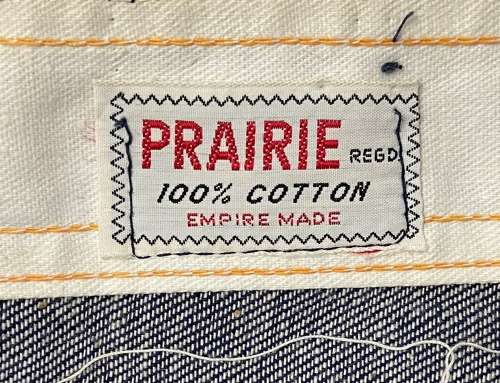 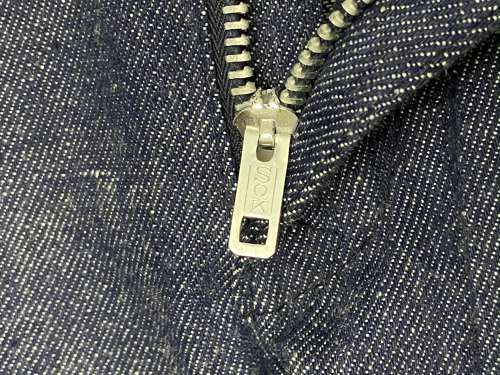 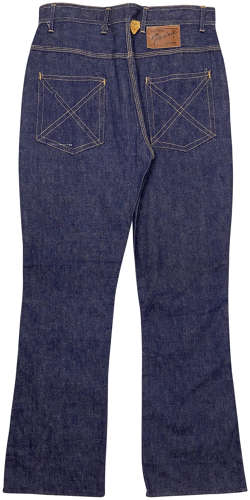 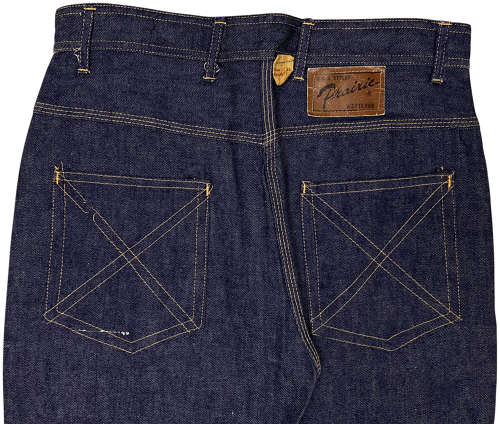 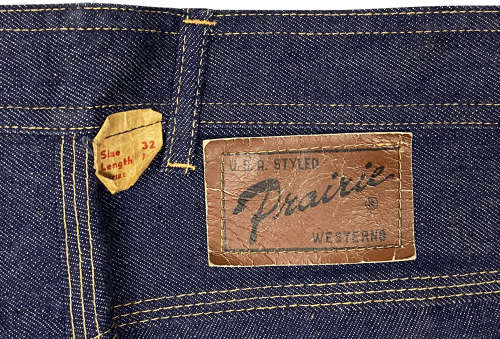 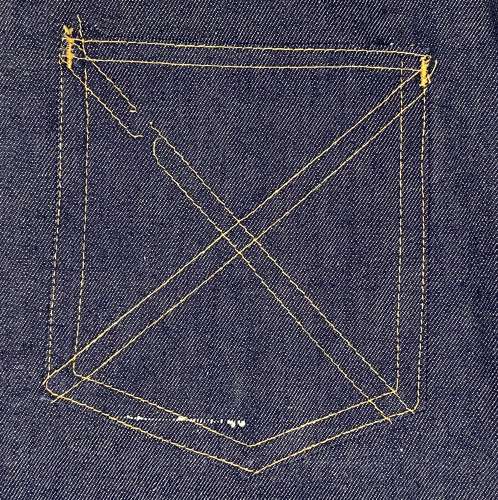 An original pair of British made jeans dating from the late 1960s and in new old stock, unworn condition.

These jeans are typical of those made in the 1960s in the UK. They are made from a thin, crispy cotton denim which is a deep blue shade and features classic yellow coloured stitching. The fly features a 'SOK' branded zipper and a chrome plated pop stud above it. belt loops are located at the waist whilst patch pockets are found to the seat. The front features frog mouth pockets as usually found on this style whilst the leg would be best described as 'boot cut' as they have a slight flare to them. This helps to date them to the latter part of the decade.

Inside the trousers the original label is still present and states the maker as 'Prairie'. The name is very American which is common to find with jeans during this period as they were still viewed as something American or to do with cowboys! After the brand name is the word 'Regd' which is often found on UK labels from the 1940s through to the 1960s. Also typical of the period is the addition of the words 'Empire made' to the bottom of the label.

The rear of the trousers also features a brown label with the brand name and the words 'U.S.A Styled Westerns'. Next to this is a size tag which would normally have been removed before wear. It states the size as 32 and the length as 43 and again bears the words 'Empire Made'. When laid flat they measure -

As previously stated the trousers are in unworn, new old stock condition. They may have small issues consummate with age but overall they display very well.

A nice original pair of British jeans which are very evocative of the era.