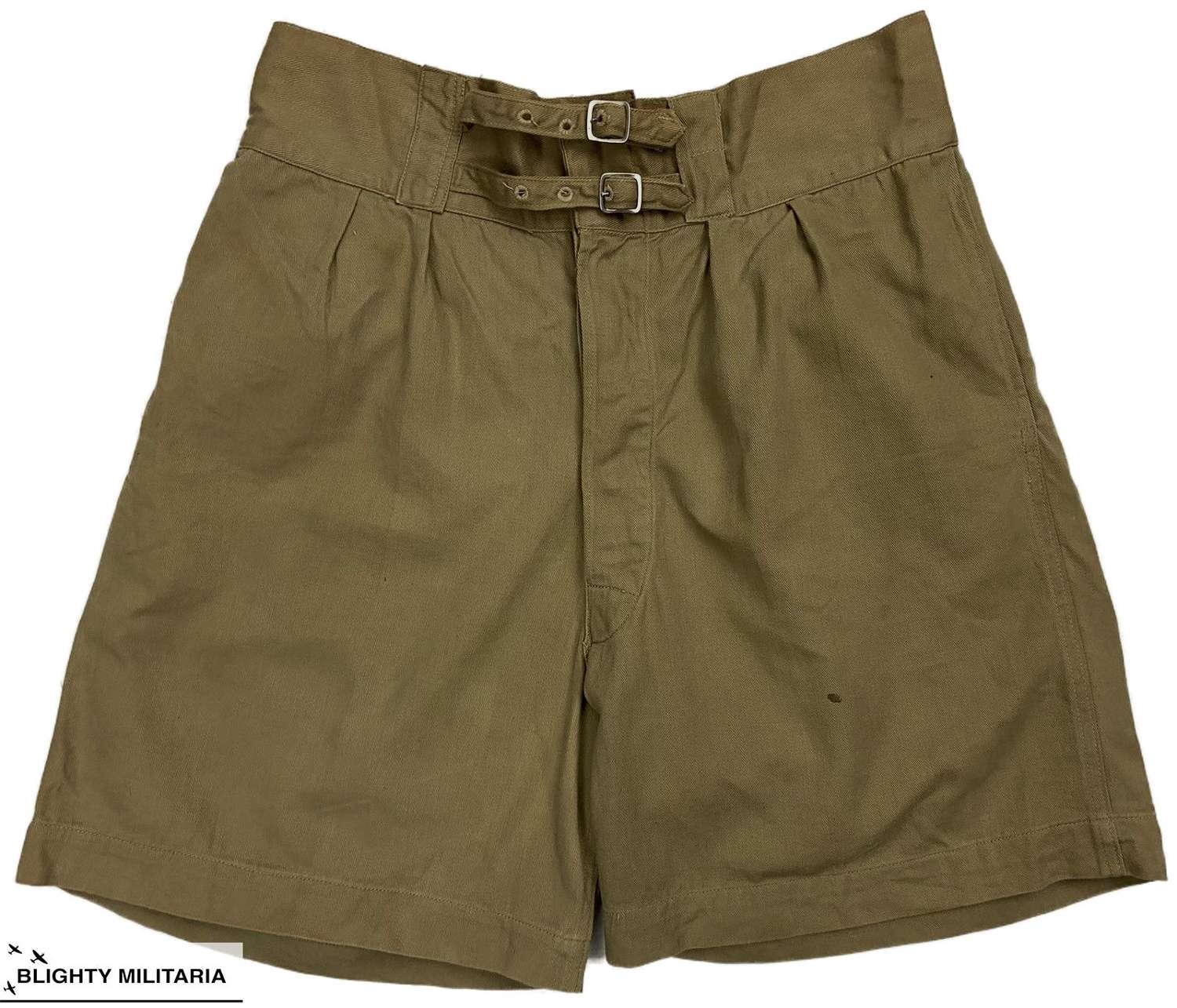 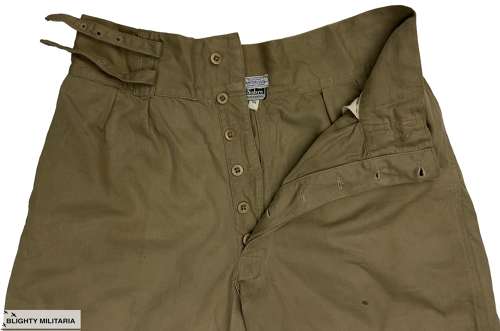 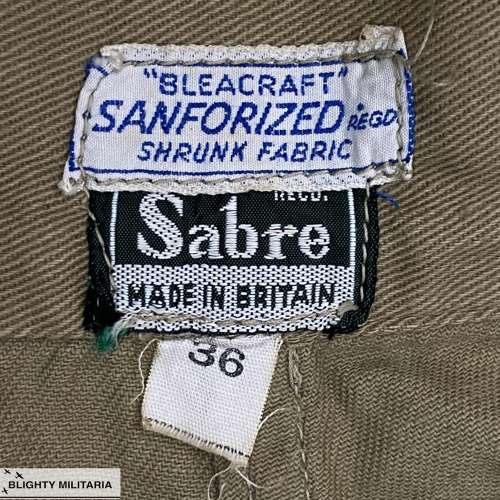 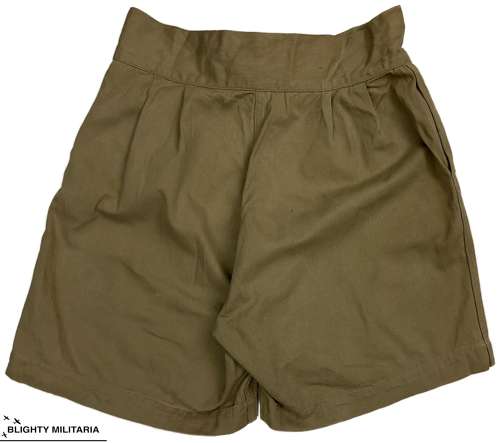 An original pair of British made Khaki Drill Shorts made by 'Sabre' in the late 1940s.

These shorts are typical of those worn by military personnel as well as civilians during the 1940s and 1950s. They are made from the standard khaki coloured cotton drill usually used in this period and feature a button fly and double waist belt and buckle closure which was first seen on the 1941 pattern shorts. The buckles are the original and an interesting, single prong design. The shorts feature a double pleated front and rear which is a notable feature of British military shorts and trousers from the Second World War period.

The shorts are in good condition with only limited signs of wear and use. They display well and are still very wearable but please study the pictures and bear in mind that these are a vintage, pre-worn item which may have small issues commensurate with age.

A nice pair of 1940s period British made shorts in wearable condition. These would make a great addition to any collection or could suit a re-enactor.