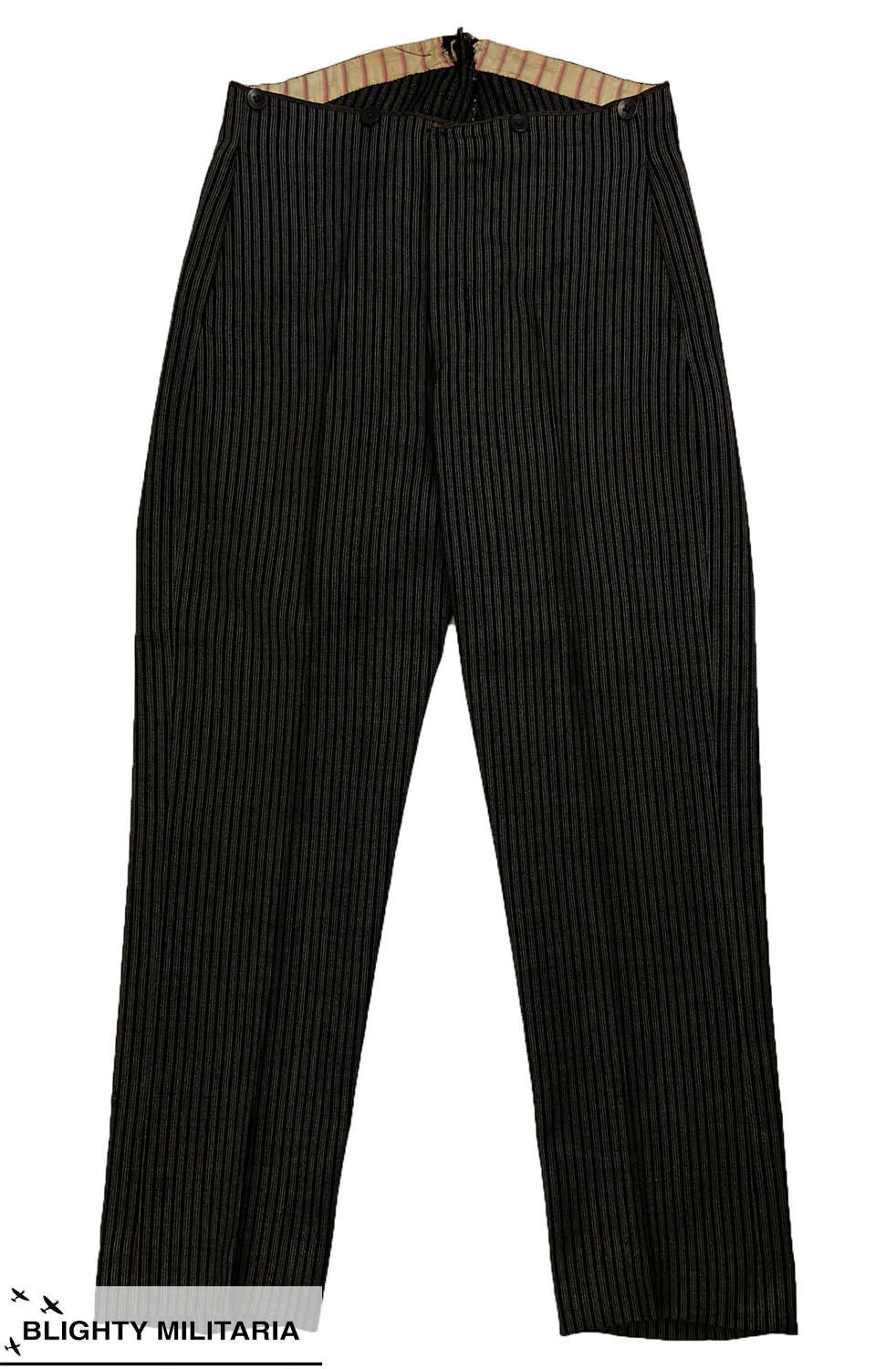 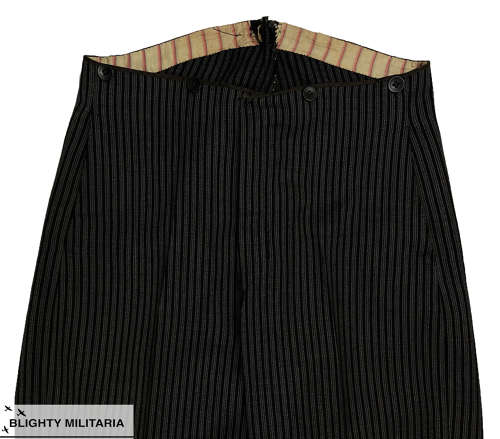 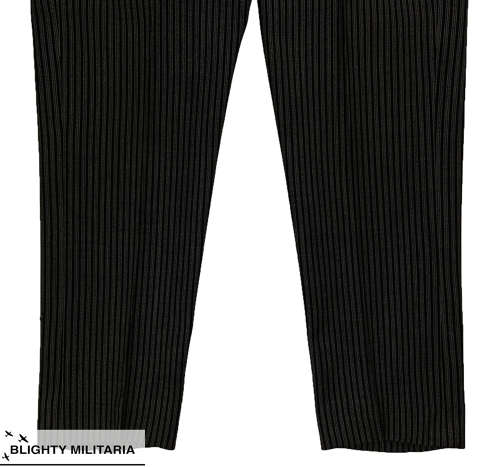 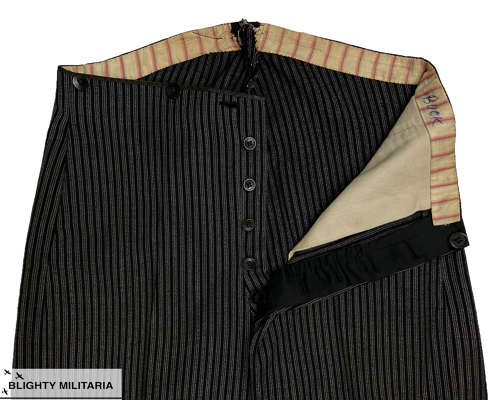 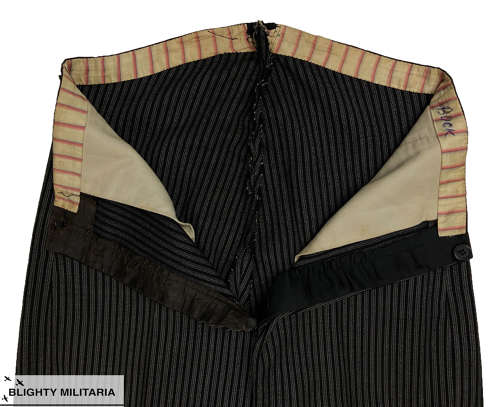 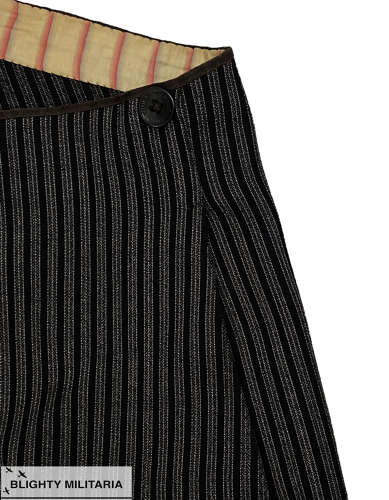 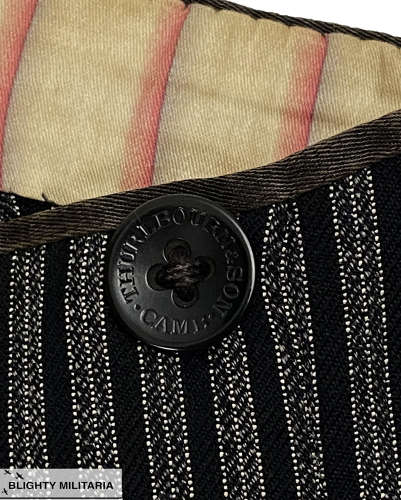 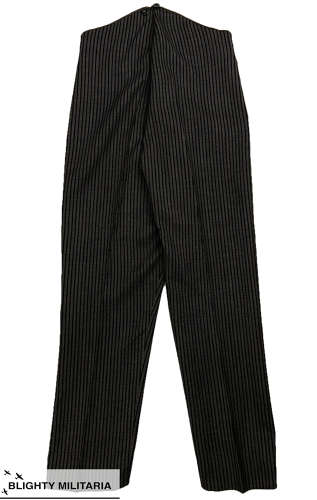 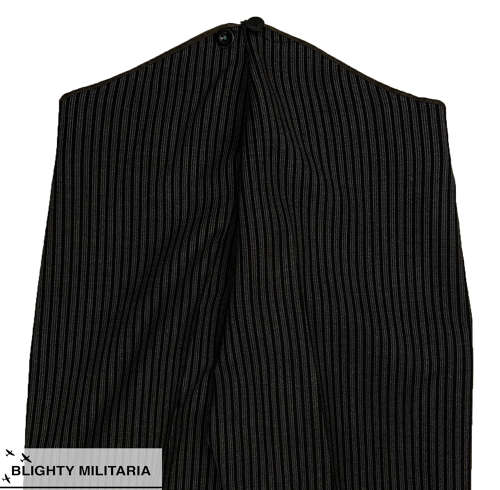 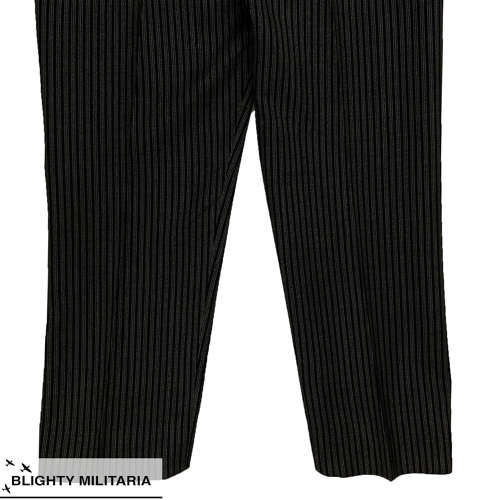 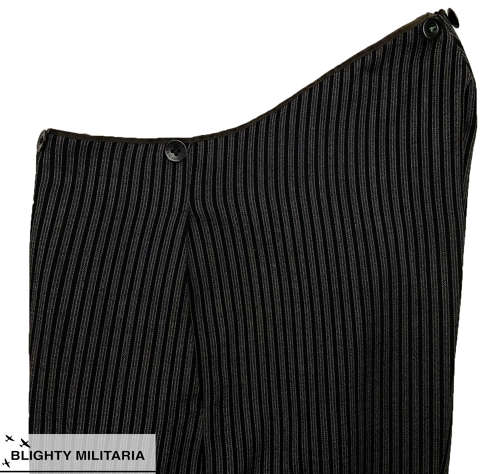 An original pair of men's morning striped trousers which date from the Edwardian period and are in good condition.

These trousers were made by Thurlbourn & Son which was a tailors shop situated on Trinity Street in Cambridge. I have found reference to the shop being a tailors and robe makers between 1861 and 1913. For how many years after this period it was still a tailors is not currently known.

The trousers are typical of the period featuring a flat front, narrow leg and large fishtail rise to the rear. They are made from a striped fabric of greys and black in the traditional morning style which would have been a common sight during this period. Straight slash pockets are fitted to the hips and sit more forward than is usually seen which is an interesting detail. The fly fastens with buttons and more buttons are located around the top of the waistband to which braces can be attached. All the buttons are marked with the maker's name.

The trousers are in good condition for their age with some signs of wear and use. There are no serious flaws and they are still very wearable but please take time to study the pictures and bear in mind that they are over 100 years old so may have small flaws commensurate with age.